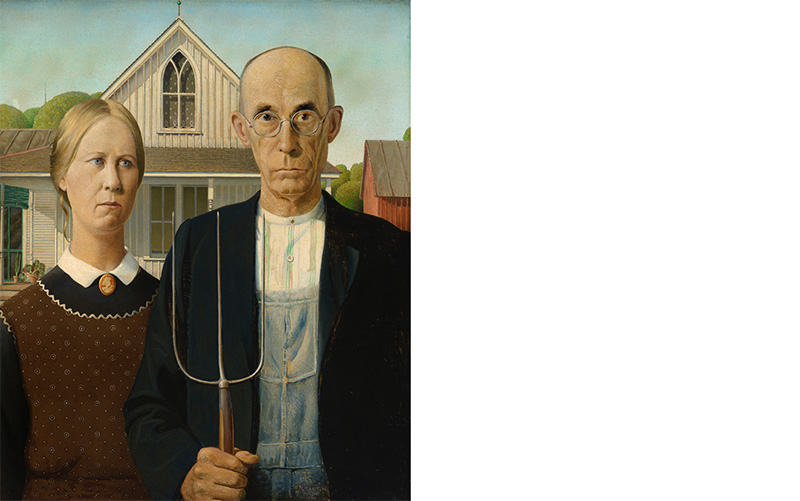 The work of Grant Wood is being highlighted in a retrospective at the Whitney Museum of American Art.

Grant Wood: American Gothic and Other Fables presents the full range of Wood’s art, from his early decorative objects and Impressionist oils through to his mature paintings, murals, works on paper, and illustrations. Wood (1891–1942), a relatively unknown painter from Iowa, became an instant celebrity following the debut of American Gothic at the Art Institute of Chicago in 1930.

The painting is his most famous work, and became an emblem of Americana. Wood believed that American art needed to break free from Europe and that the emergence of a rich American culture depended on artists expressing the specific character of their own regions.

For him, it was Iowa, whose rolling hills he used as the background for his earliest mature portraits. The exhibition will be on display in the Neil Bluhm Family Galleries at the Whitney until 10 June, 2018.