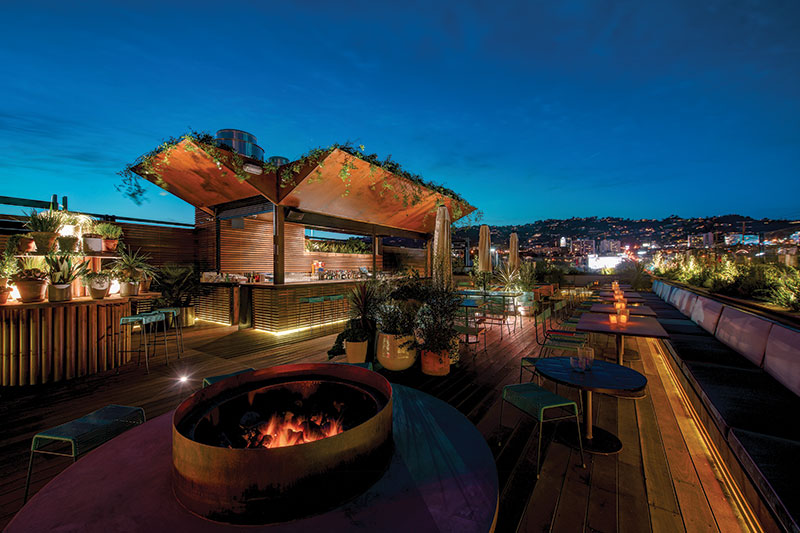 “I love Los Angeles – it reinvents itself every two days,” Scottish comedian Billy Connolly once said. And it’s that energy, the restlessness, the refusal to rest on its laurels that makes Los Angeles such a seductive travel destination; one where being bored is never an option.

While first-time travellers to the City of Angels still focus on its classic attractions – Hollywood, the theme parks and perhaps its beaches – there is always something fresh to occupy repeat visitors, with an ever-evolving restaurant and bar scene, new museums and attractions and a recent focus on neighbourhoods, each with its own character and quirks.

To coin a cliché, there’s something for everyone in Los Angeles, whether it’s the glamour of Beverly Hills, the isolation of the Hills, the gay abandon of West Hollywood, clean-living in Santa Monica or the cultural mixology of Koreatown. Far from being a city without a heart (as it’s often accused of), Los Angeles is instead a city with many beating pulses. Take the time to explore, delve a little deeper, and you’ll start to appreciate that the City of Angels is not just a gateway, but a worthy destination in its own right. Here’s a glimpse of what Los Angeles has in store for 2016. 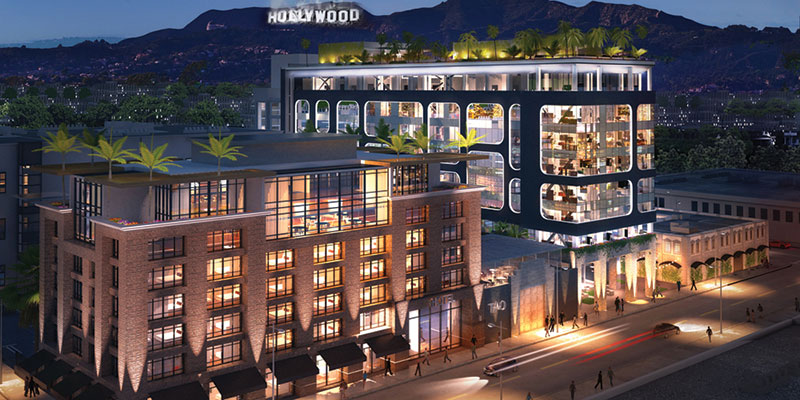 Los Angeles welcomed a record 45.5 million visitors in 2015, and as tourism booms, so does the demand for more hotel rooms. Perhaps the most anticipated new property is James Hotel, due to open in December 2016 on legendary Sunset Boulevard in West Hollywood. This ‘mixed-use’ property will include a 286-room hotel, private residences, galleries and a shopping precinct, as well as two restaurants, a rooftop bar and a massive meeting space.

Meanwhile, Downtown continues its renaissance, with hotels such as Ace, located in the original United Artists theatre on South Broadway, setting the bar for innovative adaptations of historic landmarks. Continuing that trend is Dazzler Clark, occupying a renovated 113-year-old, 11-storey building just north of Pershing Square. Part of a boutique Argentinian hotel group, this long-anticipated hotel is expected to open in April 2016, and will feature 347 guest rooms with Mod styling, a pool deck and multiple dining spaces.

Also opening in April will be the West Coast’s first Dream Hotel – a brand known for its celebrity following. The slick, hyper-modern 10-storey hotel is located in the heart of Hollywood on Selma and Cahuenga (alongside a revamped pedestrian plaza and entertainment hub) and will feature a rooftop pool, bar and lounge boasting city skyline views as well as a private entrance for VIP guests.

Arguably the quirkiest new hotel on the LA scene is Mama Shelter, an intimate, budget-friendly 70-room property located in a 1930s building just off Sunset Strip. Eclectic in vibe and décor, it’s the hippest kid on the block, with copies of Keith Richard’s biography and LA-centric screenplays such as The Big Lebowski sitting alongside The Bible on bedside tables. A rooftop pool is currently under construction, destined to become a meeting place for Hollywood players and up-and-coming starlets. 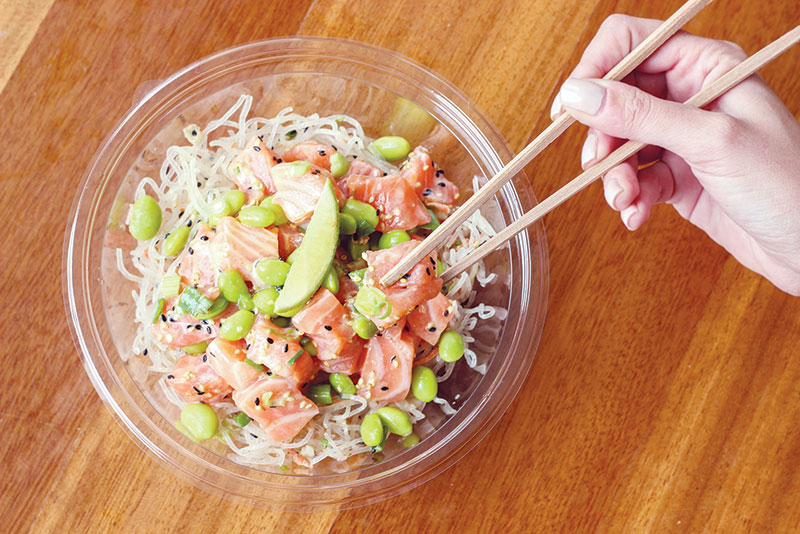 Eat
I’m going out on a limb here with a bold statement: Los Angeles is the most exciting food city in America. Stiff competition, innovative chefs, access to fresh produce and multi-cultural influences have all somehow gelled to create a culinary boomtown, one where simple fare sourced from markets, food trucks and pop-ups are as valued as fine dining.

Epitomising the LA gastronomic dream is the latest celebrity chef, Roy Choi. Born in Korea but raised in the gangland of LA’s K-town, Choi forged his reputation in a food truck, doling out the unlikely fusion of Korean barbeque tacos. His $2 short rib tacos – homemade corn tortillas loaded with double- caramelised Korean barbecue, salsa roja, cilantro-onion-lime relish and a Napa Romaine slaw tossed in a chilli-soy vinaigrette – is now considered an LA classic, while Choi has been described as the “godfather of the food truck movement” and the “JayZ of the food world”.

Choi has since gone on to run several Los Angeles area restaurants and is the creative force behind the much-lauded Line Hotel in Koreatown. Choi’s latest offering is a fast-food chain called LocoL, with its first LA location on East 103rd Street in the gritty Watts neighborhood. Judging by the queues camped outside the restaurant prior to its 18 January launch, Choi has once again delivered, presenting fresh and healthy meals for the price of a drive-through hamburger.

Fresh and affordable seems to be the new mantra in the LA food scene. In West Hollywood, Gracias Madre serves up innovative vegan Mexican dishes using locally-grown organic ingredients; while out on the hippie-friendly Pacific coast, the ‘raw’ revolution continues with the opening of Matthew Kenney’s Plant Food + Wine in Venice Beach.

Another food trend that’s kicked off in Los Angeles is poké, the Hawaiian version of ceviche featuring raw tuna seasoned with soy or sesame oil, and tossed with anything from sea salt to green onion, seaweeds or jalapeno. Santa Monica’s Sweetfin Poké specialises in ‘build your own’ bowls – quick, simple and raw; while several poké restaurants have sprung up in West Hollywood, including Poké Bar on Sunset Boulevard.

Drink
For me, Los Angeles’ bar scene is all about two little words: happy hour. Angelenos love to grab a drink after work, and there’s no better way to wind down than with a cheap and cheerful cocktail or glass of wine, served with a platter of bar snacks in a lively, convivial atmosphere.

One dollar oysters and $5 draft beer are the biggest drawcards at K-Town’s EMC Seafood and Raw Bar; while Gracias Madre discounts drinks between 3pm and 6pm, with $5 snacks complementing delicious mescal-based cocktails. 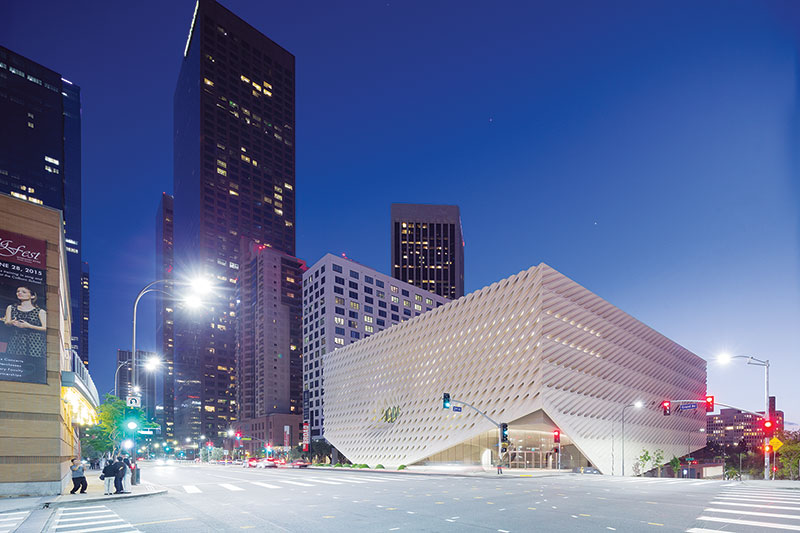 Play
Los Angeles was once considered somewhat of a cultural desert, a superficial town that lacked the museums and galleries of its eastern rivals, New York, Chicago and Washington DC. In the past few decades, however, Los Angeles has turned that notion on its head, with some of the city’s most prominent, wealthiest citizens donating their private holdings to the public domain.

The expansive Getty Center in Brentwood, for instance, houses the entire contents of the Paul J Getty Trust, an enviable collection of European masters, post-Renaissance sculpture and decorative arts, and contemporary paintings and photographs. Nearby on the UCLA campus, the Hammer Museum features the private collection of industrialist Armand Hammer and today serves as a showcase for emerging artists.

Los Angeles’ newest contemporary art museum is The Broad, housed in a modern, $140 million glass palace Downtown. This free museum is home to 2,000 works of art donated by philanthropists Eli and Edythe Broad, with masterpieces by Andy Warhol, Jeff Koons, Jasper Johns and Roy Lichtenstein on rotational display. Located across the street from the Museum of Contemporary Art and next door to the Walt Disney Concert Hall, the Broad completes a new entertainment and cultural hub.

For a bird’s-eye view of The Broad and the rapidly-developing Downtown area, head up to the 69th and 70th floors of the US Bank Tower. Scheduled to open mid-2016, OUE Skyspace will be the tallest open-air observation deck in California, with vistas from the Pacific to the mountains, with LA in between. It will also have a glass slide down two floors on the outside of the building. Gulp.

Perhaps the most anticipated new attraction in LA, however, is one that appeals to the young and young-at-heart – the Wizarding World of Harry Potter at Universal Studios Hollywood. Opening 7 April 2016 and five years in the making, the highlight of this new ‘experience’ will be the signature 3D-HD ride, ‘Harry Potter and the Forbidden Journey’, which will take thrillseekers on a manic journey above Hogwarts Castle, dodging dragons and the Whomping Willow with the help of Quidditch-inspired 3D goggles.

Getting Around
“LA is a great big freeway,” diva Dionne Warwick crooned in the Burt Bacharach-penned 1968 hit, Do You Know the Way to San Jose. But … drum-roll please … things are about to change with the long-awaited light rail link from Culver City Station to Santa Monica on 20 May, 2016.

The 10.6 kilometre second phase of the Metro Expo Line will connect the beach to Downtown LA, Pasadena, San Fernando Valley, South Bay, Long Beach and dozens of points in between. Finally, a public transport system that goes somewhere, linking the wonderfully diverse neighbourhoods of the city and providing an alternative to car travel for international visitors! •