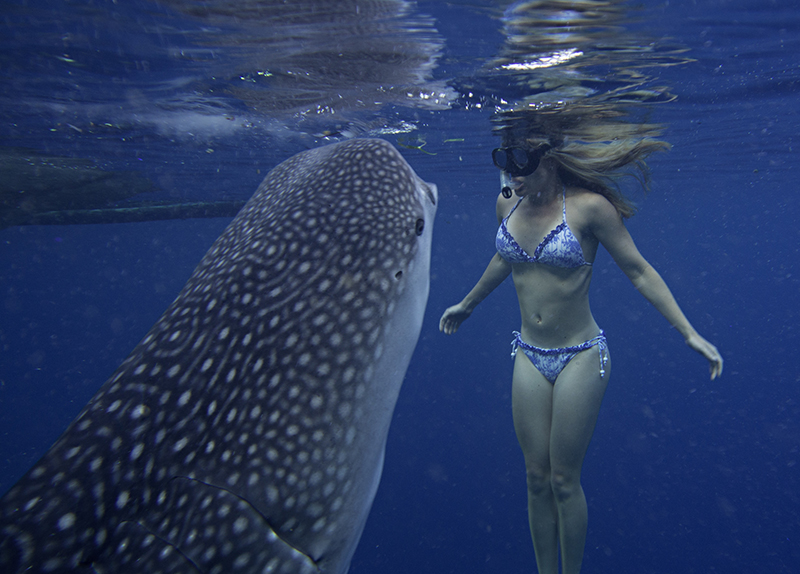 The 2015 tagging of whale sharks by marine researchers from Conservation International and guests on adventure cruise ship TRUE NORTH during the ship’s Whale Sharks of Cenderawasih Bay route has revealed surprising results.

Every year when the luxurious TRUE NORTH visits biodiverse Cenderawasih in West Papua, guests have the unique opportunity to swim with the resident population of whale sharks.

The sharks are easily approached due to their unique relationship with local fisherman, so biologists have managed to deploy fin-mounted satellites on the sharks. This has revealed the sharks’ surprising travel routes when leaving the bay.

“Perhaps the most surprising finding has been just how differently each of the tagged sharks has behaved,” Conservation International Mark Erdmann says.

“We expected to see some general tracks of migration but in reality each shark has largely done its own thing!”

During a 25-month period, one of the sharks only left Cenderawasih Bay once, whereas a smaller three-metre Fijubeca swam 9,000 kilometres.

The satellite data revealed many regions of West Papua that are frequently visited by migrating sharks, and those areas are being considered for inclusion in Indonesia’s marine park system.

In October the TRUE NORTH returns to Cenderawasih Bay, with the hope that more sharks will be added to the tagging program.

Other exceptional TRUE NORTH destinations include the rugged mountains and spectacular waterfalls of the Kimberley, fishing paradise at the Montebello Islands, and some of Indonesia’s most spectacular islands including Komodo; home to the largest lizard on earth.