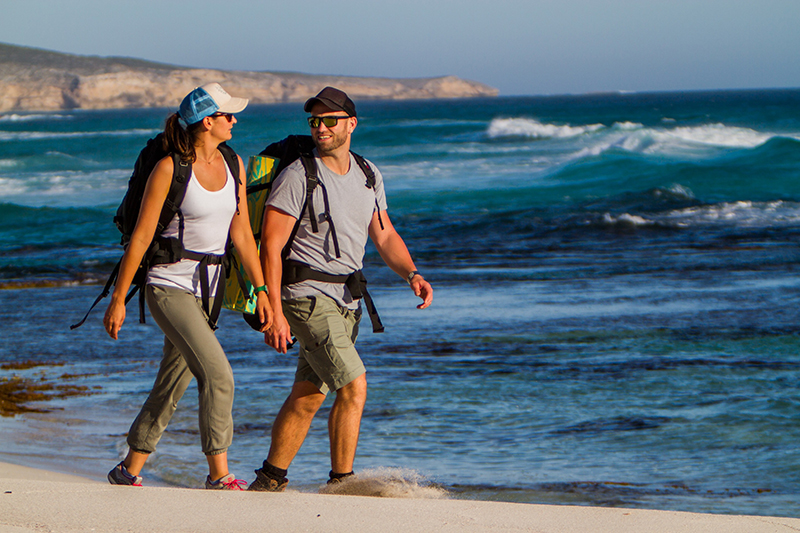 Kangaroo Island Odysseys has launched new packages on the new 61-kilometre Wilderness Trail. Choose a two- or three-night fully inclusive tour discovering some the most rugged, remote and spectacular coastlines in Australia.

The small-group tours are fully guided along selected sections of the Trail with guests transferred from the Kangaroo Island Wilderness Retreat to the trail in luxury 4WD vehicles.

Day one takes in Seal Bay with its colony of Australian sea lions, a gourmet picnic lunch and South Australian wines on a heritage-listed bushland property and some of the areas spectacular beaches. Day two takes in the 13-kilometre section of the Wilderness Trail between Cape du Couedic and Sanderson Bay with the highlights being Admirals Arch and Remarkable Rocks. Day three takes in the 13.5-kilometre walk from Sanderson Bay to Grassdale, with its towering cliffs, Hanson Bay beach and Kelly Hill Conservation Park.

The tours will be running from July to November 2017 and in February and March 2018.