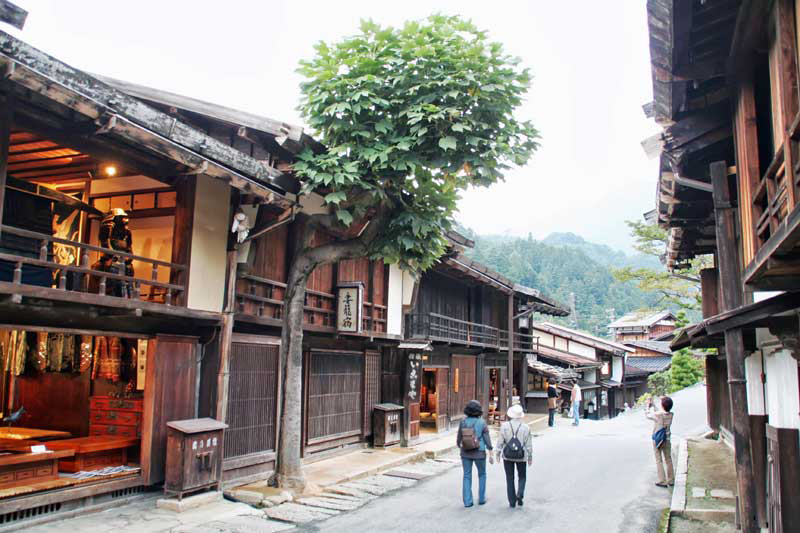 Designed to showcase the best of each season and location, the Summer, Autumn and Winter tours are created for travellers who enjoy walking as much as they are interested to learn about the ancient culture of Japan, and can be customised for individuals or groups to a maximum of 12 people, with varying levels of fitness and activity.

Levels begin from the easiest, Level 1, which requires walkers to be able to handle their own luggage, climb a few flights of stairs and walk less than five kilometres per day, through to the most challenging level, Level 6, which can include up to eight hours of moderate-paced activity per day over varied, mountainous terrain.

Combining activity, interest and pleasure, the tours showcase Japan in context that are authentic, informative and make sense of sights and customs to visitors. They encourage the traveller to mix with Japanese locals and engage in their way of life, culture and food, with accommodation in traditional Japanese inns, or ryokans. On occasion, when in the larger cities, travellers stay in the centrally located, carefully selected hotels.

A Level 3, 11-day tour starting in Kyoto and finishing in Tokyo exploring one of Japan’s ancient highways, the Nakasendo.  In the 17th century, the Nakasendo was crowded with travellers, including feudal lords, samurai, itinerant merchants and pilgrims.  Now largely forgotten and quiet, the road provides a pleasant path through scenic countryside and, also, the history of Japan. 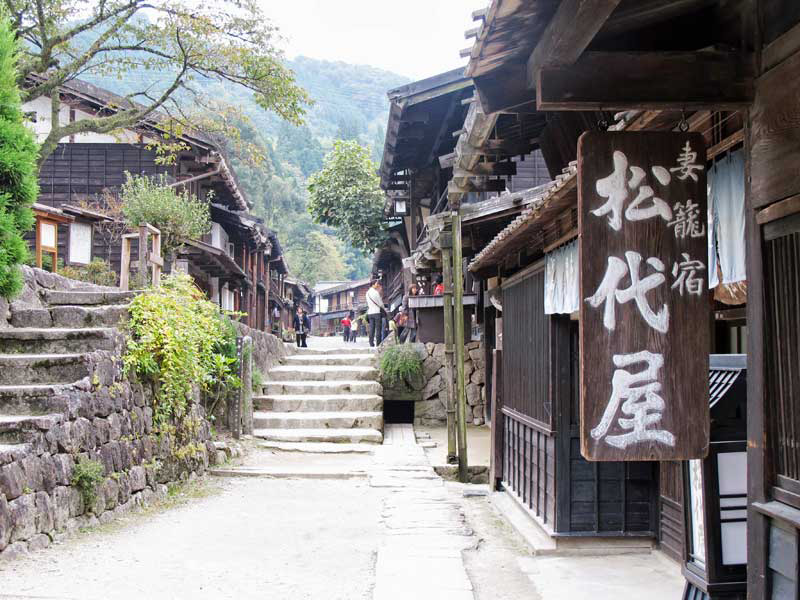 Summer Nakasendo Way
A Level 3, eight-day tour starting in Nagoya and finishing in Matsumoto.  It takes travellers to areas at higher altitudes and is designed to provide a comfortable walking experience in summer.  It explores the best parts of one of Japan’s ancient highways, the Nakasendo; the beautiful Kaida Plateau; and Matsumoto, a delightful regional city dominated by its castle, a Japanese National Treasure.

Hokkaido Hike
A Level 6, 10-day tour starting in Akan-ko and finishing in Shikotsu-ko Onsen.  It explores the wild side of Japan on the sparsely populated, northerly island of the Japanese archipelago, with an emphasis on nature.

Nakasendo Way: The Kiso Road
A Level 3, five-day tour starting in Nagoya and finishing in Matsumoto, traversing one of the most beautiful parts of the highway.  It follows the ancient Nakasendo Way through the Kiso Valley of central Japan and also reaches the high alpine Kaida Plateau.

Kunisaki Trek
A Level 5, 10-day tour starting in Fukuoka and finishing in Yufuin, that follows in the footsteps of monks who have walked through the mountains of the Kunisaki Peninsula for more than a thousand years, nestled into the western end of the Inland Sea on Kyushu, the most westerly island of Japan.  Such is the authenticity of this largely untouched rural peninsula that few Japanese, and even fewer foreigners, know of its existence. 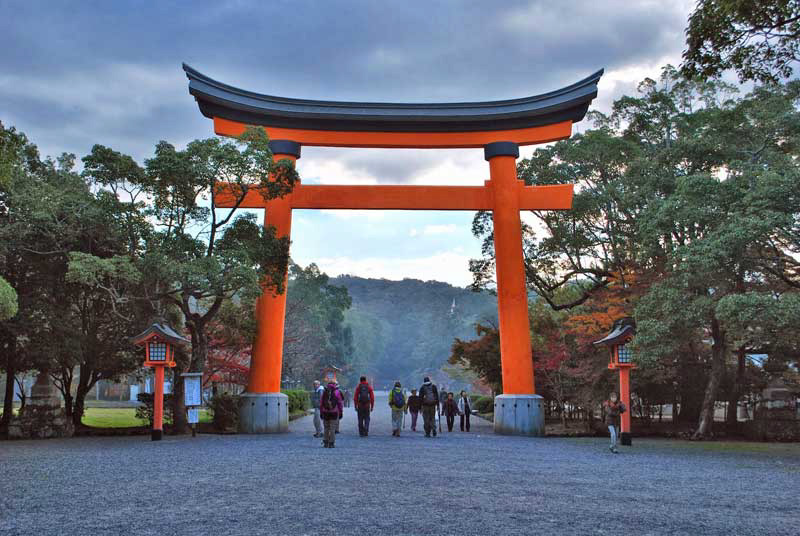 Kunisaki Retreat
A Level 1, seven-day tour based on the largely undiscovered Kunisaki peninsula.  This one is for the mind and body, focusing on meditation, gentle exercise, relaxation and learning first-hand some of the traditions that make the beautiful peninsula of Kunisaki so special.  It also has excellent local cuisine and a little walking.

Basho Tour: Narrow road to the North
A Level 2-3, 10-day tour starting in Tokyo and finishing in Kyoto, following in the footsteps of 17th-century Japanese poet Matsuo Basho, based on his most famous poetic travelogue, Narrow Road to the North. 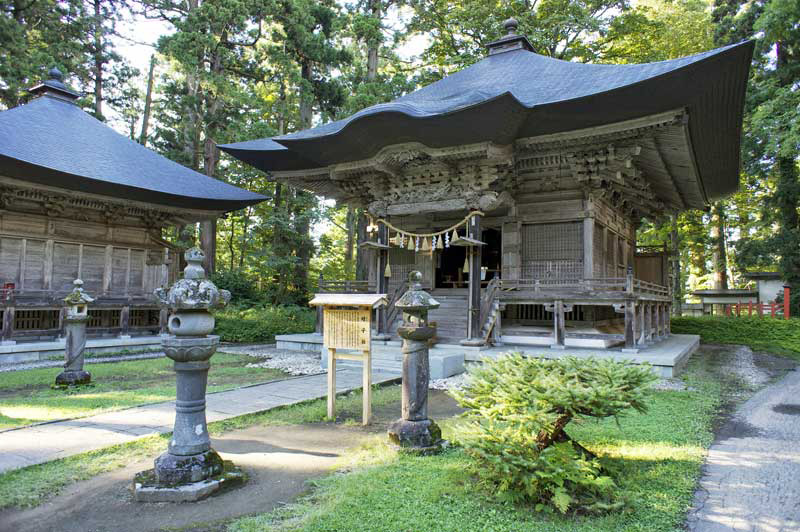 Kyushu Expedition
A Level 5, eight-day tour starting in Yufuin and finishing in Kagoshima, offering excellent trekking through the volcanic heartlands of Kyushu and through the ancient rainforests of Yakushima, one of the wettest places on earth.

Kunisaki Trek: Yufuin & Kunisaki
A Level 2-3, five-day tour starting at Fukuoka’s Hakata Station and finishing at Yufuin, providing an introduction to the Kunisaki Peninsula, one of Japan’s most beautiful yet least known areas, and nearby Yufuin, one of Japan’s elegant onsen thermal hot spring resorts.

Tokyo Tour
A Level 2, two-day tour exploring the city of Tokyo, from its history as the city of the samurai to its modern-day culture.

Kyoto Tour
A Level 2, two-day tour that takes visitors through the city’s rich history while exploring in depth some famous and some less well-known areas that were instrumental in making Kyoto the cultural capital of Japan. 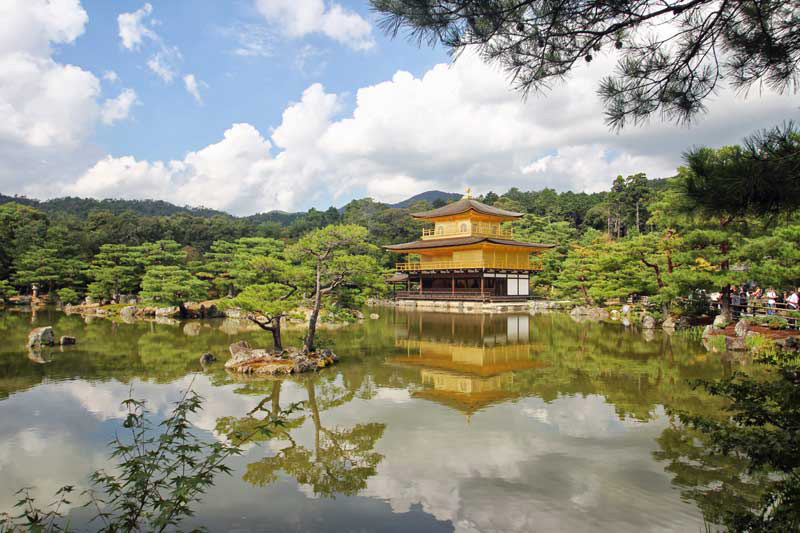 Kumano Kodo Pilgrimage
A Level 4, nine-day tour starting in Osaka and finishing in Ise.  One of only two pilgrimage routes on UNESCO’s World Heritage list, this walk moves from the modern, vibrant city of Osaka to the mountain temple community of Koyasan and the Japanese Imperial shrine at Ise. It is a journey through a thousand years of Buddhist history on Japan’s beautiful Kii Peninsula.

Izu Geo Trail
A Level 3, seven-day tour starting in Tokyo and finishing in Shuzenji on the Izu Peninsula.  A geological treasure trove to explore, the peninsula is bubbling with seismic and geothermal activity, peppered with volcanoes and carved by both river and sea.

Winter Nakasendo Way
A Level 3-4, seven-day tour starting in Nagoya and finishing in Matsumoto, it follows some of the most scenic and enjoyable sections of the ancient Nakasendo highway in the brisk winter months.  Thermal hot spring baths are an enjoyable feature of this walk, and are a great way to wind down at the end the day.