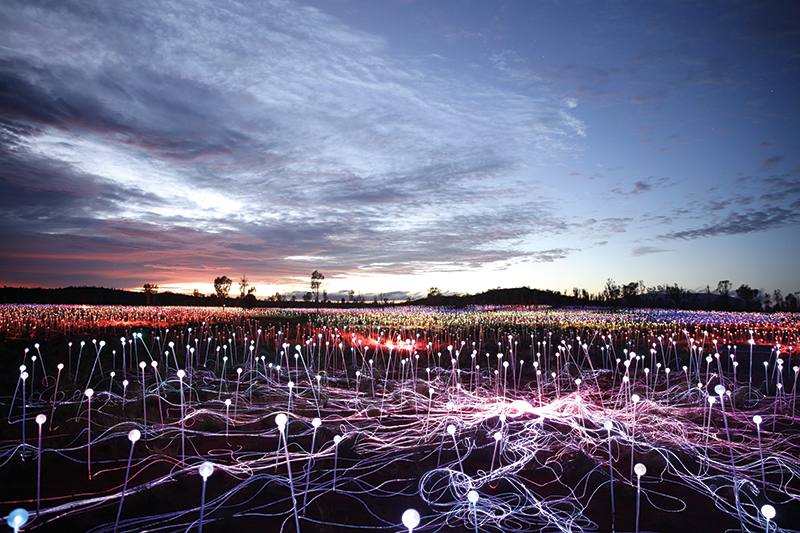 It’s hard to put a finger on what makes internationally-acclaimed artist Bruce Munro’s Field of Light so affecting. It’s subtle and breathtakingly beautiful all at once. Overwhelming in size yet inviting immersion in its fantasy garden of 50,000 ‘seeds’ of light, the spindly stems breathe and sway through a sympathetic desert spectrum of ochre, deep violet, blue and gentle white.

Working with a canvas as visceral as this – flourishing from red dirt and tufts of spinifex, in the shadows of nature’s biggest shape-shifter, Uluru – the combination isn’t just art you look at; it creates a global phenomenon.

It’s a sensation that has led to Voyages Ayers Rock Resort announcing a once-in-a-lifetime encore performance. 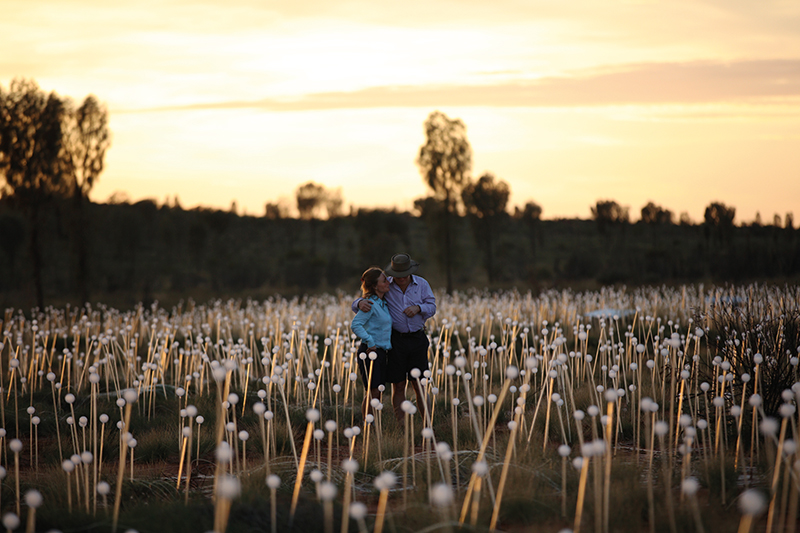 With more pulling power than The Rolling Stones, Field of Light – its fibre-optic fingers spread out across the space of four football fields in the shadows of Australia’s most iconic monolith – will ebb and flow through four more seasons until 31 March, 2018.

Since night fell on 1 April, 2016, flipping the switch on the solar-powered installation, travellers from around the world – art aficionado or not – have been inexplicably and irrevocably moved by the Field of Light. In Australia’s spiritual heartland, it’s hard not to be.

In fact, it’s where Munro experienced the “feeling” that tugged at his artistic heartstrings for more than two decades before bringing it to life in Uluru as ‘Tili Wiru Tjuta Nyakutjaku’ in local Pitjantjatjara (“looking at lots of beautiful lights”). 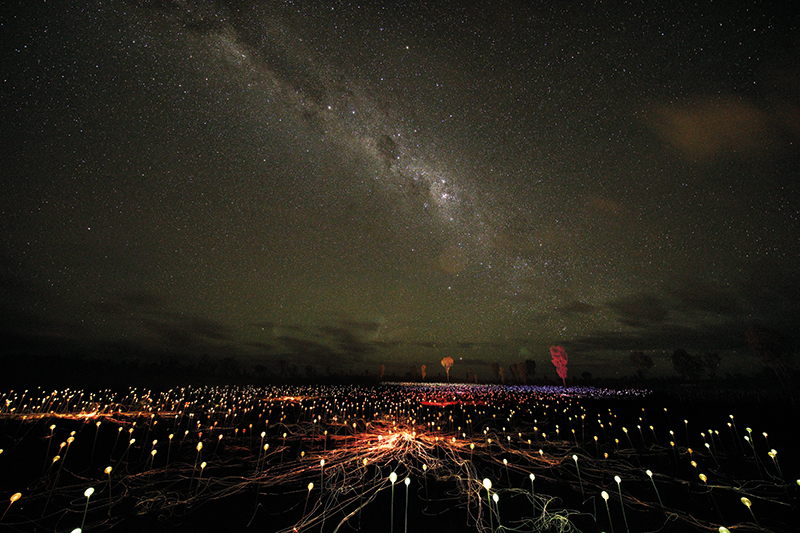 What he couldn’t have predicted as he sketched the idea into his notebook, while camping in Uluru in 1992, was the unprecedented demand his “swan song” would create.

Munro says Uluru “changed my life” and those who experience his magnum opus – for many, the impetus to finally visit Uluru – feel the stir of emotions long after dawn has washed the illumination from the ground.

“It will encourage people, hopefully, to get out and see places… and make them wonder, ‘what sort of feelings did it engender in me?’” he says. “And you see it’s opening people a little bit. Just a tiny little bit.” 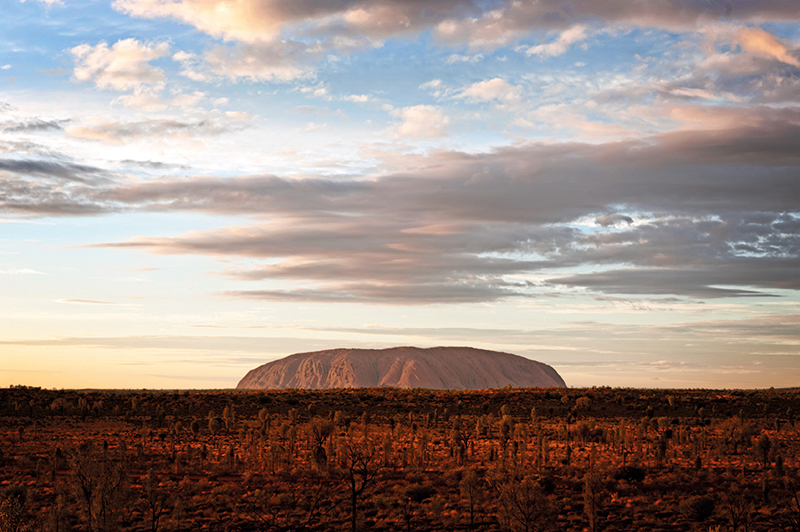