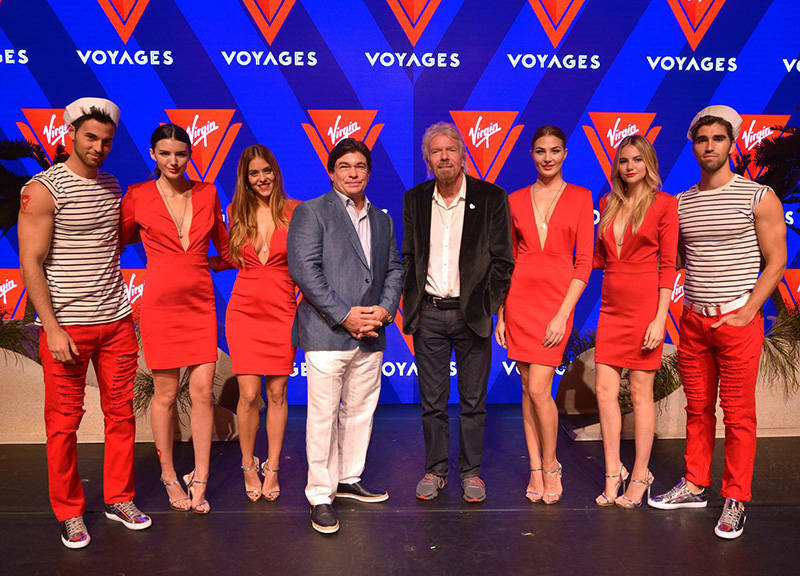 Committed to changing cruising for good, Sir Richard comments: “Thousands of future sailors and travel professionals shared their thoughts with us and tasked us with delivering the most irresistible vacation at sea and that our name alone should leave them dizzy with anticipation.”

Virgin Group president and chief operating officer Tom McAlpin adds: “This is anything but just another cruise or holiday, it will be a transformational experience delivering a very ‘Virgin style’ of adventure.”

Virgin Voyages is also the first major cruise line to adopt the clean energy system, Climeon Ocean, which will transform low-grade energy into clean electricity on all three of its ships, saving an estimated 5,400 tons of carbon dioxide per ship, per year – equivalent to the amount that would take 180,000 trees 30 years to absorb.

Building of the first Virgin Voyages ship will commence in early 2017, for its scheduled arrival into PortMiami in 2020, welcoming more than 2,700 guests and 1,150 crew members as it embarks on a range of Caribbean itineraries.

“I’m excited to reveal we are now Virgin Voyages, and while we have lots of work ahead to build our three ships, we can’t wait to welcome you aboard the ship of things to come.”