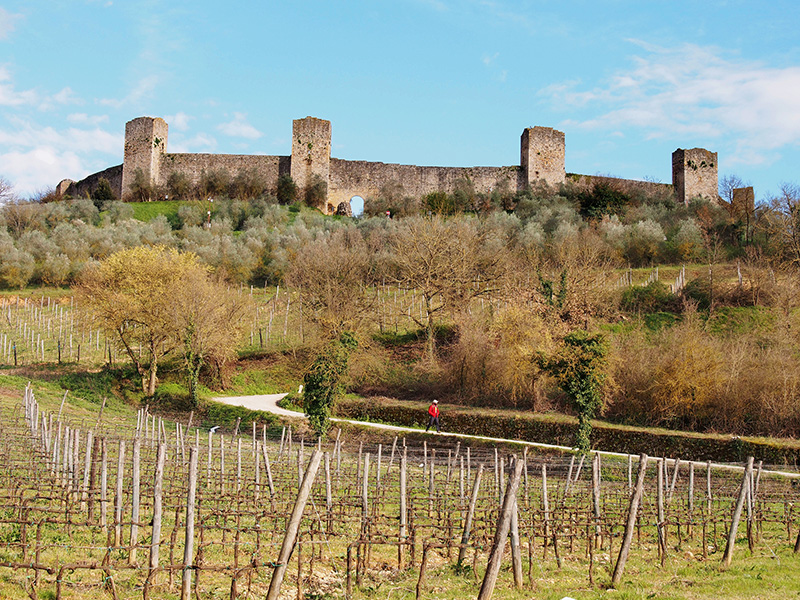 European active travel specialist, UTracks, says its only a matter of time before Italy’s pilgrimage walk, the Via Francigena, becomes as popular as the Camino Way.

The long distance hike from high up in the Alps to St Peter’s Cathedral in Rome is proving to be Italy’s answer to the Camino de Santiago, with UTracks experiencing a surge in travellers embarking on the pilgrimage.

As one of the three most important pilgrimage routes in Europe alongside the Camino de Santiago and the peace trail of the Jerusalem Way (which is currently not possible as the route goes via Syria), the Via Francigena has been gaining some serious attention recently.

UTracks general manager Kate Baker comments: “Part of the appeal of the Via Francigena is that it welcomes about 1,200 walkers a year as opposed to the 200,000 plus on the Camino, and unlike the Camino, which resulted in many towns springing up along the French route, the Via Francigena was structured to run from abbey to abbey, meandering through Italy’s spectacular countryside and classic historical towns and cities such as Parma, Siena, Florence, Luca, Orvieto and Rome.”

The walking routes along the Via Francigena are not only picturesque, but also culturally and historically rich, with many offering authentic gourmet experiences.

Travellers who appreciate unspoilt scenery, the luxury of space and the ability to fully experience the true essence of the Via Francigena, are advised to consider doing the walk sooner rather than later, before the masses set in.

UTracks offers nine Via Francigena walking tours, out of which eight cover sections from the St Bernard Pass on the Swiss border to St Peters in Rome.

While the portfolio’s seven-day tours are proving most popular at this stage, the 14-day Food Lover’s itinerary is rapidly becoming a favourite as it includes a variety of food and wine tastings, cooking classes and the opportunity to indulge in some of the best products and dishes Italy has to offer.