Travel agents in Indonesia and Taiwan have begun to sell vaccination tours to the United States and they are surprisingly affordable by Australian standards. If only we could leave the country.

In the United States, anyone can get a COVID-19 vaccination, even tourists.

According to Reuters, more than 100 people have already booked the tours, which run until November and are contingent on people obtaining visas to travel.

The rollout of vaccinations across the world has been uneven. While the United States has plenty to go around, other nations such as Indonesia, India, Thailand and Australia have struggled to obtain enough shots to vaccinate the whole population.

Indonesia is currently the epicenter of the COVID-19 pandemic, with thousands of cases of Delta reported each day.

Fewer than 5.8% per cent of Indonesians are fully vaccinated. 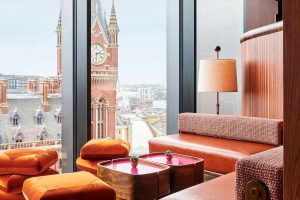 “We are helping those who want to get vaccinated, but are having difficulties (getting a shot). Since they want to travel at the same time, why not combine both,”  Lilik Budiman, ATS Vacations’ sales director told Reuters. 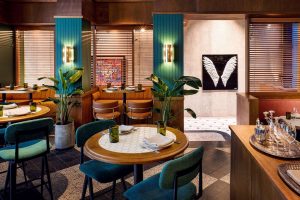 “But it’s only for Johnson & Johnson, which only requires one dosage.”

Indonesians who prefer the two-does Pfizer vaccine will need to spend 24 nights in LA at a cost of more than $2500.

Not keen on LA? Try Guam

The Pacific Island of Guam has also started to lure tourists for COVID vaccine tours.

In late June the unincorporated US territory, launched an “AirV&V” campaign to lure tourists from surrounding nations on vaccination holidays.

According to the Guam Visitors Bureau, eligible travellers can obtain a vaccine shot the day after their arrival. Guests can choose from Pfizer, Moderna and Johnson & Johnson vaccines.

The program requires participants to pay for their quarantine hotel stay. But after they’ve completed their vaccination, they’re free to tour the country.

Lion Travel, one of the biggest tour operators in Taiwan, started to sell vaccination tours to Guam starting on July 6.

The $2040 package includes flights and hotels but does not include COVID tests.

All 439 slots in its first four packages sold out. Australian residents currently can not leave the country without an exemption approved by the Federal Government.