Move over Northern Beaches, Sydney Olympic Park will have the best waves by Summer 2022/23 thanks to Urbnsurf.

Urbnsurf Sydney will feature Wavegarden Cove technology which is capable of generating 600 waves per hour. 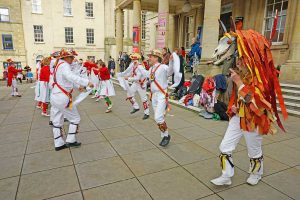 Construction of the $50million development will start in late 2021. It aims to open to the general public in summer 2022/23.

The Sydney surf park will be in close proximity to the new M4 motorway, just 14 kilometres west of the Sydney CBD and less than a kilometre from the Olympic Park train station.

Its ideal location means Urbnsurf Sydney will be accessible to over two million Sydney residents in under 30 minutes.

Urbnsurf Sydney will feature an SCG-sized surfing lagoon where beginners and pros can catch a wave.

It will also feature working spaces, a licensed café, rooftop bar, yoga studio and a leisure pool for families.

The surf park will include 159 car spaces and provision for 25 bike parks.

LED lighting will allow visitors to surf day and night. Whether you are on a shortboard, longboard, bodyboard, kneeboard and even bodysurfing with a hand plane.

Urbnsurf CEO, Damon Tudor says Urbnsurf Sydney will be a great alternative to the lineup of crowded Sydney beaches.

“People of all ages, abilities and backgrounds can get stoked riding perfect, authentic surfing waves in a safe and controlled environment,” Tudor said.

Urbnsurf also has plans for additional developments in Perth and Brisbane.