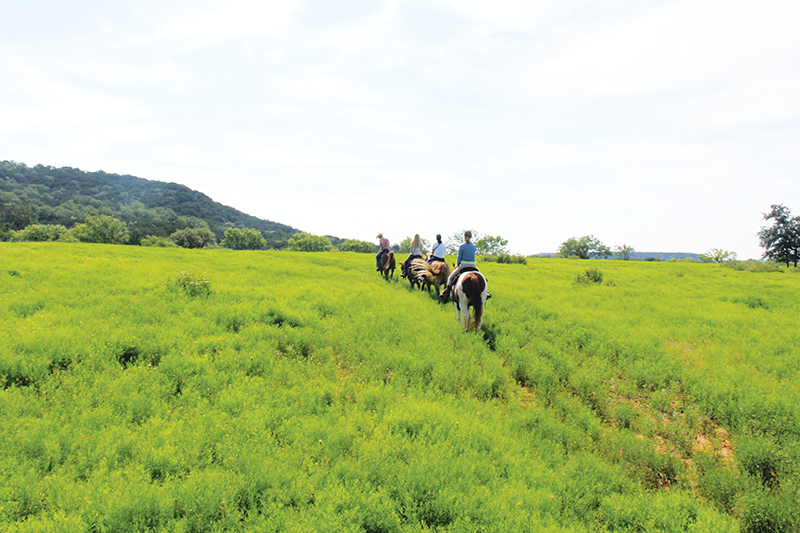 While not quite as close as Albury is to Wodonga, St Pauls is to Minneapolis or Tweed Heads is to Coolangatta, Dallas and Fort Worth certainly go together like peas and carrots. Dallas is the sensible, easy going big brother and Fort Worth is the slightly naughty, more outgoing younger sibling. Together – they make one heck of a vacation and here are 20 things to love about these two flourishing cities.


1. Head to The Stockyards National Historic District
Spend a day wandering around this wondrous historic part of town. It is cowboy central with shopping, museums, a rodeo, honky tonk, railway and cattle drive (see below). If you come away without cowboy boots and/or a stetson, you simply aren’t trying hard enough. Check out the White Elephant Saloon – the bar ceiling is covered in hats.

2. Watch the Stockyards Championship Rodeo
A rodeo virgin, I watch in awe as a lone horsewoman takes the American flag around the Cowtown Coliseum to a loud version of the Star Spangled Banner. Then it is action stations as cowboys try and stick on bucking bulls, and the guys and gals do some mighty fine ropin’ and the girls fly around barrels. The Coliseum was the site of the world’s first indoor rodeo and it is on every Friday and Saturday night. 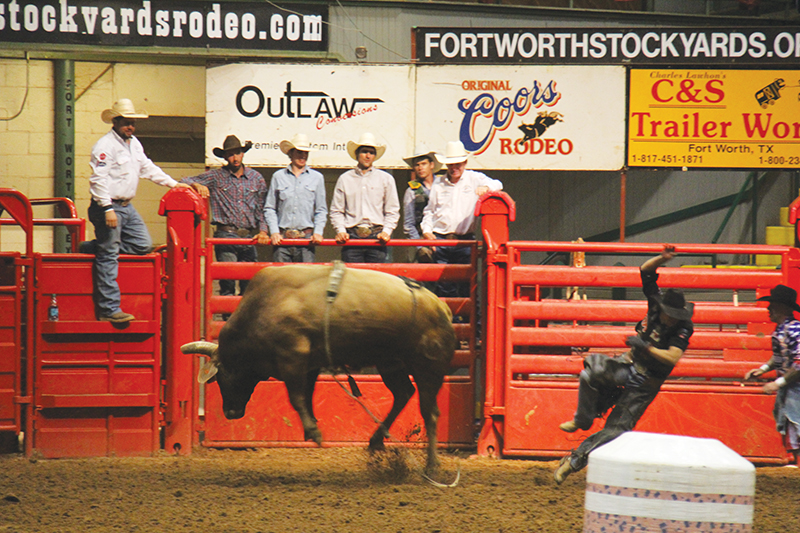 4. Billy Bob’s Texas
Billy Bob’s Texas is like no place I have ever seen before. The world’s biggest honky tonk, you can watch live bullriding, learn to line dance, drink at over 30 bar stations, tuck into Texas bbq, play pool, and watch some of the world’s best country singers in the massive concert area. I am up in the front row to watch Robert Earl Keen and his dang fine bluegrass band.

5. Shop for boots and western gear
For all things western, check out Maverick’s and Fincher’s and if your plastic can take a decent whack, shop at M.L. Leddy’s – who have been hand-making boots and saddles, belts and buckles since 1922. While I am fondling the exquisite boots I watch some cowboy-hatted gentlemen trying to sell their alligator skins. You don’t see that every day. 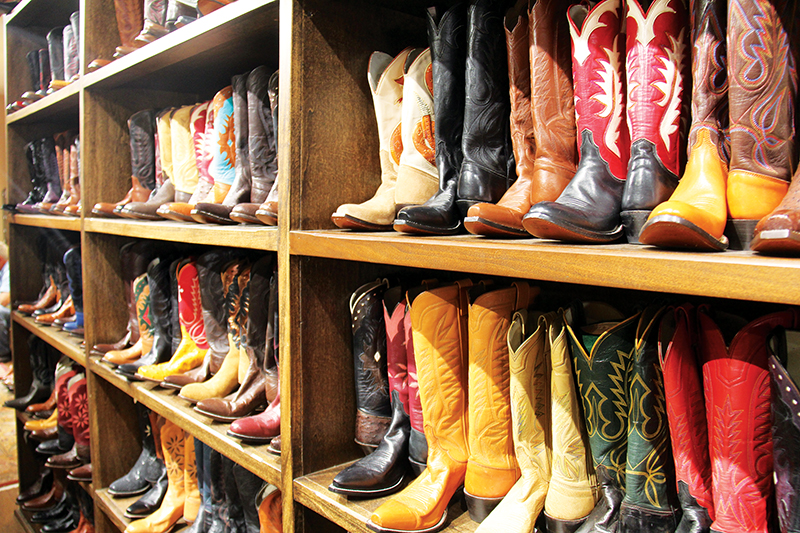 6. Saddle up at Wildcatter Ranch
If all that cowboy action has you itching to saddle up, head out of town to Wildcatter Ranch, where you can go horse riding, feed Texas longhorn cattle, try clay pigeon shooting, or just lay by the pool and enjoy the view. Hiking was also available but the sign saying there were rattlesnakes and copperheads about, led me to select the pool option.

7. Go western at Stockyards Hotel
This property was built in 1907 and has so much character in its fully restored rooms and suites. My western-style room’s shutters had bullet holes in them. Book the Bonnie and Clyde Suite and see memorabilia including the actual gun that Bonnie and Clyde left behind when they stayed here in 1933.

8. Grab a steak at H3 Ranch
Just next door to the Stockyards Hotel, H3 Ranch is one of the best steakhouses in the area. We had guacamole to start – the friendly waitress made it at the table. We followed that up with a massive rib eye – just sensational. Have a drink at the adjacent Booger Red’s Bar – in a saddle bar stool no less.

9. Be impressed at the Fort Worth Modern Art Museum
In the Cultural District, this stunning building is a real surprise, from its design and beautiful grounds to the magnificent exhibitions. Afterwards, visit the Kimbell Art Museum next door.

10. Explore Sundance Square
With 35 blocks of shopping and entertainment, this place is buzzing. Start at the Plaza with the giant Chisolm Trail mural and water play zone, head down to the water gardens, see the JFK Tribute and have a look at the Bass Performance Hall – a beautiful building with trumpeting angels on the portico. And relax, you don’t have to walk all 35 blocks, hop aboard Molly the Trolley.

11. Fuel up at a food truck at Klyde Warren Park
After all that art and culture, grab some fabulous food from the food trucks across from the DMA at Klyde Warren Park, a clever green space built over a freeway. Families frolic on the grass, some read books in the shade and other’s grab lunch from the Butcher’s Son, Gandolfo’s, Catfish Connection and Abe’s Flavor Flave, as well as icy treats from the Cool Haus. 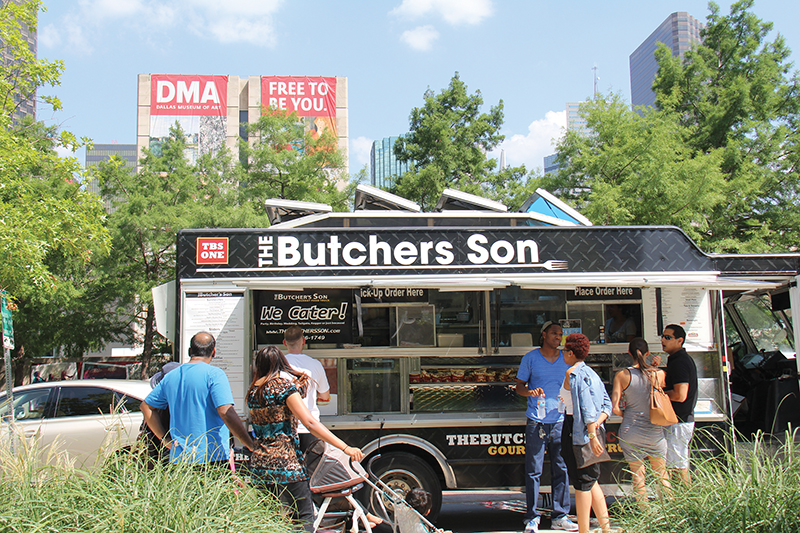 12. Take a moment at the Sixth Floor Museum
Better known as the Old Book Depository, a tour here is a must. Do an audio tour and work your way around, and see the spot from where Lee Harvey Oswald took that shot hat sent shockwaves around the world in 1963. Look out and see a plain, white ‘x’ on the road outside. Very moving.

13. Unwind at Nasher Sculpture Center
With its large scale pieces you won’t forget this place in a hurry.Opened in 2003, it houses the Patsy and Raymond Nasher collection of modern and contemporary sculpture. Outside, the tranquil garden has some wonderful pieces, with my favourite being Magdalena Abakanowicz’s Bronze Crowd.

14. Spend a morning at the Dallas Museum of Art
If you can tell the difference between Vincent van Gogh and Jackson Pollock, and even if you can’t, the DMA is worth a few hours of your time. The airy, contemporary museum covers 5,000 years with all cultures represented.

15. Buy up big at Wild Bills
Get your mind of JFK by walking around the block to Wild Bill’s western store in the Historic West End. Boots, hats, belts, buckles and guys and girls shirts straight out of urban Cowboy will tempt you. You can even have a beer inside and maybe even have a chat with Wild Bill himself.

16. Mosey through the George W. Bush Presidential Library and Museum
It is worth visiting just to get a picture of yourself sitting at the Resolute desk in the Oval Office, an exact replica of the one George W. Bush presided over. The massive video wall in the entry vestibule is excellent, as is the 9/11 Memorial, complete with a piece of metal from the World Trade Center and the rose garden.  Stop in at Cafe 43 before you leave. 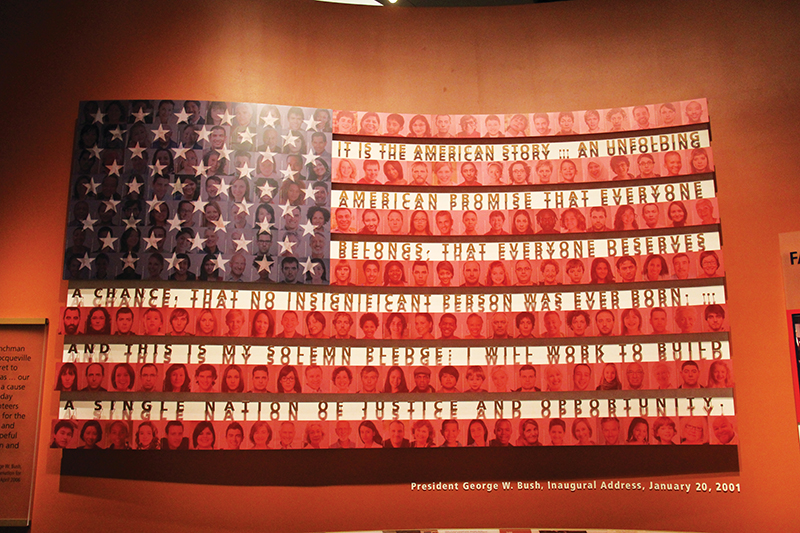 17. Tour the home of the Dallas Cowboys
While AT&T Stadium is home to the Dallas Cowboys NFL team, it is a tourist attraction in its own right. It is the world’s largest domed structure and is actually an art museum, with museum-quality art spread around everywhere. Do an art tour or a VIP guided tour, which takes you on the field, to the press box and the locker room.

18. Go on a cattle drive at Pioneer Plaza
A tribute to the trails that brought settlers to this part of the word, this incredible site is a recreated cattle drive complete with a creek crossing, 40 cattle and three drovers on horseback – all sculpted in bronze. After you take countless photos of the cattle with the city skyscrapers beyond, wander through the Pioneer Cemetery next door for a who’s who in Dallas history. 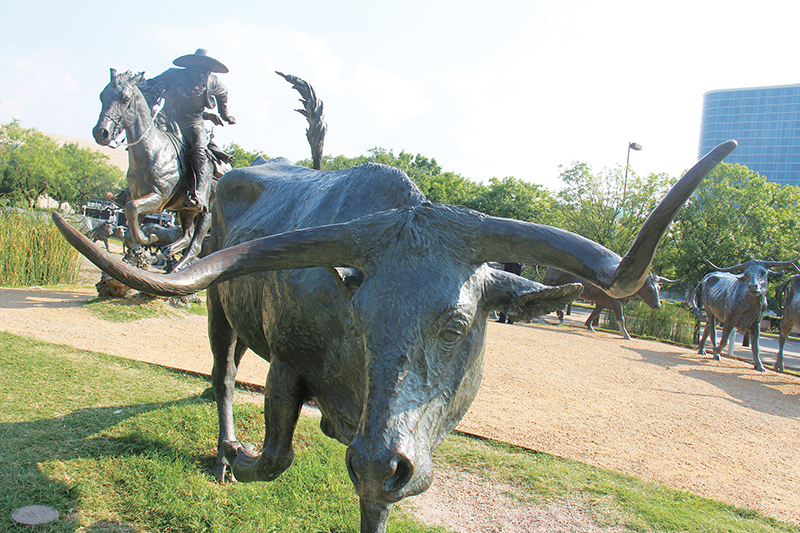 19. Shop up a storm in the Bishop Art District
A Dallas local in the know took me to this trendy neighbourhood, with over 60 boutiques, restaurants, bars, coffee shops, and art galleries. We started with breakfast at Oddfellows – and hallelujah, they do a great flat white coffee, then browsed through a host of fabulous designer clothes and homeware shops like Epiphany, Stock & Barrell and Artisan’s Collective. The most popular restaurant is Lockhearts – expect to queue.

20. Sip and savour at Trinity Grove
This new dining and entertainment precinct in West Dallas has several hip eateries – all set up through an innovative Incubator program for up and coming chefs and restaurateurs. We lunched at Luck, a craft-beer inspired kitchen with a regularly updated menu of beers and delicious food such as sweet and smoky wings, fried green tomatoes and shrimp and grits. Other highlights in the area are Four Corners Brewery, Souk and Kitchen LTO. • 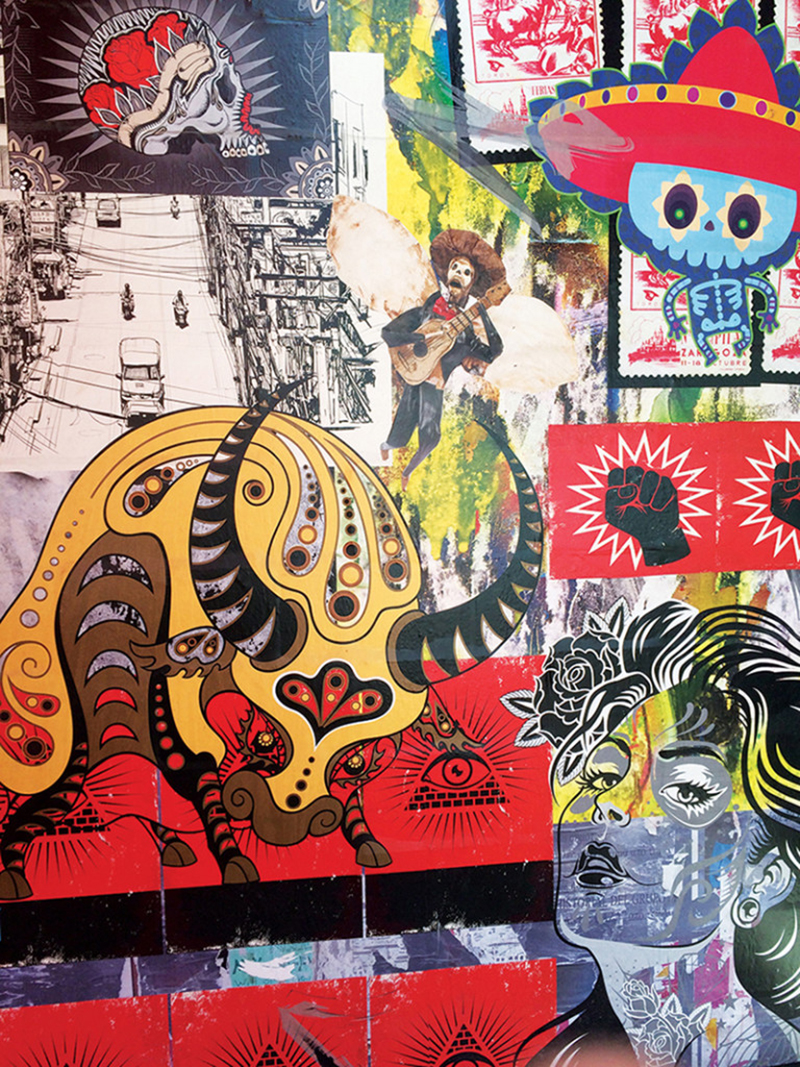 Getting there
•    Delta flies to Los Angeles with easy connections to Dallas. delta.com
•    Qantas operates daily services to Dallas from Sydney on A380 aircraft. qantas.com

What to see and do
Fort Worth
•    Billy Bob’s Texas: billybobstexas.com
•    Fort Worth Stockyards: fortworthstockyards.org
Dallas
•    The Sixth Floor Museum: jfk.org
•    Dallas Museum of Art: dma.org