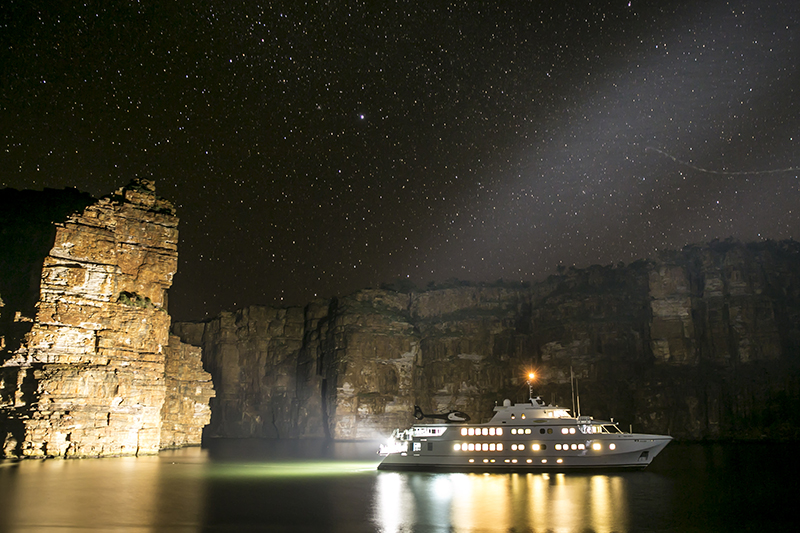 To fully understand the Kimberley is to take a journey back through the ages, to a time when the early ancestors of modern man were beginning to reach Europe and take up residence in the alpine caves. This is the time when many believe the first people arrived in Australia, creating the mysterious Gwion Gwion rock art that could well be the oldest anywhere in the world. These first arrivals set foot on a land much different than today, yet the heart of the Kimberley had been long established over millions of years.

As recently as 50 years ago, the Kimberley was still a wild frontier with a history quite apart from anywhere else in the country. Japanese, Chinese and various Europeans had created an economy seemingly out of nothing. Pearling was well established in Broome and the surrounding plains had maintained vast herds of cattle for many years before.
Lobster harvesting was also a prime source of income for the hardy, remote folk who defied the norms of civilisation to create wealth and prosperity in one of the harshest environments anywhere on the planet. 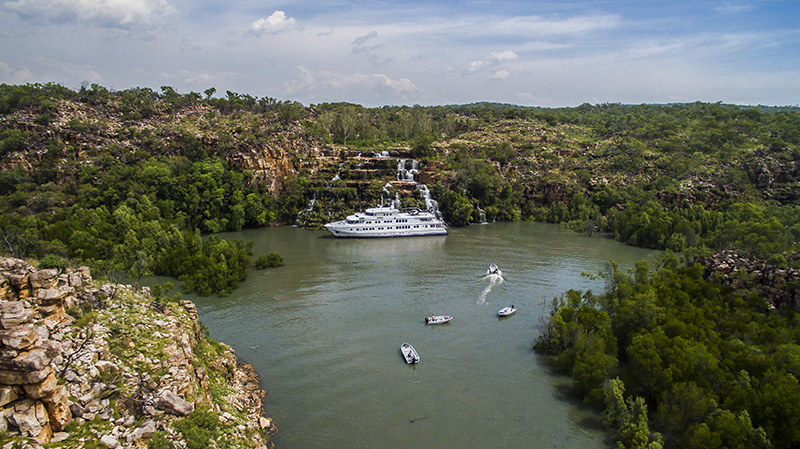 It was into this arid no-man’s-land of Australia’s great North West that Craig Howson cut his teeth. As an energetic young man, Howson toiled on the deck of a cray fishing boat, slicing his fingers on the sharp twine and wire of the cray pots and impaling himself on the thorny shells of the lobsters until he’d perfected his craft. It’s hard to imagine today’s Internet-era youngsters subjecting themselves to such discomforts in the course of their work.

“I left home at 18 of my own accord,” recalls Craig with a chuckle. “I’m sure mother missed me.”

His mother and brother have a slightly different recollection. “He was basically a good kid, but pretty wild,” says his mum. “But very determined which obviously stood him in good stead for later in life.” 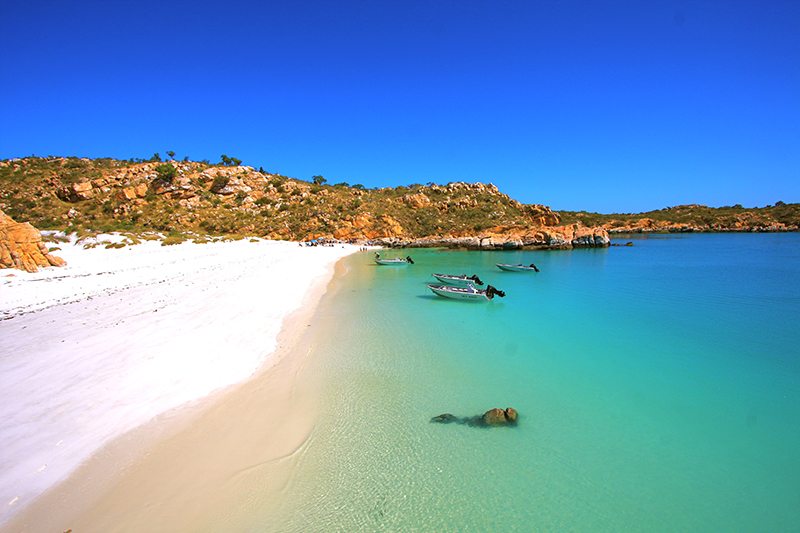 This boat launched him into the fishing charter business and also gained a reputation for good times and parties.

Howson’s enthusiasm for fishing saw him develop quickly as an expert angler trolling for the elusive barramundi in the estuaries and wrestling the giant pelagic species in the rich waters off Shark Bay and Broome. Despite his tender age, his skill and local knowledge were widely known through the North West.

When he headed to Perth for the America’s Cup in 1983 to throw a party on Rottnest Island, Howson shot to rock star status after his wild shindig hit all the papers and sealed his reputation as a fun-loving bloke who could make things happen.

With his brother Terry, Howson also became a skilled sailor, racing Lasers at the Rockingham Yacht Club. In the lead-up to the 1987 America’s Cup in Fremantle, Howson struck up a friendship with members of the Canadian syndicate who were preparing their vessel, True North, for the big event. Howson built and operated the tender boat for the Canadians, christening it ‘North Star’. 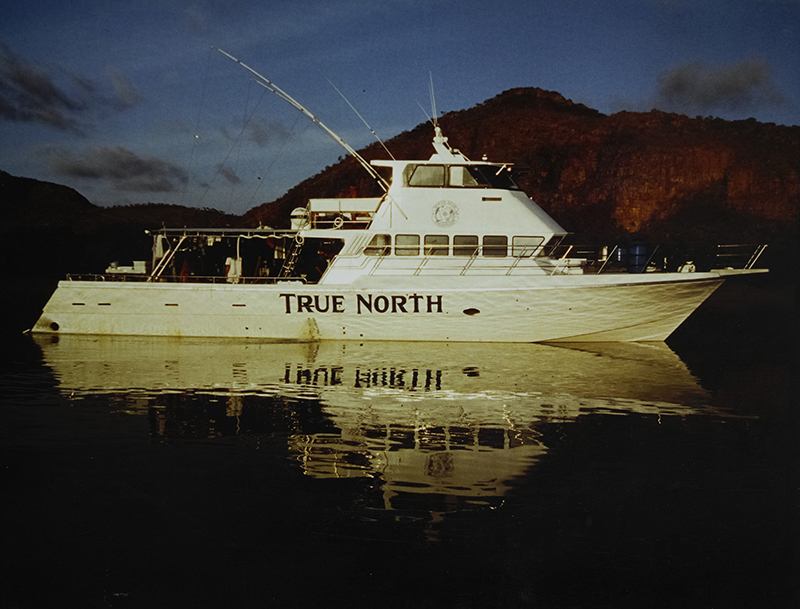 The euphoria of the ‘83 America’s Cup was short-lived and the ‘Auld Mug’ headed back to the States, leaving Howson wondering what to do next. It wasn’t long before he was back in action, running fishing charters out of Broome aboard the trusty North Star, supplemented by delivering fuel to private vessels.

After acquiring valuable local navigational skills from Broome elder, Dan Gregory, Howson was equipped to begin comprehensive charters in the wider Kimberley region in 1991, including the ground breaking two-week voyages to Wyndham in his new 10-passenger vessel, North Star IV.

“We charted the whole Kimberley pretty much by hitting every darn rock,” recalls Craig about operating in this remote area, notoriously devoid of reliable maps. Today that hard-earned local knowledge allows True North to access areas other operators only dream about. 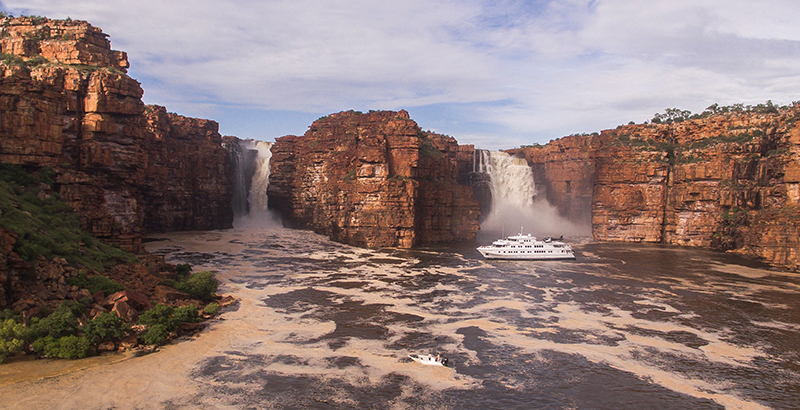 1994 saw another watershed event when the 21-metre True North I was launched, heralding a new era in charter operations for Howson and gaining the attention of prominent citizens such as former National Party leader and Deputy Prime Minister, Doug Anthony. It was at this time that Howson became a father, having to hurriedly evacuate to Broome from Bigge Island in time for his son’s early arrival. In collusion with Anthony, a newly-discovered waterfall along the Hunter River was named after his son, Jackson.

1998 saw the arrival of the 35-metre, 28-passenger True North II, the first to be equipped with a helicopter, a Bell 407, funded by Rob Gerrard of Adelaide-based electrical firm, Clipsal. Building the new vessel to regulations that incorporate a helicopter proved a considerable challenge, but that was overcome by expertise from Fremantle shipbuilders, Austal.

Gerrard then chartered the vessel for the duration of the Sydney Olympics in 2000. The overwhelming success of the helicopter operations brought Howson into contact with the vast experience of Rob Colbert of Skyhook Helicopters, who continues to run True North’s helicopter operation to this day. 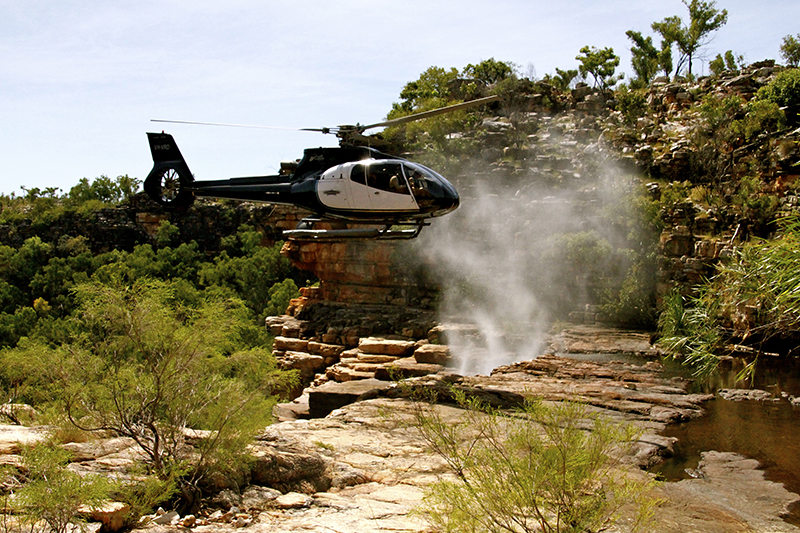 “What we could do – and still do – really sets us apart from the rest of the field,” said Colbert. “The addition of the helicopter raised the offering to a whole new level and proved an enormous success – all thanks to Craig’s vision.”

True North Adventure Cruises (then known as North Star Cruises) entered a period of exponential growth, sparked by a 45-minute documentary produced by legendary Australian filmmaker, Malcolm Douglas, while aboard.

“The phones just went crazy for a whole week. Mum, Dad, me, the neighbours, their cousins were all stuffing envelopes all day – day after day. When the dust finally settled, we’d sold two years’ worth of cabins and cemented the future of the business. Even now we are still getting word of mouth bookings from that single event!” 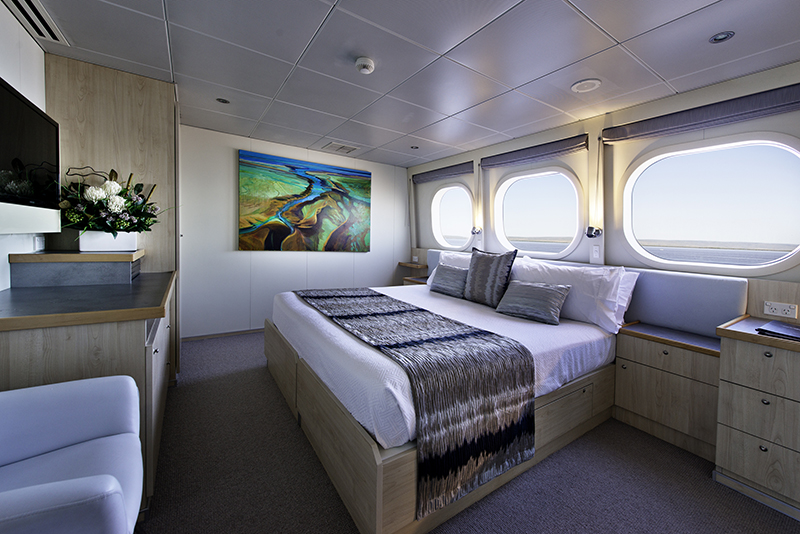 Soon after, the late Steve Irwin came aboard and filmed a segment in his own unique style, adding impetus to the groundswell of excitement for True North and The Kimberley.

“Steve’s love for nature just shone through. One night we went out spotlighting and found this big, four-metre croc,” remembers Craig, his eyes still widening at the thought, “and Steve just jumped out of the dingy, crawled right up to this beast, sat down next to it and turned to the camera and said ‘Crikey, isn’t she a beauty!’”

“By crikey, I’ve spent lots of time aboard True North and it’s the best operation in the entire world!” said Irwin in a video message at the time, “What you do Craig, brings greatness to Australian tourism.”

It was time to upgrade yet again and a deal to build the current True North was signed in 2004, again with Austal. Orchestrated by then Austal sales manager, Mark Stothard, the 50-metre, 36-passenger luxurious superyacht was in the water and on its way to the Kimberley just 12 months later. 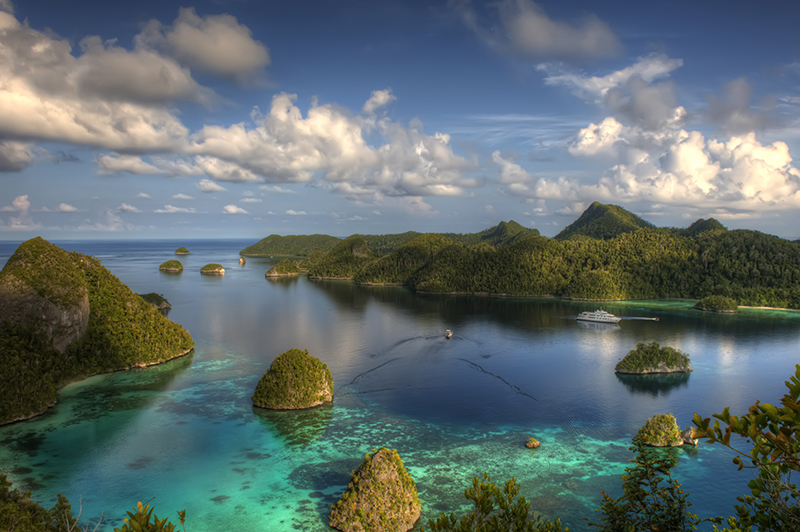 “When we went from the 35-metre True North to the 50-metre, we really went from a boat to a ship,” says long-time skipper, Kevin Stone. “We knew then we were entering a whole new level yet again.”

The launch ceremony featured Papua New Guinean dancers, signalling Howson’s intention to take True North Adventure Cruises into the international market. Today, itineraries include not only PNG, but also West Papua with occasional detours to Indonesia and the Solomon Islands.

Even now, plans for future expansion are underway with new itineraries and destinations always being planned.

And what about a new ship? Ah, you’ll just have to wait and see! •

Craig’s Kimberley Hit List
• Horizontal Falls: You haven’t lived until you’ve done the ‘dingy dash’ through the horizontal falls at Talbot Bay – with us!
• Catch a Barra: If you’ve caught a barramundi in the Kimberley, then you have earned your fisho’s gold star. If not, there’s plenty of other fish, too.
• Helicopter Picnic: One of our most memorable excursions is the picnic at Eagle Falls. We fly guests to a remote freshwater billabong for a barbecue and swim.
• Montgomery Reef: One of nature’s marvels. You just have to see it for yourself – and from our helicopter!
• Rock Art: The ‘Braddies’ (Bradshaw Rock Art) are tens of thousands of years old. It’s just beautiful and humbling at the same time. We also visit Raft Point for the Wandjina art which is younger, but still beautiful in its own way.
• The Rowley Shoals: If you’re a scuba diver, snorkeller or fisherman, you have to come. It really is pristine and one of those ‘best-kept secrets’ everyone goes on about.
• The King George Falls: The Kimberley is full of amazing waterfalls, but King George is particularly spectacular. It’s Australia’s Niagara. It’s best in the early season when there’s heaps of water. Be ready to get wet!
• Wildlife: You’ll see a few crocs on our trip, don’t worry about that, but birdwatchers will be delighted, too. We see dugong and whales quite regularly.

True North
• True North carries 36 passengers in three classes of accommodation across three decks – all with private facilities.
• The vessel has a helicopter and six high-speed dinghies.
• Kimberley itineraries range from seven-13 days and will operate between March and September in 2018.
• Tours include sightseeing, mild hiking, fishing, helicopter flightseeing, safe freshwater swimming, and historical and cultural interpretation.
• In 2018, the line will also offer cruises to West Papua, Papua New Guinea, Sydney, Adelaide and Perth.