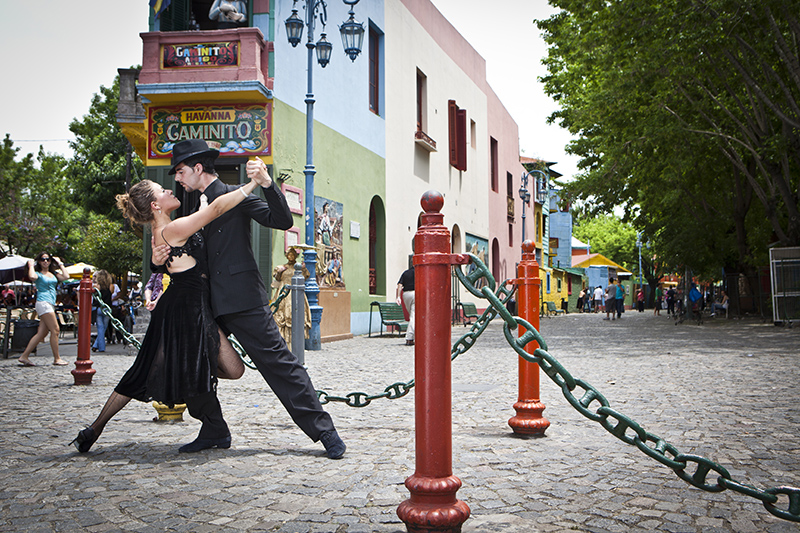 Rio de Janeiro’s got its lofty views and beaches, Iguazu Falls is known for its tremendous tumbling waters and Buenos Aires is home to glorious jacaranda-lined streets with magnificent mansions, steamy tango and eclectic theatre – all three are different yet share a seductive charm that creates unforgettable memories.

Here’s what the trio have to offer.

As soon as I step foot on the silky white sands of Brazil’s famous Copacabana Beach, Barry Manilow’s classic, Copacabana pops into my head and won’t leave me alone.

A walk along the four-kilometre crescent shaped beach shows locals at play from dedicated anglers fishing off the rocks, passionate sand sculptors who demand money for photos, surfers chasing waves, G-string clad women who love to strut their stuff, hawkers selling barbecued prawns and muscled-up body builders who glisten in the sun.

It’s a crazy mix, but one I guarantee you can’t take your eyes off as you sip a caipirinha at one of the many beach-side kiosks where people-watching is addictive. Joggers, runners, cyclists and tourists wander the beach all day and evening.

The ever-so-elegant Belmond Copacabana Palace that opened in 1923 and glimmers in the sun is the place to stay – check out the pool where the rich and famous, as well as tourists, soak up the sun and sip cocktails. Marilyn Monroe and Rita Hayworth were fans.

Of course at Ipanema Beach my head tune changes to the Girl from Ipanema – it’s where the “beautiful” people hang out including wannabe models and actors who strut the beach in not much at all. 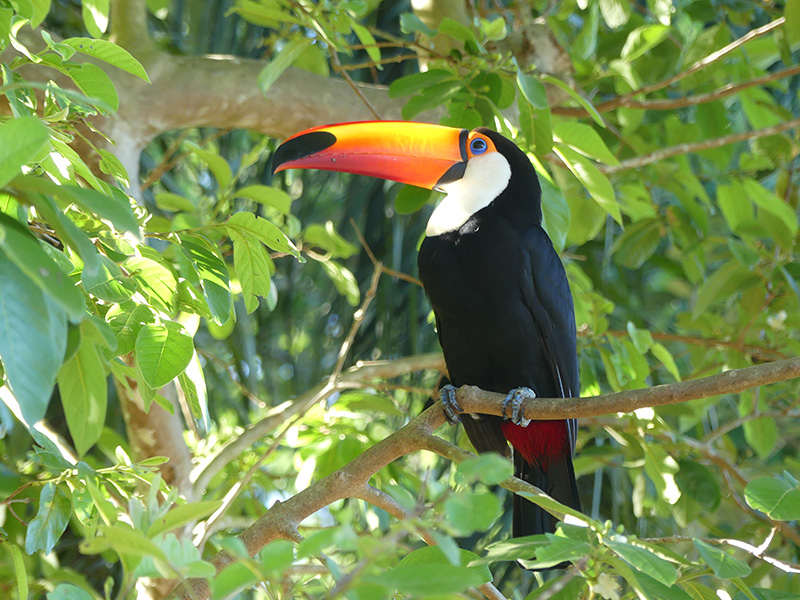 But there’s a lot more to Rio than just sand and surf, Sugar Loaf Mountain is perfect for a spectacular bird’s eye view of the city and its sheltered bays. It’s reached by two cable cars and well worth an early start to avoid the crowds.

The iconic Christ the Redeemer, an art deco statue of Christ that is like the city’s guardian angel, is another must see. Voted as one of the new seven wonders of the world, it took nine years to build and is covered with six million sand stone tiles.

“Lie down on the concrete and you appreciate its size looking up,” says our guide and we do as we are told, thankful it isn’t too crowded.

A far cry from the glitz and glamour are the ramshackle favelas or shanty settlements that were once the haunt of drug barons and criminals. These days, tourism is infiltrating some of the 500 communities with guided tours including the famed Santa Marta where Michael Jackson made his music video They Don’t Care About Us. There’s a statue in his honour and small gift shop selling souvenirs.

Don’t leave town without seeing a samba show and dining at a churrascaria – a barbecue restaurant where meat just keeps coming. As for shopping, it is Havaianas heaven with shops full of the famous footwear. 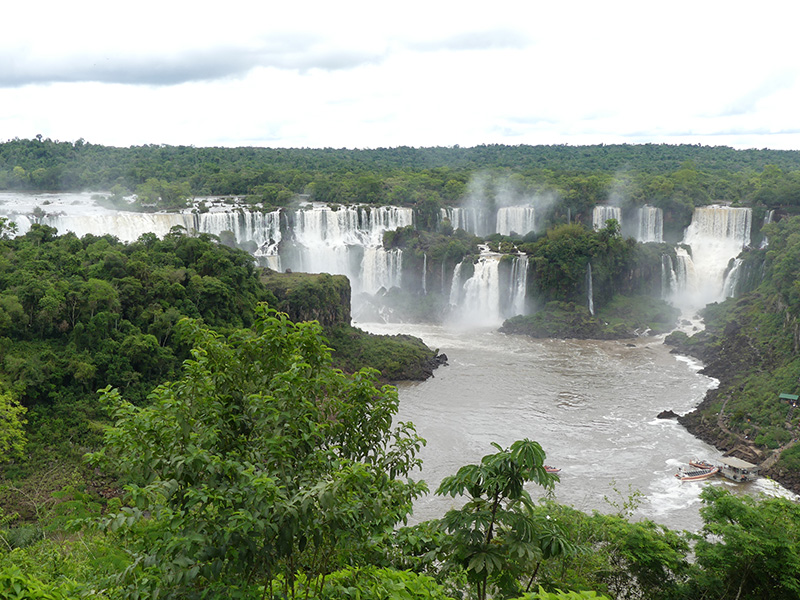 Nothing quite prepares you for the grandness of the great curtain of bubbling white water that plunges over the rocks to the depths below at the falls that span the Argentina and Brazil border.

Discovered by Spanish conquistador Alvar Nunez Cabeza de Vaca in 1541, there are 275 cascades fed by the Iguazu River across a 2,700 metre-wide canyon. Iguazu, which means “big water”, is the largest waterfall system in the world.

Legend has it that the US’s first lady Eleanor Roosevelt was so overwhelmed when she first visited she uttered the words – “Poor Niagara.” Visit both sides which are equally spectacular offering different views.

A great place to stay is the pale pink Belmond Hotel Das Cataratas, the only accommodation in Brazil’s Iguacu National Park, where guests are serenaded by the sound of the falls. 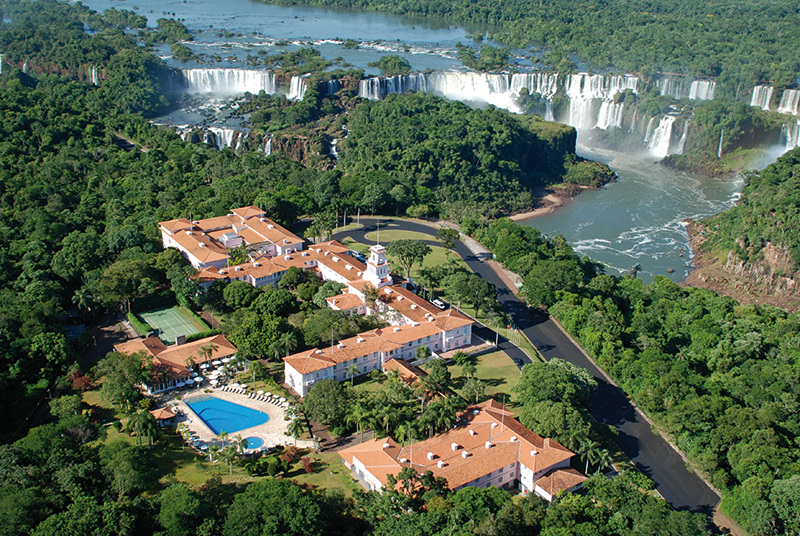 Hotel guests have the falls to themselves from dusk to dawn long after tourists have gone.

Sit on the verandah of the 193-room Portuguese colonial hotel, caipirinha in hand and wait for the knockout sunset, then dine on piranha broth, ceviche and pan-seared Amazonian piraruca fish at Itaipu Restaurant.

Rise early to see the sunrise and go on a toucan search in the trees below the hotel before the crowds arrive. A short helicopter ride over the falls reveals the size of it and there’s a fun jet boat ride on the Argentinian side that nudges right into the falls. You get drenched but it’s worth it watching the water tumble down at a frenetic pace. 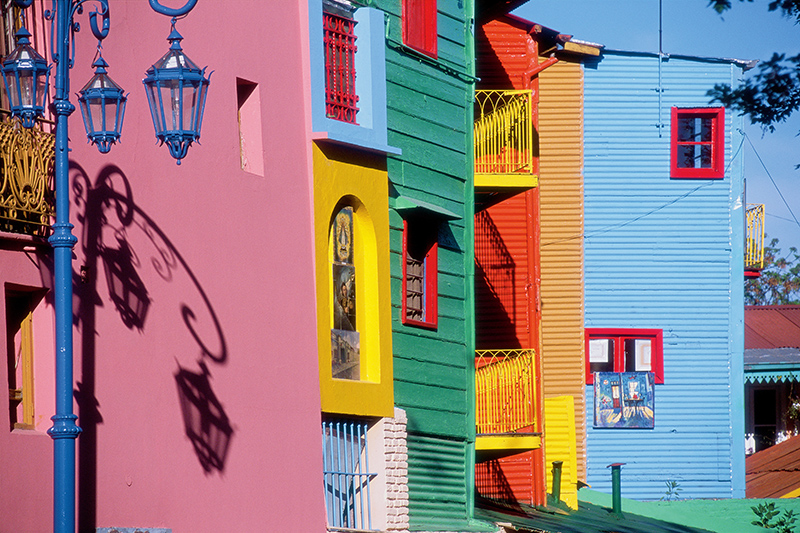 Ever since Madonna played the role of Argentina’s first lady Eva Peron, the city has held a great fascination and certainly doesn’t disappoint.

Our guide Rocco says these days however, locals only sing Don’t Cry For Me Argentina when they are losing the football.

First stop is the La Recoleta Cemetery where Eva Peron known as ‘Evita’ is buried in a not so elaborate mausoleum where admirers leave flowers every day. There are 6,400 graves including grand mausoleums, Greek temples and fairy grottoes in the cemetery.

The magnificent Teatro Colon, the main opera house in Buenos Aires that took 20 years to build and has near perfect acoustics, is another must see. If you don’t have the chance to catch a show, guided tours are held daily. 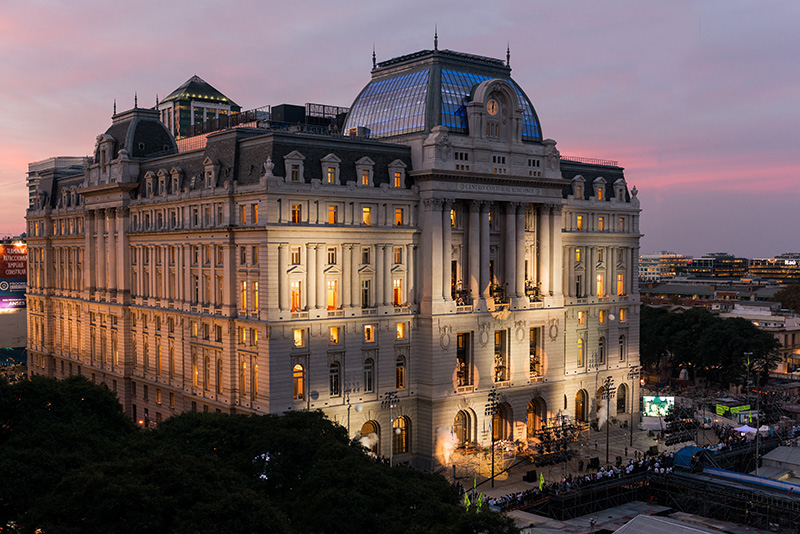 A walk around the iconic Plaza de Mayo, the 19th century central square named after the 1810 revolution that led to Argentina’s independence, reveals the famous white headscarves painted on the cement. They represent the strong women’s force, the Mothers of the Plaza de Mayo, whose children “disappeared” during the military dictatorship, between 1976 and 1983. They gathered everyday wearing white scarves demanding answers.

The riverside neighbourhood of La Boca, that’s both colourful and touristy, is where houses were built from cast-off ship building materials, and today there are tango performances, cafes, shops and art galleries.

If you love tango however, it’s worth seeing a good show with tango experts and visiting a tango house, a milonga, where locals dance to the wee hours and are passionate about the seductive dance. They make it look easy but it takes years to perfect, according to our tango tour guide, Marie. 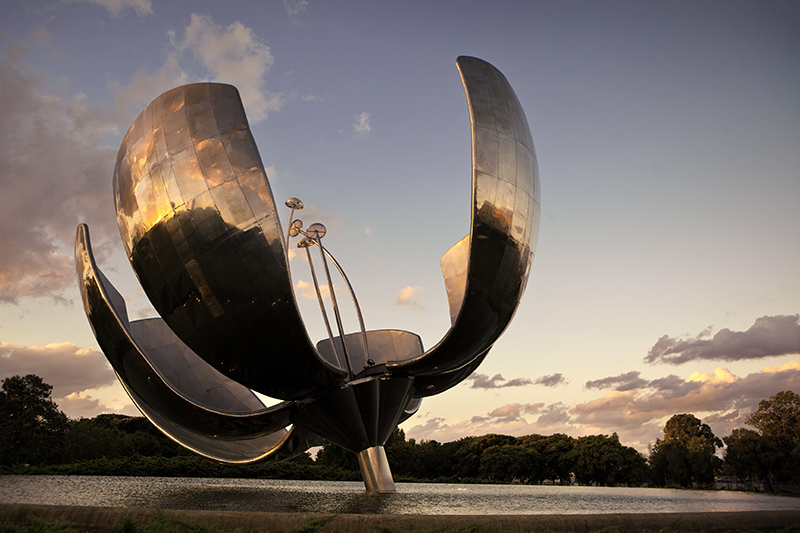 “It is all in the look – a flick of the eye or a discreet nod of the head secures your tango partners for the next dance – it’s like a secret code and it’s not about romance – it’s about the passion of dance,” she says.

Book lovers will adore the El Ateneo Grand Splendid, one of the best known bookshops in the city that is housed in a former theatre built in 1919. The joy on people’s faces when they walk through the door is a sight to behold.

Then there are the talented dog walkers – talented? Yes, try handling 10 dogs barking and jumping at the one time – that’s Buenos Aires for you. •

What to do
Urban Adventures offer Favela tours in Rio and TangoTours in Buenos Aires. urbanadventures.com