Seeing a Broadway show is one of the most memorable, captivating things to do in New York City. The process to get tickets, however, is not always so fun and easy. The most popular productions, especially those starring celebrities, quickly sell out several months in advance, and the cost can be several hundred dollars a piece.

A limited number of last-minute tickets can be purchased at kiosks and theatres in Times Square, but this effort entails long queues, outdoors — often in the rain, snow or humidity – and no guarantee that any seats will be left for your preferred play or musical. A few shows offer lotteries to win one or two tickets for a discounted price, but it’s a high-risk strategy. In all my years of trying, I have never won a thing.

The best way to get tickets is to buy before you fly. The Broadway Collection is a curated collection of the hottest shows in New York, specially selected for their popularity with tourists. Among the top picks is ‘Hadestown’, winner of Best Musical in the 2019 Tony Awards, announced in June, and many other nominees.

This year’s new musicals include stage versions of classic films such as ‘Tootsie’, ‘Beetlejuice’, ‘Moulin Rouge’ and ‘Harry Potter and the Cursed Child’. Ongoing shows include Aladdin, Chicago, Come From Away, Dear Evan Hansen, Frozen, Jersey Boys, King Kong, Lion King, My Fair Lady, Pretty Woman, Wicked, The Phantom of the Opera and The Book of Mormon.

If a non-musical play is preferred, don’t miss the adaptation of the novel ‘To Kill a Mockingbird’. The Metropolitan Opera and New York City Ballet can also be booked through The Broadway Collection.

We attended a weekday matinee of the new hit, ‘Ain’t Too Proud: The Life and Times of The Temptations’, which scored 12 Tony nominations. Even if you were never a fan of the legendary group, it’s a compelling story that will make you laugh, cry and tap your feet to the catchy tunes. The multi-talented cast greatly impresses with their superb singing, dancing and acting. Highly recommended for all ages.

Other shows continuing for the 2019 season: 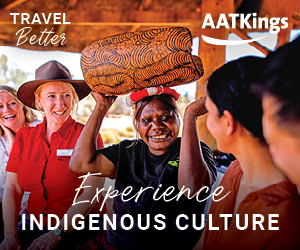