Newcastle Travel Guides the Fren family have had Australia in stitches since they started on the Nine network show in 2017.

But mum and daughter Cathy and Victoria Fren told Vacations & Travel their appearance on the reality TV show was a total accident.

They never even applied.

The Fren family, Mark (59) and Cathy (57), and their two kids Jonathon (29) and Victoria (27) owned and operated Bavarian-style restaurant Oma together for ten years.

“Because of the restaurant they actually asked Mum to audition for a cooking show,” Victoria said.

“We didn’t get on that, I don’t even think the show ever aired.”

“But 12 months later we got a call asking about a show called Travel Guides and now here we are.” 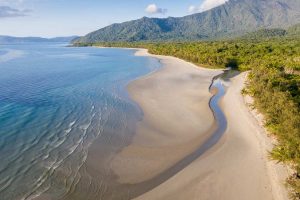 The Fren Family matriarchs, Victoria and Cathy are well-known for being upfront. Jonathon and Mark are a bit more reserved.

But Victoria says the boys were “super keen” when Cathy pitched the Travel Guides plan to her clan.

“I mean who doesn’t love a free holiday,” Victoria said.

The Fren family have been on 38 “free holidays” to be exact. They’ve been lucky enough to travel to the most spectacular international and domestic destinations. 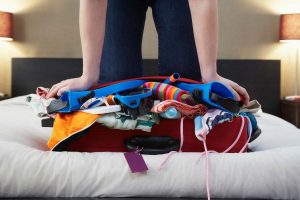 The Fren family on Travel Guides 2021

Cathy doesn’t want anyone getting the wrong idea: “Obviously all the overseas destinations were filmed before the pandemic”.

“We started filming this season in July of 2019 and we finished somewhere around mid November that year.”

Of all the international destinations that feature on Travel Guides 2021, Cathy and Victoria say that “Hands down, Greece was our favourite.”

Victoria disagrees, taking a dig at her mum.

“No, Mum and Dad went home early, I stayed and partied way on into the morning,” she said.

It clearly hits the spot.

“What are you talking about? We have a great relationship,” jokes Cathy. 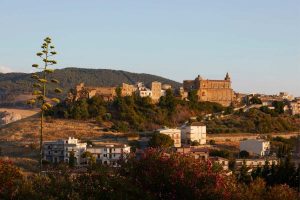 It’s clear that a great sense of humour is what keeps the Fren family so tight-knit.

They never take themselves too seriously.

“There isn’t a week if not a day that goes by where we don’t laugh about something that we’ve done,” Cathy told Vacations & Travel.

Of all the unpredictable situations the mother-daughter duo have found themselves in, they say that their ‘Mermaid Makeover’ is one they still can’t stop cracking up over.

Even though the Fren family are always up for a laugh they say that this season of Travel Guides was especially eye opening for them.

“We got to go to Cambodia and that was a real culture shock for us because it’s a developing country. We got to see a lot of sadness there but it was really special to be able to do something like that,” Victoria said.

“We always tell the truth, because we know that there are so many people out there who actually go and do the same holiday we do,” Cathy said

“If we say we like something that we didn’t and then someone goes to that destination they’ll know we were lying.”

So many Australians relate to the larrikin family. But Cathy says she was initially surprised to hear that her family was the norm.

“When I brought my family on the show, I thought we were all crazy. But after being on the show so many people told us that we’re normal. I actually can’t believe it.”