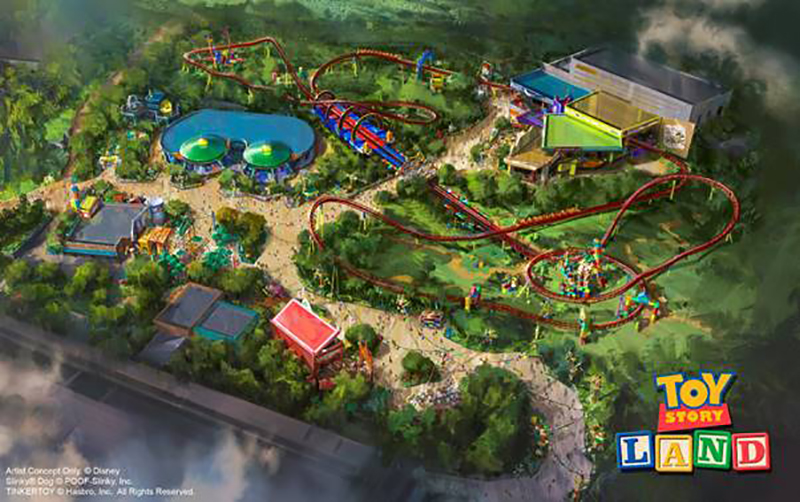 Guests in Toy Story Land will feel like they are part of the movie as Toy Story characters including Woody, Jessie, Buzz and Slinky Dog come to life in a huge, colourful setting of Andy’s backyard.

“This new land will place guests inside the wondrous world of Woody, Buzz and their pals – and invite everyone to experience the joy of being a toy.”

Alien Swirling Saucers is based on the Pizza Planet game with Toy Story aliens swirling around in flying saucers with guests in tow in their rocket-ship toys, while “The Claw” hangs overhead.

One of the most beloved attractions at Disney’s Hollywood Studios, Toy Story Mania! gets a new game-box entrance when the new land opens, with guests using all different objects such as baseballs and cream pies to aim at 3D objects in this 4D shooting game.

Guests will not be left hungry with Woody’s Lunch Box that will serve delicious meals and old-fashioned soda floats in a setting surrounded by Andy’s favourite toys.

Toy Story Land is part of a huge reimagining of Disney’s Hollywood Studios and the largest expansion in the park’s history.