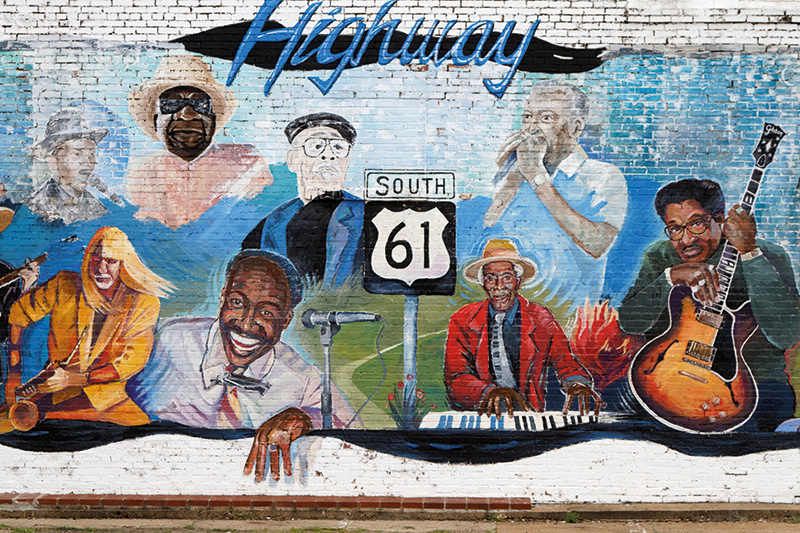 It was over a burger and fries at Roy’s Cafe in Amboy, now a defunct roadside diner that sits on the jagged spine of California’s Mojave Desert, where I first heard the story behind jazz musician, Bobby Troup’s road anthem, Get Your Kicks On Route 66. It went like this.

As the ex-GI and budding songwriter was travelling west with his young bride from Chicago to LA he started to hum a tune. Just beyond the jagged canyons of New Mexico where the red rock buttes and ponderosa of Arizona fuse into high plain desert, Troup thought it would be wonderful to feature the cities and towns they had passed through. Then, as the dewy neon lights of Los Angeles beckoned, Cynthia slid across the seat and purred into her husband’s ear – sotto voce, “Why don’t you get your kicks on Route 66?” And they did.

For decades, road trippers have cut loose and got their kicks on countless highways and byways, with many off-the-beaten trails revealing panoramic temptations; others unveiling cultural narrative; with each mindset giving these routes their special sense of place.

“It’s like a discovery of a lost soul,” says Ray Duckett, a fellow traveller I meet in Shelburne, Vermont, who has just spent seven weeks ambling the four corners of the country. “In a way, I wanted to reconnect with the small-town America of my childhood where Main Street flourished, and the outside world had no meaning; only if you were a dreamer.”

And the many highways I discovered over the next decade, took me into the heart of Ray’s American dream. I zigzagged the backroads straight from the pages of Bill Bryson’s The Lost Continent before blazing William Least Heat Moon’s trail in Blue Highways in search of a pre-globalised America. On Highway 61, I listened to musicologist and historian, Alan Lomax’s raw recording of the blues. Then past the switchbacks of the American Rockies, I connected with essayist, Edward Abbey’s beloved Canyonlands where the spirits of the Paiute and Navajo people still pervade. And beyond the wild backwaters of the Missouri, Snake and Colorado rivers, I went On The Road with Jack Kerouac before following the ghosts of the author, John Steinbeck and his dog Charley across far-flung highways in search of a lost America.

Despite each 10,000 mile journey – and there have been many – I would be nowhere closer to unearthing the heartbeat of America than before; so diverse and unique are its places and people. But that’s the magic of America’s open road, where no two journeys are ever alike. 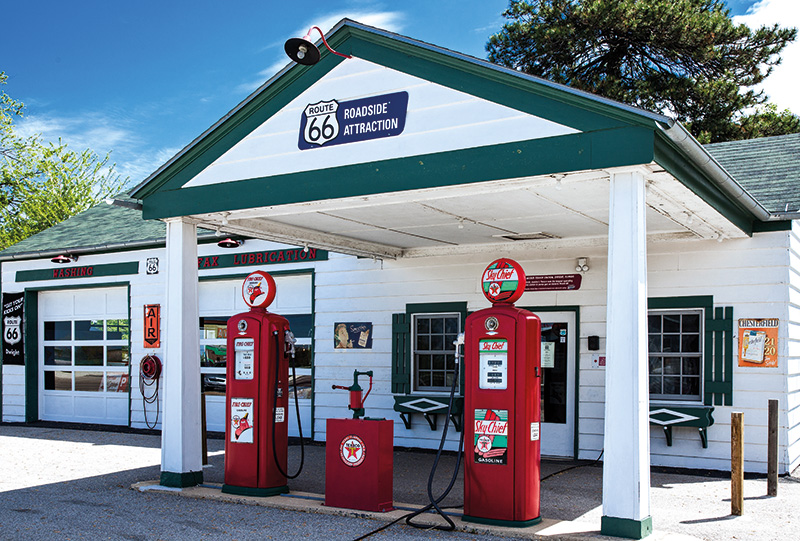 ROUTE 66: Chicago, Illinois to Los Angeles, California
Route 66 has been sung about, written about and even dreamed about. But there’s more to “The Mother Road”  than the roadside curios, crumbling trading posts and faded neon. It’s the discovery of cultural enlightenment during the golden age of highway travel. Route 66 also nurtures some spectacular desert scenery and a host of quirky and kitsch attractions; Big Texan Steak Ranch – famous for its “72oz Steak Challenge” and the Cadillac Ranch in Amarillo, Shea’s Gas Station in Springfield, Roy’s Diner and the Route 66 Shoe Tree (seriously) in Amboy, the tipi-shaped Wigwam Motel in Holbrook, and the Jack Rabbit Trading Post in Joseph, Arizona. The 3,940-kilometre journey ends amid the rolling surf at Santa Monica Pier. 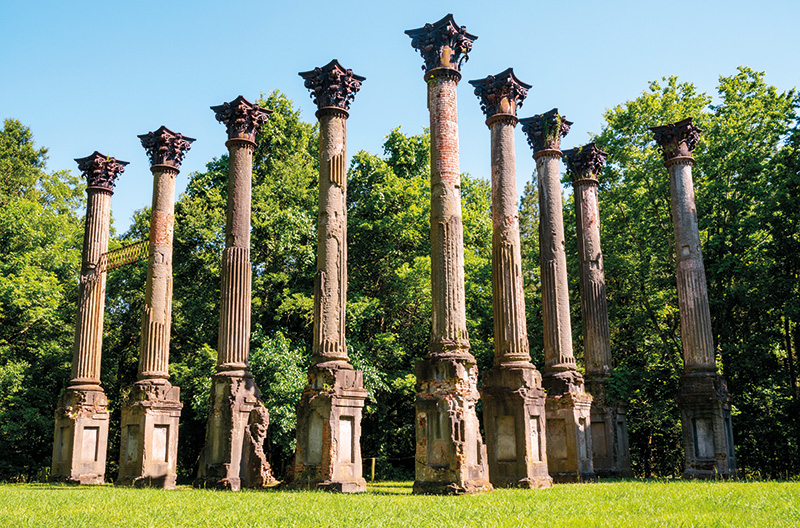 NATCHEZ TRACE PARKWAY: Franklin, Tennessee to Natchez, Mississippi
This beautiful stretch of road takes you into the heart of the Mississippi River and Tennessee’s densely-wooded valleys. Once used by Native Americans as a major hunting trail and later as a thoroughfare for French and Spanish trappers, the parkway is unmatched with its sweeping views of antebellum houses, cypress swamps, cottonfields and forests draped in the sweet scent of dogwood. Along the way, you can visit Carnton Plantation and its private Confederate Cemetery, explorer Meriwether Lewis’s grave and Chickasaw Village – an old Native American settlement and the birthplace of Oprah Winfrey in Kosciusko, Mississippi. For a taste of the Old South, mint julep is on tap at Monmouth Historic Inn in Natchez. 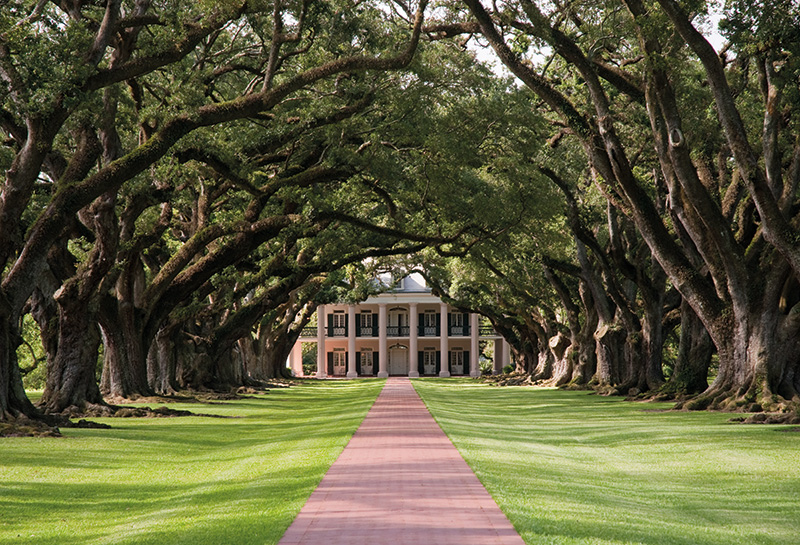 THE BLUES HIGHWAY: New Orleans, Louisiana to Memphis, Tennessee
Part of the burgeoning Americana Music Triangle, this sampling of highway travel is also one of the country’s best. Starting in New Orleans, Highway 61 intersects the Mississippi Delta – past towns and cities that played centre stage during the Civil Rights Movement of the 1960s. For blues aficionados, stop at the junction of US 61/49 where the legendary Robert Johnson sold his soul to the devil so he could master the trilling sound before detouring to Itta Bena, the birthplace of  BB King. Around Clarksdale is where you will find some original juke joints while flashier blues clubs frame Memphis’s Beale Street. And if you wish to switch gears, visit Vicksburg National Military Park and the hauntingly beautiful ruin of Windsor Plantation, which thrived in Southern glory when cotton was king. 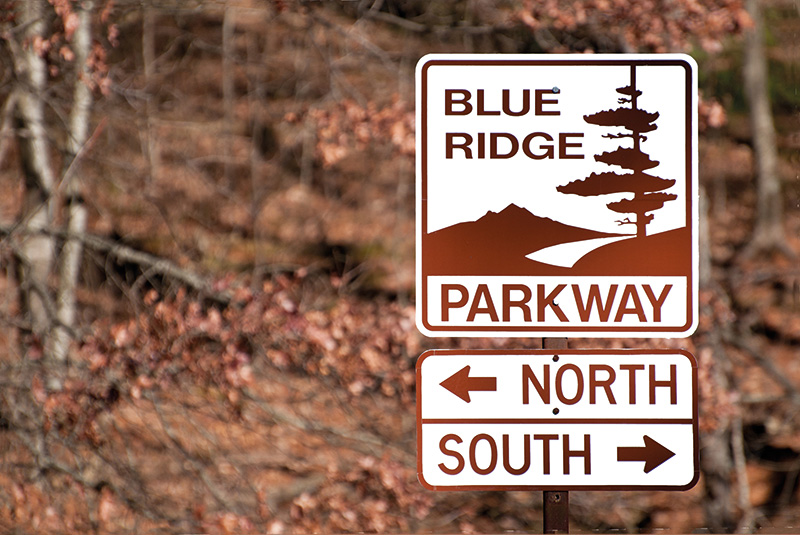 BLUE RIDGE PARKWAY: Rockfish Gap, Virginia to the Great Smoky Mountains, North Carolina
Just a short stretch from historic Charlottesville lies one of the country’s most beautiful scenic drives which links you to Shenandoah and Great Smoky Mountains National Parks. Punctuated by brooding hollows, deep ridges, and rising mountain ranges that emit a blue haze across the horizon, this former Cherokee land remains wild and resplendent. Along with making a pit stop in the pretty mountain city of Asheville, wander through the Biltmore Estate and the Folk Art Centre, one of the finest craft shops in Appalachia. If you are driving through the Parkway in spring, you’ll likely see black bears and cubs foraging on the fringe of the parkway’s dense, scented forests. 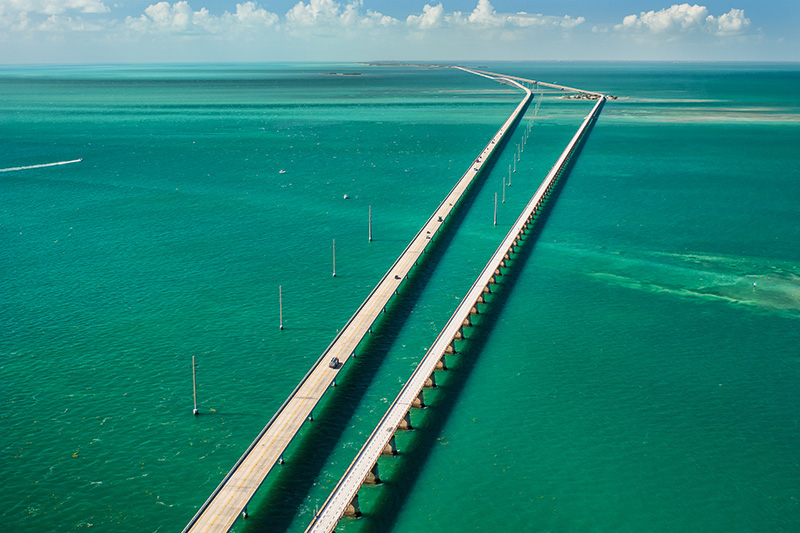 HIGHWAY 1: Miami to Key West, Florida
Light years away from the bright neon and rumba of Miami’s South Beach is the Florida Keys, linked by Highway 1 – an expansive causeway that slices through the cerulean waters of the Caribbean Sea. This is Hemingway country; a haven for writers and artists – bedecked with tropical palms, bougainvillea, and jewel-like sand. The Keys once lured pirates from the Caribbean to its chain of islands and more recently, snorkellers and deep-sea fisherman. Park the car near Key West’s Mallory Square and stroll the streets, famous for its colourful Conch houses. 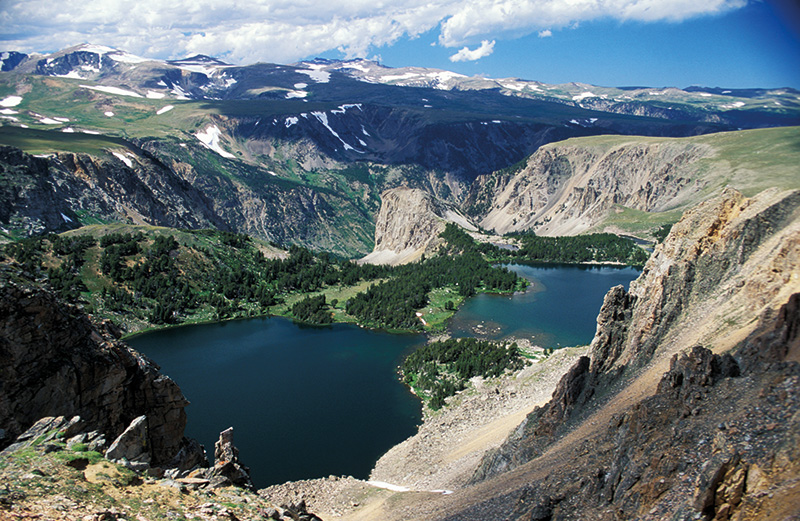 US HIGHWAY 89: Yellowstone, Wyoming to Glacier National Park, Montana
This lesser-known stretch takes in the very best of Big Sky country, an epic landscape of jagged mountain peaks, rushing rivers and two iconic national parks; Yellowstone and Glacier. From Gardiner, follow the migratory corridor for mule deer and elk through Paradise Valley. For fly-fisherman, the Absaroka – Beartooth region is Nirvana, while beyond White Sulphur Springs the highway falls into a sea of prairie. The drive ends at the eastern flank of Glacier National Park where the views of glacier-carved peaks never seem to end – especially on the Going-to-the-Sun-Road. 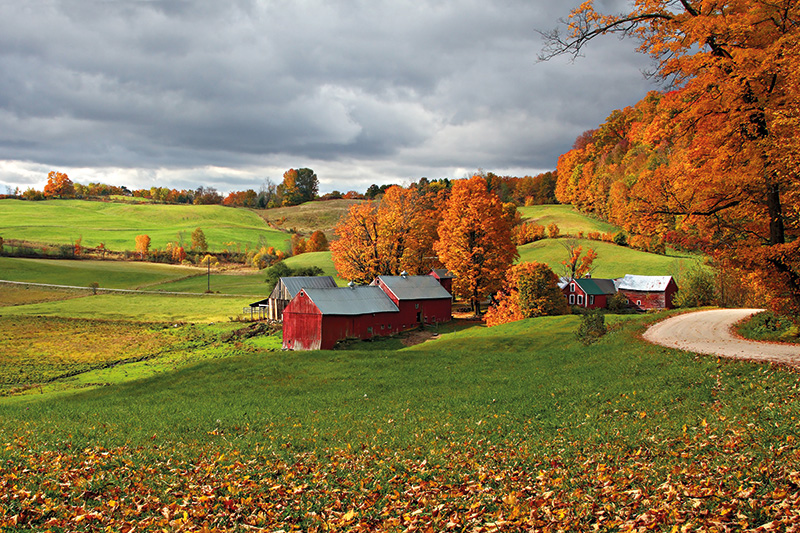 ROUTE 100: Wilmington to Stockbridge, Vermont
There’s nothing ordinary about the bucolic scenery during  the Fall, a composition of fiery hues and cradling hills dotted with quaint country villages, white-steeple churches and  old wooden drawbridges. Though a relatively short drive as the crow flies, it’s worth spending several days exploring  this stretch of road, which takes in the Green Mountains; renowned for its winter ski fields, the captivating village of Weston and its iconic Vermont Country Store, the covered bridge at Warren, Moss Glen Falls and Stowe, where more classic New England discoveries await. 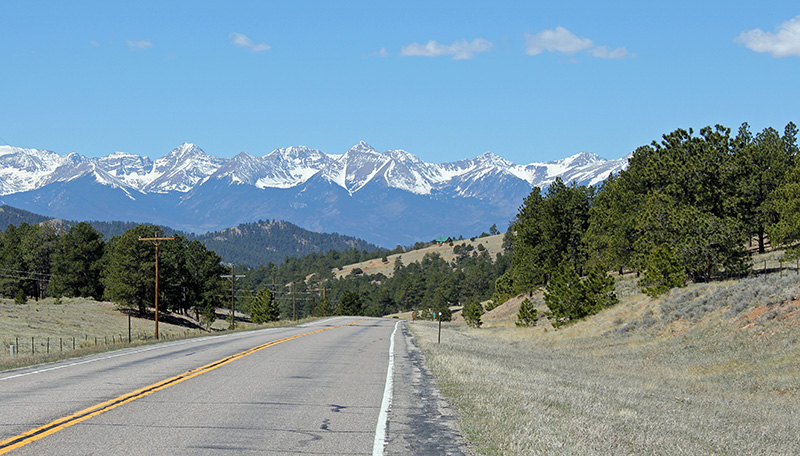 HIGH ROAD TO TAOS: Espanola to Taos, New Mexico
Try to catch the morning light as you climb to the window  of New Mexico; the Sangre de Cristo Mountains. Starting on US Highway 84 at Espanola, make your first stop at Plaza  del Cerro in Chimayo Southwest and Ortega’s Weaving Shop. The town also cradles Santuario de Chimayo, a sacred adobe church that is said to have healing powers. The high road will then take you past forests of aspen and birch overlooking the Rio Grande Valley, which links to the artist’s colony of Taos. Two galleries to check out are Kit Carson Home and Museum for frontier history and the Millicent Rogers Museum; noted for the Standard Oil heiress’s private turquoise jewellery collection, Southwest pottery and Native American artefacts. 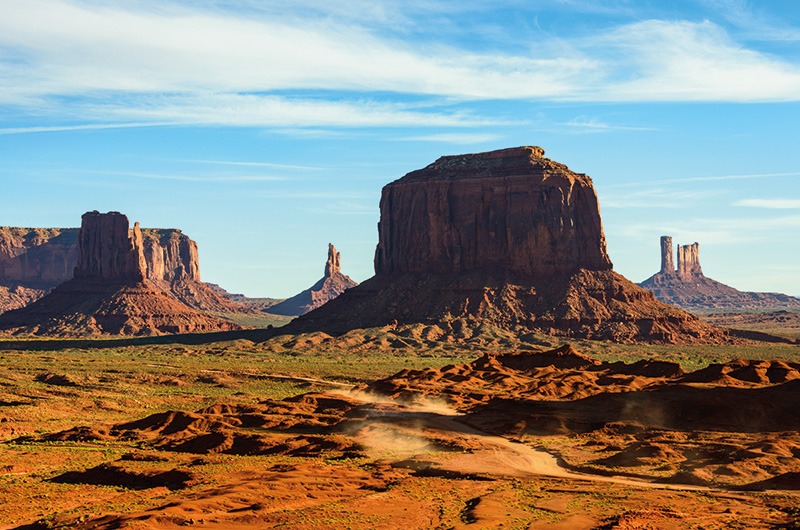 MONUMENT VALLEY: Kayenta, Arizona to Mexican Hat, Utah
Heading north along US Highway 163 towards Utah, you will view some of the most incredible red rock desert scenery in Arizona. From the town of Kayenta; once a Navajo trading post, Monument Valley will quickly unfold – a breathtaking composition of towering mesas, buttes, and pinnacles. Across the border is John Ford Point, named for the Hollywood director who filmed several classic westerns such as Stagecoach along with a visitor’s centre and museum, which is located close to Monument Valley Navajo Tribal Park. Another famous location is Goulding’s Lodge where Ford and his leading man, John Wayne stayed while on location. You can even saddle up like The Duke and ride ‘Out West’. The drive ends at the village of Mexican Hat – named for a sandstone pinnacle, which not surprisingly, is shaped like a sombrero. 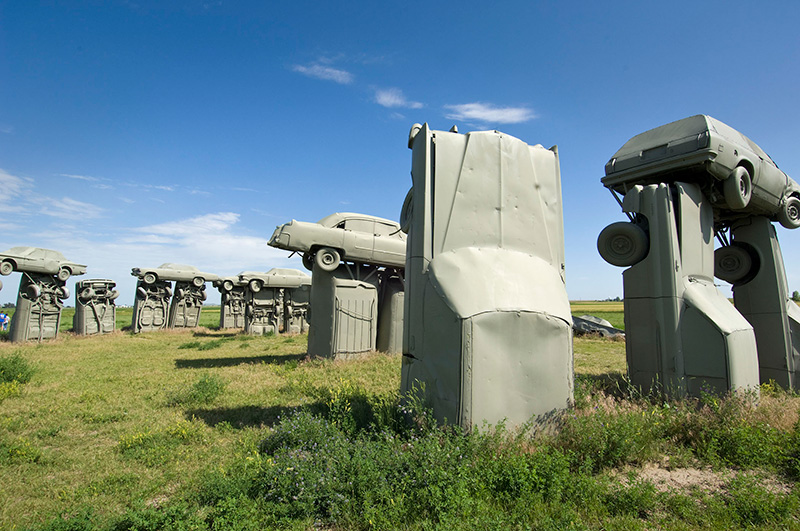 SANDHILLS JOURNEY SCENIC BYWAY: Nebraska
This unique part of Nebraska’s Highway 2 is surrounded by the grass-covered sand dunes that make up nearly one quarter of the state. Along the route you’ll find rustic towns and villages, meandering rivers, wildlife, and museums where you can learn more about the history of pioneers and the plains. While there are vast expanses of space between the small towns, the people that live along this byway have created unique and quirky gems along the way, such as Carhenge, a local replica of England’s Stonehenge but made from vintage American cars, as opposed to stone. You can also hike through the Nebraska National Forest, which is the largest hand-planted forest in the world. •

Photography by various establishments and Shutterstock.

Getting there
Fly to the USA with Delta, Qantas, American or United.
• Delta: delta.com
• Qantas: qantas.com
• American: americanairlines.com.au
• United: united.com