From its ancient castles and medieval architecture to its lush rolling green landscapes and rugged coastlines, Ireland is a country steeped in history and beauty.

The Irish are welcoming and the pubs are lively, with famous beer and a burgeoning gastronomy scene attracting visitors from all corners of the world.

Whether you want to kiss the Blarney Stone or be swept away by the wild and romantic Cliffs of Moher, Ireland offers a range of fascinating attractions and experiences.

The options are endless, so here’s some inspiration to get you going with the top ten must-visit places in Ireland.

1. Killarney and The Ring of Kerry 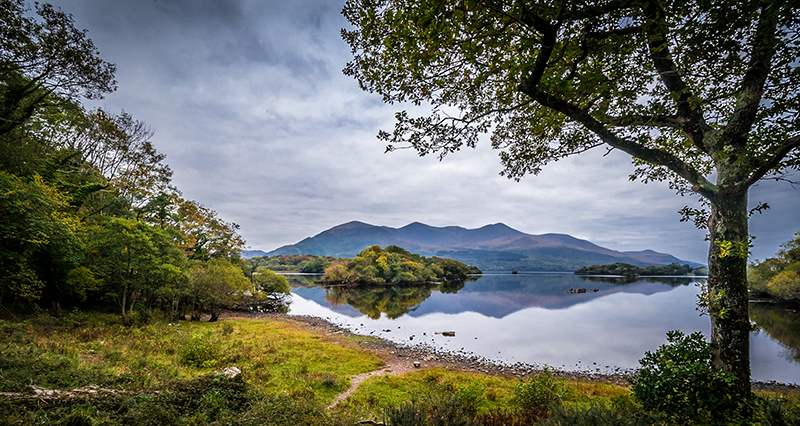 Visit the picturesque countryside town of Killarney with a hike over wooded paths and lakeshore trails.

A 120-mile trek that starts in the Killarney National Park – one of Ireland’s oldest protected wildernesses – the Ring of Kerry showcases some of the country’s lush countryside.

Along the way lies Derrynane House, the ancestral home of the “liberator” of Ireland, Daniel O’Connell.

There’s Waterville too, one of the best spots for sea trout fishing (and a favourite of Charlie Chaplin’s), but one of the most eccentric delights has to be Puck Fair in Killorglin. D

uring this summer festival, a goat is caught in the mountains and crowned King Puck in a huge party that’s celebrated in an explosive mix of music, drink and games. 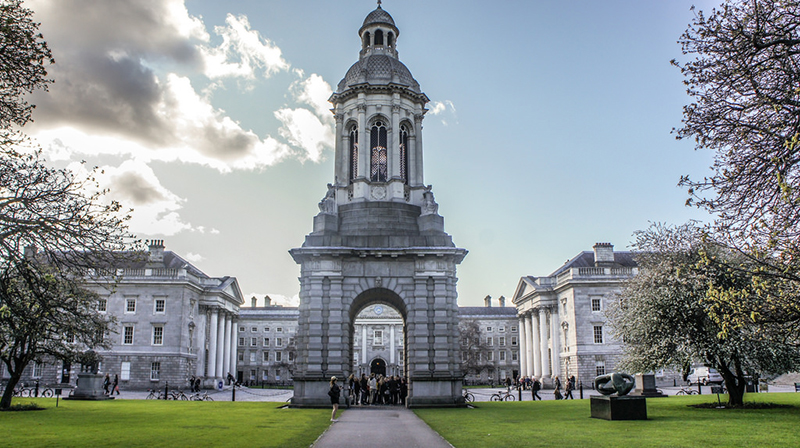 Founded by Elizabeth I to prevent the Irish from being “infected with popery” at continental Catholic universities, Trinity College was originally intended to host several colleges in the style of Oxford or Cambridge.

However, as no more were built in or near its tranquil 47-acre grounds, the college name became synonymous with the University of Dublin.

Counting famous names like Jonathan Swift, Edmund Burke and Samuel Beckett among its alumni, Trinity is perhaps most famous for its old library, which houses not only internationally important texts such as the Book of Kells, but also the “Brian Boru” harp, one of only three surviving medieval Gaelic harps. 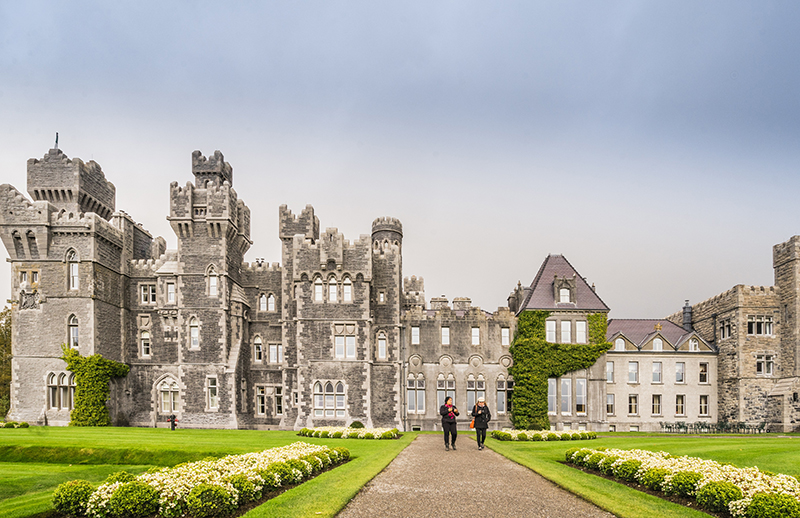 Feel like royalty with a visit to Ashford Castle and stay at the onsite hotel for the ultimate grand Irish hospitality.

Dated back to 1228, the castle recently underwent a $75m restoration and provides guests with a majestic experience, commencing with a welcome from a traditional piper who will greet you upon arrival.

Set on 350 acres of lush parkland, this beautiful castle and hotel overlooks Lough Corrib lake. It features luxurious, medieval rooms, a grand restaurant serving upmarket Irish fare, a bistro and pub, an indoor pool, a full-service spa, a cinema, a golf course, a falconry school and a Victorian drawing room where afternoon tea is served.

4. The Cliffs of Moher 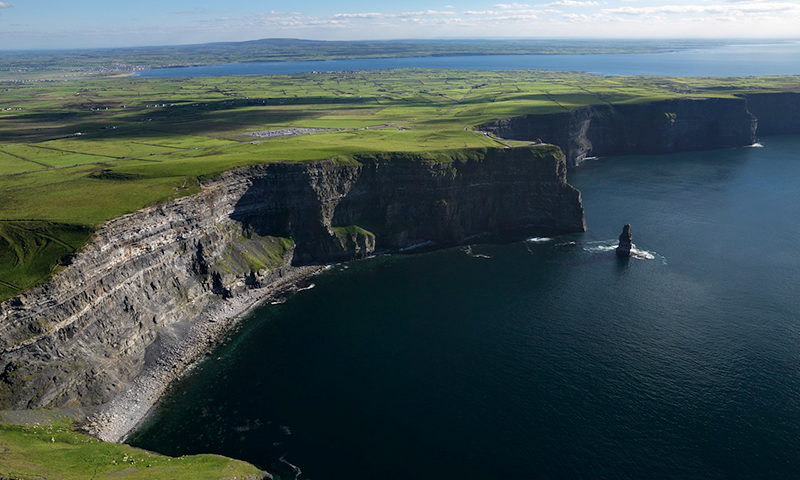 Standing at 702 feet in places and stretching for five miles along the Atlantic coast of County Clare, the Cliffs of Moher attract almost one million visitors per year. If they look familiar, it’s because the cliffs have featured in several movies, from The Princess Bride to Harry Potter.

If all the cliffs give you is vertigo, you can take a ferry trip to get a view from sea level. And while you’re in the area, Doolin – one of Ireland’s musical sanctuaries – is only a few miles away and certainly worth visiting, too. 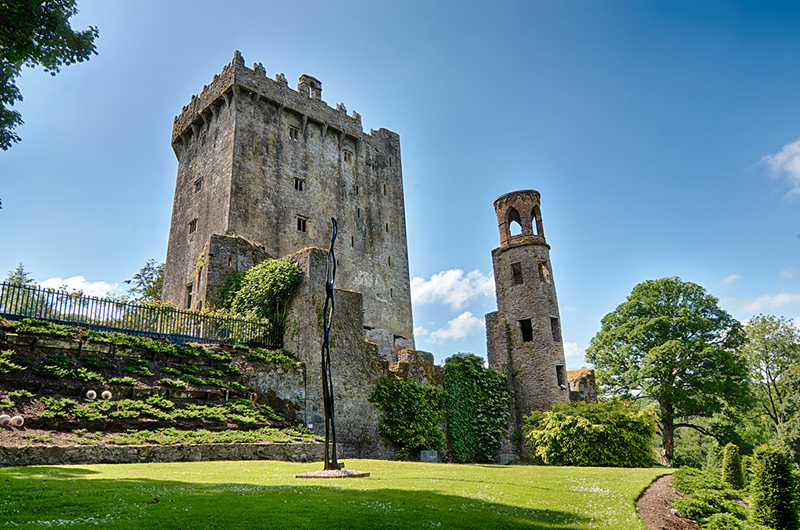 Pass by the spectacular Derrynasaggart Mountains, spanning over 40 miles in length, and dip down to Blarney Castle.

Built in the 15th century, its crenellated walls contain the famous Blarney Stone – the rock that gives whoever kisses it the “gift of the gab”.

People around here have always had a reputation for smooth-talking but their reputation for being golden-mouthed entered historical records when Elizabeth I coined the term “to talk Blarney” when referring to the lord of Blarney castle’s circumlocutions. 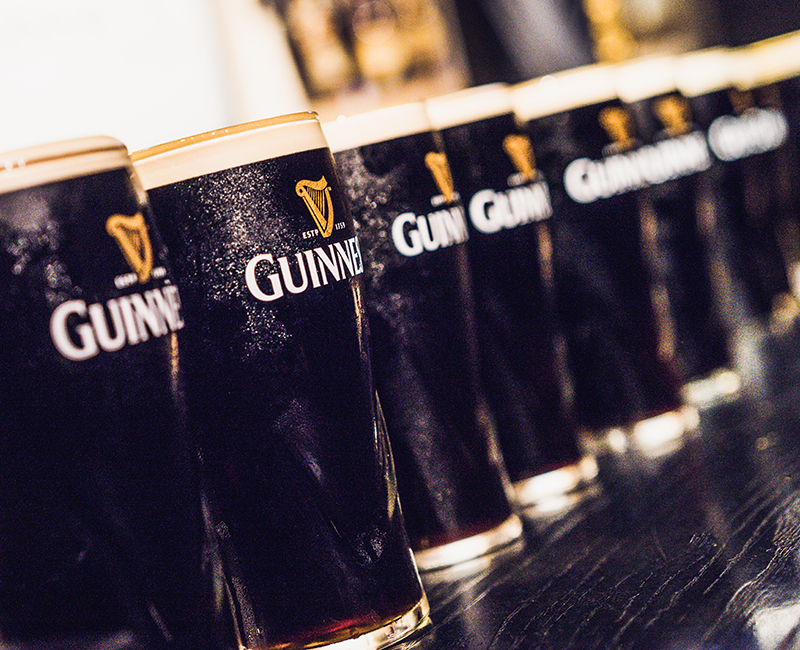 No trip to Dublin would be complete without passing through O’Connell Street.

Once known as Sackville Street and topped with a statue of Nelson, it was renamed after the Irish Free State established itself. Sackville Stree now has a monument to Daniel O’Connell at one end and “the spire” – the world’s tallest piece of sculpture – at the other.

While you’re there, visit the neoclassical grandeur of The Custom House or an older seat of government, Dublin Castle, the garden of which lies on the historical Black Pool (Dubh Linn) the site Ireland’s capital is named after.

For the ultimate beer experience, visit the famous Guinness Storehouse for an exclusive after-hours tasting 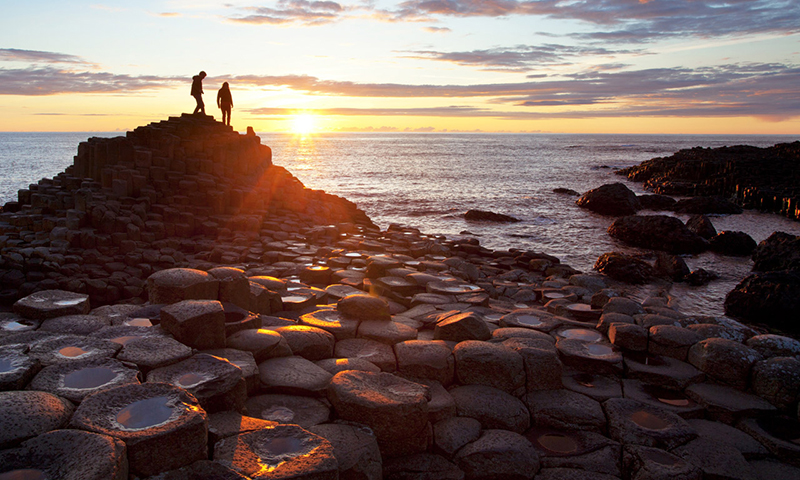 The Giant Causeway’s colossal columns of basalt are the result either of volcanic eruptions occurring millions of years ago or the consequence of a bored Irish giant.

According to the legend, giant Finn McCool left random bits of clothing and furniture around the place in the form of gigantic stones.

Take a stroll around the UNESCO World Heritage Site and see which explanation captures your imagination. 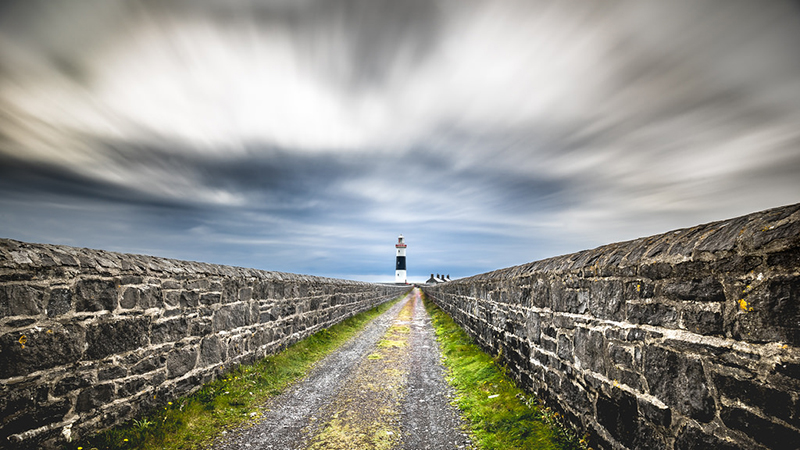 Three limestone islands off the west coast of Ireland, the Aran Islands (Inishmore, Inishmaan and Inisheer) are home to just over 1,000 residents.

The locals tend to prefer Gaelic to English and are proud to sustain their traditional Irish ways of life.

Littered with Celtic monuments, churches, dry stone walls and over 250 species of birds, the little archipelago offers a heavenly retreat to any who feel burdened by the pace of mainland life. 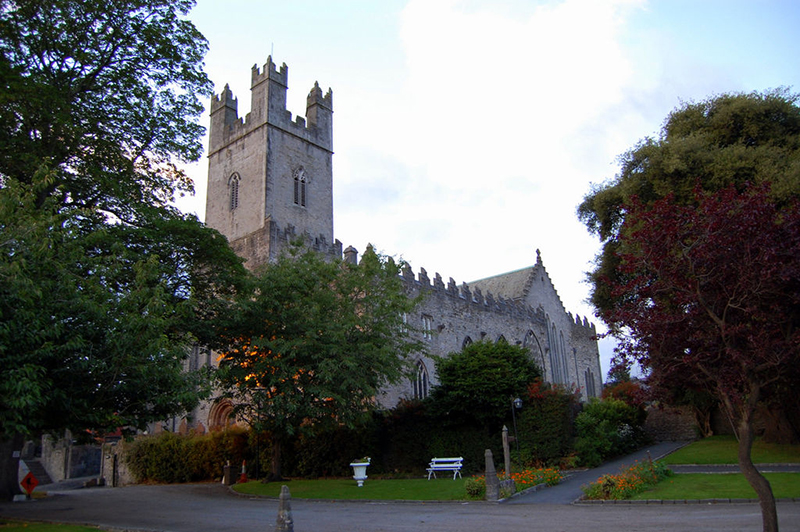 Limerick is famous in Ireland for having borne the brunt of so many of its wars.

But this role has also bestowed upon the city an incredible history often wrought in stone.

Make sure to see St Mary’s Cathedral, Limerick’s oldest building (founded in the 12th century). You also need to visit the Treaty Stone, upon which William of Orange signed for peace. It sits on a grand pedestal to stop visitors from chipping parts away to sell or treasure for themselves. 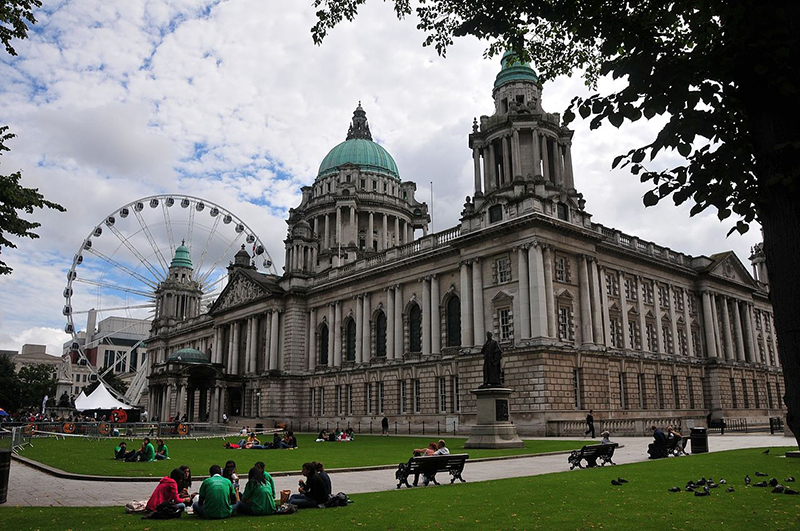 Belfast has a tough reputation, but it’s really a cultural beacon.

Home to Titanic Studios (where Game of Thrones is shot), St George’s Market, Belfast University, and the baroque revival glory of City Hall, perhaps the most famous of the city’s spectacles is nonetheless its street art.

Adorning many a wall, these murals number in their thousands (though there are roughly 300 top quality ones) and range from republican tricolours to loyalist depictions of William III – “King Billy”.

Want to go to Ireland? Check out these tour companies: