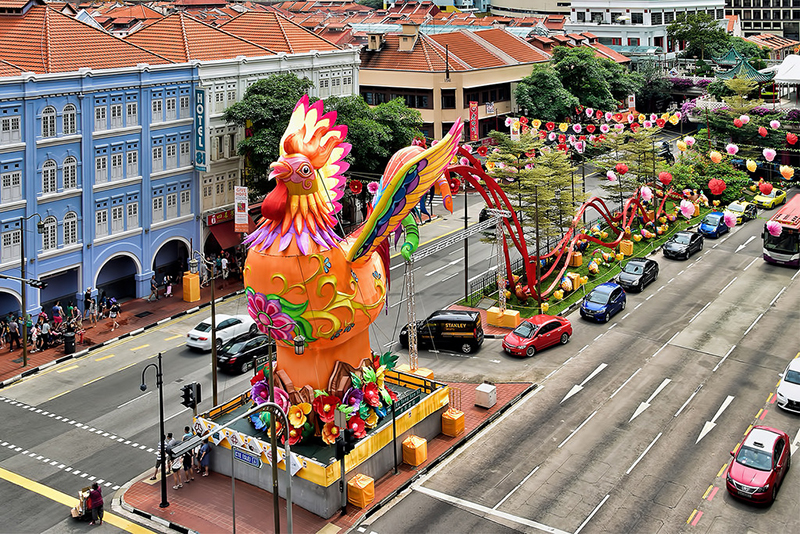 With the Chinese (Lunar) New Year well and truly upon us (the year of the Fire Rooster officially kicked off on 28 January), it’s a great time for travellers to plan their travels to coincide with significant events and festivals in the countries they’ll visit.

Many festivities are steeped in tradition with symbolic colours and rituals, often sharing the common theme of family and togetherness, offering visitors a unique insight through immersive and colourful cultural experiences.

While some tourist activities may be closed for several days over a holiday, the benefit is seeing the country during a period of immense celebration and cultural significance, and in addition to the Lunar New Year celebrations, Asia travel experts Insider Journeys reveal their top 10 festivals. 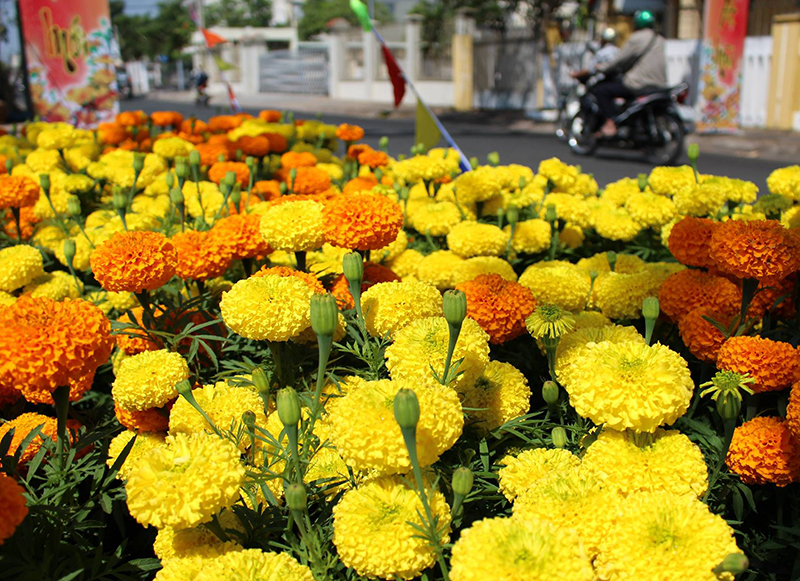 Tet celebrates the Vietnamese New Year and is the most important celebration in Vietnamese culture. In the weeks and days leading up to the big event, homes are decorated with symbolic flowers, and its not uncommon to see peach and kumquat trees being transported on the backs of motorcycles. 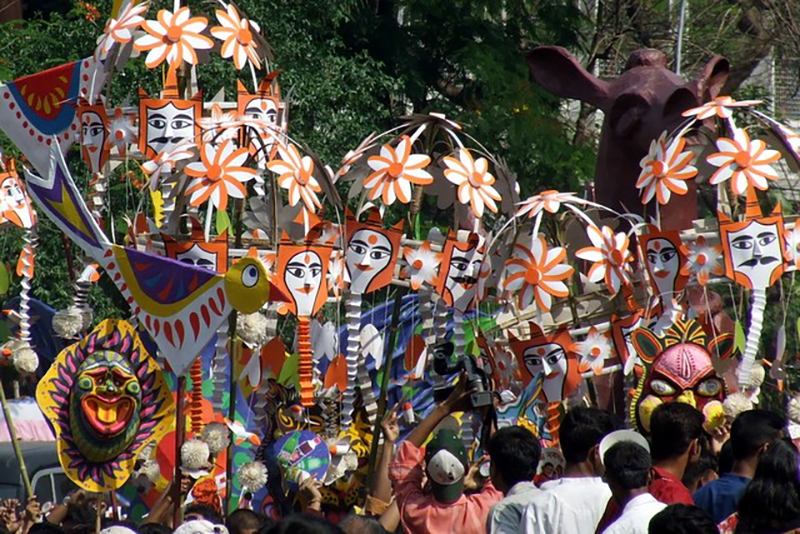 Literally meaning “white moon”, Tsagaan Sar is Mongolia’s version of the Lunar New year. Food is highly symbolic and families will prepare hundreds, even thousands of buuz (dumplings) to welcome family and visitors to as part of their tradition of three days of hosting.

3. Losar – Bhutan, Tibet and certain parts of Nepal and India 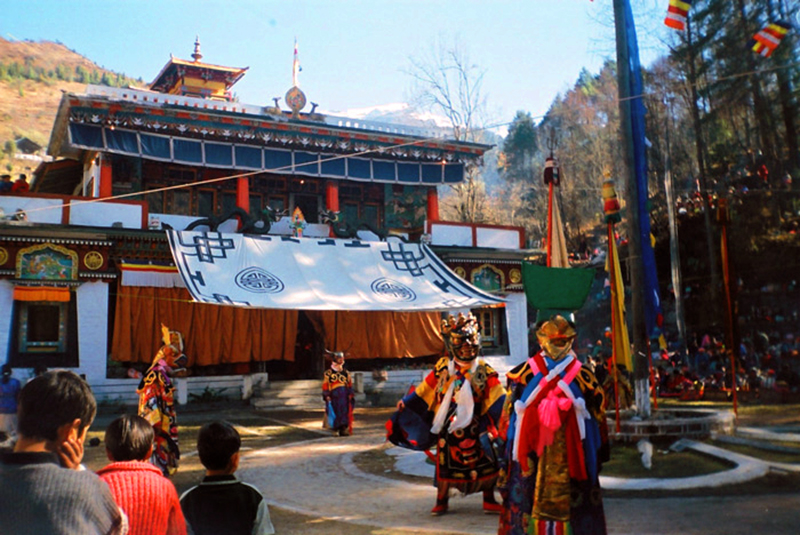 This is the Tibetan New Year and is the most important festival in the Tibetan calendar, which is based on Tibetan astrology, meaning the dates won’t always align with the Lunar New year. This year, Losar celebrations will fall on 27 February. It is three-day festival with first day celebrations for family and second and third days for visiting and exchanging gifts with friends and distant relatives, reinforcing community ties and cultural identity. 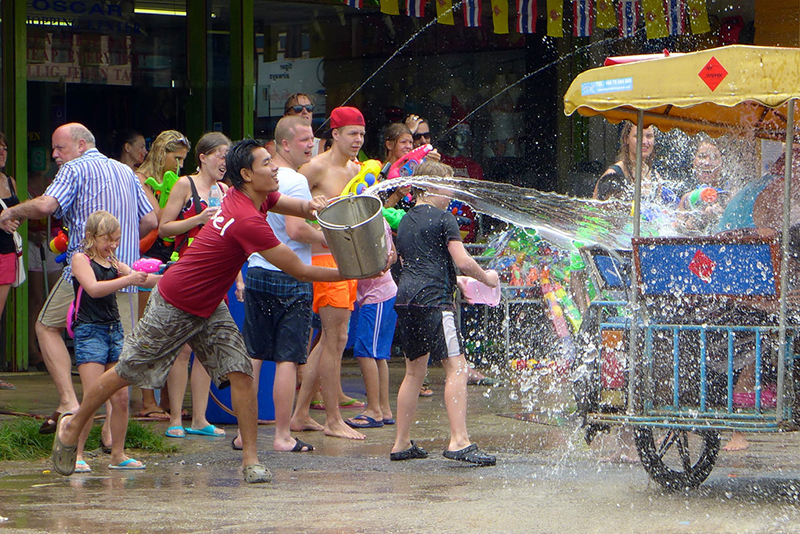 The Buddhist New Year will fall around the 13 or 14 April in 2017, in alignment with the Buddhist calendar. Celebrations generally last three to five days and include a shared love of water throwing activities, which is especially prominent in Thailand, with tourists actively participating. 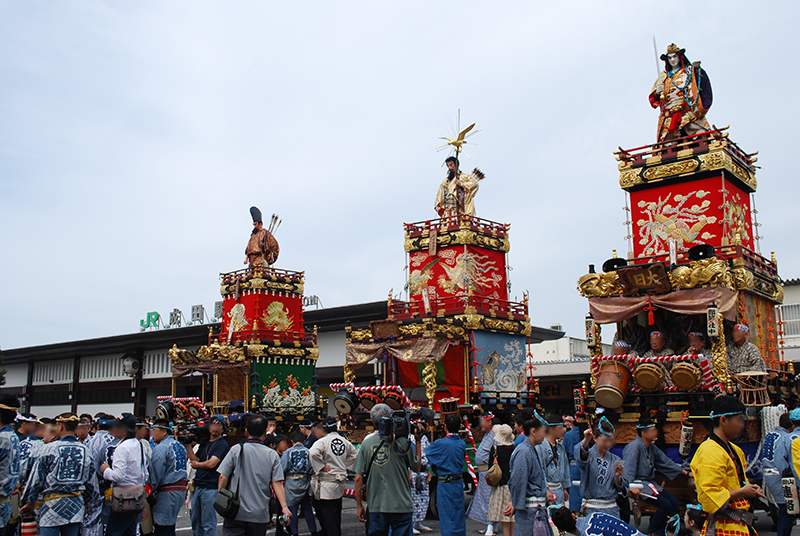 Like many shrine celebrations (matsuri) within Japan, Kyoto’s Gion Festival is an elaborate affair that takes place in July. Its main highlight is the Yamaboko parade, which features 32 floats – yama floats adorned with elaborate tapestries, wooden and metal ornaments and massive 6-metre tall hoko masterpieces pulled by teams of up to 50 men. 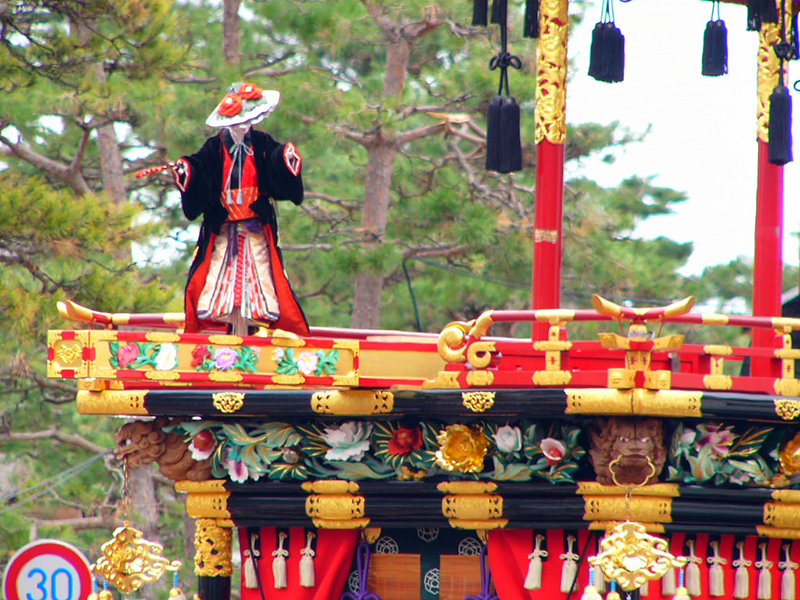 Held in April, this is one of Japan’s most striking festivals, drawing in a large audience from across the country and around the world for its display of festive floats. One of the most unusual features of the festival is the presence of mechanical dolls, known as ‘karakuri ningyo’, which decorate many of the floats. 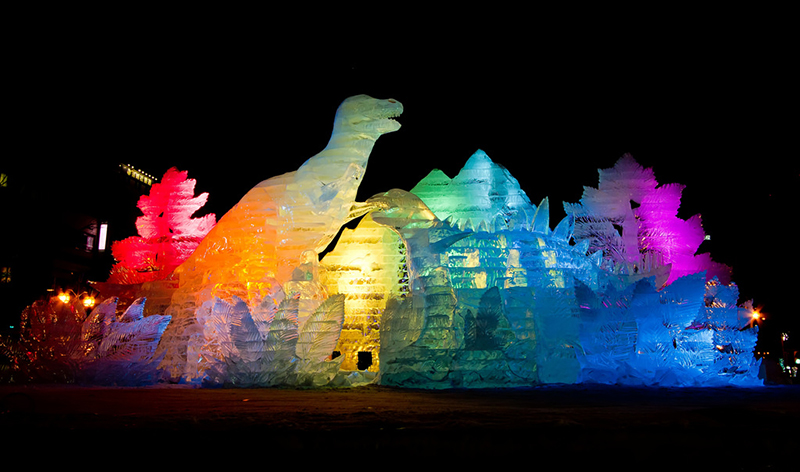 More than two million people visit Sapporo in January to marvel at giant snow and ice sculptures that adorn the streets and parks in celebration of winter magic. The festival has grown from humble origins in 1950 to a massive display of small and large sculptures by local and international participants lining a stretch 1.5 kilometres long, as well as snow slides, food stalls and ice bars, and colourful lightning for night-time viewing. 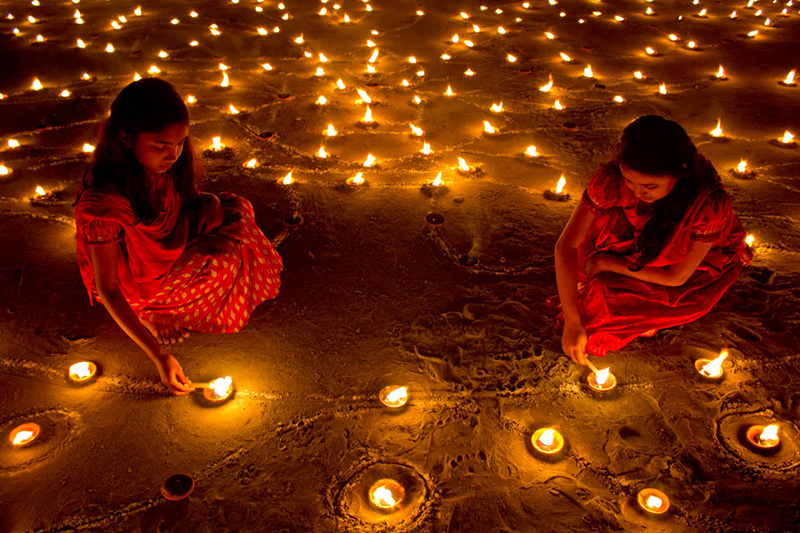 Known as the Festival of Lights, Diwali is one of the biggest and most popular Hindu festivals and holds great historical significance. The five days are celebrated with great enthusiasm and happiness, during which time gifts are exchanged, with the symbolic lighting of candles taking place on the third day, bringing villages and towns awash with light. 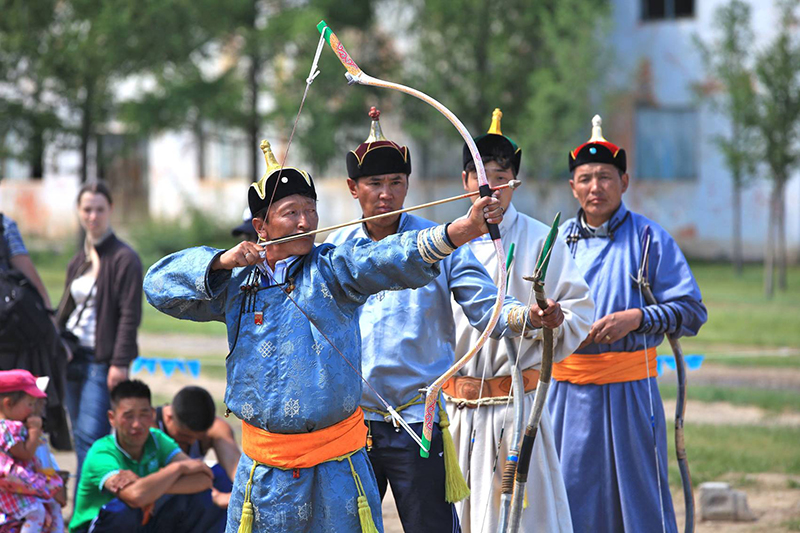 The Naadam Festival is the most important event in the Mongolian calendar, where competitions take place over two colourful and spectacular days. Competitions consist of Mongolians’ real passions, otherwise known as the ‘three games of men’; horse racing, archery and wrestling, with an opening ceremony mixing monks, the military and athletes. 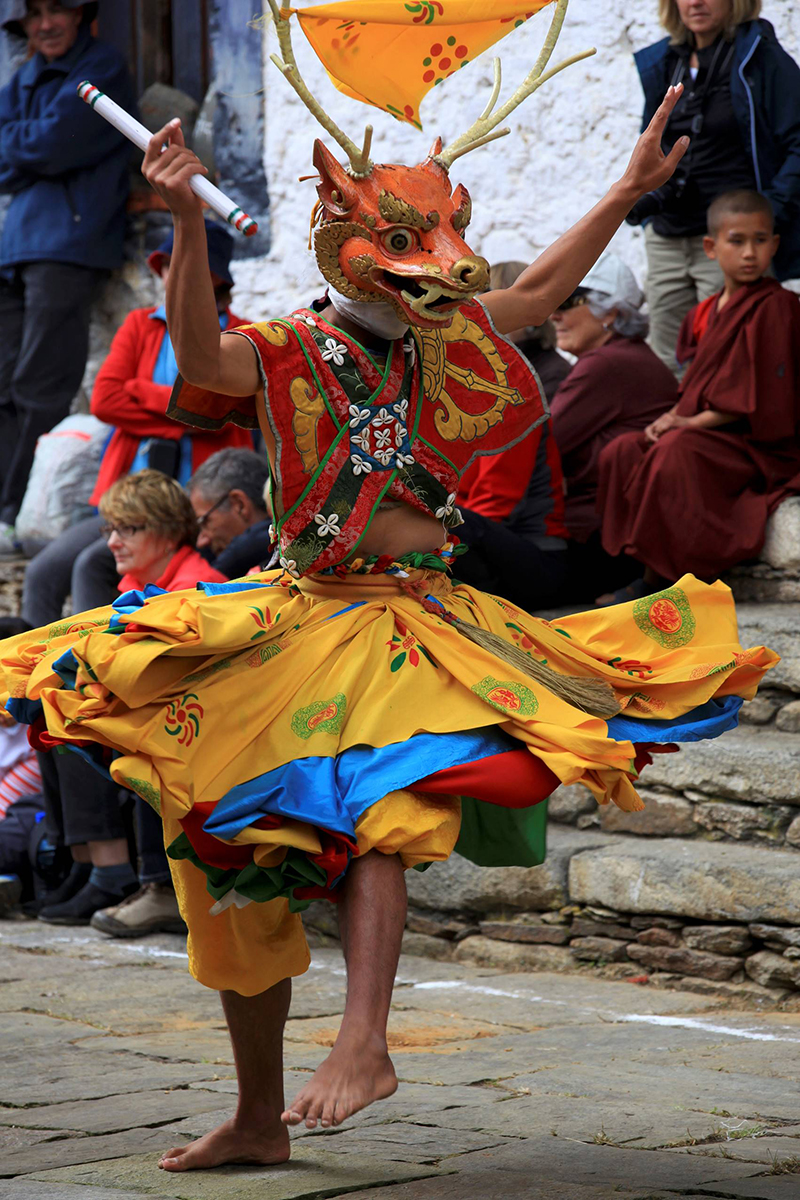 While Bhutan (romantically referred to as the ‘last Shangri La’) is host to many religious festivals that are alive with colour and atmosphere, Jambay Lhakhang is its most famous. Enlivening the region with its vibrant colours and atmosphere, the festival sees locals gather together to dance, pray, celebrate and socialise.

Insider Journeys has Small Group Journey departures which coincide with many of these festivals.