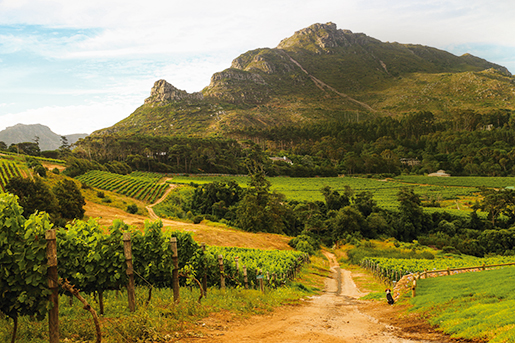 Imagine just how far you’re willing to go for a good glass of wine. Would you climb the ancient walls at France’s Chateau Mouton Rothschild for an ounce of 2011 cherry-spiked Bordeaux? Would you crawl through the Black Forest on your hands and knees if this were the only way to secure safe passage to the 16th century cellars at Germany’s Weingut Juliusspital, where baroque grandeur waits to envelope you like a dark velvet cloak? Would you swim the Hauraki Gulf to reach New Zealand’s Waiheke Island, just to sip cabernet sauvignon in the beautiful brick-and-mortar Stonyridge cafe? Or would you go no further than the corner shop while on the hunt for the best boxed wine $10 can buy? Here’s the point; with so many wondrous wine regions scattered throughout the world, from France to Vietnam to California and back again, is it worth going to great lengths to get great wine at the source, when modern distribution brings naughty grape juice so close to home? The bottom line is that wine is worth going wild over when it comes tied to adventure – and few wine regions in the world can match the pomp and circumstance of South Africa. Would you put yourself at the mercy of a gap-toothed great white shark first thing in the morning if it meant an afternoon of revelry in the Stellenbosch or Franschhoek wine regions? If you’re going to travel around the world for wine, it’s well worth your time to up the stakes.

Cape Town is a small berg from 50 metres above solid ground. From the inside of a capsule of the Cape Wheel, people look like miniature facsimiles of themselves, while buildings appear as if they belong on the third floor of a wooden dollhouse. The Mother City’s beaches shine like thin bands of gold, while indomitable Table Mountain, as iconic as icons go, looms slightly less large than usual, a stoic giant with broad shoulders carved from sandstone. I came up for a spin on the wheel in order to put Cape Town into perspective, but also to catch a glimpse at the Cape Wine Regions; I’ve heard that you’re never more than three springbok leaps from a vintner when you’re in this city, but I can’t seem to see a single grape stomper, vine wrangler, or bottle corker. 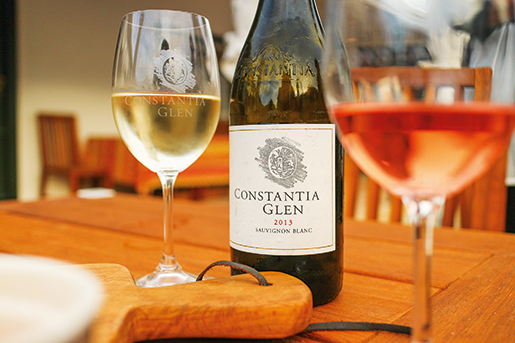 The shops, cafes and restaurants of the Victoria & Alfred Waterfront spread out below me – I spy flotillas of brightly-coloured sushi floating on and off plates at the Cape Town Fish Market, and watch Cape Town’s best-dressed saunter about Sevruga, the famed outpost of haute African fare. The opulent Table Bay Hotel rests over the sea side of Victoria Wharf, beckoning passersby with spirited cocktails from the Union Bar, the eclectic menu at Camissa, and sweeping views of the harbour from the ever-raucous lounge. My tour of the Cape wine regions really begins in earnest at a table at Camissa, with a plate of braised lamb shank in front of me, and a bottle of Meerlust Estate’s 2003 Cabernet Sauvignon, a bright ruby wonder with a heady cedar and cherry aroma balanced by the smoothness of sandalwood and plum. Around the dining room good-looking bottles sit open to the air; a 2006 Tulbagh Mountain Vineyards Shiraz competes for attention with a 2007 De Wetshof Estate Pinot Noir, while a 2006 L’Avenir “Grand Vin” Pinotage puts out the vibe from a dark, mysterious corner of the room. A wander about the Table Bay Hotel is like an introduction to the Cape’s finest wines, and serves to showcase a bit of South Africa’s nascent culinary traditions and sensational vintnering heritage. But like even the best flights, a visit to the Table Bay Hotel is just a taste of the good life and leaves me wanting more. I need to wander among the vines.

Though you may not be able to spy many vines from the top of the wheel, the Cape vineyards are never far from any place on the Cape Peninsula – which means you can pair them perfectly with adventure in the Mother City. Just off the coast of Gansbaai, you’ll find the cage diving capital of the world – and if any activity justifies a few drinks, it’s swimming with Great White Sharks. If you don’t have quite enough mettle to swim – or sleep – with the fishes, you can toss yourself off Table Mountain with the good people at Abseil Africa; this is almost certainly the most stunning 112-metre descent in the world, as well as one of the most thrilling. Zip up to the top of the mountain at dawn, fling yourself off first thing in the morning, and head off into wine country before noon.

Grapes have been cultivated on the Cape since the 17th Century, while the legacy estates here are as grand as any you’ll find in France or Spain. Stellenbosch and Franschhoek have been top of mind for generations, and feature some of South Africa’s finest wineries, though vineyards at Tulbagh, Wellington, and the Swartland are garnering attention with fresh spins on bold pinotage, bordeaux blend and sleek shiraz. Eschewing busy group tours and going out on your own is the best way to explore the wineries as you can mix in visits to larger venues with off-the grid and up-and-coming winemakers. Wine Tourism has become a massive draw for South Africa during the last 20 years, but because of the weakness of the Rand against major global currencies, you can tour Cape wineries for a fraction of what tours cost elsewhere; tours and tastings often cost less than $5, while meals range from $10 – $15, and fantastic on-property accommodations can cost as little as $45. 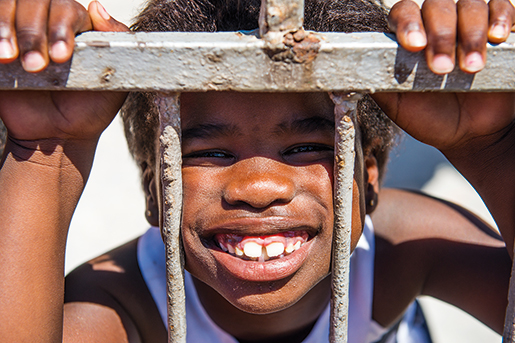 The Constantia Valley, nestled into a crook of the craggy Constantiaberg Mountains, is a quick zip from central Cape Town and a wonderful introduction to South Africa’s winemaking history. Some of South Africa’s oldest wineries were established here: Steenberg, known as the Mountain of Stone, was established in 1682, while Groot Constantia – no relation to the Guardian of the Galaxy – was built in 1684 by Simon van der Stel, then Dutch Colonial Governor of Cape Town. Zipping along narrow roads through the valley, vines threatening to take hold of the car and drag it off the road, I’m overcome by an urge to jump out of the car and sprint down one perfectly manicured row after another, surmount the precipice of Constantiaberg leap by leap, then sit and stare into the heart of the Africa sun. It’s possible to arrange tandem paragliding tours over this part of South Africa with Cape Town Tandem, though they’re likely to first launch you off Lion’s Head to see how far your feathers will carry you. No, paragliders are not equipped with wine cozies.

I do manage to get off on a bit of a wander into the countryside, until the valley widens like a bell on its side, and the Constantia Glen estate spreads out before me. Constantia Glen, under the current stewardship of Dr Horst Prader, has lorded over 60 hectares of this valley since the 1960s, and watched as vineyards became forests that became Angus ranches that became vineyards once again. Winemaker Justin Van Wyk has steered the winery toward numerous international accolades over the last three years, including the title of Top South African Wine at First Growths in Zurich. Constantia Glen is known for three things: their flagship Bordeaux  blend, Constantia Glen Five; sweeping panoramic views from anywhere on the property; and the finest restaurant in a region known for dishing world-class fare. I would have called Constantia Glen ‘Heaven’, but no one asked me my opinion when they were coming up with names. The restaurant only opens for private events, but even if you have a small group, it can be worth looking into a special affair out on the farm; dinners are hosted at Manfred’s Legacy , while the estate’s team of chefs elevates nouveau-African cuisine to new heights.

The Cape has always stood at the vanguard of African wine making, and today it is poised to usher in South Africa’s Golden Age of Grapes. For every visit to the popular Franschhoek Kitchen at the Holden Manz Winery, with its $15 picnic basket filled with pork belly and pumpkin gnocchi, bottles of rosé and fierce cab sauv blends, there’s the off-the-radar Readers Restaurant in sprightly Tulbagh, Carol Collins’ ode to historical epicurean oddities – if you’ve never tried tuna steak with wasabi butter, or homemade ice cream churned with balsamic vinegar – this is your chance. Wines at Readers begin at less than $5 per bottle, which means you should have plenty in the purse to work through the 50-plus vintages in the cellar. Cape Town itself is one of the world’s most beatitude and vibrant cities, and no length of stay could properly do it justice – yet a trip into wine country serves as a wonderful counterpoint for all manner of adventure.

Southern Africa is big, bold, and bursting at the seams with iconic, intrepid travel experiences. Since I’ve been old enough to flip the pages in my own picture books, I’ve dreamed of stalking lions through the brush, diving with great white sharks, and channeling my inner Allan Quatermain on wild African safaris. Older now, a little less insane but every bit as intrepid, I have put myself at the mercy of Africa’s essential experiences. Using Cape Town’s wine regions as the ultimate launching pad into the authentic, I’ve found that beneath these iconic flashes of a wild new world, beyond the touristic façade and the sun and the surf and the safaris, Southern Africa is a splendid destination with allure to spare. 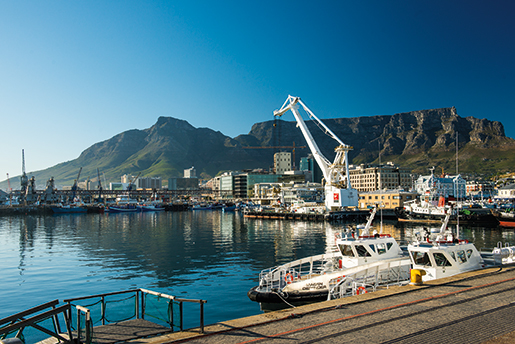 South Africa’s cutting-edge wineries are world-renowned, while the Cape Peninsula has a bygone charm that recalls the glory days of fisherfolk past; the Cape of Good Hope’s natural allure is only overwhelmed by my steadfast desire to dive into the sea on the tail of Jackass penguins. Visiting Hottentots Holland Mountain villages elicits postcard visions of Switzerland, while Cape Town continues to charm with the quaint beauty of Bo-Kaap, Sea Point Promenade, the ever-alluring Kirstenbosch Botanical Gardens, and a spectacular gastro scene all its own. •

Sun International operates resorts and luxury hotels in South Africa, Botswana, Namibia, and Zambia. The company’s distinctive and unique properties also include the award-winning The Table Bay Hotel in Cape Town and The Palace of the Lost City in Sun City. suninternational.com

Followme2Africa are continental travel experts and provide curated freedom for a new generation of traveller to Africa. Followme2Africa can arrange all your adventure activities for your stay in Cape Town, allowing you more time to explore. followme2africa.com