Of all the fine accommodation choices in central Sydney, the Tank Stream Hotel stands out for several reasons: its excellent location at the quieter northern end of the CBD and its clever transformation from a 1960s office block to a stylish place to stay for business or leisure.

But few of its guests since its recent opening would realise the hotel’s name carries tremendous significance for the city and the nation, because Sydney would not have been established here if it weren’t for the Tank Stream and its life-giving water. Arthur Phillip had rejected the site on Botany Bay proposed via Cook’s Endeavour expedition 18 years earlier and ventured into the uncharted harbour looking for something more suitable.

As it had for the local Gadigal people for thousands of years, the stream provided for the British settlement for several decades until Sydney’s development polluted it beyond saving, and the city was built over it. 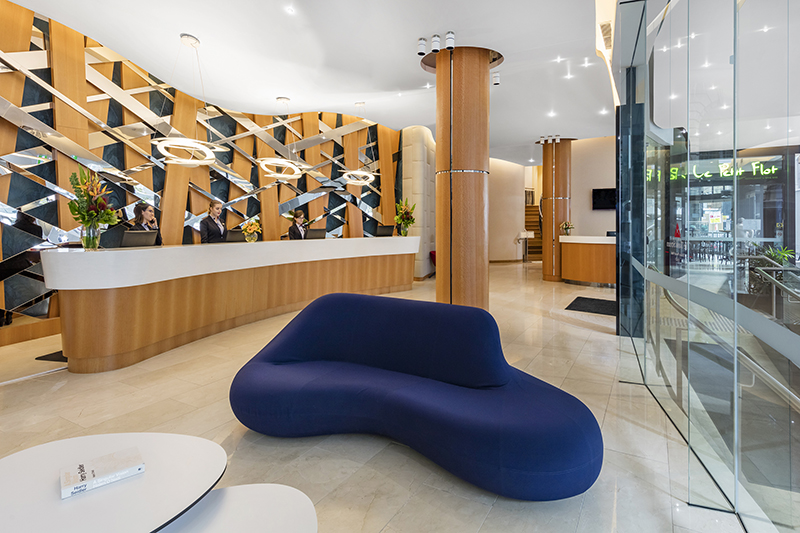 But the Tank Stream still flows, under the hotel and many other significant buildings.

Indeed, diners at the Tank Stream’s edgy restaurant Le Petit Flot (‘the small flow’) and the laneway wine bar below can look down to the stairway that leads into the stream; there’s an informative plaque by the entrance, and the stream is open for tours twice a year through Sydney Living Museums. 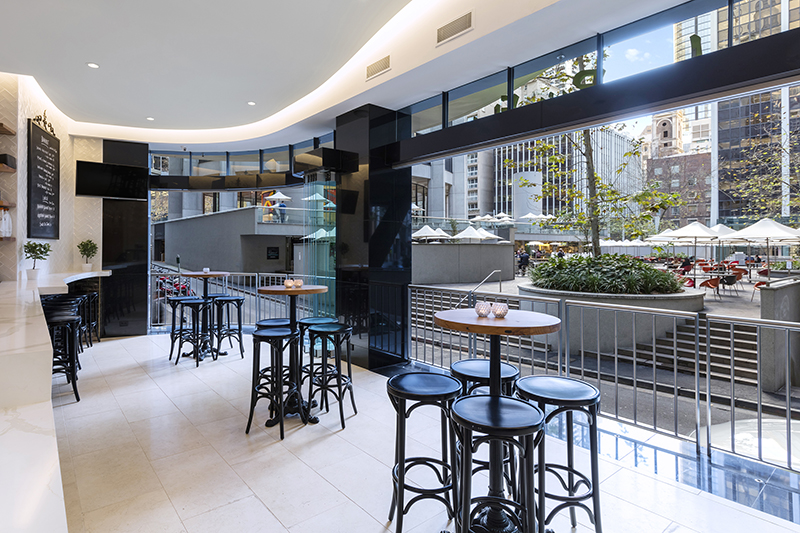 But you can shadow it above ground, following half a dozen installation markers set in the ground along or just off Pitt Street, starting from the Tank Stream Fountain at Circular Quay. Pick up a brochure from reception at the hotel.

Below the GPO in Martin Place is a permanent exhibition on the stream, including a view into an exposed section still in use as part of the stormwater system.

This commercial end of the CBD reflects Sydney’s boom years. In rooms on the Tank Stream’s higher floors (added to the 1960s building during its conversion), you look across to the likes of the dome atop the angular 1920s Fairfax building.

The exterior is clad in white Wombeyan marble, also used on the War Memorial in Canberra, and in Sydney on the Commonwealth Office Block, the Reserve Bank and the State Bank in Martin Place.

But inside the Tank Stream it’s modern and bright, with rooms lined in soft blonde wood and a design where comfort is assured but little things are not forgotten, such as generous lighting, lots of storage space, and powerpoints where you need them. 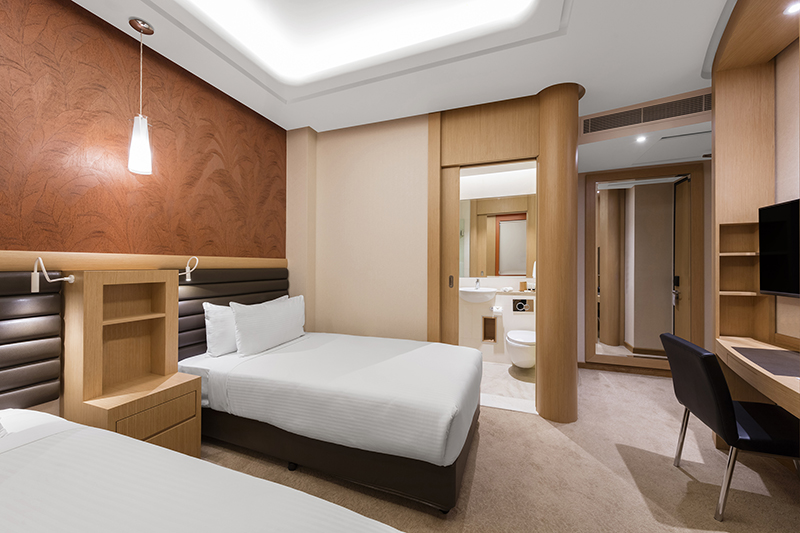 The hotel also provides, for free, several extras in the tariff, including high-speed wifi, snacks and non-alcoholic drinks, and an in-room movies selection that would shame some airlines’ offerings.

Jeremy Bourke stayed as a guest of the Tank Stream Hotel.