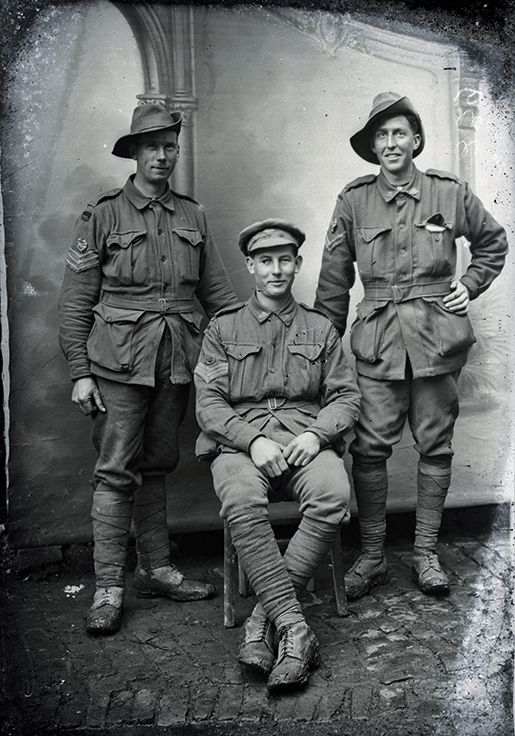 This outstanding exhibition is akin to finding priceless buried treasure, and in a way it is. The small French village of Vignacourt was always behind the front lines in the First World War. It was a staging point, casualty clearing station and recreation area for troops of all nationalities moving up to and then back from the battlefields on the Somme. Remember me: the lost diggers of Vignacourt tells the story of how one enterprising photographer took the opportunity of this passing traffic to establish a business taking portrait photographs.

Captured on glass, printed into postcards and posted home, the photographs made by the Thuillier family enabled Australian soldiers to maintain a fragile link with loved ones back home. The Thuillier collection covers many of the significant aspects of Australian involvement on the Western Front, from military life to the friendships and bonds formed.

The photographs were found by an Australian news crew in 2011, after sitting undisturbed for nearly a century in the attic of a farmhouse in the town. They were painstakingly restored by the Australian War Memorial and are going on tour, with the first stop being the State Library of New South Wales, from 1 November 2014 to 18 January 2015.