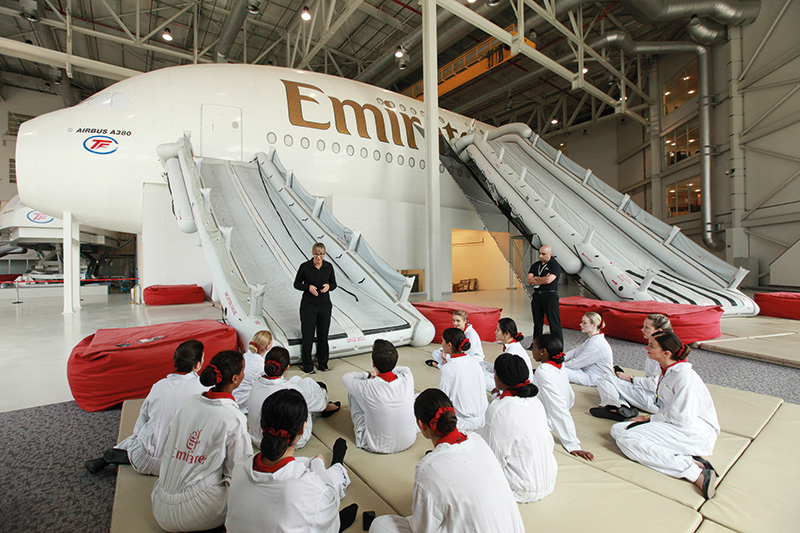 In 1985, the Dubai government employed a British Airlines employee, Morris Flanagan, to create a new airline, Emirates. Dubai’s building boom was in its early stages and from humble beginnings an airline juggernaut was born. Emirates has since turned into one of the world’s largest airlines, by passengers carried, with a fleet of 235 aircraft servicing up to 138 destinations.

I once brushed shoulders with airline royalty as I was lucky enough to meet the subsequently knighted, Sir Morris Flanagan, a ‘doyen’ of aviation. We shared an hour’s conversation about our mutual passion and his historical knowledge and vision realised was truly an inspirational moment in my career.

Since then, no other airline has changed the world and the way we fly, more than Emirates. Dubai’s strategic location and very existence, relied entirely on the success of Emirates’ formation. ‘Build it and they came’, as Emirates has brought together and unified nations, creating tolerance and understanding of the Arabic culture and its unique hospitality. Emirates have scooped every aviation accolade for obvious reasons as they continue to set benchmarks of standard, luxury, cuisine and entertainment, rivalling their closest competitors.

When recently in Dubai, I was lucky enough to get behind the scenes with a guided tour of their flight training facility, that is rarely shown to the public.

All staff are multilingual with impeccable grooming and behind their professionalism are passionate travellers just as eager as their passengers to immerse themselves within the world. Most of the facility is devoted to safety training and emergency procedures where crisis is simulated with chilling accuracy, rest assured these smiling flight attendants’ first priority is saving lives. 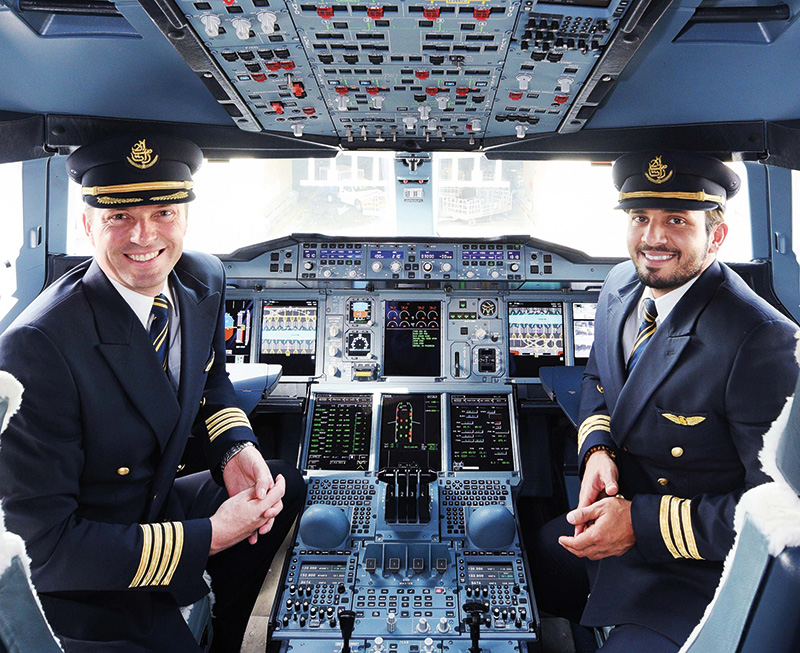 Although the duty free, inflight service and personal grooming training was extensively detailed, couldn’t wait to get onto an evacuation slide and see the water landing simulator. As a kid, I’m guilty of watching too many aircraft movies such as 1970s ‘hammy’ Airport and Flying High and I’m addicted to the more recent Air Crash Investigation series. There’s something entirely fascinating in the detailed process of fault elimination, their subsequent findings and ensuing changes to safety procedures.

Thankfully, airline travel is now safer than ever and statistically, the most dangerous part of flying is the taxi ride to the airport. Although the facility isn’t open to the general public, an Emirates A380 flight simulator can be experienced within the Dubai Mall.

I strapped myself in and after a briefing, took the controls. Simulator or not, my palms became clammy as I held my passengers’ fate in my hands. Happily, I managed two successful take offs and although my landings were not pretty, we all lived and I’m sure my passengers would have called for my resignation.

Modern aviation continues to astound me and I still look into the sky and shake my head as another aircraft passes over. Emirates has made the world a smaller place and the journey from economy to first class that much better for everyone.