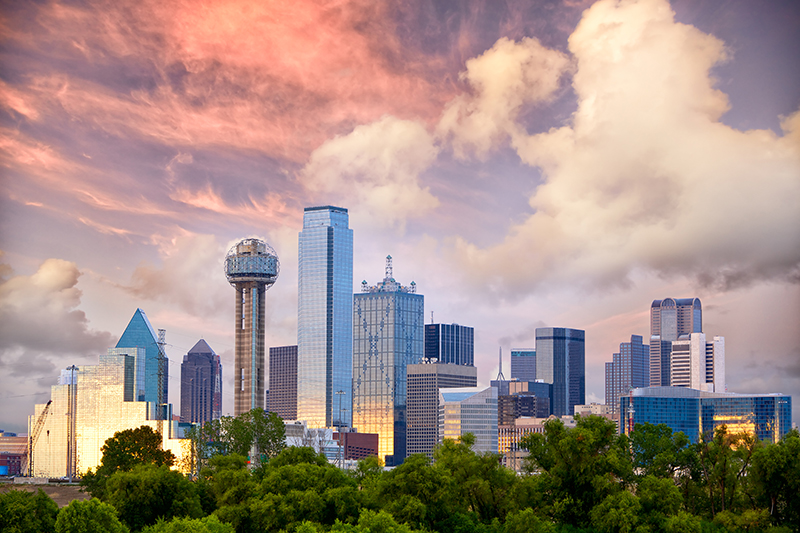 The hit TV series, Dallas, first screened 40 years ago this month and its namesake city wasn’t going to let the moment go unnoticed.

Fans from as far afield as Romania, Hungary, Sweden, Ireland, Germany and Australia converged on Dallas to celebrate.

For Texan fan Barbara Tomasino that meant a dress made completely from laminated Dallas press photos, with a matching tote bag. Others sported tattoos of their favourite characters. Cowboy boots and cowboy hats went without saying. 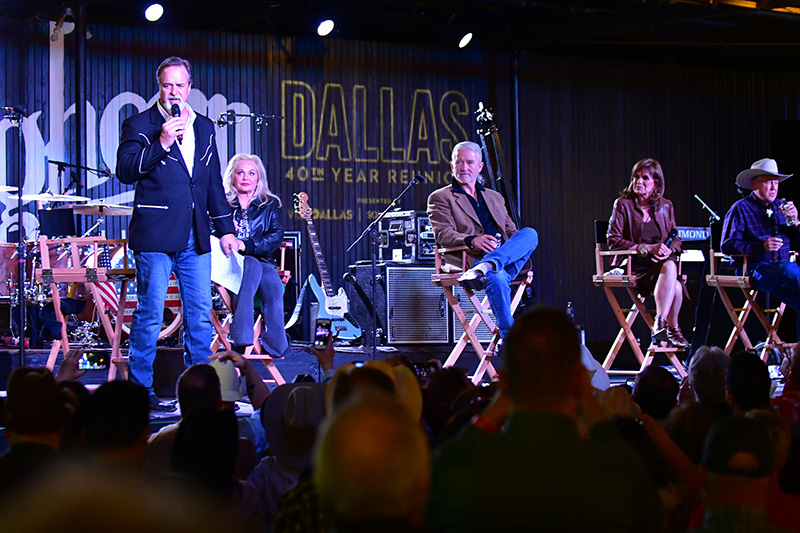 Dallas ran for 13 years, and was aired in 96 countries. There were also three television movies, a spin-off series (Knots Landing) and, in 2012, the Dallas reboot series.

The episode that resolved the “Who Shot JR?” cliffhanger of season three, drew an audience of 350 million, becoming the second highest-rating TV program after the final episode of M*A*S*H.

Dallas is a trivia goldmine. And, at this gathering, sometimes the fans knew more than the stars. One asked them if they remembered their first line on the show. Patrick Duffy didn’t, but was delighted to be reminded that Bobby’s first delivery was: “Well I can’t believe it. My new wife doubting my veracity.”

Said Duffy, now 69 and sporting a grey ponytail: “If anybody were to get bored with a character with the first line, that would be it.” 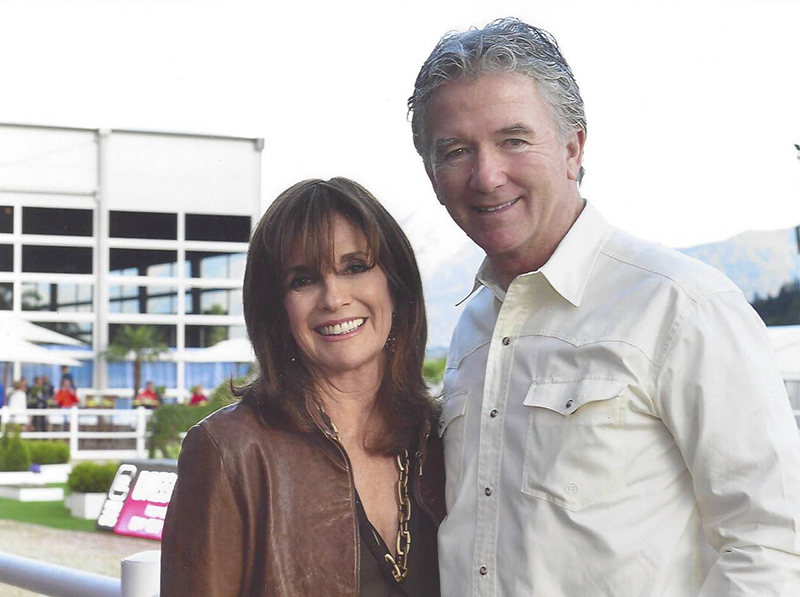 Charlene Tilton said she was so desperate to get the role, she stole the script from a drawer and scarpered off with it to her acting coach three hours beforehand. She needn’t have bothered. “I once asked [producer] Leonard Katzman why I got the role. He said, ‘You were like an apparition, an angel. When you walked in, I thought if she can walk and talk at the same time she’ll be fine.’ Of course he soon discovered I couldn’t!”

Patrick Duffy, who was wrapping up Man from Atlantis, didn’t audition but was invited to play the role of Bobby Ewing. He was tossing up between several scripts at the time, one of them as the “father” of Lassie, another the husband of Linda Purl in the western series, The Young Pioneers. He went with Dallas. 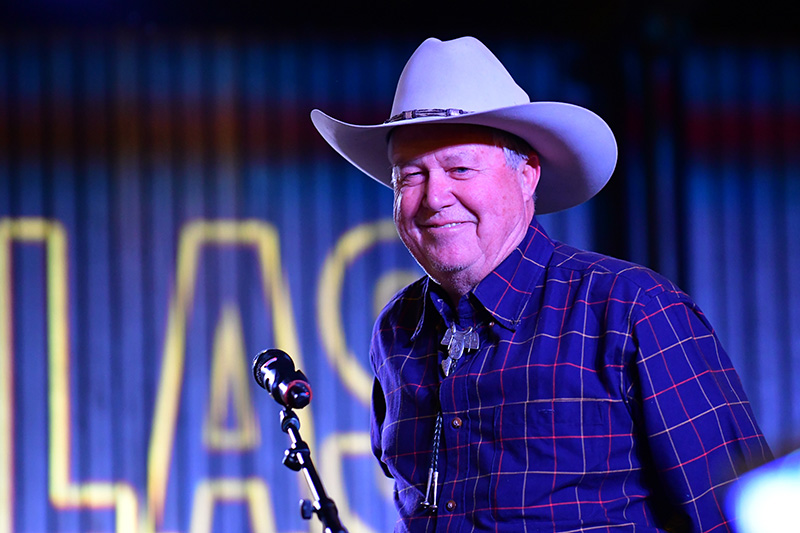 Linda Gray’s audition was slated for the Hollywood “death” hour of 5 o’clock on a Friday. Ruth Conforter, who was casting the minor characters, had to plead to get her an audition for the role of Sue Ellen Ewing as it was earmarked for Gray’s friend, Mary Frann.

“David Jacobs, the creator, had written an audition scene for me and it was a one-sided phone call. JR was calling to say he wasn’t coming home for John Ross’s birthday because he had to work at the office. Well, we all know what that meant. So I read that one-sided call, and I got to my car and – call it women’s intuition – I thought, ‘I’ve got this role.’”

Larry Hagman would be Gray’s screen husband for more than a decade. He died in November 2012, from cancer. 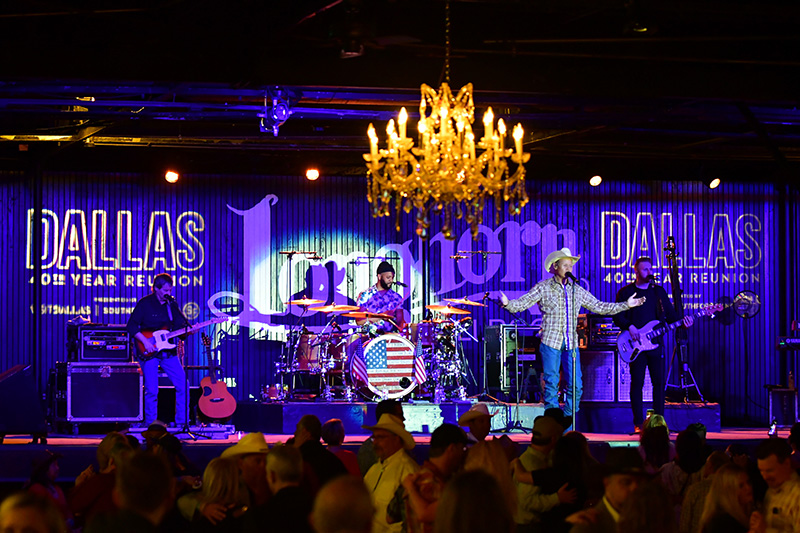 At the Dallas celebration weekend, the tastiest stories were about Hagman, who in the beginning was best known for his role as the slightly daffy Major Anthony Nelson in I Dream of Jeannie.

“He loved to be the centre of attention all the time, no matter what,” Gray said.

“We went to Hong Kong once. Larry and his wife Maj, and myself. Larry wore a white Stetson, his fringed jacket, cowboy boots and a cane. In Hong Kong. And we’re walking down the street and he says, seriously, ’Why is everyone looking at me?’

“He used to drive me crazy. I found myself in a big sister role, always reprimanding him. But it was all about the attention.” 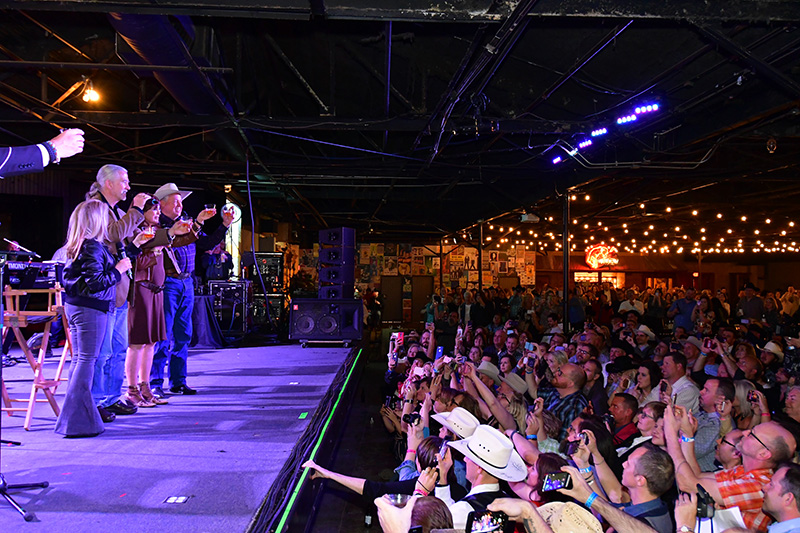 Added Duffy: “And if he only knew he didn’t have to do that. When he had to quit drinking, his joke was, ‘I thought I had to drink to be who I was. I drank a Mercedes every year and I didn’t have to.’”

Hagman used to drink five bottles of Rene Lalou Champagne a day. “It was because it came in a greenish bottle, and he loved green,” said Duffy. “But it didn’t matter what it tasted like, he would drink anything that went ‘pop’ when opened.”

Hagman had a liver transplant in August 1995. He had a history of alcohol and drug use and his daughter Kristina Hagman’s book about her father revealed that his fridge was always full of hash brownies.

He loved mystery. He never spoke on Sundays and wore a sign round his neck to that effect. The reason? He told everyone something different. He toasted each sunset with the enigmatic words, “Gong bong”. 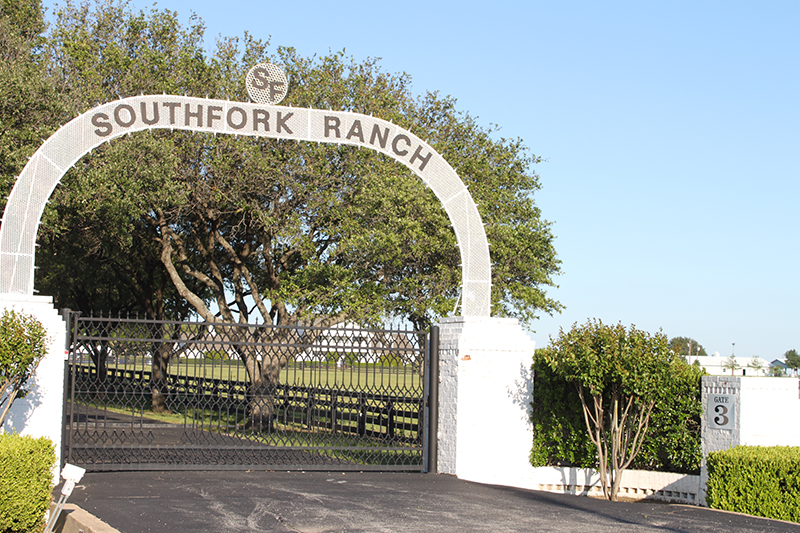 He was an irrepressible rascal.

Mary Stamm, concierge at the Rosewood Mansion on Turtle Creek where some of the stars stayed during the filming seasons, remembered Hagman defying protocol and addressing Princess Margaret, also staying at the hotel with her entourage, in the corridor one evening with “Hi Maggie!”

Another time he asked her to call the cops because while watching the world go by with his binoculars he saw a bicycle being stolen. He followed the getaway and police were able to apprehend the thieves. 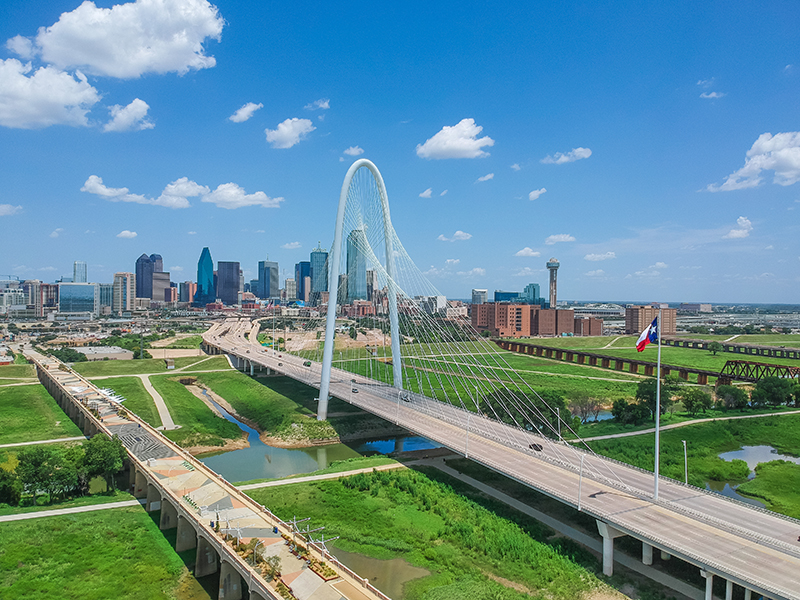 At the Longhorn Ballroom party Duffy was asked, “How long after the show began did you realise, Holy Cow, we’ve got lightning in a bottle?”

Quipped “Bobby”: “When somebody shot my older brother … The question ‘Who shot JR?’ was on bumper stickers and T-shirts, and even the Queen Mother tried to get Larry Hagman to tell her who did it. That’s when we knew, when all the world was asking the question…”

When Duffy and Linda Gray, now a very groovy 77, activated bespoke lighting atop the Reunion Tower in Dallas ahead of the knees-up, Duffy told assembled media, “This city has lit my life up to be what it is now… thank you Dallas for the rest of my life.” •