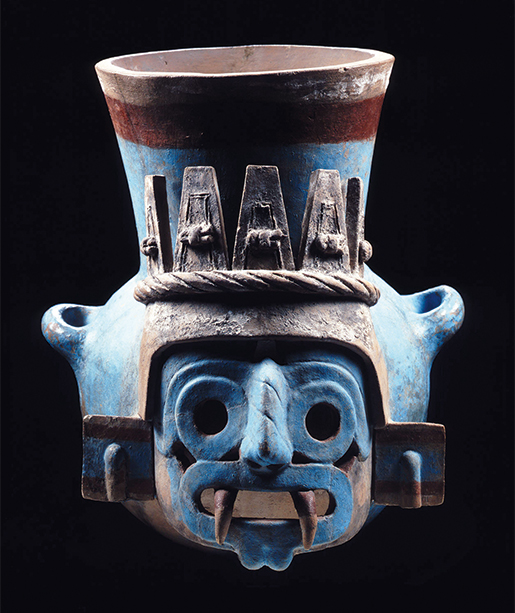 The Aztec Empire lasted 500 years with gods, demons, warriors, slaves, nobles, and human sacrifice part of daily life. The Aztecs exhibition shines a light on the Empire with more than 200 sacred cultural objects generously lent from museums throughout Mexico, providing a fascinating insight into the ways of life, beliefs and sacrificial rituals of the Aztecs.

The Aztecs exhibition focuses on six major themes to bring this great history to life: including the origins and migration of the Aztecs; religious beliefs and rituals; war and conquest; royal power and family life; markets, trade and agriculture; and finally the fall of the Aztec Empire. The exhibition centrepiece is a scale model replica of the exterior of the Great Temple – Huey Teocalli, the most important Aztec temple and a site considered to be the centre of the universe. Other highlights of the exhibition include a large ceramic sculpture of Mictlantecuhtli – god of death and lord of the underworld, who stands bent over with his liver hanging out, grinning maniacally, and a skilfully made gold pendant depicting Xochipilli (Flower Prince) – the God of dance, song, art, flowers and beauty. Aztecs is on at the Australian Museum until 1 February 2015.