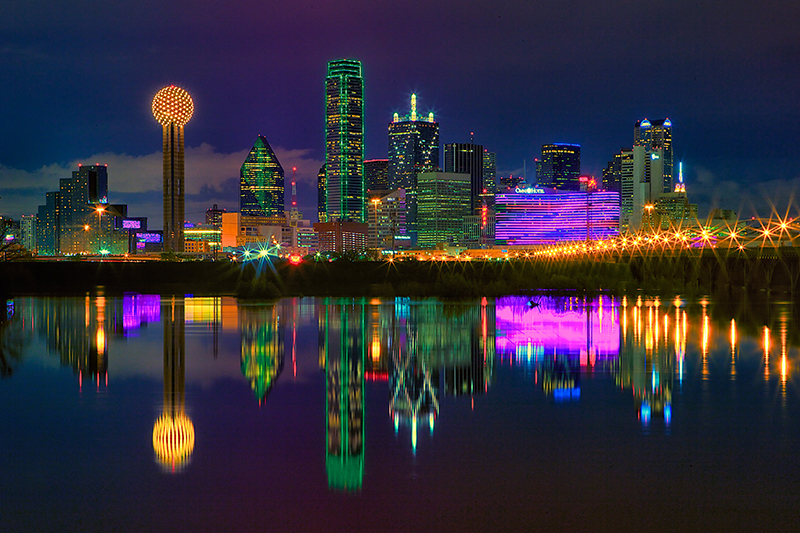 “Everything is bigger in Texas, from people’s hair to their pick-up trucks,” says our tour guide. I’m standing between the giant letters ‘B’ and ‘ G’ installed around big, bold Dallas and so I believe it. But there’s one tiny object in the Lone Star State that changed the world and I found it in a simple museum case so nondescript I nearly missed it.

It seems Texans don’t shout as loudly about their impressive technological credentials, with so many of them deployed to enhance the experience of its visitors.

The very first integrated circuit sits alongside one of the very first transistors dating back to 1954. Without these two little blobs of wire and plastic there would be no computers and no Internet.

The display is in the Perot Museum of Nature and Science, which boasts one-time Presidential aspirant Ross Perot as its major donor. Perot left IBM in 1962 to develop Electronic Data Systems in Dallas and later invested in Steve Job’s NeXT project. Not surprisingly, the museum shows what can be done with lots of money to invest in technology to enhance the visitor’s experience. 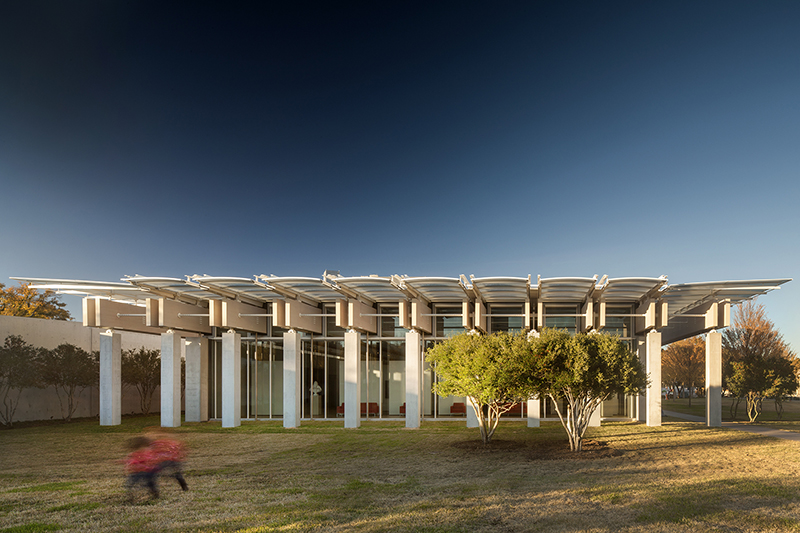 You can have your sporting movements such as your baseball pitch analysed against the greats to see how to improve. Most fascinating is a challenging terminal where you try directing your thoughts to remotely fire ping-pong balls, proving mind control does work.

The museum’s dinosaur floor is spectacular, not just for the menagerie of giant creatures but because real bones have been merged with 3D printed ones to great effect. The Perot Museum goes against the boot-scooting unsophisticated cowboy image of Texas. The delight for visitors is that both aspects exist in harmony.

The very next day after visiting the museum we were dancing at Billy Bob’s Texas in the Fort Worth Stockyards’ district– the ‘World’s Largest Honky Tonk’. It is so large there’s a live indoor bull-riding arena, several bars, a concert area and dance floor. We also visited the Kimbell Art Museum where we saw Michelangelo’s first painting and wandered among works by Caravaggio, El Greco, Gauguin, Monet, Picasso, Rembrandt and Rubens with no crowds and no barriers. 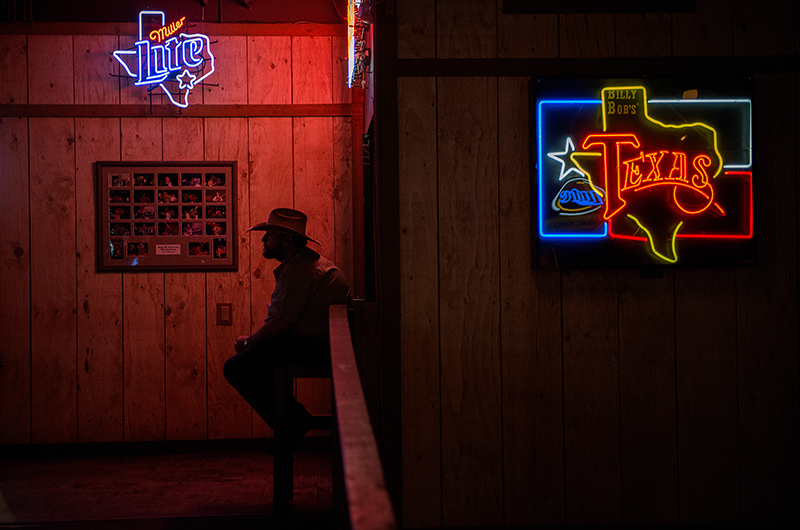 The Kimbell Museum buildings themselves are wonderful. Indeed, the original 1972 building designed by architect Louis Kahn is so inspired that it makes the new Renzo Piano-designed building appear relatively ordinary. Both are presentation spaces done exceedingly well.

The Dallas Museum of Art is one of the largest in the United States, and it has an excellent app that allows you to locate artworks of particular interest to you. Sometimes technology and cowboy chic intersect.

At the Cowgirl Hall of Fame & Museum, a life-size hologram of Annie Oakley introduced me to the life of a cowgirl in those simpler times. Now that girl had really large hands as well as a great story. It’s gratifying to see proper acknowledgment for the impressive contribution women made to the Wild West. 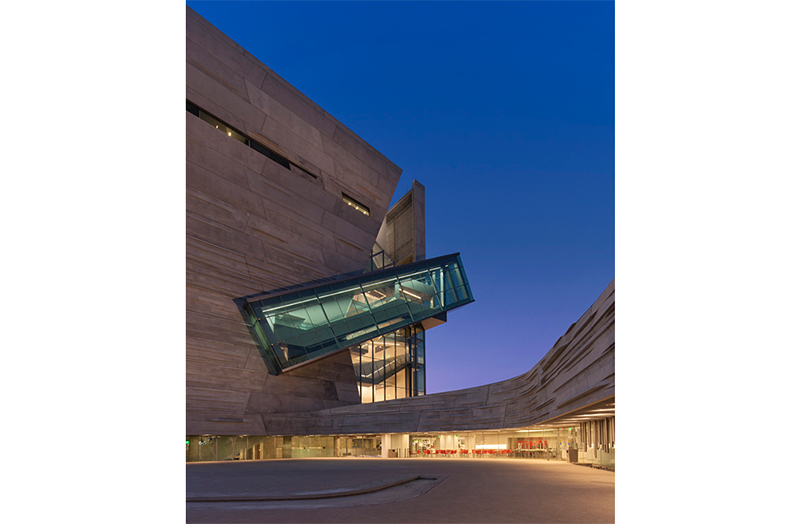 Dallas has a long tradition of technology – think Texas Instruments. Fort Worth, too, is home and birthplace of a surprising number of modern companies – from American Airlines to Tandy and Bell Helicopters. Sometimes, the heritage catches you by surprise.

Pulling into the driveway of the Omni Dallas Hotel, a familiar neon red-winged horse shone across the driveway. “Yes, that’s the original 1940s ‘Pegasus’ from the oil company building that was the tallest in town for a long time,” the attendant told me. 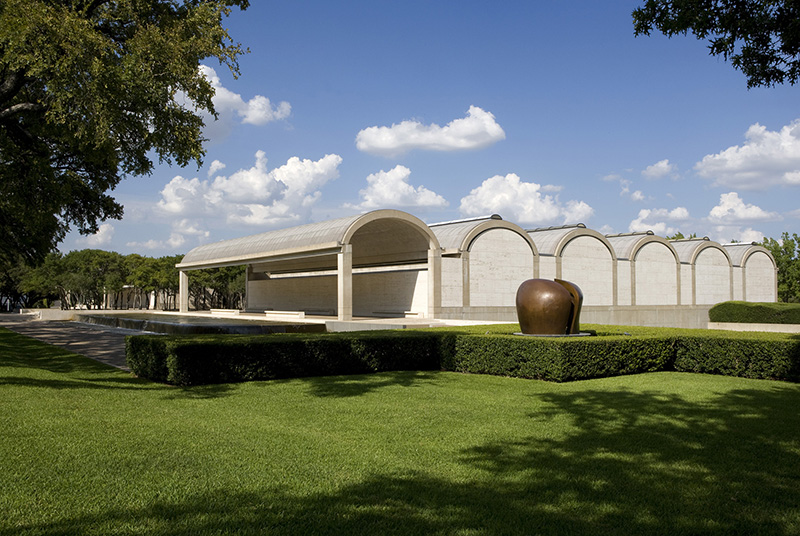 While it survived various mergers and takeovers from 1911 to ExxonMobil today, the Mobil horse was also used in the 1970s and 1980s as the symbol for the revitalisation of downtown Dallas. Inevitably, the high-technology approach extends to sports bars with The Owners Box at the Omni Dallas Hotel featuring a five-metre TV screen as well as private booths with their own screens and sound-isolating technology so you can watch whatever sport you follow.

‘Everything is bigger in Texas’ certainly applies to the Dallas Cowboys’ 80,000-seat AT&T Stadium out in Arlington, which, at a pinch, can fit 105,000 spectators with standing room. The HD video board above the field is 53 metres long and was the world’s largest when it was installed, but was later surpassed by one at the Texas Motor Speedway. 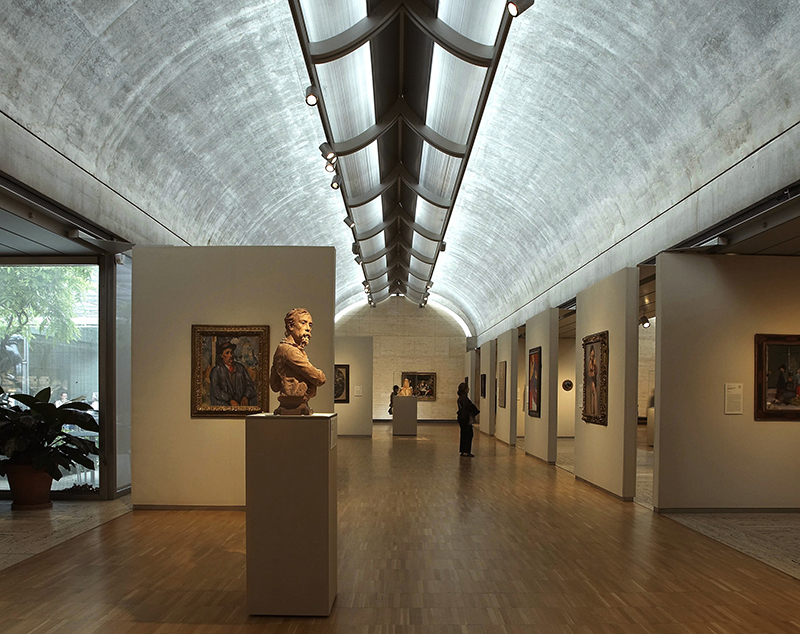 The Cowboys’ Jerry Jones wanted everything to be the biggest and the best. The private lounges are remarkable. If Australian stadiums are Economy Class this is definitely First Class, with the tickets priced accordingly.

There are tours of the stadium that can even be squeezed in during a stopover at Dallas Forth Worth Airport. One place you may not expect technology to prevail is at the Botanic Gardens, but Texas has found a way.

The Dallas Arboretum and Botanical Garden is a wonderland for grown-ups and kids alike and only a few minutes from the city. The technology upgrade to the US$70million Rory Meyers Children’s Adventure Garden sets a new level for immersive botanic experiences globally.

It includes the largest OmniGlobe in Texas that’s almost two metres high. This state-of-the-art visual display can show everything from weather events around the world to population growth leading to population density today. The gardens themselves are worth a visit. 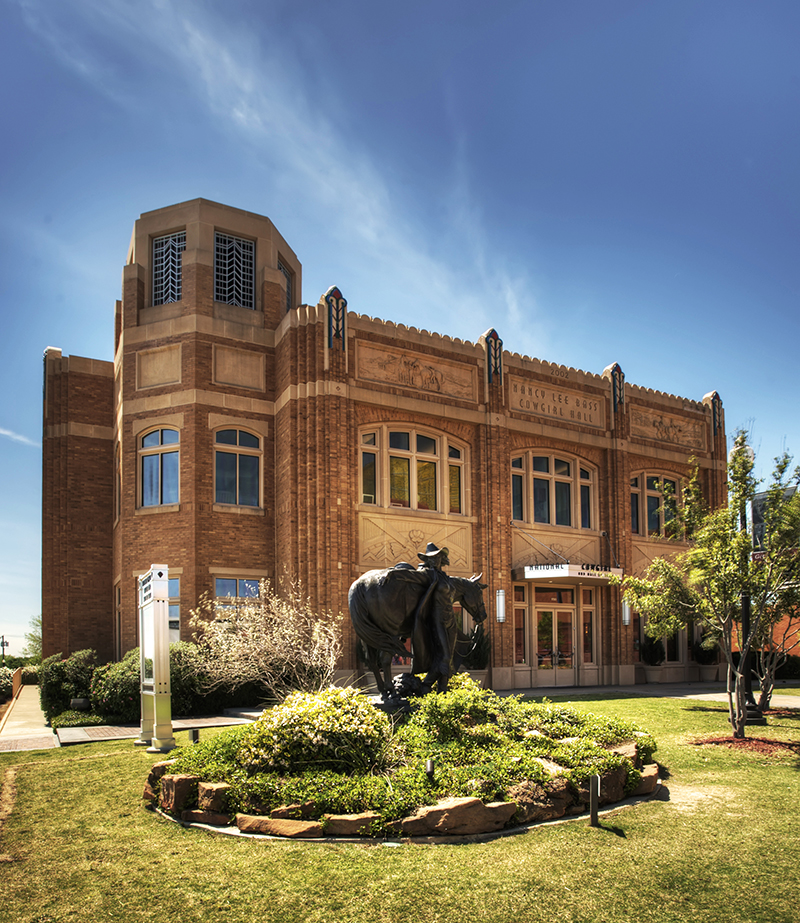 There are 19 gardens across 26 hectares with a lot of festivals and activities. At the time of my visit, the gardens were dotted with Zimbabwean sculptures dating back to the Shona tribe and there were Zimbabwean sculptors creating new art while we watched.

Despite all the technology around it, The Sixth Floor Museum at Dealey Plaza remains rather old-fashioned and suitably stuck in a moment when time stood still.

That moment was on 22 November, 1963, when President John F. Kennedy was assassinated by Lee Harvey Oswald from this former book depository.

Looking out from the window and seeing the crosses on the road that mark the points of impact is particularly poignant. The twin cities of Dallas and Fort Worth deserve more than their shared status as transfer airport.

The two cities have a lot to offer the visitor and they are utilising the most modern of technologies to enhance the experience.

Where to Stay and Eat
• The Fort Worth Hilton was the Hotel Texas where JFK spent his last night before giving his last speech in the park opposite before travelling to Dallas, where he was assassinated. hilton.com
• The Modern Art Museum of Fort Worth is worth visiting if only for the poke salad at the Café Modern, overlooking the lake reflecting the building’s stunning design by Tadao Ando. themodern.org
• Righteous Foods, Fort Worth, is a natural foods café and bar with locally sourced ingredients: eatrighteously.com
• Billy Bob’s Texas, Forth Worth is country and western fun on steroids: billybobstexas.com
• Revolver Taco Lounge in funky Deep Ellum at 2701 Main Street serving fillings like seared duck breast, octopus, rainbow trout and Mexican squash reveals how far Texas food has come.
• Lockhart Smokehouse in Bishop Arts is a very authentic BBQ joint with all meat ordered by the pound at the smoke-enveloped counter. lockhartsmokehouse.com