A city of dizzying contradiction, Tokyo is as traditional as it is futuristic, as obsequiously polite as it is bold, and as serene as it is extreme. Here, ancient shrines nestle humbly under the shadow of futuristic skyscrapers, novelty restaurants sit unashamedly alongside Michelin starred fine-diners, and fashions are as outrageous as they are conservative. Cultures, clothing and cuisines clash and collide with a cacophonous force that somehow blends into one seamless and mesmerising whole that can leave the casual observer somewhat dazed, a little confused but most definitely delighted.

Tokyo’s towering skyscrapers, mega-crossings, jam-packed subways and blinding neon-lit strips may dwarf its 1000-year-old temples and gardens but there are still many havens of serenity in the city.

Walk 10 minutes from the heaving underground labyrinth that is Shinjuku Station (Asia’s biggest subway) and you’ll find Tokyo’s answer to New York’s Central Park – Shinjuku Gyoen National Garden, with its 58 hectares of parklands, 20,000 trees and charming traditional Japanese tea house. At Shibuya Scramble Crossing, the chaotic and crowded pedestrian crossing made famous in Lost in Translation, you can indeed get lost just crossing the street (though that may just be me) but just a few streets away find yourself wandering along blissfully quiet and quaint alleyways.

Head to Asakusa and you’ll get a taste of old Japan. In its side streets you can walk in the footsteps of monks and geisha, while dodging those of the tourists swarming around the striking 7th century Sensō-ji temple. Just a short walk from Asakusa’s low-rise loveliness and you’ll find the entire city dwarfed under the Tokyo Skytree, Japan’s tallest tower at 634 metres. It’s worth heading up to one of its two observation decks for views out over Tokyo and some perspective on just how astoundingly enormous this metropolis actually is. 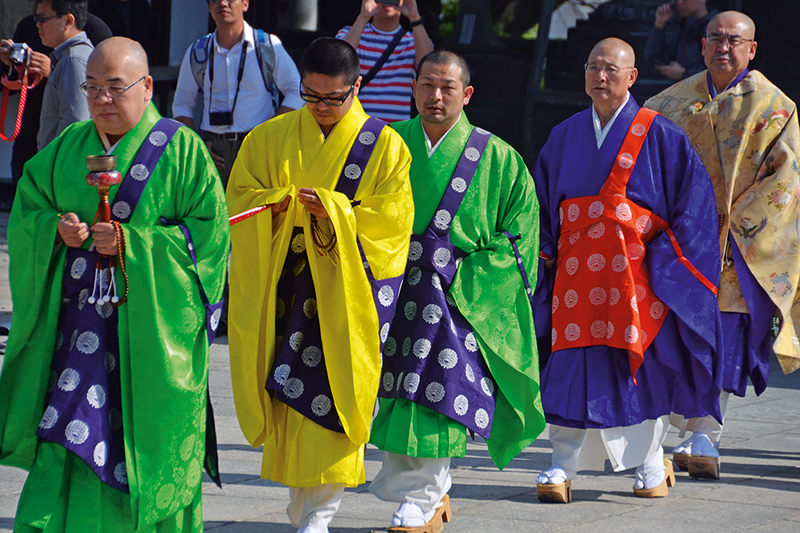 Only in Tokyo would you spot an outrageously dressed Harajuku teen outside Hermes. Harajuku is the centre of Japanese teenage culture and fashion and Takeshita Dori and its side streets are where you’ll find boutique fashion, second-hand clothes and trendy stores targeting Tokyo’s fashion-obsessed teens. Visit on a Sunday to have your mind blown by the Sweet Lolitas dressed in twisted fairytale style, Cosplay kids suited up as their favourite anime and gaming characters, cute Kawaii’s dolled up in their pastel ruffles plus Goth-loli’s, Cyber-Punks and more.

In stark contrast to the counter cultural ocular onslaught that is Harajuku, Ginza boasts a more rarefied air. It is here that you’ll find Tokyo’s high-end department stores, boutiques and designer labels decorously dotted along the tree-lined streets. Ginza and neighbouring Marunouchi rock more of a Double Bay meets Park Avenue vibe and you can nibble delicately on Ladurée macarons between splashing the cash at Hermes, Chanel, Dior and Gucci. Be sure to make time for a visit to the Sony building, a seven-storey shrine to all things Sony, and the enormous Mitsukoshi department store for designer clothes and household goods as well as two tasty floors of Tokyo’s finest food. 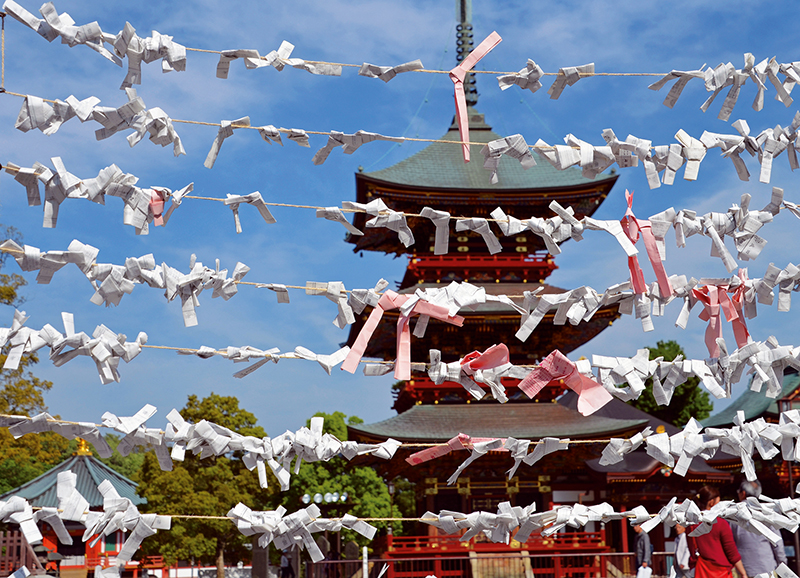 Speaking of food, forget Lost in Translation, in this city you’re more likely to be lost in digestion. Tokyo is one of the world’s great culinary cities so be prepared to eat. A lot.

Street food is delicious and cheap. You’ll find great grill-it-yourself okonomiyaki (Japanese cabbage pancakes), gyoza (fried dumplings) and takoyaki (octopus balls) all over Tokyo. For the best Ramen in town, head to Ramen Street alongside the mind boggling Tokyo station. It’s worth the trip to Tsukiji Fish Market for unbelievably fresh sushi (but be prepared to queue, even at 5am). In Shinjuku’s Memory Lane you’ll find amazing yakitori (skewers of grilled meat) in tiny three- and four-seat establishments and Shibuya or Asakusa are the spots for late night Izakaya (bar) food and drink. 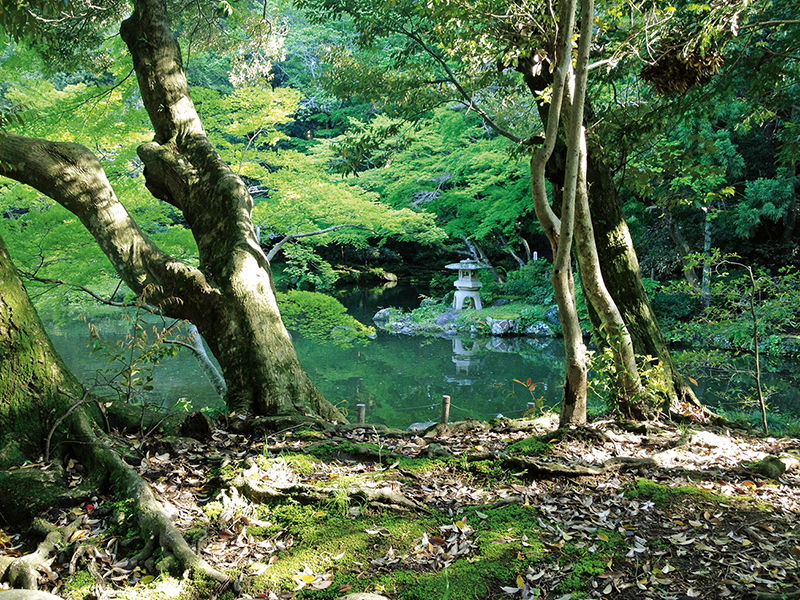 If you feel like a special treat, and a break from the throngs of people, head to the Peninsula Tokyo in Marunouchi and the tranquillity of its stunning lobby. While the food may be more Western in style, there is no more iconic an Asian experience than afternoon tea at the Peninsula. Fine dining is not hard in this city, Tokyo boasts more Michelin stars than any other city in the world, but it’s at the other end of the dining spectrum where things get interesting.

Themed restaurants are all the rage in Tokyo. From the dozens of Cat Cafés – yes, you’ll dine with real cats – to the Lock Up, where you pay for the privilege of being handcuffed in a cell while you dine, these quirky diners are a little wacky, often bordering on the inappropriate, rarely about the actual food, and heaps of fun. 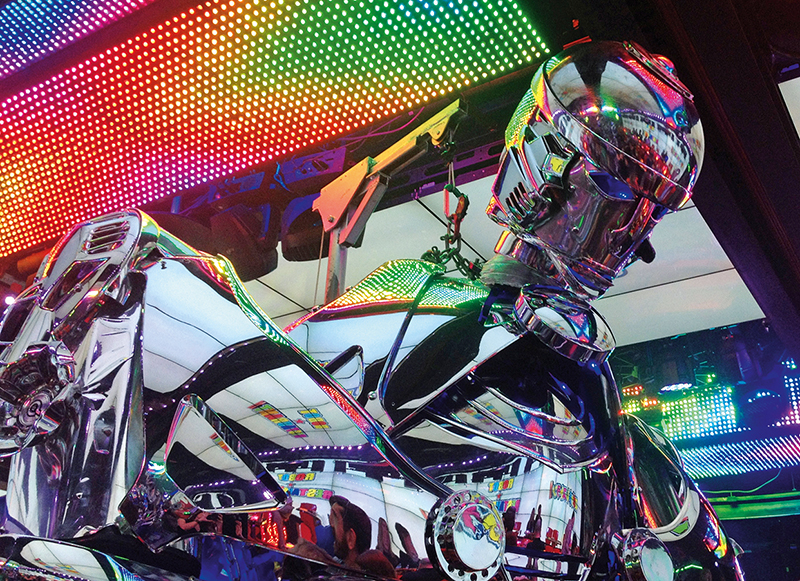 If you’d prefer great food with just a touch of crazy, head to Zaou to sit in a boat and catch your meal from the tank below or to fine diner, Ninja Akasaka, where you’ll creep through a secret passage and hidden doorways to earn your spectacular meal – think escargot “bombs” and shuriken-shaped grissini served on wooden branches with foie gras pâté – served by ninjas, of course.

The title for Tokyo’s most out there dining establishment goes to Robot Restaurant in Shinjuku. I’ve never tried LSD but I’m fairly certain the effect would be something like a visit here. More about the floorshow than it is the food, this place defies description but I’m going to give it a go. There are giant fembots, bikini-clad warrior princesses hang gliding from fire breathing pterodactyls and a panda bear riding a bull through a line up of 10 foot tall robots. In fact, by the time the giant mechanised shark – ridden by a mermaid – eats an eight-foot tall robot warrior, you’ll barely be raising an eyebrow. Oh, and don’t try to follow a storyline, you may hurt your brain. Just chalk it up to an only in Tokyo experience. 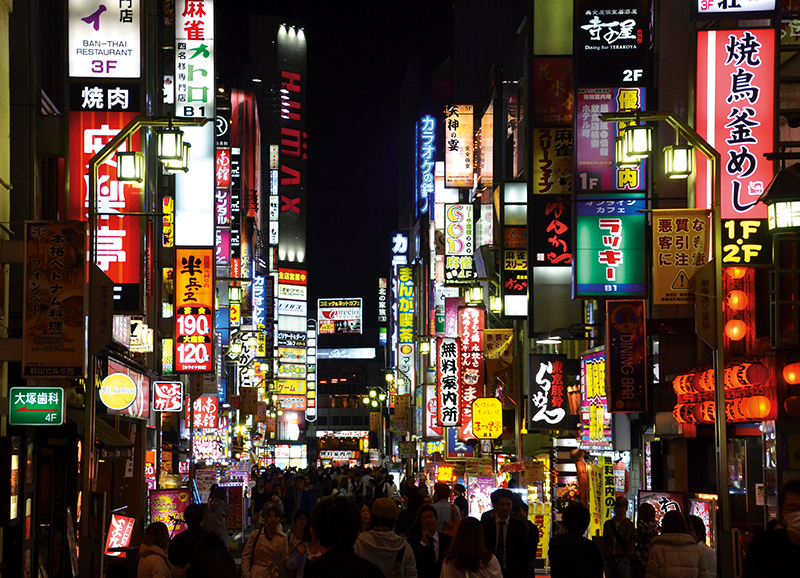 It’s not hard to get lost in the world’s biggest city. If Tokyo’s sheer scale wasn’t already intimidating enough, many streets aren’t sign posted and instead you navigate maps by block and randomly administered building numbers. It took more than an hour, five sets of eyes, much argument and several policemen before we finally reached an “easy to find” restaurant that was no more than a five-minute walk from our hotel in Shinjuku.

It’s also a good idea to allow yourself an hour to lose the first time you dive head first into one of Tokyo’s mammoth train stations. At Shinjuku station alone, more than 3,500,000 people per day spill from its 200-plus exits and at times I thought it might swallow me alive as I stumbled from one seemingly identical exit to another to find my way out. But once I let go and embraced the mayhem, it provided some of my best Tokyo memories. • 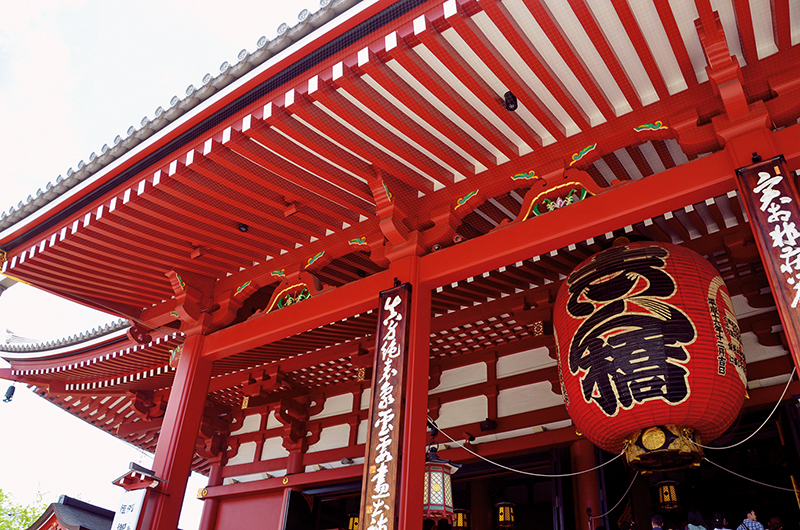 Where to stay
Ibis Shinjuku offers quality budget accommodation right in the heart of the lively Shinjuku area. 81-3/3361-1111; ibis.com
The Peninsula Tokyo offers stylish luxury accommodation overlooking the Imperial Palace and is just steps from the shopping capital of Ginza. 81-3/6270-2888; peninsula.com./tokyo