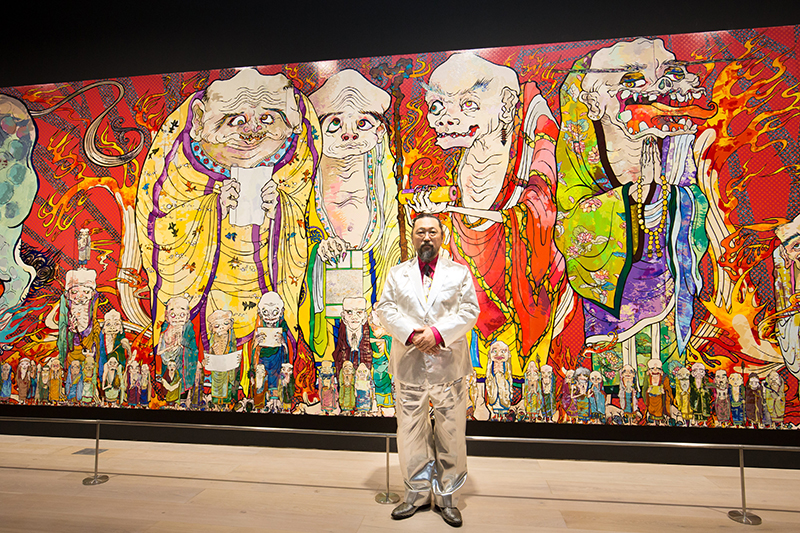 Takashi Murakami: The Octopus Eats Its Own Leg is a major retrospective exhibition of the extraordinary paintings of art icon Takashi Murakami at the Museum of Contemporary Art (MCA) in Chicago.

There will be more than 50 works ranging from his earliest pieces to new never-before-seen paintings. The artist is known for his fine and commercial art, covering Japanese folklore and pop culture, Nihonga – Japanese modern painting, comics and animation.

Murakami founded Kaikai Kiki in Saitama in 1996, originally called Hiropon, where he worked on his art as well as fostering young artists. Takashi Murakami: The Octopus Eats Its Own Leg will be on until 24 September, 2017.