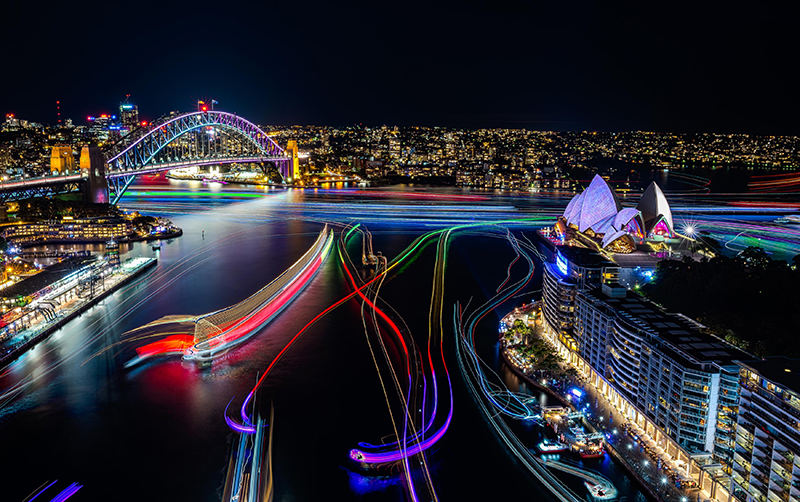 The world’s largest festival of light, music and ideas, Vivid Sydney is set to illuminate the city once again when it returns for 23 nights from Friday 26 May to Saturday 17 June 2017.

Transforming the harbour city into an outdoor art exhibition with its colourful creative canvas, the event features large-scale light installations and projections, music performances as well as creative ideas, discussion and debate. 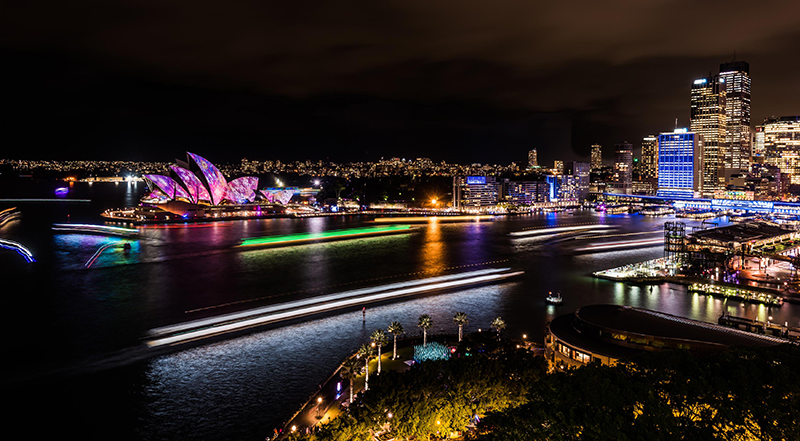 Promising to be even bigger than last year, when the city bathed in the glow of more than 90 light installations and projections created by more than 150 artists from 23 countries, the full Vivid Sydney 2017 programme will be released in January.
vividsydney.com