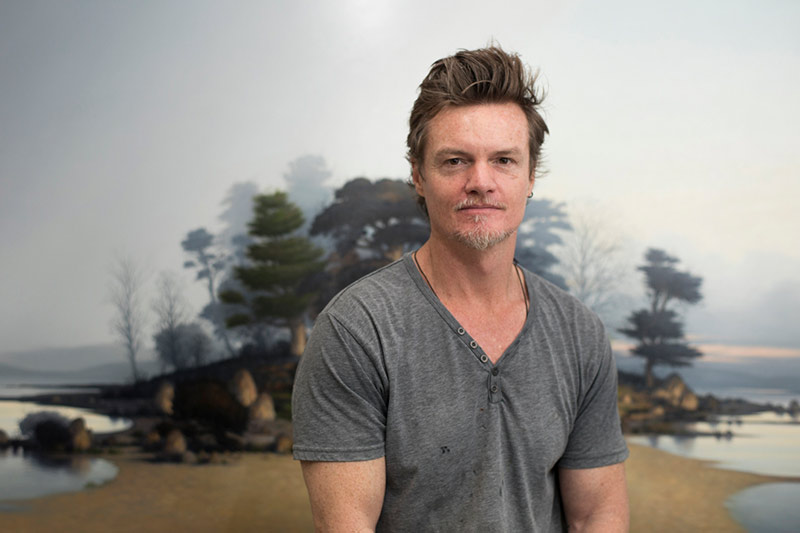 Award-winning Sydney artist Alexander McKenzie expects to find the experience of being in a room with 42 of his most significant artworks as both “emotional and surreal”. He says what he finds most interesting about the retrospective exhibition, to be held at Hazelhurst Gallery & Arts Centre, is that there are commonalities and threads that run through the works. “There are certain renderings, certain motifs, certain imagery, certain colours that were there at the very beginning that I’m still using to this day,” says McKenzie, who first picked up a paintbrush at the age of five.

The adventurous gardener
The 48-year-old Cronulla-based artist says he regards it as a huge honour to have been invited to hold his first major survey exhibition at Hazelhurst in August as many of the artworks featured in the retrospective, entitled Alexander McKenzie: The Adventurous Gardener, have never been seen together because they have been borrowed from private collections.

“I expect I’m going to find it a bit surreal to be looking at works that were done five, 10, 15, 20, 30 years ago,” McKenzie says. “It is a slightly out-of-body experience, for sure, as I know I created some of the artworks, but I have no recollection whatsoever of making them. Instead, what I see is the person that I was when I made the paintings. I see the 18-year-old me, I see the 22-year-old, I see the 35-year-old me,” he says. 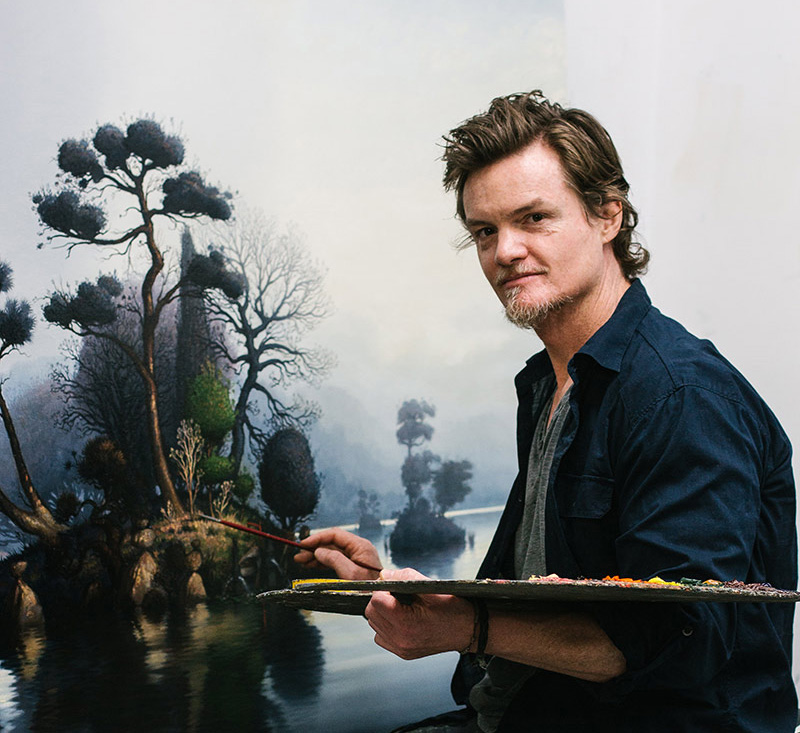 Works feature a symbolic motif
McKenzie says he hopes the act of weaving around the exhibition space will provide a pathway for gallery-goers to navigate the underlying narrative. He says while the 42 landscapes have a sense of familiarity, they are more evocative of ‘otherness’ than a representation of a specific place.

Although McKenzie says his work has evolved over the past 30 years, the inclusion of a tree as a recurring motif has been a constant since his childhood. “The suggested journey and choices of direction in each of these paintings reflect the decisions, both temporal and spiritual, that all of us must make in our lives,” says McKenzie. 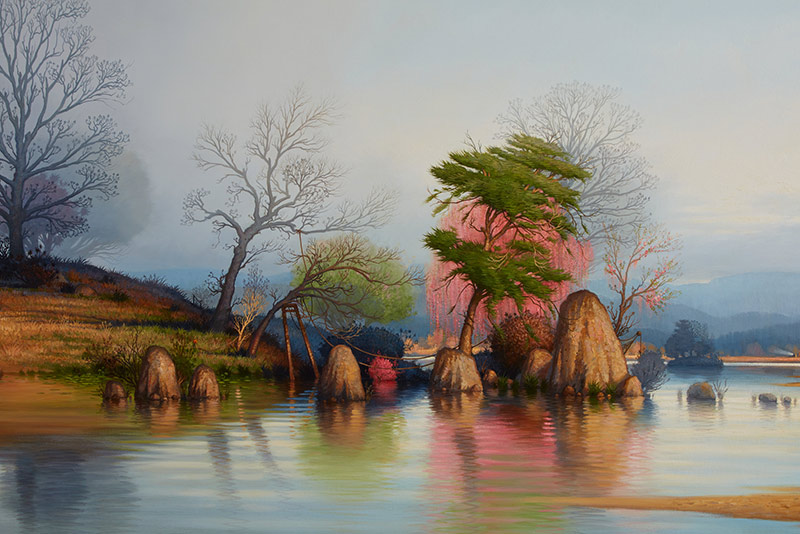 Painterly approach changes over time
McKenzie, six times a finalist in the Archibald Art Prize and a nine-time finalist in the Wynne Prize, says he knew he wanted to be an artist from a young age. Born into a creative Scottish family, he says his artistic pursuits were encouraged from an early age.

“My father developed drawings to illustrate his stories to me of growing up in Scotland and the war years and of his working life in Glasgow. My mother was a free-spirit and educator who also encouraged all creative pursuits. By age 11, my paintings had become so prolific and consistent that they had taken over the house in which I grew up in Sydney’s western suburbs, so much so my parents gave me a spare room to use as a dedicated studio,” McKenzie says. 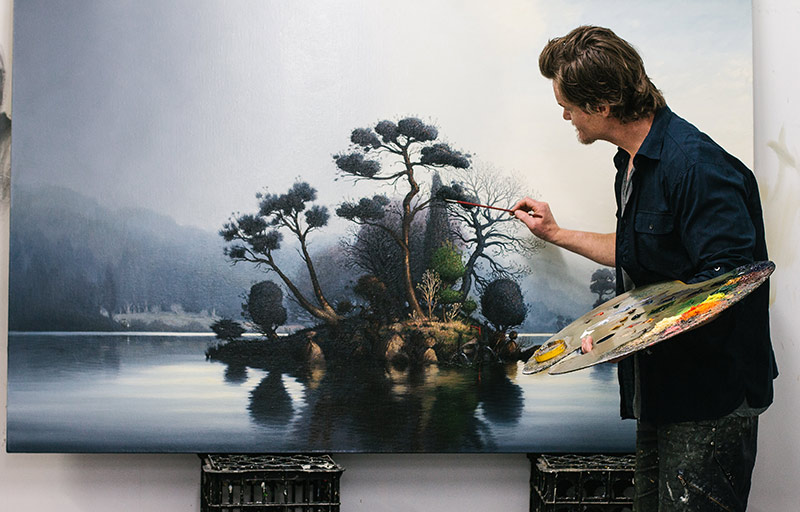 McKenzie says it was his interest in European art from a young age that led to his intense study of centuries-old painting techniques and a move toward using complex symbolism in his work. As such, numerous comparisons have been drawn between his paintings and those of the masters of the Dutch Golden Age, a period that McKenzie cites as “having the largest influence on my work”. 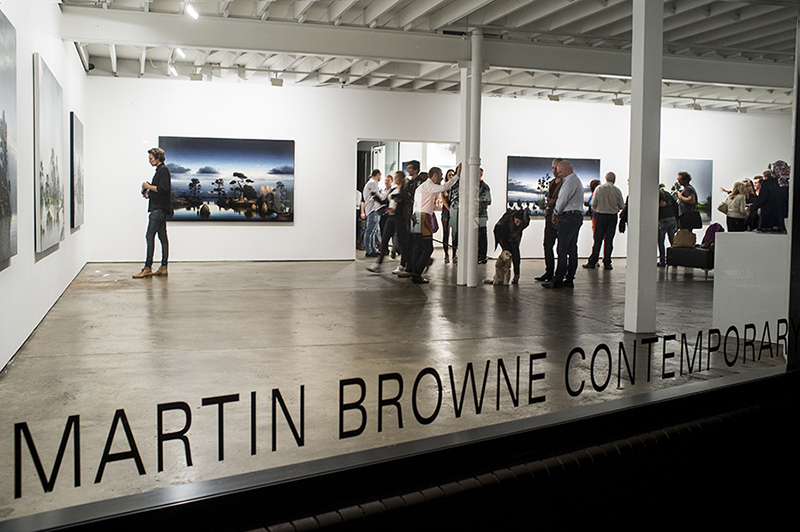 Portrait of an artist as a young man
McKenzie says the works track his evolution as an artist and the retrospective, which reveals his sense of self over the past three decades, will be like riding an emotional rollercoaster.  “Part of me craves the freedom and cavalier attitude I had in the paint-handling when I was younger and more naive. I can see that there was a lack of pressure and lack of inhibition, which is quite liberating as an artist,” says McKenzie.

“As the exhibition moves toward my later work, you see a maturity and sophistication in the paint-handling and you see the work of a mature artist. I don’t know if it will present in the work but one thing I notice is that after I was married with children my output increased. It was like, ‘Okay, you’re now responsible for other people. Get in the studio’,” he laughs.

Art mirrors McKenzie’s life stages
McKenzie says a survey show is “a big deal for an artist”. He says Hazelhurst has only ever featured three other artists in survey shows, so it was a huge milestone for him.  “I’ve now had a career of a certain length and to be recognised in this way is a great privilege. This is a survey, not a commercial show, nothing is for sale, and it’s a major milestone for any artist and marks a maturity and longevity of a career in the arts that even I am surprised at,” he says. “One of the exciting reasons for helping curate the retrospective and getting all the pictures in the room together is I feel like it might help inform my future works,” he says.

Biggest work to date on show
Although he is best known for his evocative and luminous landscape paintings, McKenzie has also been a finalist in the Wynne Prize and Archibald Art Prize, where he painted creative types such as actor Richard Roxburgh, musician Matt Corby and childhood friend, musician Sarah Blasko.

The exhibition was pulled together by both McKenzie and curator Carrie Kibbler, who have painstakingly selected works that date from 1986 to 2018.
“I have made a large new painting specifically for the show called More than Many Sparrows which I’m most pleased with as it’s my biggest work to date. I have also included my Archibald portraits of Richard Roxburgh, Sarah Blasko and Matt Corby,” says McKenzie.

Landscapes real and imagined
Belinda Hanrahan, director, Hazelhurst Arts Centre, says this an important exhibition for Hazelhurst. “We are delighted to showcase Alexander’s work. He has not just had a very long personal history with this area but he was instrumental in the development of Hazelhurst way back in the mid-1990s,” says Hanrahan.