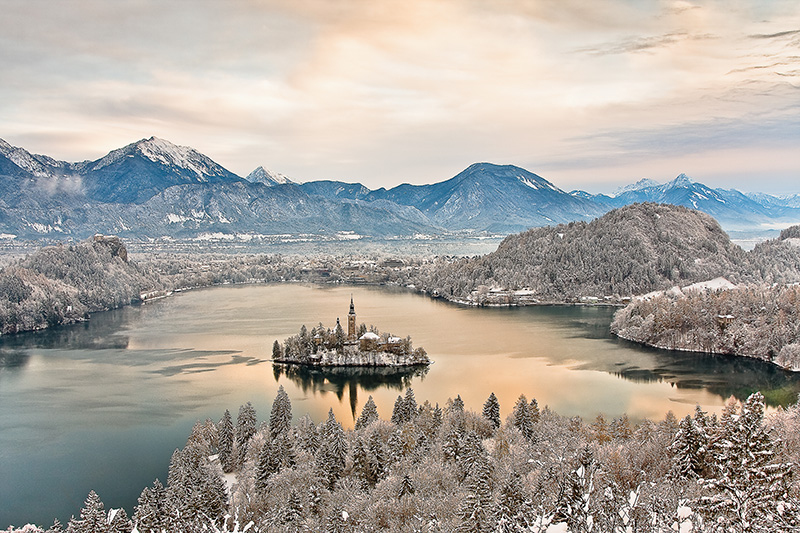 To say Slovenia flies under the radar as European holiday destination would be a gross understatement.

Even savvy travellers would be hard pressed to locate the former Yugoslav republic on a map – and this small but beautiful nation, independent since 1991, is often confused with Slovakia, which is several hundred kilometres away.

For a small country – the population is just two million people – Slovenia is remarkably diverse. The capital of Ljubljana, overseen by an historic castle, has an old town that looks like something from a fairytale and is mercifully vehicle free.

Bordered by Italy, Austria, Hungary and Croatia, Slovenia is the tiniest and most affluent of the former Yugoslav republics – and visitors are made to feel very welcome. I lost count of the number of market vendors who enticed me to try a mouthful of everything from strudel to potent local home-made liquors. 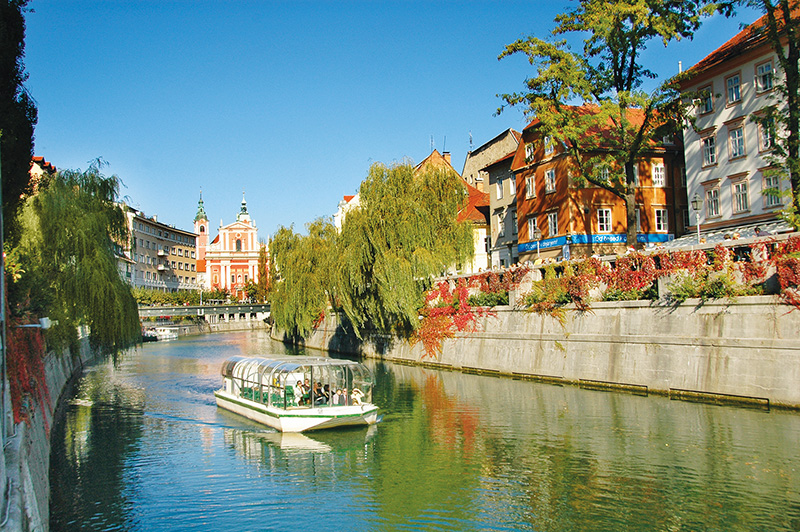 Slovenia offers the chance to be taking in some rays on the Mediterranean at the medieval seaside resort of Piran in the morning, and scaling mountains in the afternoon. This crossroads of Europe is often described as the country where the Adriatic meets the Alps and while the cities are sophisticated (nearly everyone in Ljubljana speaks English), the country areas are delightfully rustic.

Ljubljana is within a few hours’ drive of several major European cities including Venice, Munich, Vienna and Zagreb, making getting here a breeze, by car, bus or air and there are amazing photo opportunities here with snowy mountain tops and wild green-blue rivers competing for the attention of photo buffs.

The town of Lipice, not far from the Italian border, has been home to the famous white Lippizaner horses for over 400 years, well before Vienna. The beautiful alpine resort of Bled, around an hour north of Ljubljana, is home to a famous lake with an island that is among Europe’s most photographed attractions, while the massive stalactites and stalagmites in the Postojna caves are also well worth a visit. Ancient graffiti found here indicates that the first visitors arrived in 1213. 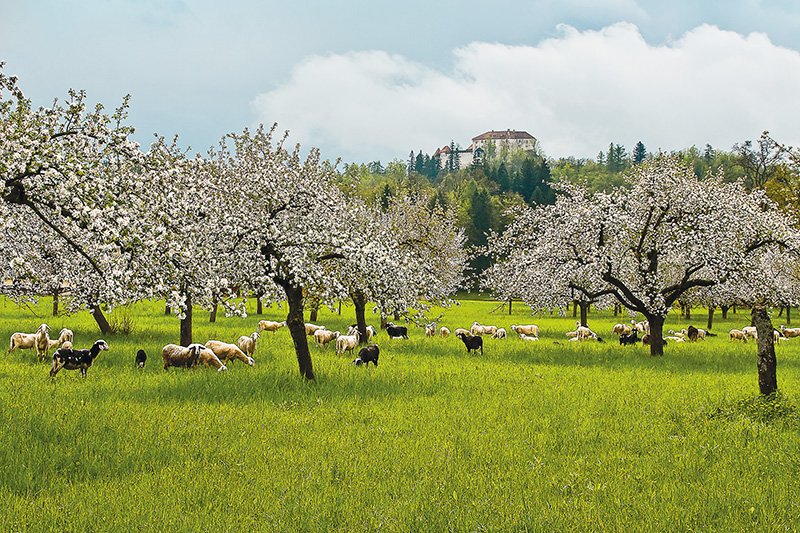 Just a 30-minute drive outside Ljubljana, and a short drive from the historic town of Kamnik, is the unique recreation area known as Velika Planina, a popular destination for walkers, hikers and mountain bikers.

This mountain plateau in the heart of the Kamnik Alps is not easy to reach – but is worth the effort. First you take a cable car to the base station and then walk a steep path for around an hour to the green pastures where local shepherds graze their dairy cattle in summer, but are covered with snow in the winter months.

Some of the local shepherds here still wear traditional costumes and hand craft hard cheeses called trnic, which they sell to tourists. The plateau is also a starting point for the hikes onto the higher summits in the Kamnik Alps and is popular with cross-country skiers in winter. 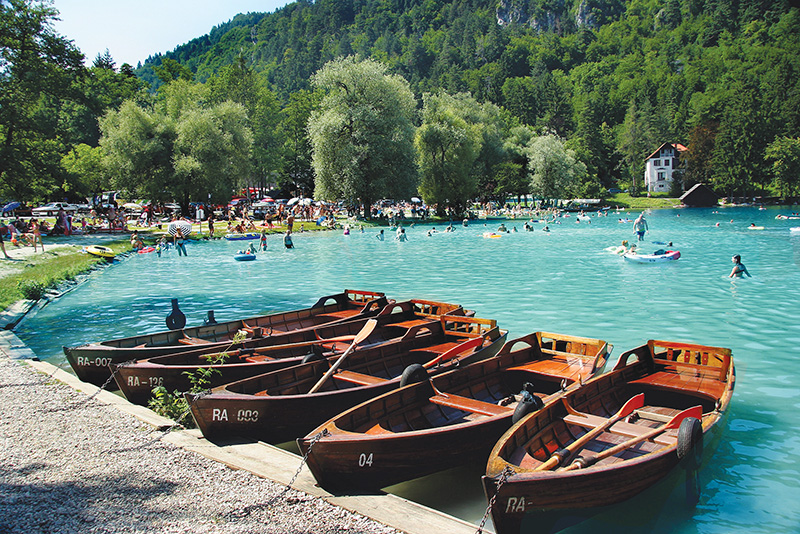 Any visitor will want to spend a day or two in the capital, an old city full of vibrant young people (the average age of residents is just 30). With just 280,000 city residents, it is an easy city to get around on foot or by using local buses. The old city is mercifully quiet and dotted with masterpieces designed by local architect Joze Plenic.

This city has 14 museums, 45 galleries, 10 theatres and no fewer than four professional orchestras. Two-hour sightseeing tours are held in several languages and depart from Ljubljana Tourist Information Centre.

The triple bridge in the centre of the old quarter is where locals gather for a coffee, an ice cream or a chat.

“Ljubljana, with its mix of Baroque and Art Nouveau architecture, is a city that rewards the casual stroller” 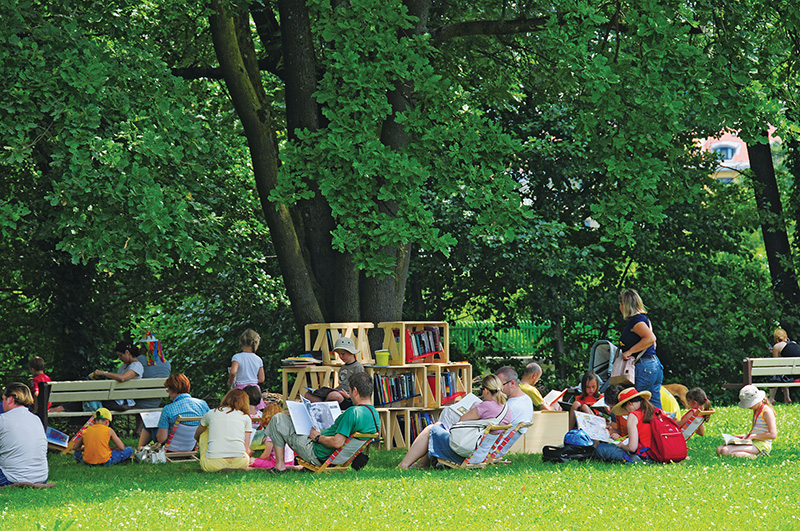 The Ljubljana Castle, with elements dating back to the 12th and 15th centuries, towers over the city and is most easily reached via a funicular railway. The castle complex is home to several funky “old meets new” cafes and eateries as well as offering spectacular views for those willing to climb a few stairs to the belvedere tower.

Ljubljana, with its mix of Baroque and Art Nouveau architecture, is a city that rewards the casual stroller. Walk along the Ljubljanica River and stop to admire local arts and crafts, and sample a wine or beer at only of many local cafes and bars. Or visit the outdoor and indoor parts of the central market to buy some local gourmet treats. The less active can pick up a boat at the Breg riverbank in the city and enjoy a relaxing river cruise past many of the city’s major sites.

You will eat heartily in Ljubljana; with the locals fond of sausages and schnitzels and other warming dishes, while breads, cakes, soups and dumplings all play major roles on local menus.

Try the historic restaurant Spajza for dishes including an appetiser of cheek of young colt (maybe not for everyone but horse meat is a staple in Slovenia); smoked trout with horseradish terrine and veal medallions with local mushrooms (another staple). 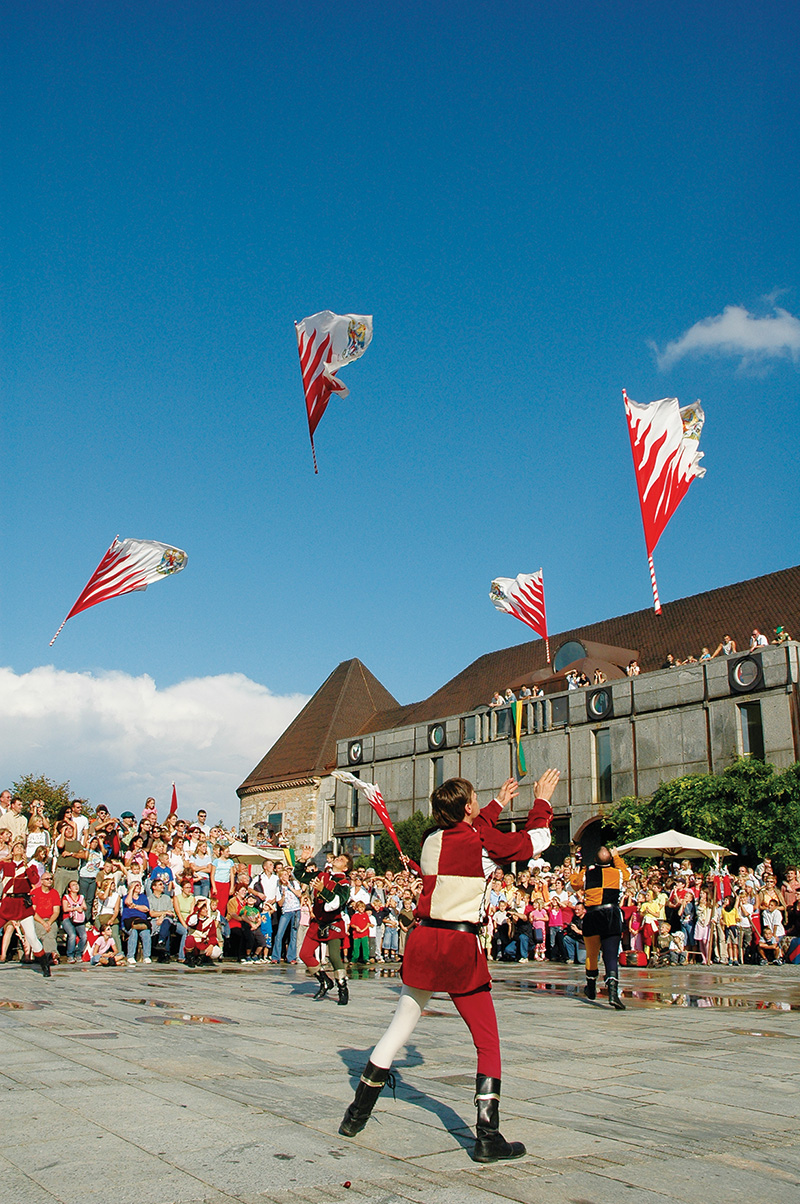 And to work off any excesses (and Slovenians wines are pretty good, too), over one third of the country is made up of national and regional parks. There are 28,000 kilometres of rivers (including the wild waters of the dramatic Soca River) and more than 1300 lakes.

Everywhere you go you see remarkably fit looking hikers, many of them aged in their 80s and 90s. There must be something about the air.

Whether you are a gourmet, art lover or outdoor adventurer, there is something here for just about everyone – and nowhere in the country is more than a day trip from the capital. •

Emirates Airlines flies from Australia to Dubai 84 times per week, with daily onward connections to 35 European destinations including Istanbul, where you can connect with Adria Airlines for the flight to Ljubljana. 1300-303-777; emirates.com/au

Where to stay
• The hippest base in the old town of Ljubljana is the Vander Urbani Resort, a Design Hotel with ultra-cool rooms and rooftop plunge pool. +386-1/200-9000; vanderhotel.com
• The new Plaza Hotel is oddly situated in a suburban shopping area but is clean and well-equipped and ideal for anyone on a budget.+386-1/243-0000; plazahotel.si