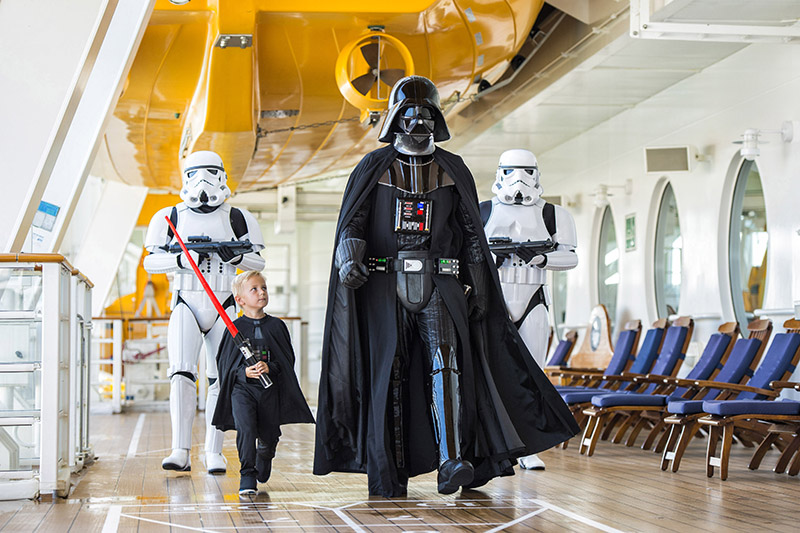 Pack your light sabre and your Jedi costume along with your designer swimmers when you board Disney Fantasy on one of its epic Star Wars Day at Sea sailings – returning on 15 cruises in 2018.

From January to April 2018, passengers will feel The Force during a day at sea that would have BB-8 rolling for joy.

The galactical celebrations include the ‘Summon the Force’ deck party with an extraordinary fireworks display accompanied by the iconic music by John Williams, characters, stunts and special effects.

There will also be encounters with the characters as you stroll the decks – Jedi, Wookiees, droids, stormtroopers and maybe even Darth Vader, as well as Star Wars-themed family and youth activities, astral food and beverage offerings and special merchandise.

The seven-night western or eastern Caribbean cruises on board Disney Fantasy depart from Port Canaveral.