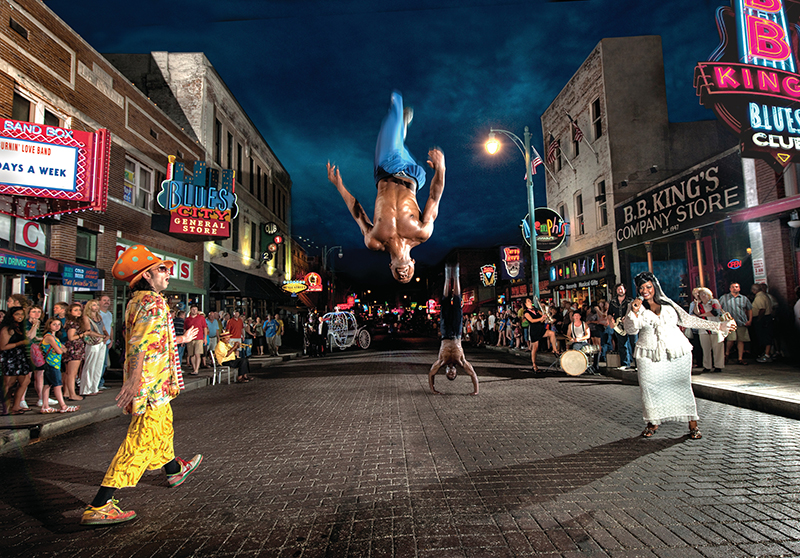 Memphis is a music lovers’ heaven. Drenched in music history there is something to satisfy everyone’s music appetite. For fans of Elvis a visit to Graceland is a MUST DO. This world famous rock and roll mansion is the most popular attraction in Memphis drawing Elvis from all over the world. Once you have completed Graceland it’s only natural that next on your list would be Sun Studio. Considered by many to be the most famous recording studio in the world, Sun Studio is where rock ‘n’ roll was born and made. Throw yourself deep into music history by visiting Stax Records. This vital part of American music history is one of the most popular soul music labels of all time. Legends such as artists as Otis Redding, Isaac Hayes, Sam & Dave, Rufus & Carla Thomas, Booker T & the MGs and numerous others launched their careers at Stax Records. Party the night away on Beale Street where legends such as B.B. King, Isaac Hayes and others showcased their talents on Beale Street. The three-block span is lined with nightclubs, specialty shops, galleries and restaurants. It’s the perfect way to dance away. 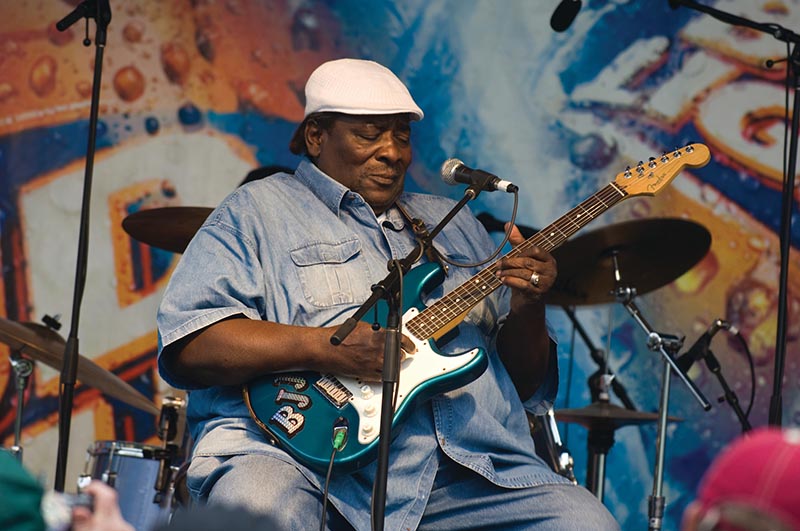 The Mississippi River Delta not only produced rice, soybeans, and cotton thanks to its rich fertile soil. But as well as the crops Blues Music sprouted and its roots are deeply planted in Helena’s history. For it was here before the turn of the century that scholars say this music was born. In the 1940’s and 1950’s, blues took off in the Delta, and Helena, Arkansas was at the center of it all. Home to the longest running blues radio show, ‘king biscuit time’, Helena is oozing with blues history. Helena is also home to the world-famous King Biscuit Blues Festival, held for three days annually in October, and one of the nation’s foremost showcases of blues music. This festival attracts tens of thousands of Blues enthusiasts from around the world and features some of the most recognized blues legends. 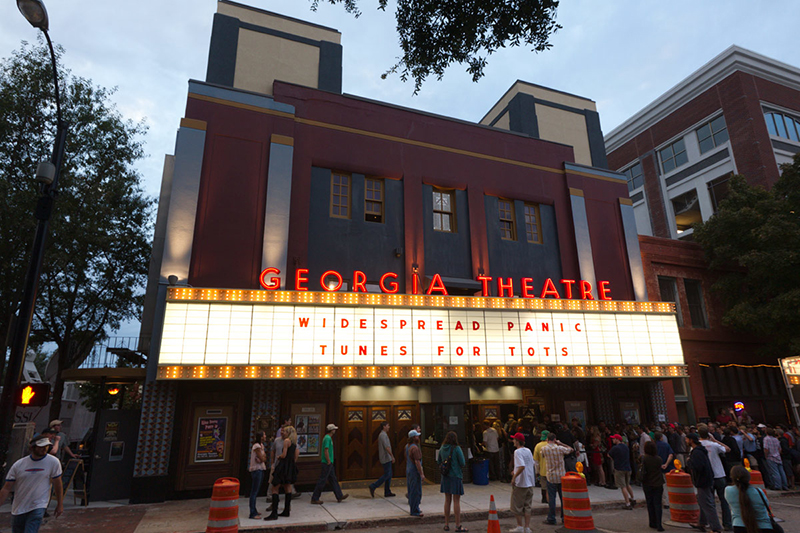 In the Southeastern state of Georgia you will be able to visit the places and relive the memories of where legends of rock, blues and soul got their start. Country music superstars including Jason Aldean (Macon), Luke Bryan (Leesburg), Zac Brown (Dahlonega), Jennifer Nettles (Douglas), Tyler Hubbard (Monroe) of Florida Georgia Line, Charles Kelley and Dave Haywood (Augusta) of Lady Antebellum and Cole Swindell (Glennville) are all extremely proud of their Georgia roots.

The Road Goes On Forever
For music fans, The Allman Brothers Band Museum at The Big House in Macon is a mothership of American rock and roll history. From 1970 to 1973, this historic Tudor-style house served as the $225-per-month home to several band members, including Duane Allman and Berry Oakley, and their families. It was the band’s rehearsal and gathering spot and a place of inspiration where ABB classics, including “Blue Sky” and “Ramblin’ Man,” were written. Today, the Big House preserves and shares the history of the Brothers through interactive exhibits, artifacts, music and plenty of memories.

Roam, if you want to
In 1977, the B-52s played its first gig at a Valentine’s Day house party in Athens, and in 1980, R.E.M. performed for the first time at a party at the deconsecrated St. Mary’s Episcopal Church building. Those two historic occasions, as well as many others, both famous and infamous, are memorialised in the Athens Music Walking Tour.

Those all-night-long Blues
Gertrude “Ma Rainey” Pridgett was only 13 or so when she began performing in minstrel tent shows in her hometown of Columbus, Ga. Later she traveled with the Rabbit’s Foot Company, but by 1914, she had gone out on her own as a singer. A blues pioneer, Rainey recorded more than 90 songs for Paramount and is known as “The Mother of the Blues.” Fans can learn more about her life and the unique country blues history of the Lower Chattahoochee Valley region in the Ma Rainey House and Blues Museum in Columbus. 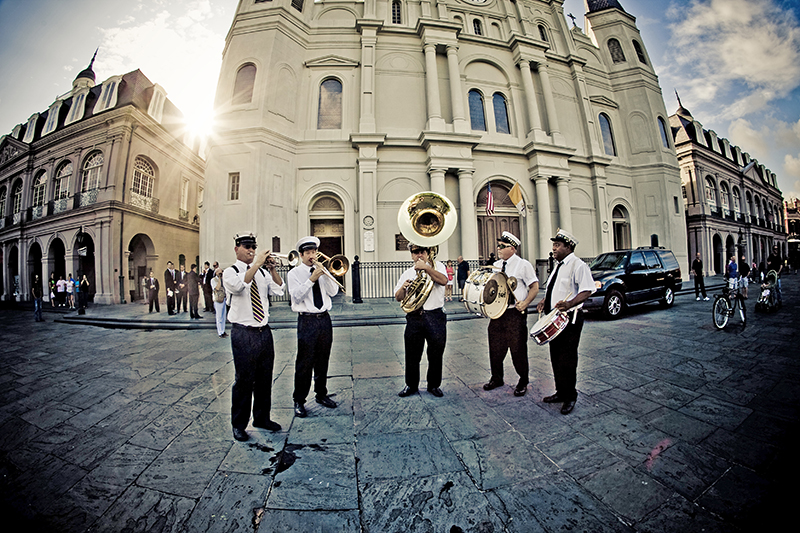 Louisiana’s connection to music is unlike any other state in America. What other state can say it’s the birthplace of Jazz, Cajun and zydeco? And all of these musical genre’s still thrive today! And when you add the state’s notable contributions to American blues, country and rock ‘n’ roll, it’s no wonder that thousands of tourists flock to our state primarily to experience these sweet sounds firsthand. New Orleans will be a focus for Jazz fans. Home to more jazz talent—one-of-a-kind composers, musicians and singers than most other American States. Jazz fans will be in Jazz heaven as they journey through Jazz history as well as enjoying live music at notable venues such as Preservation Hall, Snug Harbor and Irvin Mayfield’s Jazz Playhouse, jazz enthusiasts will appreciate Congo Square in Armstrong Park and the New Orleans Jazz National Historic Park. 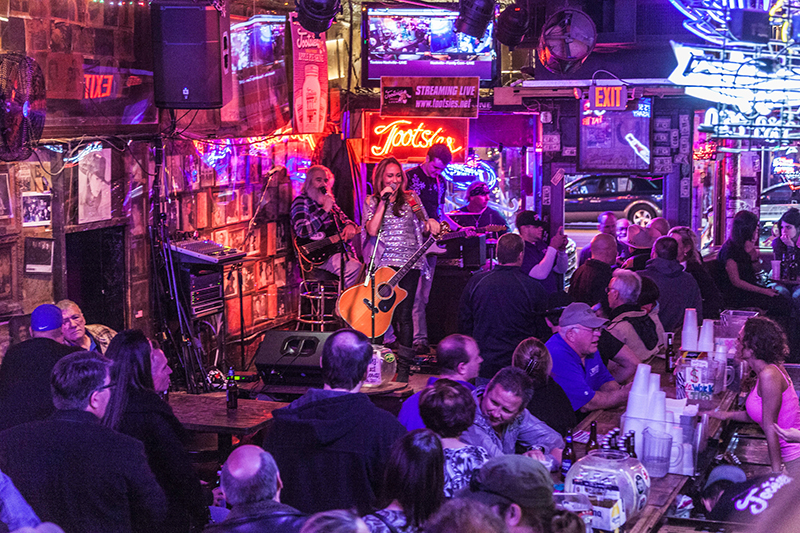 From its very beginnings, Nashville grew from a foundation built on music. Music has been the common thread connecting the life and soul of the city and its people. And visitors have ventured here to experience the music that weaves such a fundamental pattern in its cultural, business and social fabric.

Nashville has also long been known as the “Songwriting Capital of the World.” Songwriters from all over the globe come to Music City to learn the art and share their passion of songwriting. The famous Bluebird Cafe showcases songwriters performing their original music in an intimate “in the round” setting that was created in Nashville and allows them to share the stories of inspiration behind their songs.

In 1925, the establishment of radio station WSM and its launch of the broadcast that would be called the Grand Ole Opry further secured Nashville’s reputation as a musical center and sparked its durable nickname of Music City. The Opry, still staged live every week, is America’s longest-running radio show, in continuous production for more than 90 years. 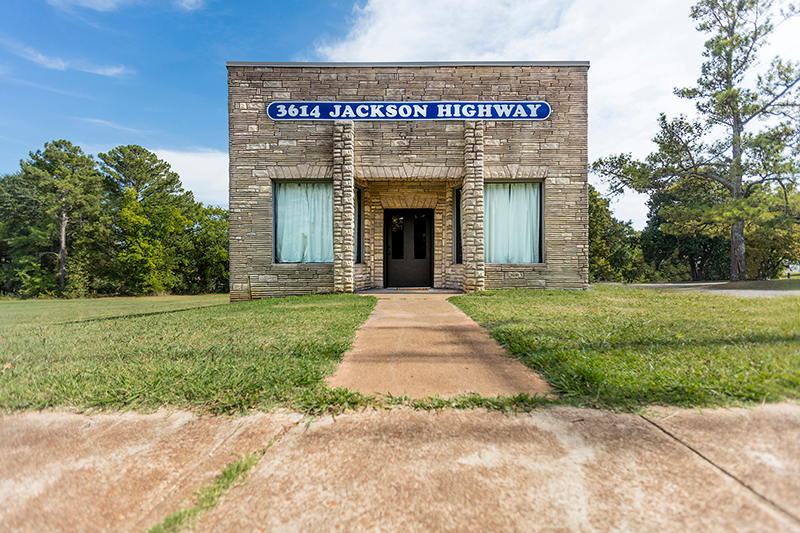 The music heritage in Florence and Muscle Shoals, Alabama has seen a resurgence in the past few years with the release of the ‘Muscle Shoals’ documentary. Located along the Tennessee River, Muscle Shoals helped create some of the most important and resonant songs of all time. Overcoming crushing poverty and staggering tragedies, Rick Hall brought black and white artists together during the radically turbulent decade of the 1960s to create music for the generations. He is responsible for creating the ‘Muscle Shoals Sound’ and the Swampers, the house band at FAME Studios which is still open to the public.

Today, Dr. Dre of Beats Electronics / Apple has invested in the renovation of Muscle Shoals Sound Studios where hits like the Rolling Stones’ ‘Wild Horses’ and ‘Brown Sugar were recorded. In addition to the Muscle Shoals Sound, Florence is the birthplace of W.C. Handy (Father of Blues) and Sam Phillips (Father of Rock ‘n’ Roll who discovered Elvis Presley. This music-filled post tour will include tours of the studios and W.C. Handy’s birthplace, as well as good Southern cooking and live music each day (and night). •

Getting there
Delta Air Lines and Virgin Australia fly non-stop to Los Angeles from Sydney, Melbourne and Brisbane. delta.com, virginaustralia.com
Delta and American Airlines both offer connections from LA. americanairlines.com
Qantas offers a daily A380 service from Sydney to Dallas Fort Worth. qantas.com