As a solo female traveller you want to pick a destination that’s postcard-worthy, adventurous but also that is safe.

Switzerland is a top-rating pick for any traveller. It’s home to some of the highest mountains in the world and pristine lakes and wilderness areas. Add to that some great offers for avid adventurers and you have the best of both worlds.

Did we mention it’s one of the safest places on the planet for solo female travellers? Read on to find out what sets Switzerland apart.

Being amid nature makes you feel good – we’ve known it for centuries, and now scientists prove it. Studies show that it reduces stress levels, calms the mind and boosts endorphins – those feel-good chemicals that float around our body.

More than this, nature is today’s ultimate travel luxury, with fresh air, few people and wild landscapes all high on the modern-day traveller’s wish-list. 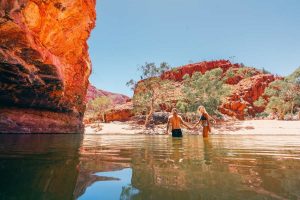 Enter Switzerland, a place where the countryside seems wider, the snow-capped peaks wilder, the colours more vivid and the hiking tracks longer – there are 65,000 kilometres worth to choose from. In short, the ultimate holiday antidote.

There are particular incentives for the solo female traveller. The country is among the safest and friendliest in the world. And much of the tourism industry is inspired by pioneering women, whether hoteliers or vintners, chefs or guides.

Switzerland Tourism called out to the travel industry for deals exclusive to female travellers, and they responded. More than 400 offers flooded in, from guided and unguided experiences and events. A jury chose the best among them, and 220 are now available here, with additional commentary including portraits and stories of interesting women in tourism. Read on for some examples.

As a travel destination, Switzerland is synonymous with spectacular mountains, wild gorges and mystical forests. And the country has strict plans in place to preserve this, for many generations to come. Sustainable travel doesn’t necessarily mean having to go without; it means greater awareness and depth and more enjoyment.

With this in mind, Switzerland follows its own sustainability strategy: Swisstainable. Hiking is probably the most sustainable way to explore Switzerland. The densest hiking trail network in the world covers the entire country.

This means that almost every corner of Switzerland can be discovered on foot. All hiking trails are marked uniformly and continuously in both directions. They are regularly checked and maintained, making them safe for the solo female traveller or a group of friends setting out for a day of exploration. 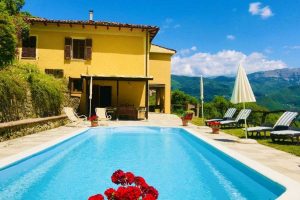 Speaking of trekking… research shows that 60 per cent of summer visitors go hiking at least once during their holiday. The majority of those are women. But out of every 1,300 mountains guides, only 40 are female. Enter women-only alpine tours, a collaboration by Switzerland Tourism and Mammut Alpine School.

The offers range from easy to challenging, and all tours are accompanied by a female mountain guide in English, with solo tours available. Well marked paths vary as much as the scenery. And the tours have a focus on pure pleasure and taking active breaks in unspoiled nature.

When it comes to executive positions, women are still in the minority. But in Switzerland, a growing number of hotels are flying the flag for girl power. Among them are design-driven Hotel 1732 in Vals, which has received awards for its architecture as well as its There rock spa, three gourmet restaurants (one with a Michelin star) bar and very own heliport.

And then there’s Beau Rivage Palace in Lausanne, a grande dame with more than 150 years of history and with a spectacular setting overlooking Lake Geneva. Highly-applauded chef Anne-Sophie Pic has a restaurant here, alongside an exclusive Cinque Mondes Spa.

And in between there’s charming Hotel Ofenhorn in Binn, Grand Hotel Les Trios Rois in Basel, boutique The Capra in Sass-Fee, and Hotel La Tureta in Giubiasca – all owned, run or managed by powerful women.

This article was produced with content supplied by Switzerland Tourism and is a Vacations & Travel digital exclusive. Be the first to see more exclusive online content by subscribing to the e-newsletter.