Before I begin this story – I mean really begin it – I present you with the punch line. Because I don’t have the heart to put you through a tension-building 1,000 words. Detailing five days of freezing temperatures, yes/maybe/no wildlife sightings and (sidenote) delicious meals. All prolonging the inevitable reveal in the last paragraph: yes, I travelled to Ladakh in winter. And yes, I actually saw the elusive snow leopards.

Tracking the elusive in Ladakh

Three of them, actually; a mum and two cubs. The mature snow leopard pranced ahead, her pair of five-month-old boys tumbling like novice acrobats in her wake. For an hour I followed their path along the ridgeline. Down into crevices where they rested and preened; up onto rocky peaks where they perched, scanning for prey. Were they aware the entire village of Ulley had come to a standstill a kilometre away? That all 15 permanent residents and just as many visitors were training telescopes on their every move? Likely they had much more immediate meal priorities.

The Ladakh region of northern India covers 60,000 square kilometres. It’s a vast terrain as harsh as it is high, as mesmerising as it is mountainous. The skyline is the jagged spine of the Trans Himalayas, with Stok Kangri piercing the clouds at 6,154 metres. There are glaciers and deserts, whitewashed villages and prayer flags, spindly poplar trees and boulder-carved gorges. It’s an environment so extreme that only 270,000 people – or 0.02 per cent of the country’s population – choose to live here. It’s them, and around 400 snow leopards.

My lofty Ladakhi lodgings lie in the tiny Buddhist community of Ulley. A setting that is breathtaking in every way imaginable. For a city dweller used to jumping in the ocean every day, being transported this close to the heavens requires a lot more effort than I’m used to. My hands fumble trying to pull on hiking boots. I feel lightheaded walking more than a few steps, and my thoughts and reactions are delayed like I’m in a badly dubbed film.

Slowing things down even further is the fact that it’s winter when temperatures can plummet to minus 30 degrees Celsius at night and are not much warmer during the day. I’m not the first person to notice the impact of these climes. This part of the world has such an influence on global weather systems that it has become dubbed the Earth’s ‘Third Pole.’ Despite the big chill, there’s obviously a very tantalising reason for our icy pilgrimage – the shan… the Hindi word for snow leopard. A term I’m about to become very familiar with. 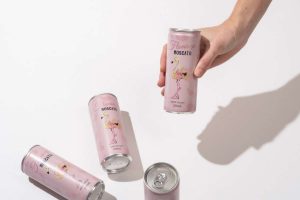 The World Wildlife Fund estimates that there are less than 4,000 snow leopards left in the world. They’re living across two million square kilometres and five countries in Central Asia’s high peaks. Though endangered, the population of these big cats appears stable, thanks to the work of groups like the Snow Leopard Conservancy.

In decades past, habitat loss, targeted poachings and retaliatory killings saw snow leopard numbers in serious decline. But the not-for-profit has worked tirelessly with local communities to reverse this trend. They’ve achieved this through introducing livestock-loss compensation programs and predator-proof fencing on farms.

Today, the leopards – along with the Tibetan wolf and Himalayan fox, other predators once considered pests – are a source of pride and income for Ladakhis.

Where the journey begins

Our journey begins in Leh, the capital of Ladakh and a place where grand hilltop gompas (monasteries) are wrapped in prayer flags.

While acclimatising to the head-spinning altitudes, we spend our days picking through markets where stalls sell impossibly fine pashminas alongside heavy-duty adventure wear for aspiring mountaineers.

Wildlife, a wolf and petroglyphs

It’s less than 80 kilometres from Leh north (and upward) to Ulley, but the journey of endless hairpins and unpaved roads requires the best part of a day. Some of the delays are due to wildlife spottings. Like the lone Tibetan wolf, our driver somehow manages to glimpse. The entire landscape is white, the animal is the same colour… and it’s about half a kilometre away. Superman would be proud.

Other stops are to admire roadside petroglyphs that date from the second century. In any other part of the world they would be behind glass in a museum. Here, they’re carved into rock beside a broken Pepsi bottle and blown-out flip-flop.

We motor past the spot where the Indus meets the Zanskar River. Its glacial blue water is the colour of an Ice Mint.

We pause to snap photos of roadside signs: ‘Don’t gossip, let him drive,’ and ‘Darling, I like you but not so fast!’ among the most memorable.

It’s remarkable to think that even the world’s remotest reaches offer places for intrepid visitors to bunk down in comfort, like Ulley’s Snow Leopard Lodge. Ulley natives Tsewang Norbu and his son Stanzin opened the 12-room homestay in 2014, using support from the Conservancy to attract travellers into the Himalayas out of the peak trekking summer season.

While the valley is hardly a magnet for leopards, they are frequent visitors to Ulley’s peaks and gorges. As you might expect, they’re built for the cold. From the 13-centimetre-thick fur on their bellies to their enormous tails, which shield them from harsh weather while helping maintain balance on slippery surfaces.

They’re the only big cats in Asia’s cold deserts, and they’re extremely solitary and reclusive. They’re also the same colour as Ulley’s rocks. Really, it’s a wonder anyone sees them. But in the seasons since the lodge opened, all but two groups of visitors have not glimpsed the shan. For a while, I thought we were going to be the third.

Ladakhi lodge accommodations are simple but sport comforts our hosts have never known: wood-burning stoves, colourful throw cushions and kilims (rugs), and daily luxuries such as hot water bottles tucked between sheets at bedtime and steaming buckets of water delivered in lieu of hot running water. Because pipes freeze.

The communal reading room is filled with sunshine during the day. By night, the aroma of burning wood. Guests gather to sip warmed rum while watching documentaries about the animals we seek.

Later, in the dining room, cooks serve traditional Ladakhi dishes. From Thukpa, a noodle soup with yak meat and momos, Tibetan dumplings. As well as skyu, a vegetable stew. It’s all washed down with chhang, a barley-based alcoholic beverage with an acquired taste.

All in a Ladakh day

Days at Snow Leopard Lodge begin early and unfold at a meditative pace. Coffee, breakfast, bundling on clothing and then finally venturing into the mountains. Whether to ‘trek’ – walking 500 metres here feels like a marathon – or find lookouts. A spot where one can lie on boulders and pretend our binoculars will bring all the superhero sight afforded to our driver.

Of course, it’s not our eyes that matter. Accompanying us are a team of spotters who are trained to see a whisker move on the wind.

Eye-spy a ghost of the mountain

“When you’re in a place so vast, and when the leopards are the same colours as the rocks, seeing one is a miracle,” says Surya Ramachandran. He’s a naturalist who guides groups around some of the world’s most spectacular wilderness areas. Including in India, his native country, but also further afield.

“They’re dubbed ‘ghosts of the mountain’ for a reason. You need eyes that attune to the landscape.”

Despite the fact we have the best ‘eyes’ in the business, our spottings are mostly filled with non-leopard wildlife. Which is completely wonderful in its own right. One morning we drop our breakfast chapatis and run to the rooftop to see a pair of wolves padding past in the snow. Other days, scanning the ridgeline reveals herds of urial and muscular ibex or golden eagles circling overhead. Other times, tiny pikas which are a cross between hare and mouse, scurry underfoot.

And then there’s the afternoon we actually spot the shan, to which I’ll leave the real punch line to Tsewang Norbu:

“I love the mountains and wildlife. When I see snow leopards, it’s like my body is overtaken by a spirit – like I’m about to fly.”

I know how he feels.