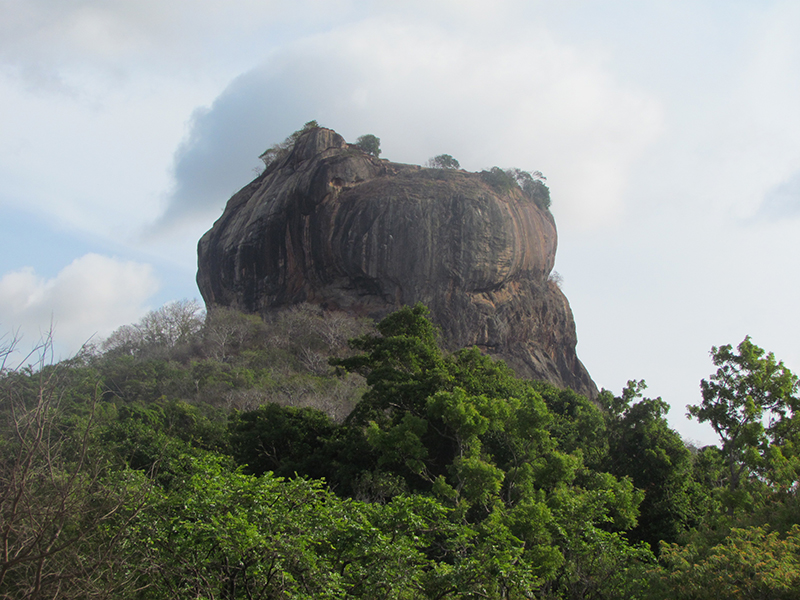 This exotic island offers such a diverse range of things to see and do including beautiful beaches, surf camps, whale watching, scuba diving/snorkelling, white water rafting, and elephant orphanages, just to name a few.

Also some of the world’s finest teas are grown in Sri Lanka and will appease the palates of the fussiest tea connoisseurs. The tea growing regions of Sri Lanka are clustered mostly among the mountains of the island’s central massif and its southern foothills and are also a highlight to visit. For the foodies there is an array of exotic spices, curries and delicious fare that will awaken the taste buds of any palate. 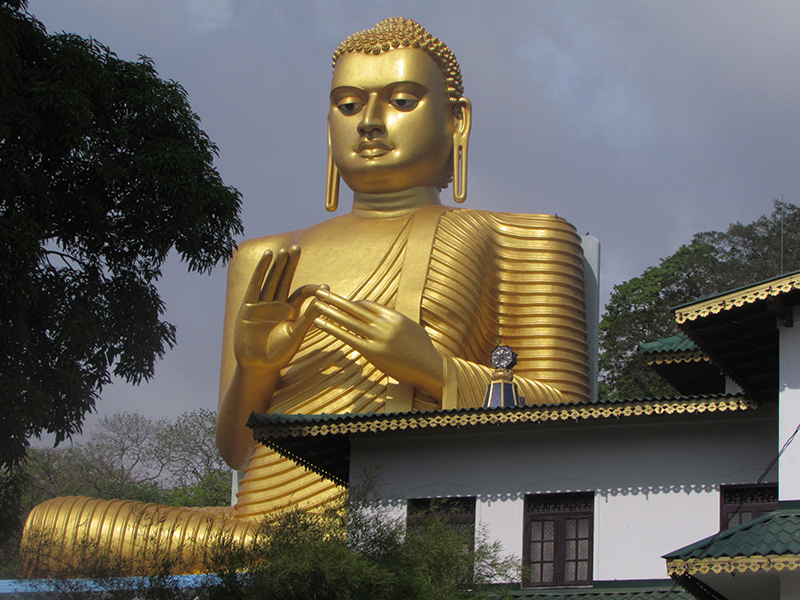 Renowned for its incredible diversity of culture and natural beauty, Sri Lanka has a proud history dating back more than 2,500 years. The country boasts eight UNESCO World Heritage Sites, including historical monuments, fortresses and also religious sites, such as the ancient cities of Polonnaruwa and Sigiriya, the Golden Temple of Dambulla, the old town of Galle and its fortifications, the sacred cities of Anuradhapura and Kandy, Sinharaja Forest Reserve and the Central Highlands of Sri Lanka.

The Sigiriya Rock Fortress, also known as The Lion Fortress, is located in the North Province, approximately 182 kilometres from the nation’s capital city, Colombo. 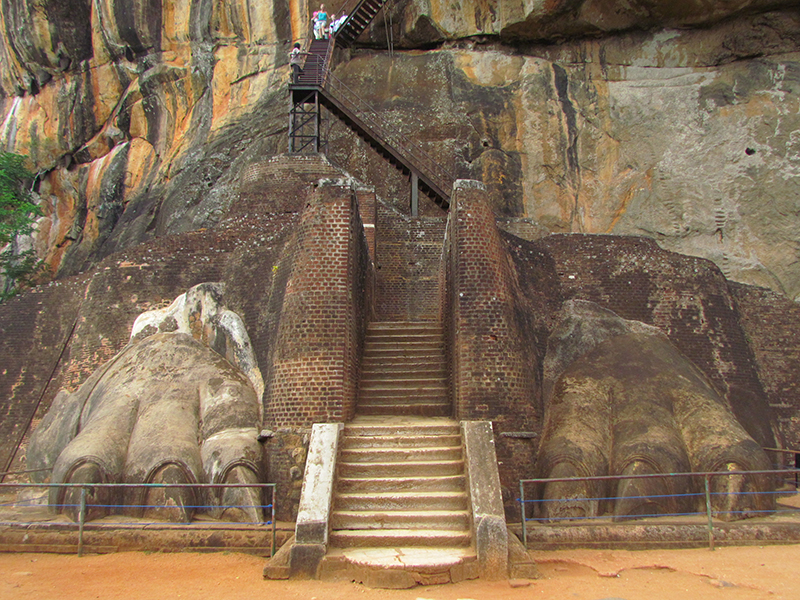 Situated in Sigiriya National Park and sitting proudly in the heart of the island’s cultural triangle, this massive rock of red stone rises to a stunning 600 feet into the sky from its jungle hideaway. At the summit is an ancient palace, which has now been described in the annals of history as an architectural masterpiece.

Built in 477AD the fortress is one of the country’s most famous landmarks and has been described as the eighth wonder of the world.

The saga of Sigiriya is of warring brothers and is a spectacular story. This ancient ruin was once a fortress hideaway for the renegade King Kashyapa who overthrew his father and built this self-contained opulent hideaway to keep his enemies at bay, particularly his half brother. King Kashyapa reigned for 18 years, but his glory days ended when his half brother returned seeking revenge and gathered an army to challenge the King to battle. Kashyapa’s army fled to avoid a bloody battle and as a result, as legend states, he committed suicide. 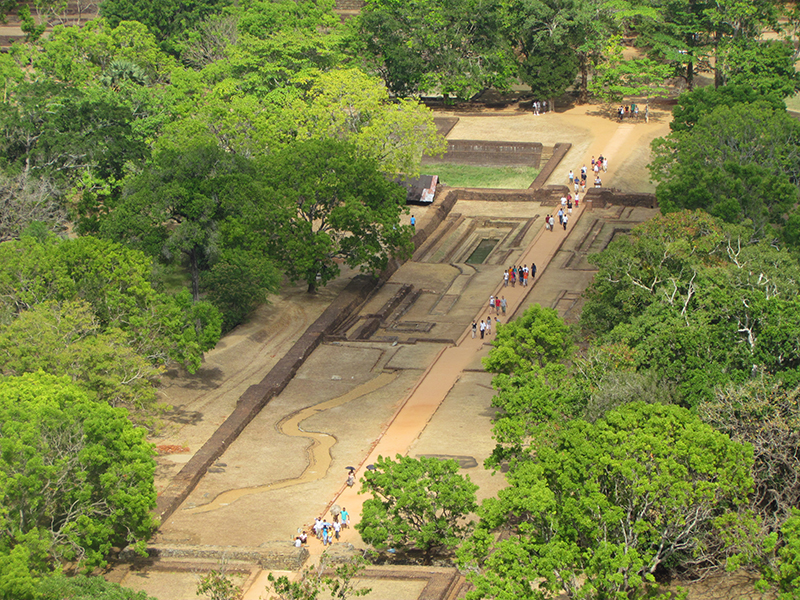 This ancient architecturally designed masterpiece had in its grounds an incredible array of fountains and pools that for their times were a rare feat of engineering. The opulence of a bygone era is still on display today.

The entire plan of the palace is still remarkably visible today. The ancient palace combination rock fortress is one of the main reasons to visit Sigiriya (apart from the elephant safari) and it’s a memorable day exploring this historical site. Some of the things you will see include a polished rock wall, containing some of the oldest graffiti known to man and also some 22 frescoes left from the original 500 still holding their vibrant colours after all this time. 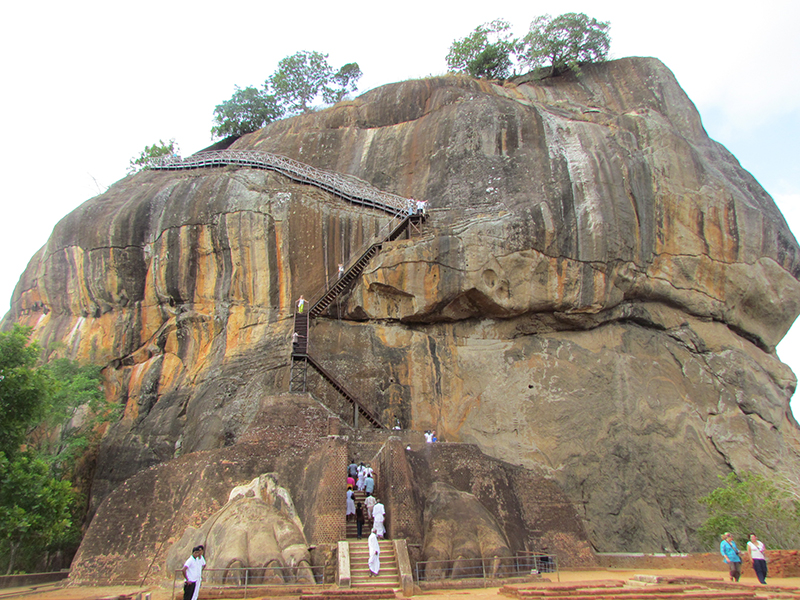 Towards the top of the fortress and at the northern end you pass through a massive carving of a pair of lion’s paws, the only part of the lion left standing. Through this entrance is the final ascent to the summit where a stairway takes you to the top of this ancient relic.

It’s an effort to get to the top but if you take your time it’s worth the hike. At the top, you will be rewarded with an amazing view of Sigriya and observe the ancient ruins of what once was a prosperous sophisticated palace. It gives you an incredible insight of life in this era. 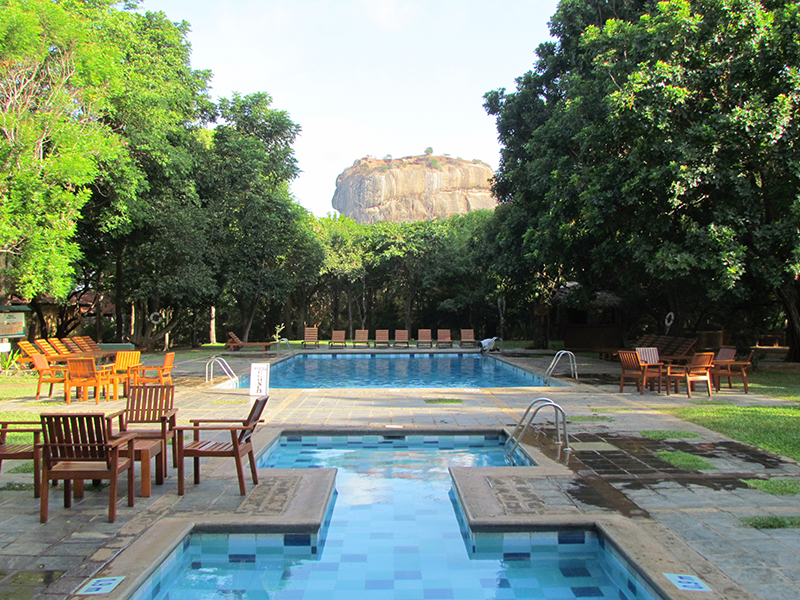 We stayed at the Sigiriya Hotel, which had direct and breathtaking views onto the rock fortress from the serene setting of the swimming pool. It was like staying in a nature reserve with a hotel thrown in as a bonus! Monkeys, squirrels, lizards, frogs and other exotic creatures are all part of this exquisite setting.

Sigiriya and this hotel are worth visiting and staying just for the afternoon shenanigans of the monkeys. 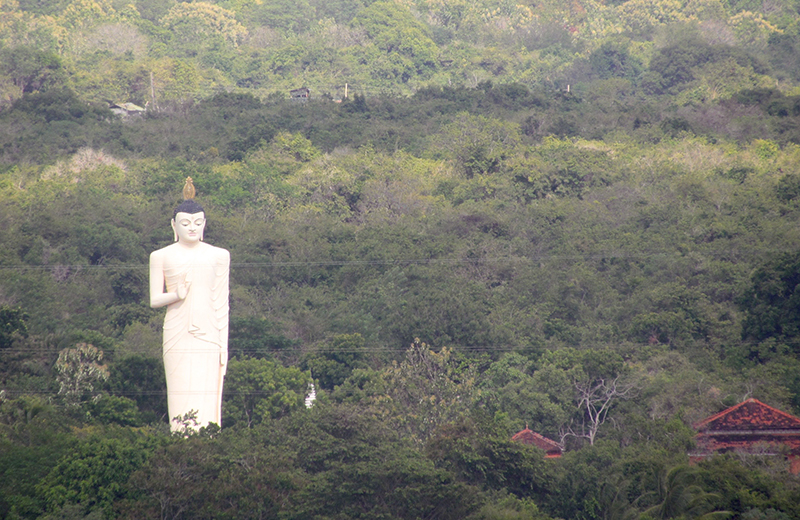 Where to stay
Sigiriya Hotel – serendibleisure.com/hotelsigiriya 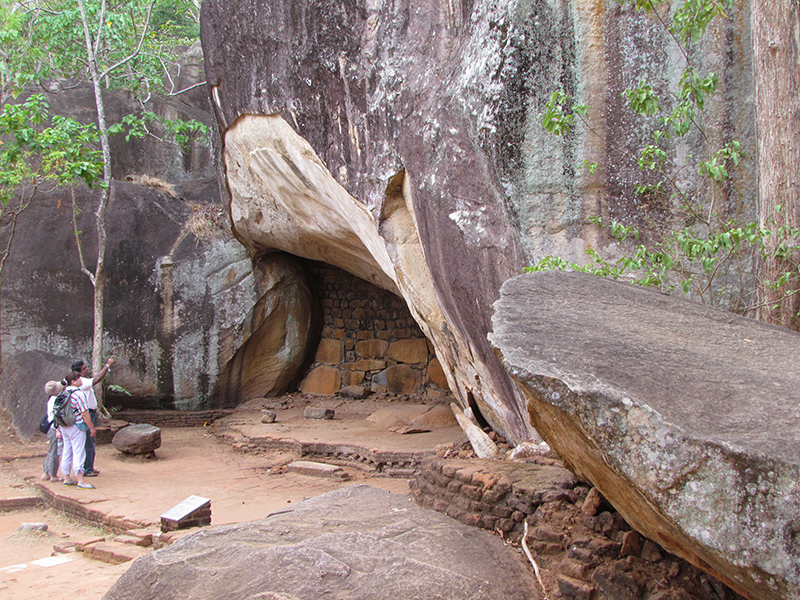 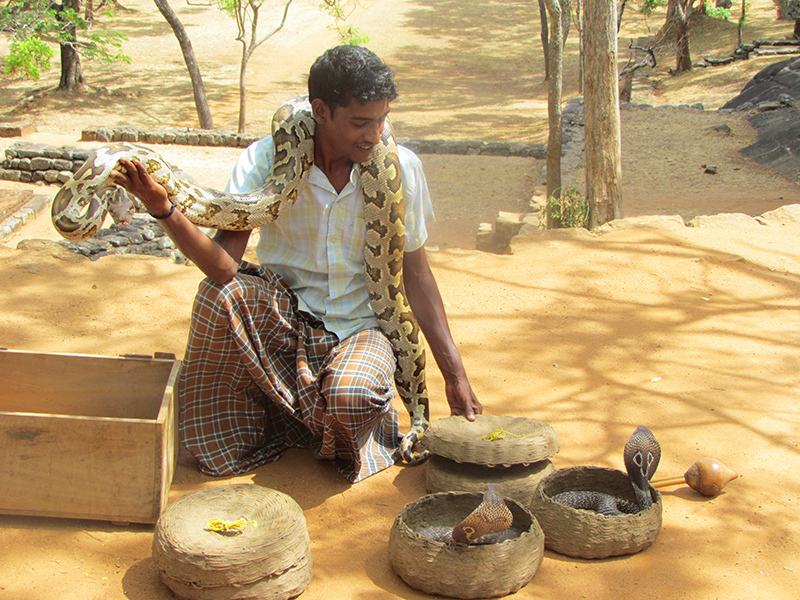 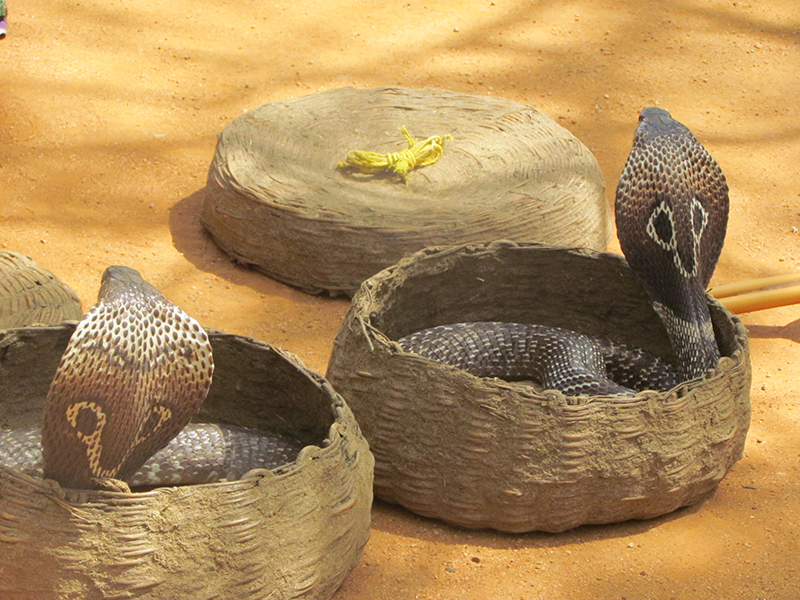 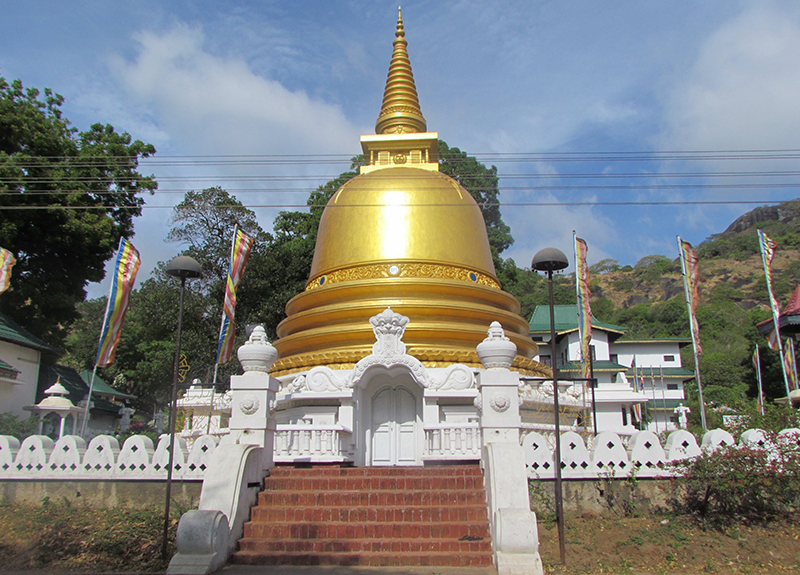 Only a true Aussie travel expert can get 11 out of 11 in this quiz!