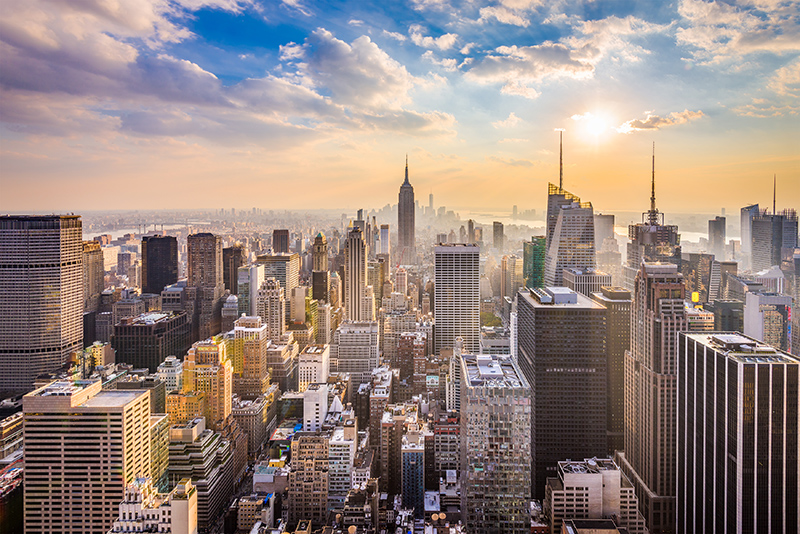 You’ll run out of days in New York City before you run out of exciting things to see and do. From much-lauded dive bars and restaurants to iconic landmarks such as Central Park, Broadway and the Empire State Building, the city that never sleeps will keep you busy into the wee hours of the morning. Shopping in the Big Apple is an attraction in itself, worthy of a dedicated itinerary. And those hunting for bargains will be as thrilled with their finds as luxe label devotees and those searching for that special souvenir. Make no mistake: nobody leaves New York empty-handed. 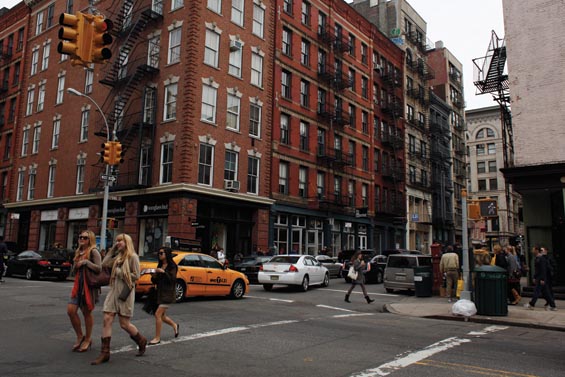 Bargain Hunting
Start your shopping spree at Century 21, downtown in the Financial District. You’ll need to sharpen your elbows as designer clothes, shoes and homewares are fought over regularly here by bargain-hungry locals and tourists. You can’t blame them for their exuberance: with up to 80 per cent off retail prices, the savings can easily run into hundreds of dollars. Expect to find discounted designer handbags and shoes and floors and floors of clothing marked down to next to nothing as well as top-range linen at less than half price.

Also worth checking out for impressive markdowns is Filene’s Basement in Union Square. The clothes here are popular with NYC office workers, and the current season’s labels are available at significant discounts. Next door is DSW (Designer Shoe Warehouse) for, well, shoes, shoes and more shoes. Massive discounts might net you a pair of Jimmy Choo heels for a song or functional boots and sandals for a fraction of what you’d pay at home.

For shopping diehards, the Holy Grail is a day trip to Woodbury Common Premium Outlets. Buses run from Midtown in the city to this sunny spot about an hour’s drive away in upstate New York, where 220 outlet stores offer serious markdowns. Don’t miss the outlets of Armani Exchange, Calvin Klein, Gucci, Burberry and more. 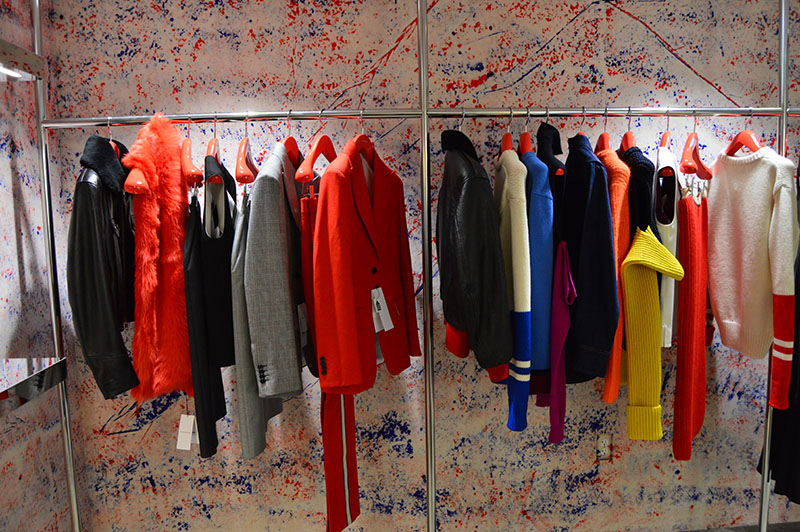 Market Finds
Part of the joy of shopping is searching for that rare and perfect item nobody else has found. And where better to begin your foraging than at a cool and quirky market? New York City has an abundance of alfresco and undercover markets where vendors sell handmade and original goods as well as delicious artisanal produce.

Also worth a visit during holiday time is the Christmas market at Grand Central Station. You’ll find dozens of potential gifts waiting here, from gorgeous homewares to the perfect slab of fudge, all housed in the beautiful Grand Central terminal building – also offering shelter from the cold. 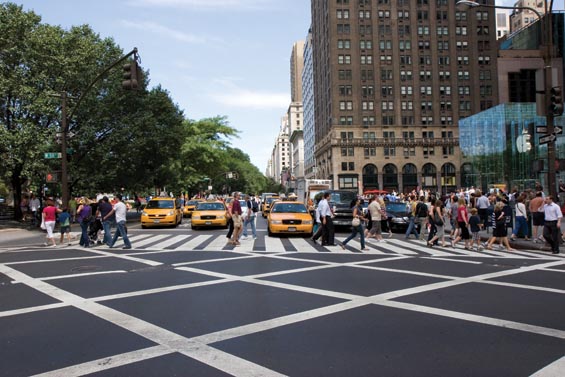 A year-round favourite market is the Brooklyn Flea. Showcasing the wares of hundreds of vendors of antique furniture, vintage clothing and locally designed art and jewellery, the Flea’s home is in the trendy Brooklyn suburbs of Fort Greene (Saturdays) and Williamsburg (Sundays). The food for sale, from organic cupcakes to melt-in-your-mouth lobster rolls from Maine, is a real highlight. Be sure to arrive with a hearty appetite.

Refuel: In Brooklyn, hang out with cool locals at Habana Outpost for the tastiest Cuban food in town or at Colonie, NYC, a social gathering spot for locals. 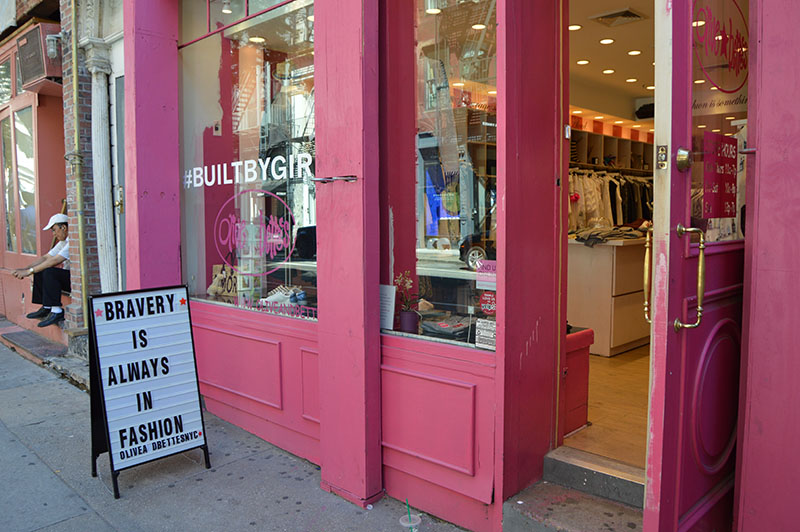 Luxe Labels
If we learnt anything from Sex and the City, it’s that New York is the place for Cosmopolitans, Mr. Big and labels, labels, labels. Christian Louboutin, Jimmy Choo, Dior, Prada, Burberry, Chanel, Louis Vuitton – garments and accessories from the world’s most luxe labels are snapped up by devotees in New York City.

For the widest range, head straight to the major department stores. Bergdorf Goodman is a label treasure trove for men’s and women’s fashion, making it a favourite of fictional fashionista Carrie Bradshaw. Nearby, Lord & Taylor offers personal shoppers, a sought-after wedding stylist and over-the-top holiday window displays that are the talk of the town come December. For a wide range of fashion and shoe labels at a more modest price point, the flagship Macy’s store on 34th Street should be your destination. For top makeup brands at much cheaper prices than you’ll pay in Australia, there’s only one store you need to know about: Sephora. 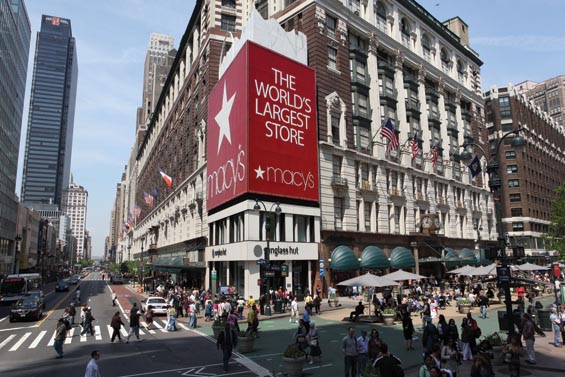 A stroll along Fifth Avenue is a delight for window-shoppers, the stores here outdoing each other with extravagant window displays. Fendi, Tiffany & Co, Saks Fifth Avenue, Apple, Van Cleef & Arpels and many other famous brands have their flagship stores on this landmark boulevard.

Refuel: At the corner of Fifth Avenue and 59th Street sits The Plaza Hotel, a grand icon of style and elegance. Visit for lunch, high tea or a cocktail, then keep on shopping. 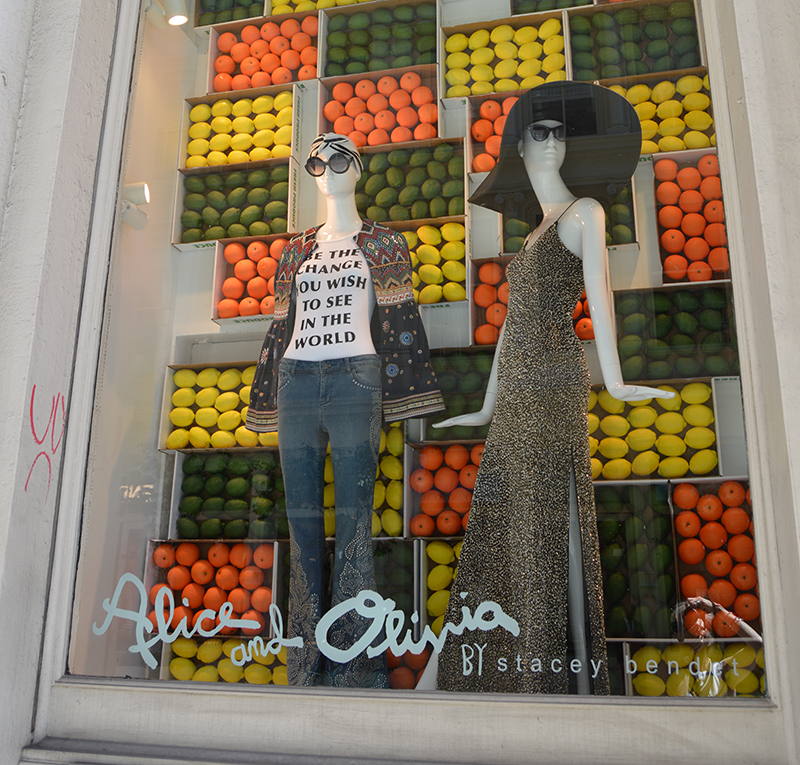 In the Neighbourhood
New York is a great city for exploring on foot. Walk uptown or downtown in Manhattan and you’ll pass through dozens of vibrant neighbourhoods, each with its own eateries and specialist stores. Often described as a city of villages, New York has multiple pockets, all offering something new.

The cobblestone streets and brownstone buildings of the West Village make it a photogenic favourite – and a sought-after address for trendy boutiques. Don’t be surprised to run into Sarah Jessica Parker in the Marc Jacobs store (she lives around the corner) or the Olsen twins in the local vintage outlets.

The Meatpacking District was once a down-at-heel red-light neighbourhood best avoided after dark. Today, it’s been revamped and made popular with innovative art galleries, boutiques such as Alice & Olivia and a flurry of organic eateries. Nearby Chelsea boasts the trendy Chelsea Market, known mainly for its top-notch food outlets as well as for lifestyle store Anthropologie and seasonal pop-up stores selling designer fashion at clearance prices. 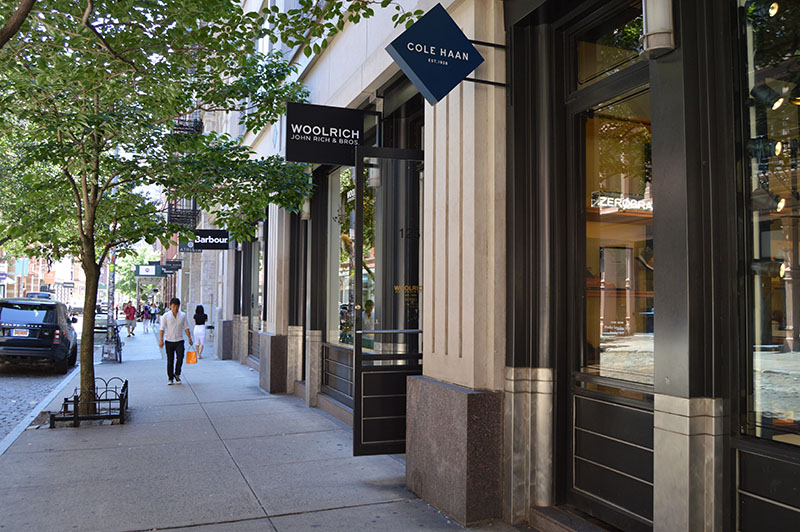 SoHo so hot
SoHo has long been a hot spot for boutiques, galleries and up-and-coming designers; now, the neighbourhoods of NoLita and TriBeCa are staking their claim on the retail market with brand-name stores – Banana Republic, Zara, Ralph Lauren – as well as more bespoke boutiques.

For the adventurous shopper, hop on a train and explore the outer boroughs: from Park Slope in Brooklyn to Astoria in Queens and the newly hip Harlem streets, there is much to surprise and delight the savvy retail therapist beyond the bright lights of Manhattan.

Refuel: When in the West Village, nab a table at The Spotted Pig for delicious seasonal British and Italian fare and stellar celeb-spotting.

Photography by Kristie Kellahan and courtesy of NYC Tourism.

When to go
New York has four distinct seasons, each with its own charms and challenges. Travel in spring or autumn if you prefer milder weather, as winters can be bitter and summers scorching.

Where to stay
On the Upper West Side, the Hotel Beacon NYC is popular for its large rooms overlooking the Hudson River. beaconhotel.com
New York Downtown is just a stone’s throw from Century 21.  starwoodhotels.com