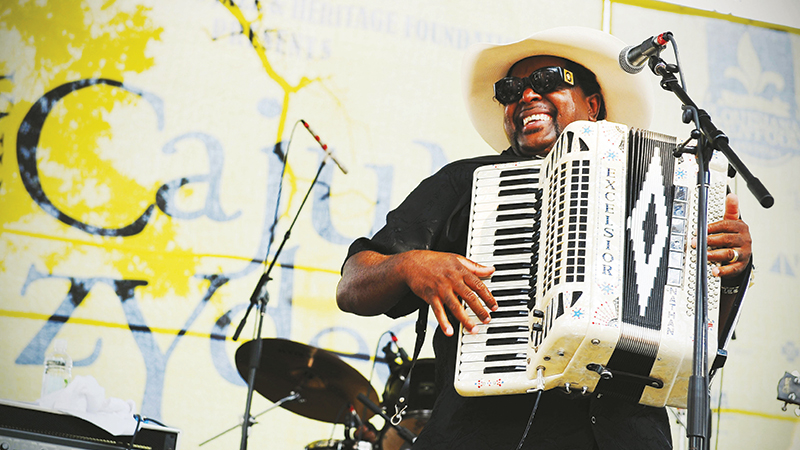 With his trucker’s hat and molasses Southern drawl, our lunch companion at Claunch Café in Tuscumbia, Alabama, appears to be a good ol’ boy, a regular country hick with a penchant for trapping and skinning rattlesnakes.

But as Travis Wammack recounts the story of his life, I realise that the man polishing off his beans and rice is actually a Big Deal, not just in this humble neck of the woods, but in the American music scene. Wammack is, in fact, a legend – a gold-album selling artist, band leader for Little Richard and The Osmonds, an inductee into five music halls-of-fame and a stalwart of what’s known as the ‘Muscle Shoals Sound’.

This is a man who should be living the high life, reaping the rewards of rock ‘n’ roll fame; instead, he chooses to live in a sleepy corner of Alabama, a place as languid as the Tennessee River that flows through its midst.

It’s a little-known fact that The Shoals – a collective of four neighbouring towns: Tuscumbia, Florence, Sheffield and Muscle Shoals – was once the recording capital of the world, producing hit after hit during the 1960s and ‘70s. You may not know the name, but the music Muscle Shoals created in just a handful of studios is unmistakeable – the funky beats of Wilson Pickett, Aretha Franklin, Percy Sledge and Etta James; the Rolling Stones classics Brown Sugar and Wild Horses; and later, the genesis of American Southern Rock through artists such as Bob Seger, Dr Hook and Lynyrd Skynyrd. 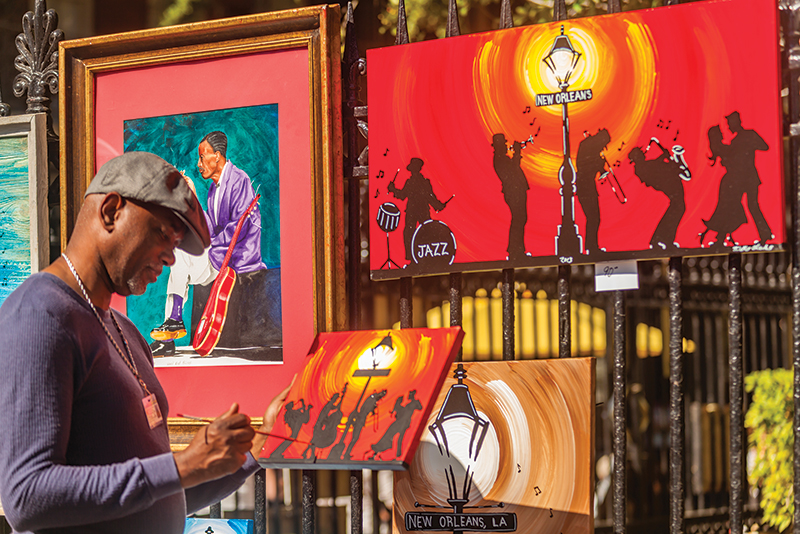 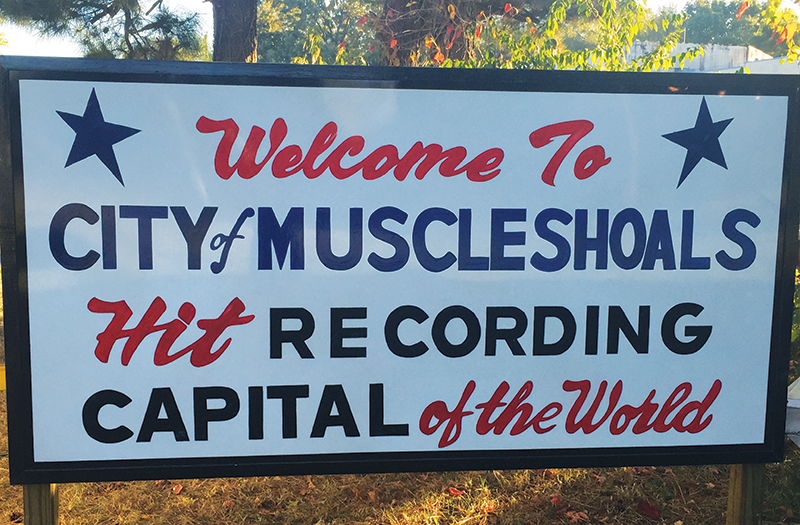 “Magic is the word that comes to mind for me when I think of Muscle Shoals,” Bono (from the band U2) says at the beginning of the award-winning documentary entitled Muscle Shoals, which tells the story of this incredible time and place in music history. “It’s about alchemy, about turning metal, the iron in the ground, the rust, into gold.”

The man behind the Muscle Shoals phenomenon was the obsessive and highly individualist producer Rick Hall, operating a home-assembled mixing desk in a simple ‘70s-style bunker he named FAME Studios. In its half-century history, FAME has been involved in recording or publishing records that have sold more 350 million copies worldwide, making it the most improbable hit factory in music history. It was here that Travis Wammack teamed up with Rick Hall, his distinctive ‘fuzz tone’ guitar licks heard on hit records that sold over 60 million copies for artists such as Aretha Franklin, Wilson Pickett, Mac Davis and Clarence Carter, amongst others. Wammack also recorded his Top 10 single, Love Being Your Fool, in 1975 at FAME.

FAME’s session band – “a bunch of white guys that looked like they worked in the supermarket around the corner,” according to Bono – were called The Swampers, who eventually went on to form their own studio, called Muscle Shoals Sound Studio (sometimes known as 3614 Jackson Highway, its street address). This later moved to another location on the riverfront, which now operates as Cypress Moon Studio.

Approaching The Shoals through acres of powderpuff cotton fields, it’s hard to believe that this nondescript rural outpost just over the Tennessee border launched some of the biggest recording artists in the world. For music lovers, however, a visit to the still-operational recording studios that broke down racial barriers to create a truly universal sound is an essential part of what’s now called The Americana Music Triangle.

Incorporating the area between Memphis, Nashville and down to New Orleans, this triangle is actually the birthplace of nine distinct musical genres: Blues, Jazz, Rock’n’Roll, R&B/Soul, Gospel, Southern Gospel, Cajun/Zydeco and Bluegrass. Each one represents a collision of cultures, ideologies and technologies, and resulted in what’s collectively been called “America’s greatest cultural export”.

At the northern tips of the triangle are the two musical big guns: Memphis and Nashville. Memphis is credited as the birthplace of rock’n’roll, with Sam Phillips’ Sun Studios producing the likes of Elvis, Roy Orbison, Jerry Lee Lewis and Johnny Cash. Memphis is also the home of the blues, and created its own brand of soul music at two major studios, Stax and Hi Records during the 1960s.

Nashville, of course, needs no introduction – as well as being the home of country music, it is the second largest recording and production centre for all musical genres (after New York City). The city simply emanates with the twang of guitars, from newcomers trying their luck down on Broadway to established stars lighting up the treasured stages of the Ryman Auditorium and the Grand Ol’ Opry. 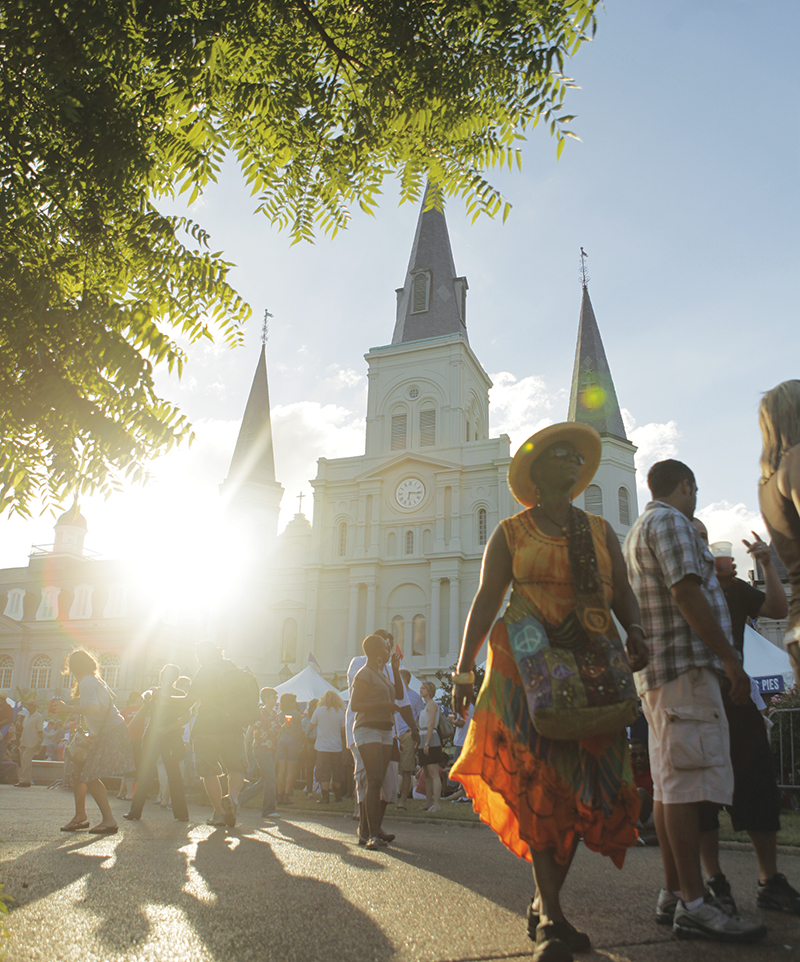 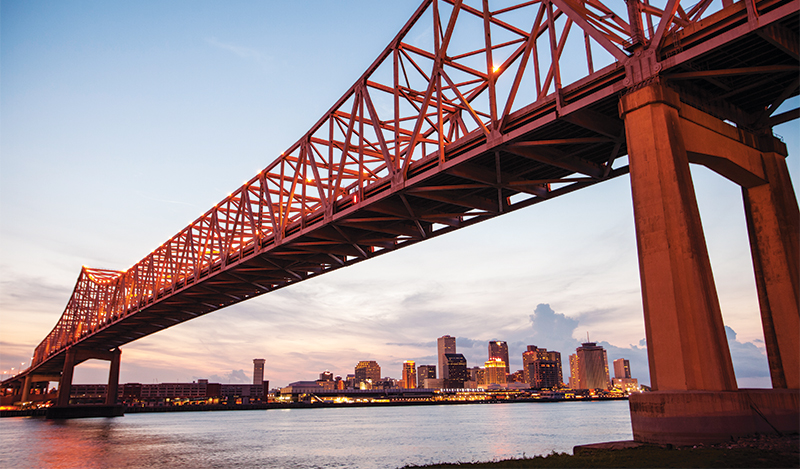 Now in its 90th year, the Opry is America’s longest-running weekly radio broadcast in the world, and the show that brought country music to the world. For recording artists, performing at the Opry is a badge of honour, an accolade not to be taken lightly. Each performance showcases the talents of at least eight artists, including legends such as Dolly Parton, Loretta Lynn and Riders in the Sky as well as contemporary stars such as Blake Shelton, Kelsea Ballerini and Rascal Flatts.

Just south of Nashville, the historic town of Franklin is positioning itself as ‘the centre of Americana music’, a quieter, more authentic version of Nashville where musicians actually live (Keith Urban and Nicole Kidman have a home here) and play in small, intimate venues such as Kimbro’s (which has a bar made entirely of vintage radios) and Puckett’s Grocery and Restaurant.

Franklin is also the home of VivaNashVegas, a ‘hillbilly roots’ radio program hosted by country music ‘royalty’ George Hamilton V and featuring new artists and country music legends; while the inaugural Pilgrimage Festival – held in September on a century-old horse farm in Franklin – featured a diverse lineup including Willie Nelson, Sheryl Crow, Weezer and Jimmy Cliff, and attracted up to 10,000 fans each day.

As you travel south on the ‘Gold Record Road’ into Mississippi and Louisiana, so the soundtrack becomes rawer, swampier, a melange of styles reflecting the cultural melting pot and the moody landscape of sugar plantations, live oaks dripping with Spanish moss, and endless delta wetlands with drowned cypress forests, long-legged herons and lurking ‘gators.

This is Cajun country, a unique culture borne of French-Canadian immigrants who settled in the swamplands in the mid-18th century, adapting their language, cuisine and arts to local conditions. This resulted in two distinct musical genres: Cajun, which utilises the accordion and fiddle in a two-step waltz; and Zydeco, upbeat stomping dance music created by an accordion and washboard (or frottoir) made of corrugated iron and worn like a vest. This latter style bears the influence of jazz, blues and rhythms of the Creoles, yet another cultural potpourri incorporating mixed-race free men, African slaves and Afro-Caribbean refugees. 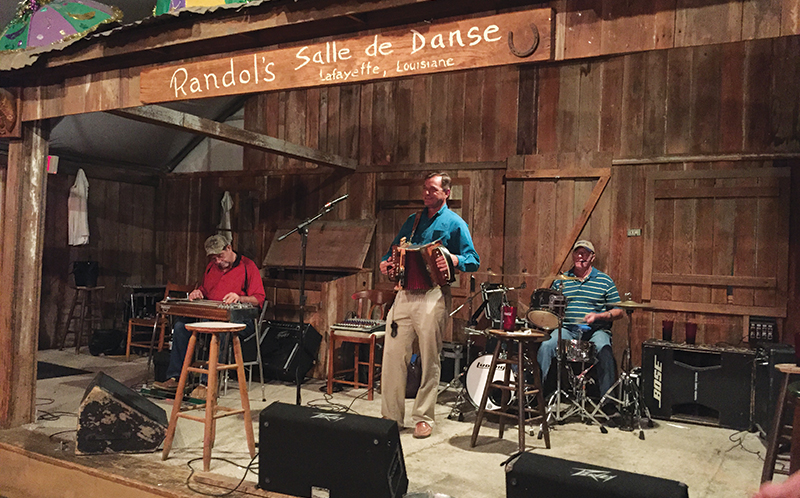 Which brings us to the pinnacle of the Americana Music Triangle – New Orleans. Jazz, soul, blues, rock’n’roll, Cajun – it all comes together in N’Awlins (as the locals call it), with hundreds of bars on rowdy Bourbon Street and beyond featuring live music of every genre. With go-cup in hand (New Orleans is one of the only cities in the USA that allows drinking on the street), the idea is simply to wander, allowing the music to guide you, to determine your experience of this wondrously vibrant city.

For purists, a visit to the beloved Presidential Hall is mandatory, an essential part of the story of New Orleans Jazz. This tiny, no-frills space – which opened its doors in 1961 to protect and honour traditional music – is filled to capacity every night, with the luckiest punters seated on cushions at the feet of the house band.

There are two performances a night at Preservation Hall, each lasting just an hour. But mark my words – during this time, you’ll hear some of the best jazz renditions in the world, a brilliant showcase for some truly remarkable talent. Pull up a cushion, and get those toes tapping!

As the jazz great Louis Armstrong said, “There’s only two ways to sum up music; either it’s good or it’s bad. If it’s good you don’t mess about it, you just enjoy it.” •

Touring There
Americana Music Tours offer 14-day, personally-guided tours of the American Music Triangle – an area stretching from Nashville to New Orleans to Memphis. The Triangle is recognised as the birthplace of nine different genres of American music, including Country, Bluegrass, R&B, Gospel, Rock & Roll, Jazz, Creole Zydeco, Soul and Blues. The next tour is on from 2-16 March, 2016. americanamusictours.com

The American Queen Steamboat Company has many tours in the south including a nine-day cruise on the Lower Mississippi River between New Orleans and Memphis. Follow in the footsteps of history on the American Queen, the largest river boat ever built. This cruise allows passengers to discover the romance of the antebellum era, the lively Cajun culture and battlefields of the Civil War. aqsc.com