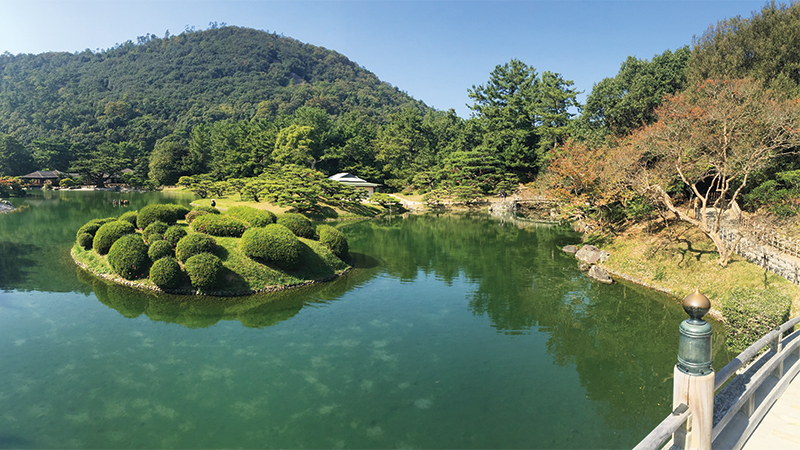 A land of hot springs and warm inland seas, swinging bridges and dance festivals, spiritual pilgrimages and cycling adventures, Shikoku will show you a slice of traditional Japan.

One of the four main islands that make up Japan, Shikoku is linked to the mainland by suspension bridges and divided into four prefectures; Tokushima, Kagawa, Ehime and Kochi. On the eastern side of the island, Tokushima Prefecture connects via the Akashi-Kaikyo and Naruto Bridges and is about two and a half hours’ drive from Osaka.

With a width of about 1.3 kilometres, the Naruto Strait connects the Pacific Ocean and the Seto Island Sea with drama revealed twice a day with the high and low tide. Created by the complex shape of the sea bottom, whirlpools up to 20 metres in diameter form under the bridge in the fast current. Big tides caused by the full moon make spring and autumn the best time to visit. You can view the whirlpools through underfoot glass panels from a viewing spot beneath the Onaruto Bridge or take a 30-minute Naruto Kanko Kisen sightseeing boat tour.

Japan’s most famous summer dance festival, the Awa Dance Festival celebrates the Awa dance which has a history of more than 430 years and attracts 1.3 million tourists every year to Tokushima City over four consecutive days in mid August. They dance to remember the dead and chant “The dancers are fools, the watchers are fools, both are so alike, why not dance?” During the day the dancing is inside but at night the dancing groups take to the streets in a continuous parade from 6pm to 10.30pm. Visitors can watch from seating platforms or some groups are open for everyone to join the fun. At Awa Odori Kaikan in Tokushima City you can see the dance performed in a double time rhythm and also join the dancers on stage. 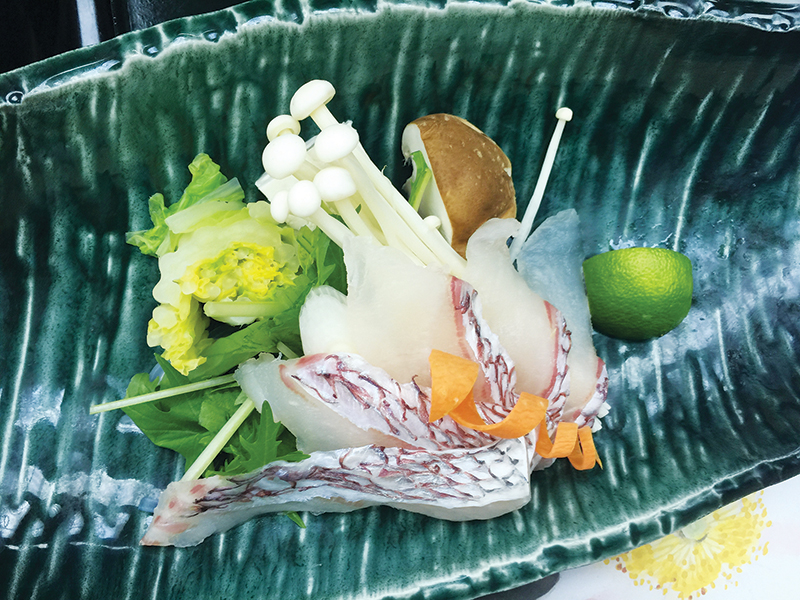 There’s no letting go when you’re crossing the 45-metre-long Iya-no-Kazurabashi in western Tokushima, otherwise known as the Vine Bridge. Constructed from vines and logs, the bridge spans a canyon with a river below. Legend says it was built by samurai who escaped to the area around 800 years ago and cutting the supports was a most effective way of deterring unwelcome visitors. The bridge sways as you walk across and you’ll feel like a samurai when you reach the other side. It’s remade every three years so you can be sure it’s safe to cross.

Takamatsu in Kagawa Prefecture is home to the Ritsurin Garden, a 75-hectare Japanese garden masterpiece that has been delighting visitors since the 17th century. Walk the paths and discover a different view at every turn. There are boat rides on the lake and matcha tea to try in the tea house.

This region is also known for its excellent udon noodles and there’s no better place to learn how to make them than the Nakano Udon School. It’s 90 minutes of rolling, folding, stomping and cutting. Making the dough from flour and water requires a bit of arm effort and then your legs do all the work as you dance away to pop music on top of the dough in a plastic bag. The class eats what they make and you’ll sit down at the table while your udon noodles boil in front of you and then tuck in. There’s more noodles for sale in the ground floor souvenir shop but you do get a recipe to take home.

The Shikoku Folk House Museum at Takamatsu will show you the traditional face of Japan with a trail that leads past 33 traditional buildings from bygone eras gathered from all over Shikoku. The dwellings include many different styles of family houses along with storehouses and work buildings, plus a lighthouse. 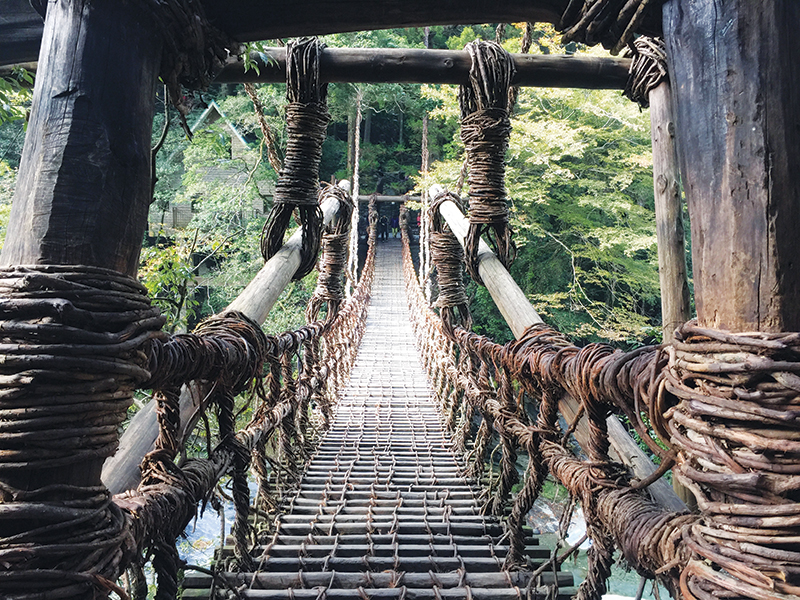 Dogo Onsen in Ehime Prefecture takes the claim of Japan’s oldest hot spring with a 3,000 year history. Rebuilt in 1894, the ground floor bath at Dogo Onsen Honkan is popular with locals while the third floor has private rooms which cost Y1,550 and include a yukata and tea with Botchan dango confectionary. You can walk around the streets in your yukata or dress up in an antique kimono from the rental shops near Dogo Onsen Station where there’s a free foot spa in front of the station.

Riding on the Botchan train replica steam locomotive through the streets of Matsuyama is a step back in time. The train captures the feel of a steam train from a novel by prominent Japanese writer Soseki Natsume and runs between Dogo Onsen and Okaido, the closest station to Matsuyama Castle every hour. Hop off at Ropeway Street which leads to the Matsuyama Castle cable car and chairlift station, and browse the wide selection of antique shops for well-priced vintage yukatas and kimonos to take home.

Rated one of TripAdvisor’s Best Castles in Japan 2014, Matsuyama Castle sits in the centre of the city of Matsuyama and dates from 1603. After a climb up some very steep stairs to the castle tower, you’ll be rewarded with 360-degree views. There’s also the opportunity to dress up in Japanese armour (included in your entrance fee). When the drum sounds at 9am on Saturdays, Sundays and national holidays, castle visitors can push open the heavy Ichinomon Gate.

Shimanami Kaido is a 70 kilometre expressway with nine bridges connecting six islands between Imabari in Shikoku and Onomichi in Honshu. The suspension bridges float over the water with a separate cycling path that offers far reaching blue water views. It’s easy travelling as the bridges are near flat but getting up via the curling graded bike path takes some effort. There are 15 bicycle rental stations along the route and you can start or leave your bike at any of them. It’s easy to break your journey with a swimming stop at a quiet beach, or a seafood feast where you’ll dine on fish caught in the clear waters you’ve just cycled over. There are even electric and tandem bikes available for those who want to take it easy. 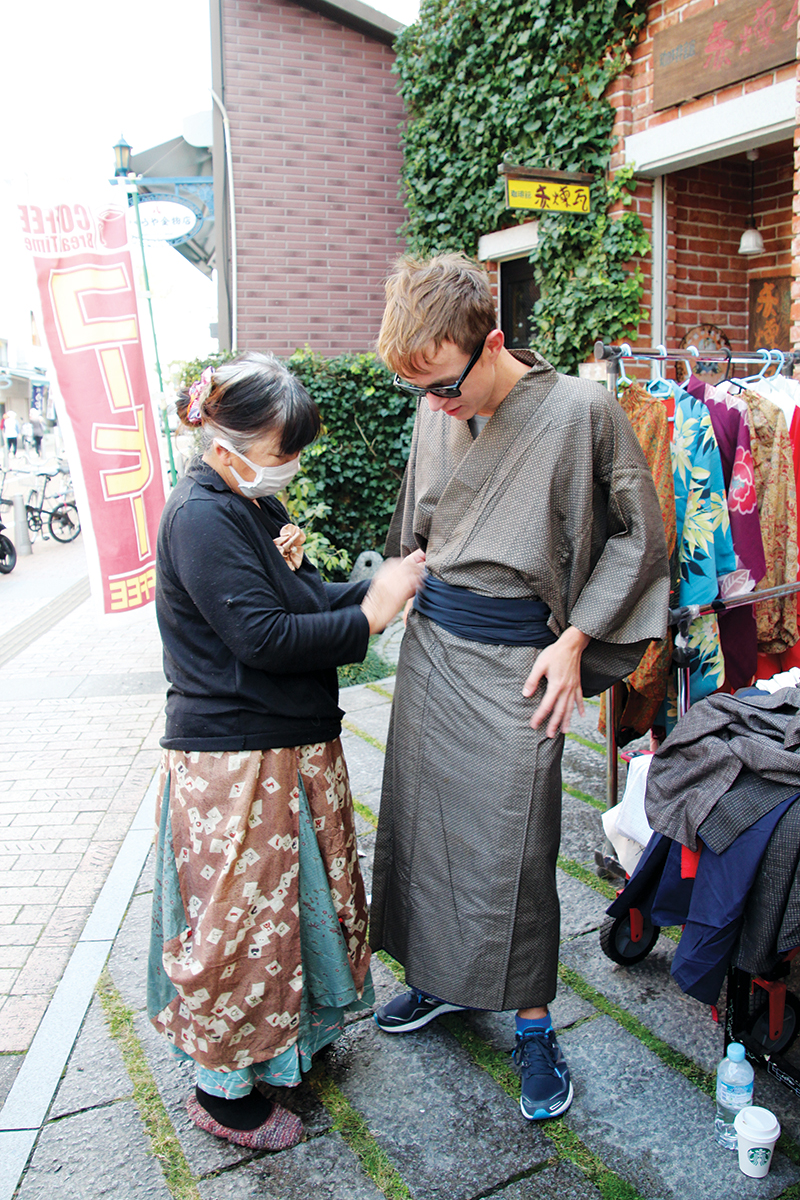 Enjoy the sights of Shikoku while reflecting on your life and change for the better on the Shikoku 88 Temple Pilgrimage. This circular route includes 88 temples where Kobo Daishi (774 – 835), one of the greatest figures in Japanese Buddhism, studied and trained. Travellers undertake the journey to receive blessings and religious merit. The total journey is around 1,200 kilometres and takes about 40 days to walk but it’s fine just to visit some of the temples. Once it was only a walking route but now pilgrims travel by bus, car or whatever method suits. They wear special white clothing and collect signatures and stamps from the priest at each temple.

While the bright lights of Tokyo and Japan’s northern ski fields are popular destinations for travellers, there’s a softer, more traditional side of Japan and plenty to discover in the less explored south.

Jetstar, ANA and Japan Airlines fly to Tokyo. It’s about a 60 minute flight with Japan Airlines or ANA from Tokyo and flights land regularly at Takamatsu, Kochi, Tokushima and Matsuyama. Trains from Honshu run from Okayama, and there are plenty of road entry points via one of the three bridges.

Getting Around
Hire cars on Shikoku should be booked ahead to ensure an English GPS. The area is also well serviced by JR train lines.
• europcar.jp
• jrpass.com

When To Go
This is a subtropical climate where winters are short and mild and summer is long and warm. Autumn (mid-September to November) is one of the best seasons to visit. Rainfall can be high from June to early September.

What To Do
• Hire a bicycle to travel the Shimanami Kaido Highway: sunrise-itoyama.jp
• Iya-no-Kazurabashi (Vine Bridge) is open from sunrise to sunset all year round and costs 550 yen to cross. It can be reached by bus from JR Oboke Station: miyoshinavi.jp/english
• The Naruto Whirlpool is a 30-minute boat cruise: uzusio.com
The whirlpools can also be viewed from a promenade under Ohnaruto Bridge: uzunomichi.jp/english
• Nakano Udon School: nakanoya.net/school
• Ritsurin Garden, located seven minutes’ drive from JR Takamatsu Station, is open from sunrise to sunset: ritsuringarden.jp/en.Top/en.top.html
• Shikoku Folk House Museum: city.takamatsu.kagawa.jp
• Awadori Kaikan has daily shows: awaodori-kaikan.jp (Japanese only)
• Matsuyama Castle is open daily: matsuyamajo.jp
• Shikoku pilgrimage: tourismshikoku.org/henro