Binge has recreated the Sex and The City apartment front in Sydney.

Have your very own New York moment out the front of Carrie Bradshaw’s famous apartment stoop in Pitt Street Mall this weekend only.

The Sex and The City apartment stoop is a pop culture icon in its own right. It set the scene for many unforgettable moments in the show including breaking up with Mr. Big with the best break up line ever: “You and I….NOTHING!”.

Carrie’s apartment stoop was the backdrop of several photoshoots of her designer outfits and was the setting of her various first kisses.

Its arrival in Sydney celebrates the new chapter of Sex and The City: And Just Like That now streaming on BINGE.

Have your own ‘Carrie Bradshaw’ moment

This weekend BINGE invites fans, old and new, to come down to Pitt Street Mall to take a snap of their very own ‘Carrie moment’.

Upload your snap to Instagram and tag @BINGE and use #Carriesstoop, to enter into the And Just Like That Stoop Challenge.

Too busy with Christmas shopping able to make it down to Sydney to visit Carrie’s stoop? Enter the competition by recreating your own piece of pop culture history via the And Just Like That Stoop Challenge. 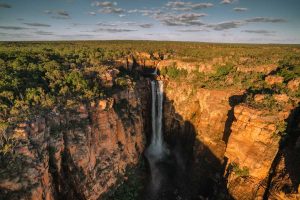 All fans have to do is strike a pose on their own staircase in their best SATC inspired fashion outfit, upload
it to Instagram, tag @BINGE and include #Carriesstoop.

The competition prize? Every entrant will go into the running to win a voucher to the value of $5,000 to start their
designer shoe wardrobe, that even Carrie herself would be proud of.

This isn’t the first time viewers are getting a chance to visit Carrie’s apartment. Airbnb recently had a special Sex and The City apartment listing with Carrie’s very own wardrobe.

A slice of history

Alison Hurbert-Burns, Executive Director, BINGE, said: “We are so excited to give Sex and the City fans their very own slice of one of the world’s most popular shows, with the arrival of Carrie’s famous stoop in Sydney.”

“Like many fans, I’ve been re-watching the original show ahead of the new series – And Just Like That… which premiered last week, and continues streaming with weekly episodes on BINGE.”

It’s been more than 20 years since Sex and The City debuted on our screens and it’s still got viewers hooked with the latest series becoming Australia’s newest streaming obsession.

SPOLIER ALERT: If you haven’t already started watching the new series you’re in for some huge shocks. The first episode saw the controversial exit of a major character and has divided fans.

And in last night’s Episode 3 (16 December) of And Just Like That…, Carrie moves back into the apartment she called home for many years.

You can watch Sex and The City: And Just Like That now on BINGE.