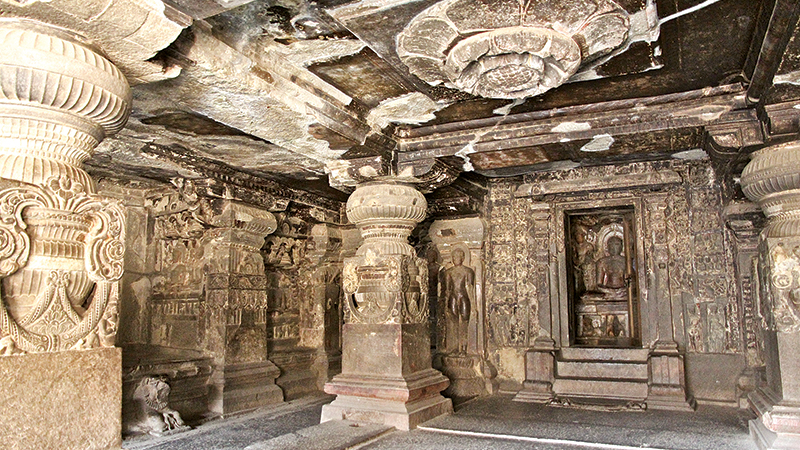 I’ve come to Mumbai because I’m in love with a local. His name is Sartaj Singh …. I’ve come to hear his voice, spiced with that ‘terrible Panju’ (Punjabi) accent – his ex-wife used to tease him about.

The fact that Sartaj is a fictional character in two of Vikram Chandra’s books (Love and Longing in Bombay and Sacred Games) does not detract from the fact I expect to see him on his motorbike, throbbing his way through Bandra or the Marine Drive. I scour the crowds looking for aviator sunglasses, a neatly-tied turban and impeccably creased trousers. Looking for him I go to Chowpatty Beach at sundown where young lovers meet to share vanilla ice cream and sugary kisses. Explore Malabar Hills where the wealthy live. Contemplate mortality at the Tower of Silence where the formerly free ranging, corpse-eating vultures are now kept in cages, only to be released when a member of the Parsi community – followers of the Zoroastrian faith – is ready to be recycled into the wheel of life. The Hanging Gardens are full of roses and I wonder if leopards roam here at night as they do at the Sanjay Gandhi National Park (within the Mumbai city limits) where as recent as August 2015, leopards have perpetrated four attacks in the periphery, mainly targeting pet dogs kept at luxury villas with big lawns.

From the Sun-n-Sand Hotel, I take a stroll on Juhu Beach, the Bondi of Bombay. Sipping from a fresh coconut at sundown I watch local girls walking their dogs in trendy tight jeans; elderly couples going for a constitutional; groups of women in colourful saris minding small children; coconut and char-grilled corn vendors setting up their stalls…

Bollywood, the big income earner of the region, is never far away. The sea front area of the hotel has filming crews getting ready for a shoot. On my floor, several rooms are taken by make up artists, doors open for easy access. The smell of hair spray and hot curling thongs mingles with that of espresso coffees being delivered to the crews and cast in fancy dress. 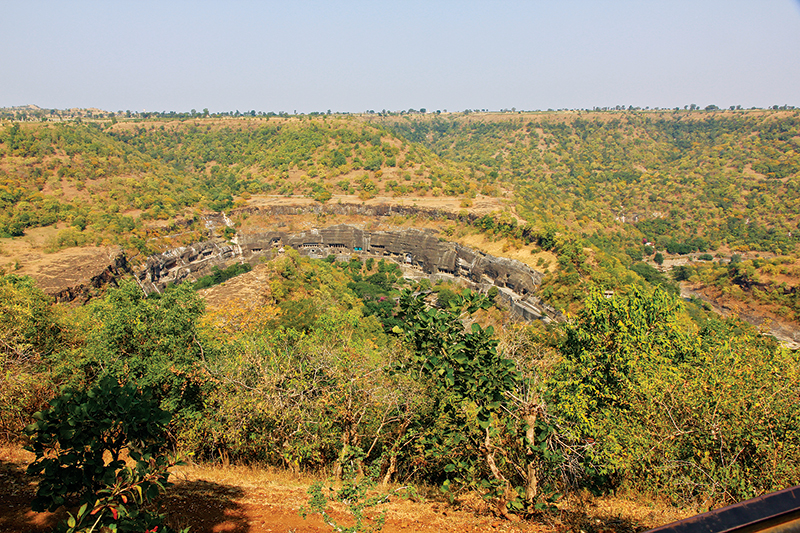 At the heart of colonial Bombay, I spot a few dabbah-wallahs (or tiffin-wallahs), part of an army of some 5,000 men in starched white shirts and Nehru caps, who still deliver lunches on their old fashion bikes to thousand of office workers. Most of them come from the same village near Pune and are related.

Careening over the spectacular eight-lane Sealink Bridge – a futuristic structure suspended over the ocean linking Bandra to Worli – I end up at the dhobi-wallahs enclave where a few men still toil over the city’s dirty laundry but not before passing through an entirely new city hub built on reclaimed land. This is the new India: dreamt by Indians and built by Indians.

By the end of my “Bombay Darshan” as the locals call it (traditionally darshan is the auspicious sight of a holy person or site, bestowing merit on the person who sees it) I give up looking for my beau and hope instead Vikram Chandra will feature Sartaj in at least one more book.

Mumbai also happens to be the gateway to the ancient rock-hewn temples of Ajanta and Ellora. Both UNESCO world heritage sites, they are only a 45-minute flight to Aurangabad, the preferred base from where to explore them.

This was tiger country once and it was in the 19th-century when a British tiger hunt party re-discovered the fabulous temples of Ajanta by chance, strangled as they were by a jumble of jungle greenery.

Buddhist monks had settled in this perfectly horseshoe-shaped valley in the 2nd-century BC and for the following 200 years carved, sculpted, and painted. Close to an important intersection of caravan routes, the monastic enclave thrived. When caravan routes moved location, temple construction ceased. 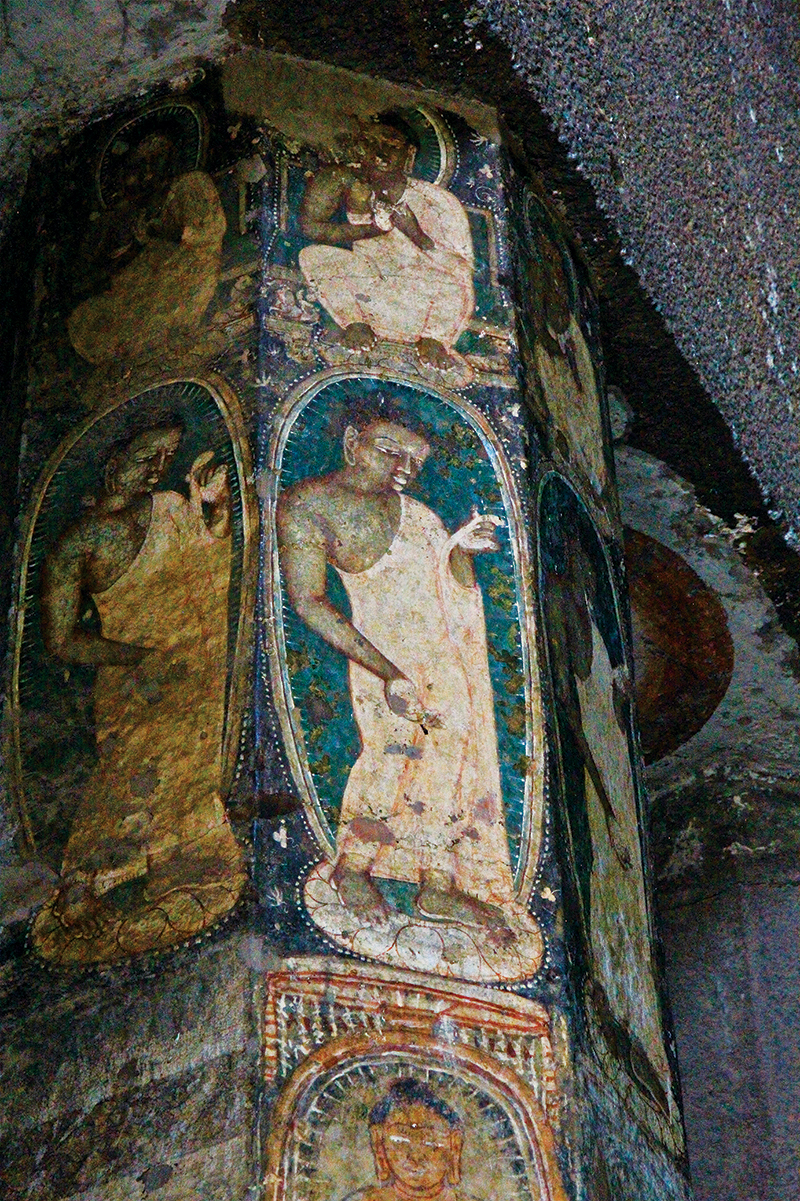 Ajanta is an entirely Buddhist temple and living quarters complex carved out of sheer rock. The interiors of the colonnaded temples are decorated with exquisite paintings done on plaster applied to the rock and left to dry. The most remarkable surviving painting is that of a Bodhisattva by the name of Avalokiteshvara (Lord who looks down with compassion.). Bodhisattvas are enlightened beings who are destined to become Buddhas but postpone the privilege in order to help humanity.

The Ellora temples, west of Aurangabad, represent three faiths: Hindu, Jain and Buddhist. One Hindu temple in particular is of such complexity, it has led some to speculate it was built with the help of extra-terrestrial intelligence. How else could anybody in the 8th-century carve out of sheer basalt rock the Kailash Temple, some argue? This masterpiece of ingenuity was hewn from the top down by cutting a three-sided wide trench. The remaining giant monolithic cube in the middle was carved out to produce a whole citadel of monuments. What means of calculation were necessary to visualize the finished oeuvre? There are flying bridges linking the three different sections; twisting steps; the sanctum (highly decorated and painted with a few delightful erotic scenes – after all it is dedicated to Lord Shiva); two external giant monolithic flagpoles and two massive freestanding elephants. Carvings of exquisite workmanship decorate three sides under the naturally overhanging cliff. The one that stands out, depicts a shy Parvati marrying Shiva. She twirls her big toes in sweet embarrassment at having got the position of their hands wrong while Shiva has a hand on her shoulder in a reassuring manner. All these plasticity, warmth and dynamics carved out of cold, hard stone… 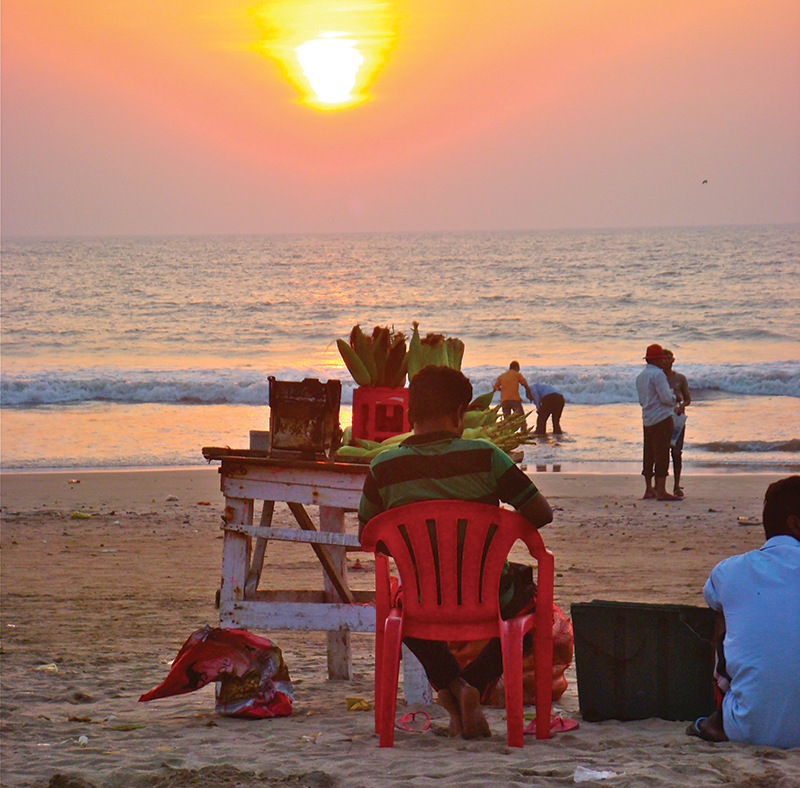 On another carving, Lord Kama (god of love) is shown together with his consort after the consummation of their union. Their bliss is obvious, represented by the sweetness of a sugar cane growing between the two of them. And finally to my surprise and puzzlement, there is a carving of Annapurna (mother goddess) holding an ear of corn (maize). Did corn not come from the Americas in the early 16th-century, we thought? Or is this yet another Euro-centered myth? Some scientists have concluded corn did exist in India before the discovery of the Americas after finding similar depictions in different parts of India.

Air India flies daily to Delhi from Sydney and Melbourne. These are the only direct flights from Australia. airindia.com

Touring Around
• A guide and a car are essential to go to the caves and can be arranged with Amigo Travel Maharashtra. amigoo.co

• My guide, Mr Ram Ji, was not only knowledgeable but having a radio and theatre background made my day by chanting Hindu and Buddhist mantras at the ‘Carpenter’s Cave’ (Ellora) which has marvellous acoustics.

• Your trip to the Ellora caves will include a visit to the practically un-impregnable Daulatabad Fort (12th-century).

• If you cannot go to Aurangabad to visit Ajanta and Ellora, take the very pleasant ferry ride to the Elephanta Caves departing from the Gate of India. The architecture is similar in a much smaller scale.

Where To Stay
Mumbai
The Sand-n-Sun Hotel on Juhu Beach is a 5-star hotel on the north side of the city and near the Hare Krishna Temple where Govinda’s Vegetarian restaurant is located. Highly recommended by locals. sunnsandhotel.com

Aurangabad
The 5-star Rama International Hotel in Aurangabad is a sleek, green oasis from where to explore the Ajanta and Ellora caves. welcomhotelrama.com