On a recent trip to New Zealand’s beautifully wild South Island, Vacations & Travel magazine designer and photographer Trish Graf, captured the region in all its beauty. Here, she shares some of her favourite shots. 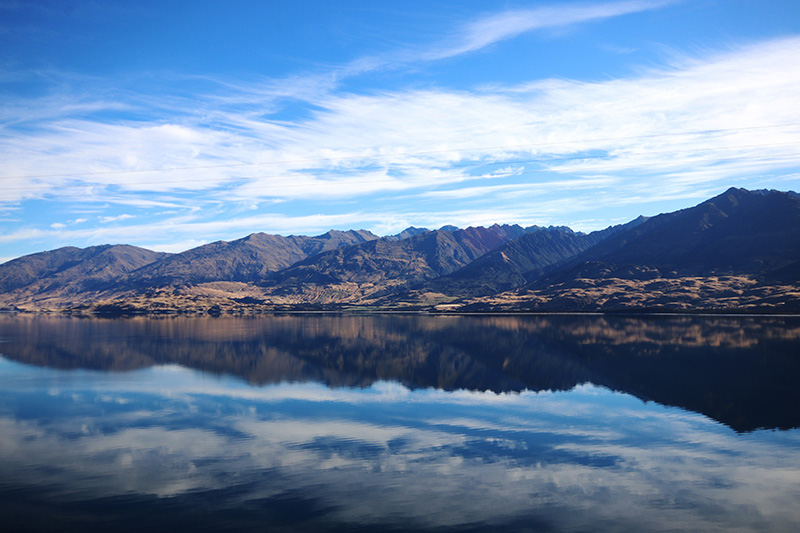 Autumn in New Zealand makes for pleasant, if at times fresh, touring weather. Plus there’s always the chance of a drop in temperature, which is often enough to dust off those already spectacular mountains with fresh snow caps.

Over two weeks, we made our way through several of the South Island’s regions – enjoying the beautiful cities of Christchurch and Dunedin, across the Canterbury Plains to the lush West Coast, then taking the Haarst Pass through to the lakes of Wanaka, Hawea and on to Queenstown for more awe inspiring scenery. 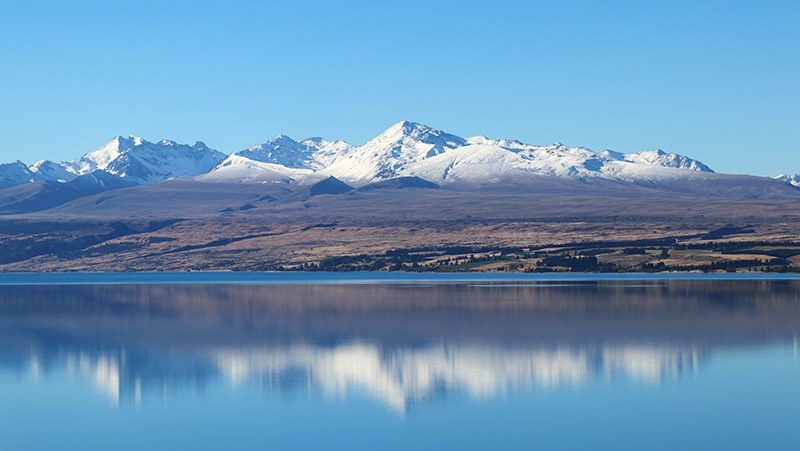 The rolling farmland, countless sheep, and windswept coast of Southland led us back across to the east side and Otago where we spent a day cycling the Otago Rail Trail through an autumnal landscape of farm and grazing lands. On the Otago coast, the towns on Moeraki and Oamaru realised the promise of savouring fresh local produce, seafood, cheeses as well as getting up close and personal with local seals and yellow eyed penguins.

New Zealand touring is easy driving, manageable distances with plenty to stop for along the way and frequent townships. We broke up our touring with scenic walks to waterfalls and lakes, day hikes to glaciers through forest and along rivers, and a valley tramp to get to some of those spectacular mountain scenes.

On our final stretch to visit Aoraki/Mt Cook and the stunning surrounding lakes, we stopped overnight in the small town of Omarama, which became memorable for the midnight awakening to an air raid siren. My first thought was that Trump had gone and done something major. Emergency vehicle sirens then sounded and streamed through the town. A google-search resettled me by turning up “Tips for travelling in New Zealand”, the first tip was that when travelling through small towns, do not be alarmed by the sounding of air raid sirens – local fire departments are volunteer-based and in an emergency, the volunteers are called out this way. In any case, if Trump had started something, New Zealand would be the place I’d want to be. • 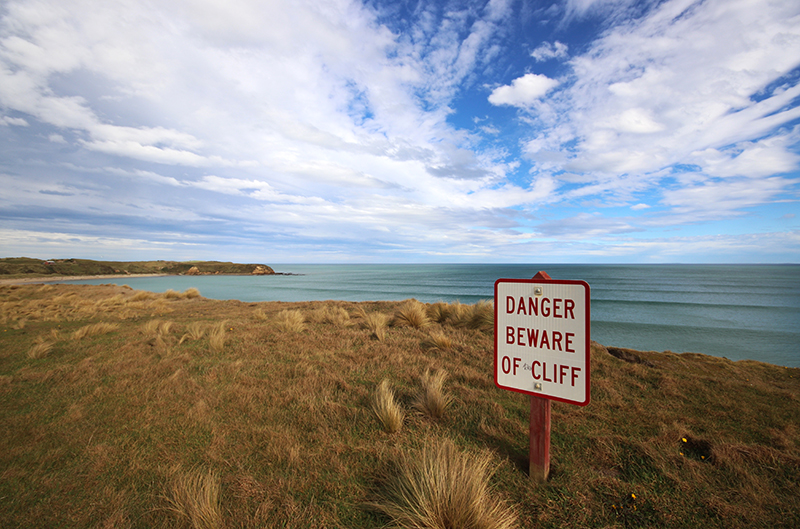 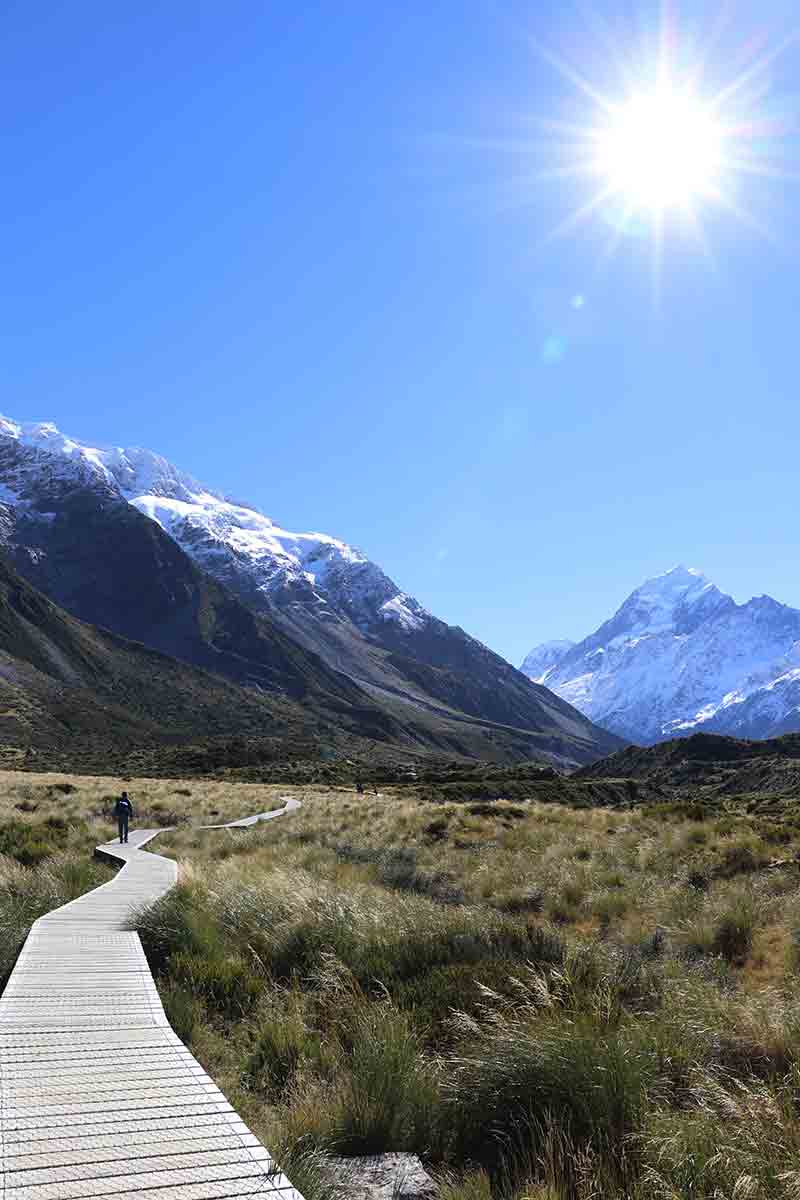 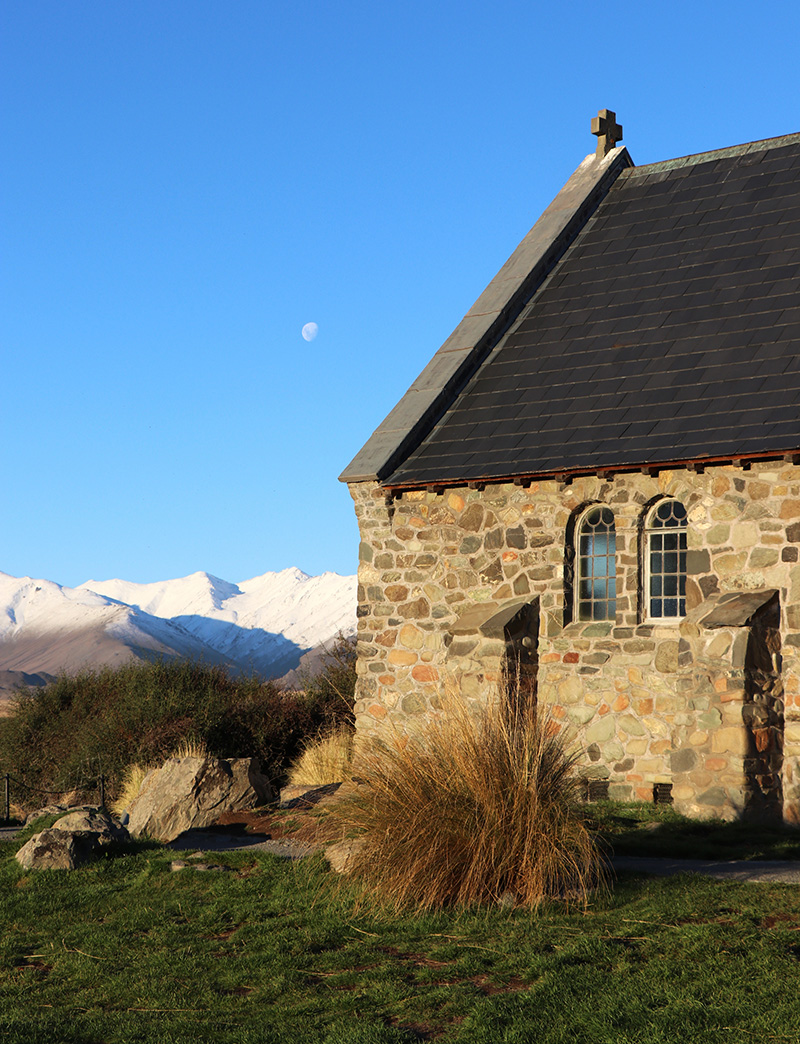 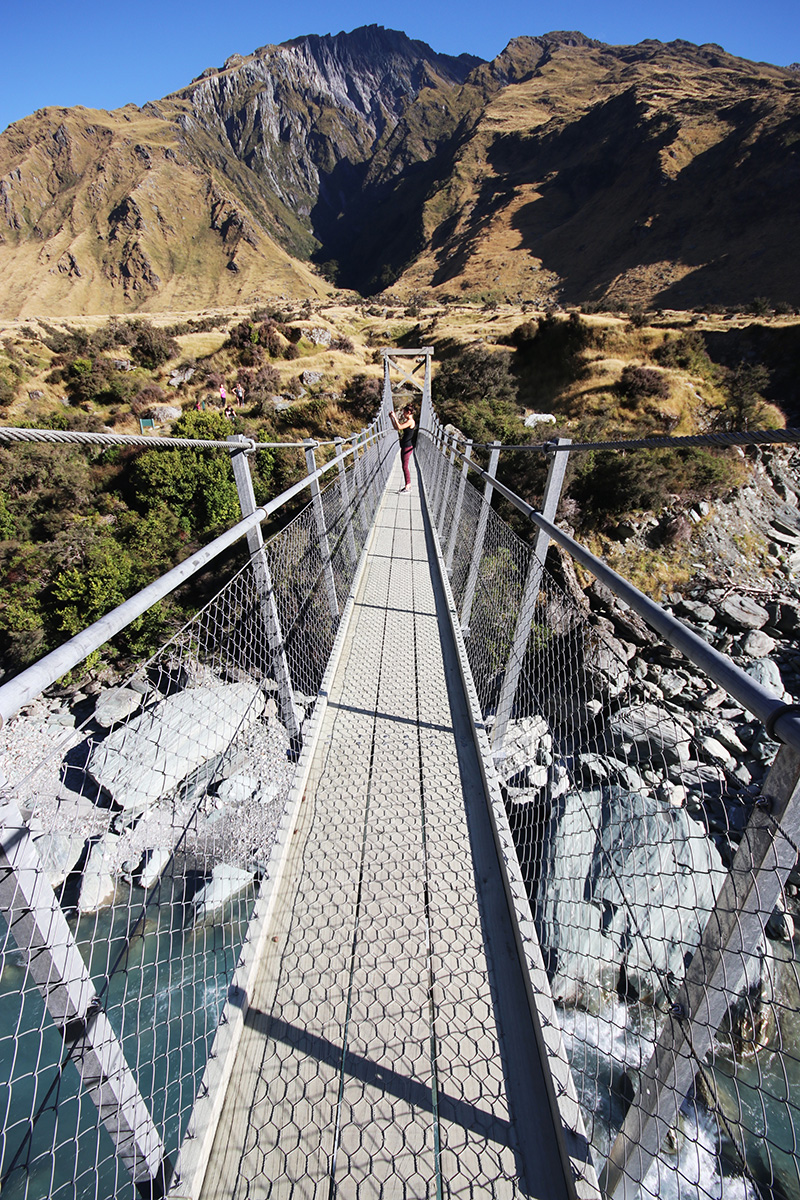 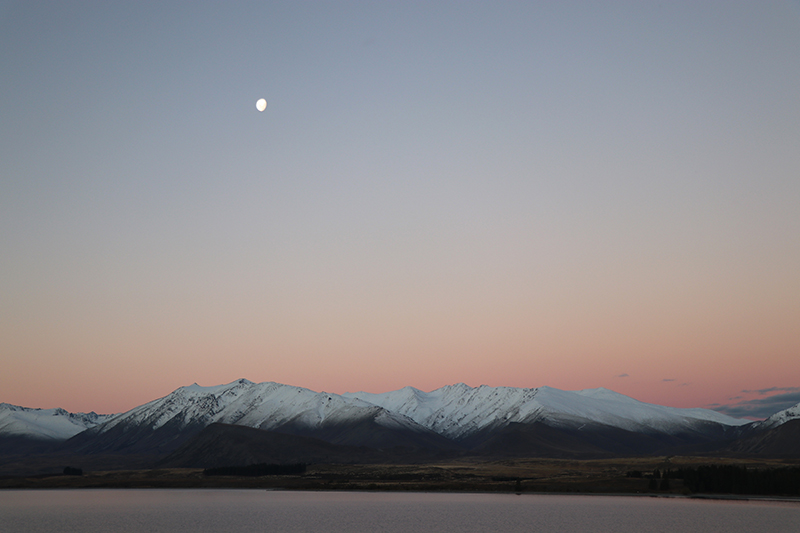 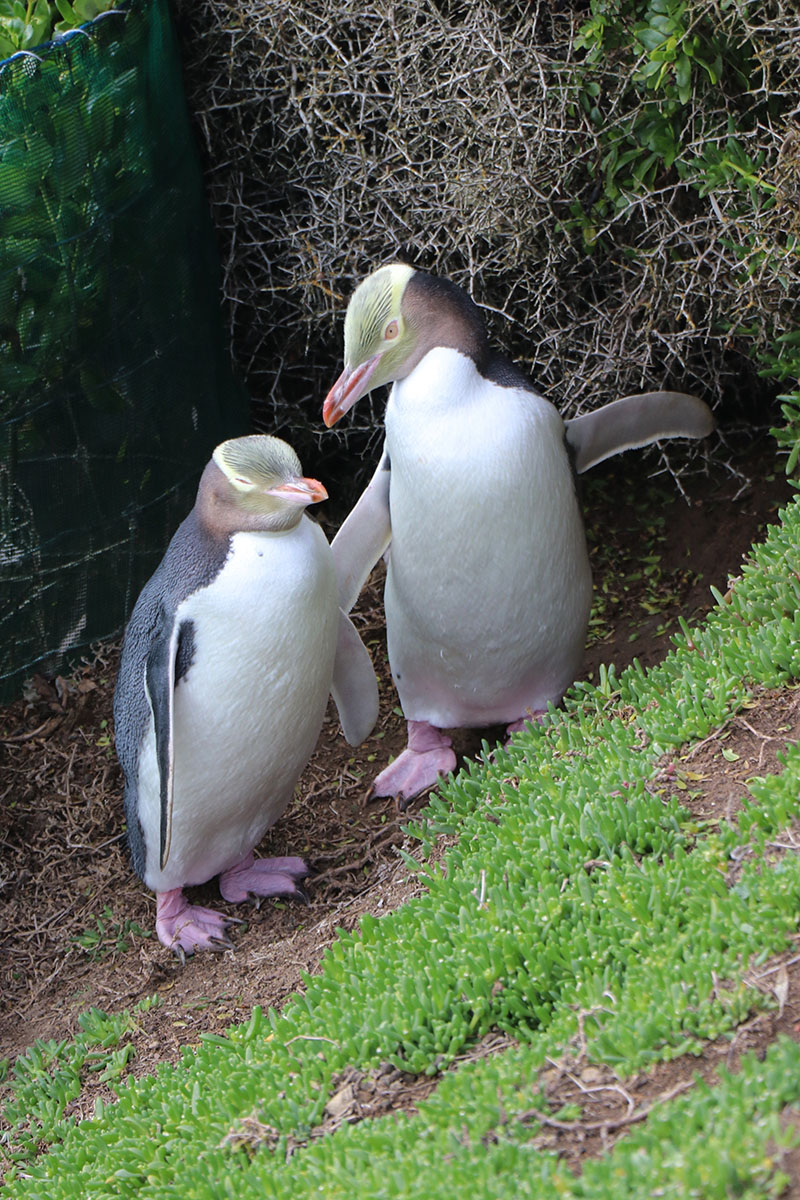 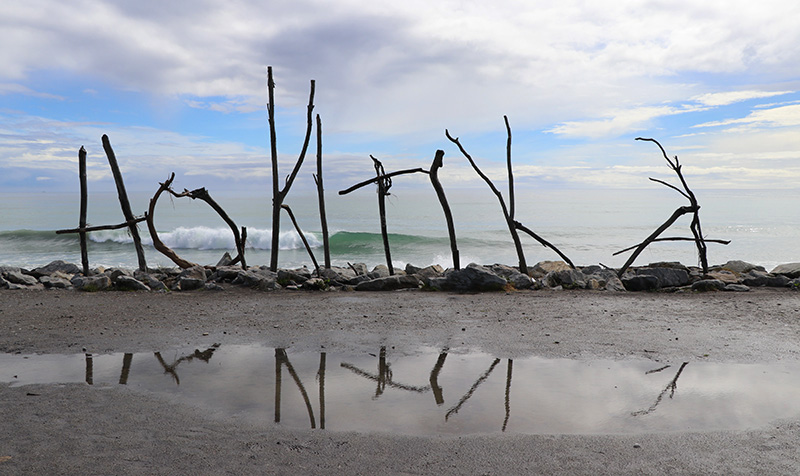 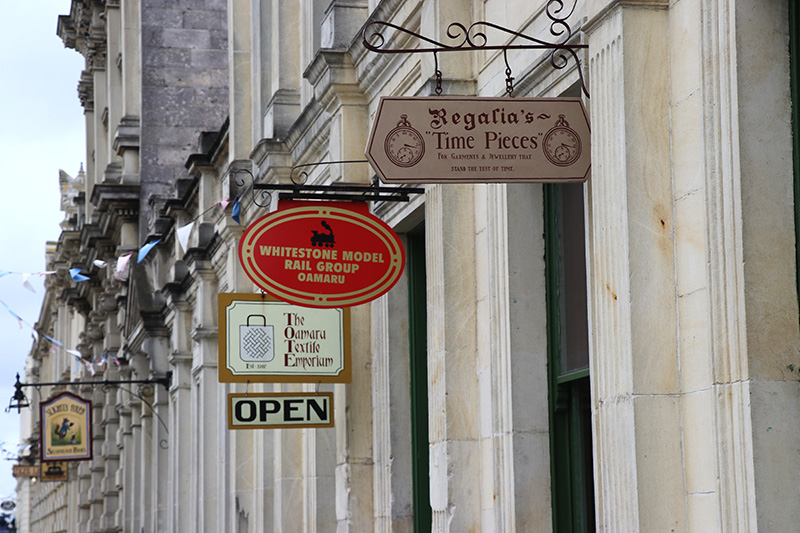 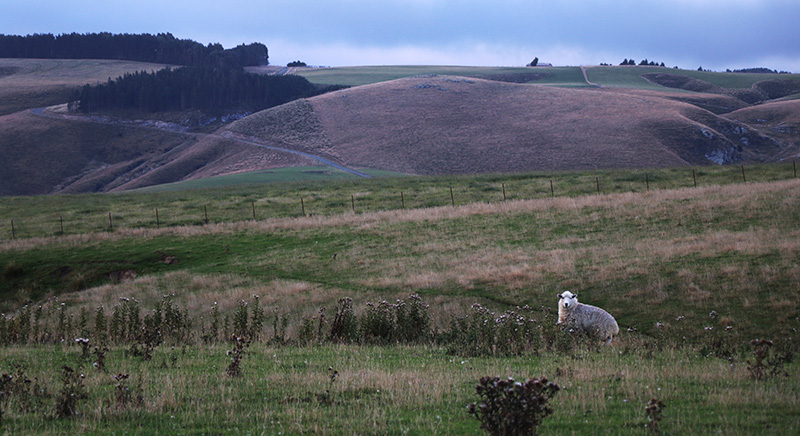