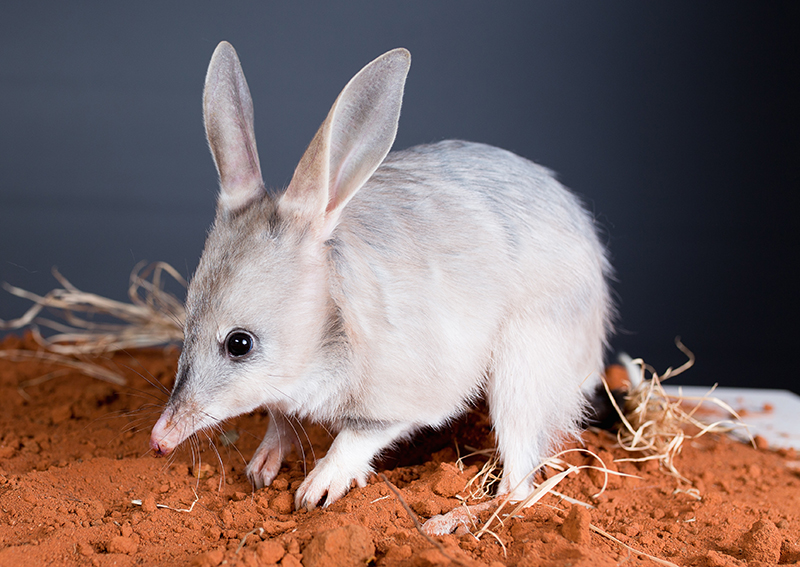 “The Save the Bilby Fund was established in 1999 by senior zoologist Peter McRae and former National Parks’ ranger Frank Manthey OAM (‘The Bilby Brothers’) who ran a national appeal to fund and construct a 25-square-kilometre fenced safe haven for the greater bilby on Currawinya National Park in southwest Queensland. The fence was officially opened in 2003 and captive-bred bilbies were first released in 2005.

The greater bilby is a nocturnal, omnivorous marsupial and a member of the same order as the bandicoot family. In fact, the bilby is the last remaining relative of arid bandicoots left in Australia following the extinction of the lesser bilby in the 1950s. Fossil remains of the bilby’s ancestors have been discovered dating back more than 15 million years. The bilby was once widespread, occupying about 70 per cent of Australia; they are now found in small areas of Queensland, Western Australia and the Northern Territory. With a gestation period of just 12–14 days, the bilby is one of the fastest breeding mammals on Earth; they raise their young in a backward opening pouch and usually have two young per litter and occasionally three. Bilbies live in burrows that can extend two metres underground and are superbly adapted to Australia’s harsh climate and arid interior as they don’t require access to free running water to survive. 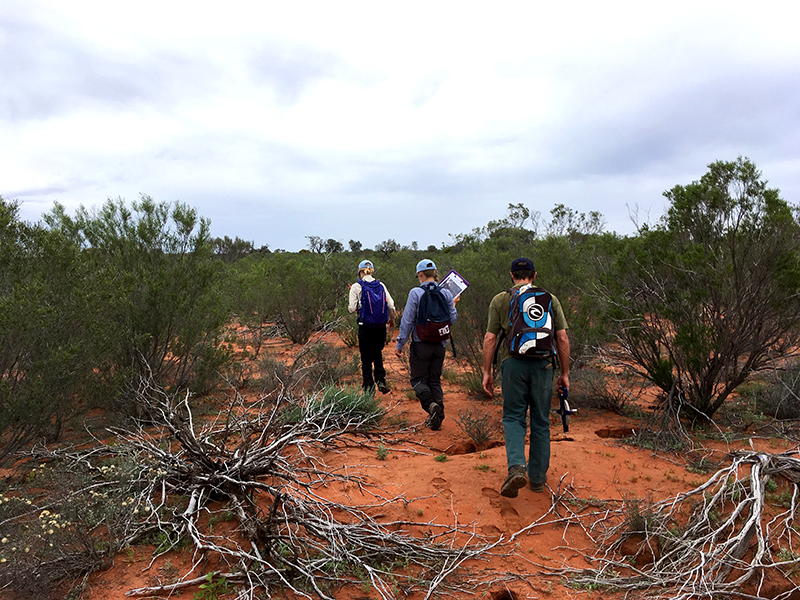 The bilby is listed as endangered in Queensland where as few as 400 animals might remain in the wild at the lower end of the animals’ boom/ bust cycle, which occurs with many Australian native species due to our harsh climate and seasonal variation. The species is listed as vulnerable in the Northern Territory and Western Australia. The primary threat to the survival of the bilby has been the introduction and establishment in the wild of non-native predators including the red fox and feral cat that have decimated bilby numbers and caused the extinction of many other native species. Competition with introduced European rabbits that compete for food and resources, over grazing and changed fire regimes have also contributed to the decline in bilby numbers. Sadly, Australia has one of the worst mammal extinction records of any developed nations on Earth with 30 species made extinct in the last 200 years. 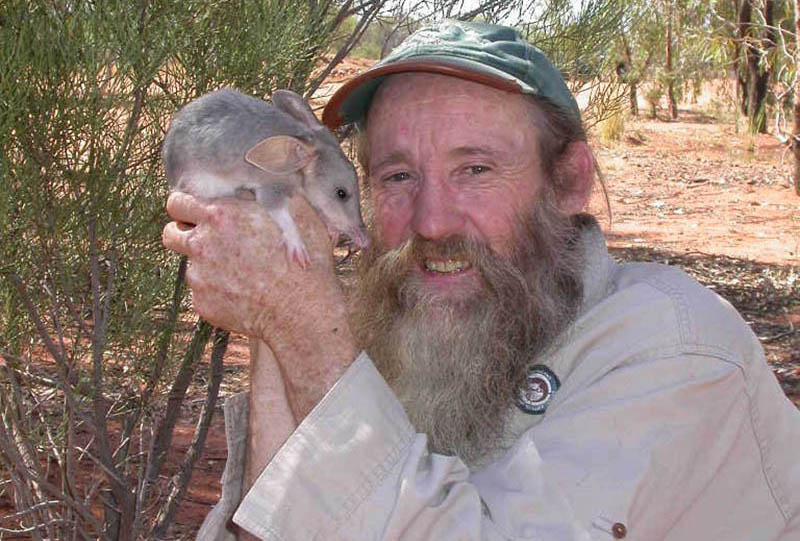 I was introduced to Frank Manthey (Co-founder STBF) when I was employed as Dreamworld’s general manager, Life Sciences. I was captivated by his passion and vision to save this little-known but none-the-less iconic Australian species that faces the same threats as many other less charismatic species in the Australian Outback. If we save the bilby we will also be assisting many other animals that face the same challenges and risk of extinction without our help to rectify some of the mistakes we have made as humans that have had such a negative impact on our unique fauna and magnificent landscape.

Throughout more than 25 years working in the zoological industry I was lucky to have been given insight into the plight of many of our native species and engage an audience by developing an understanding and empathy in people about the need to conserve our precious animals and landscape for future generations of Australians to enjoy just as we have been so lucky to do. I firmly believe we are custodians here for a very short period of time and we owe it to our children and grandchildren to care for our environment and the animals we share it with.

Everyone can help save the bilby. 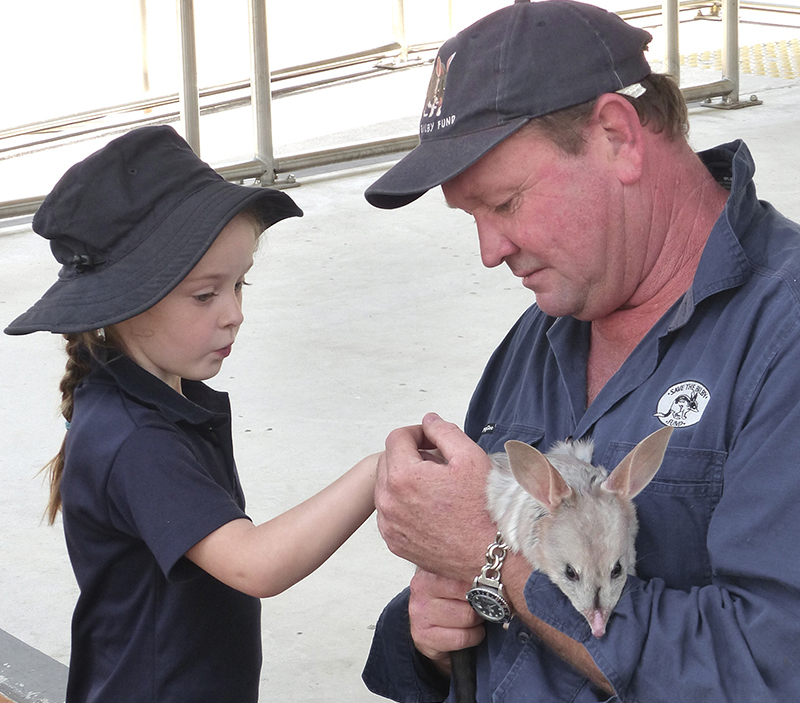 The Save the Bilby Fund is a registered charity that receives no recurrent government funding and relies on the generosity of everyday people to support our work. People can support us by buying ‘bilbies not bunnies’ at Easter time. Look for bilbies that display the Save the Bilby Fund logo. People can also visit our Charleville Bilby Experience in Charleville, in southwest Queensland. The Charleville Bilby Experience is the shopfront for the Save the Bilby Fund and is located at the Historic Charleville Railway Station, which runs educational shows and has bilbies in a nocturnal display. We also offer the opportunity for up-close-and-personal experiences where people can meet one of these seriously cute animals, along with our passionate presenters and volunteers that support our important captive breeding program and facilities in the town. People can also join one of our Citizen Science: Bilby Tracks Program trips to Currawinya National Park to assist our fieldwork and conservation support.

We can Save the Bilby – it can be done. You can donate direct through the website, buy chocolate bilbies with the Save the Bilby Fund swing tags at Easter, buy bilby merchandise online, or see the bilbies in their own backyard, by visiting the Charleville Bilby Experience.”