Deep in south Texas, San Antonio is a vibrant oasis. 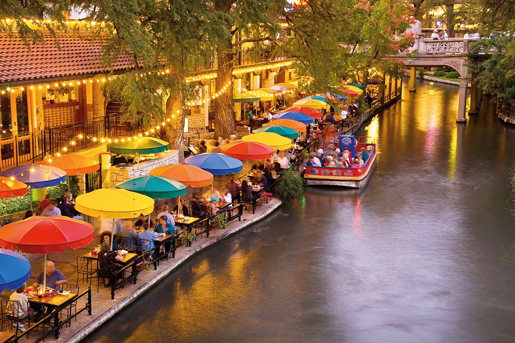 If you have never visited San Antonio, chances are, you will never have heard of Robert H. Hugman. However, if you have ever been to this lively Texan town, you are probably convinced that Hugman was a genius. Back in the 1930s, this local architect had a revelation that changed his town forever.

For years the San Antonio River, once the lifeblood of this trading town, had been largely ignored as it ran through downtown, several metres below street level. Hugman realised that the river was, in fact, San Antonio’s greatest asset.

He persuaded the city to develop the River Walk, a five kilometre stretch of boardwalk and gardens lined with bars and restaurants that changed the way locals used their city. The tree-lined River Walk proved the perfect place to escape the traffic and the Texan heat, a hidden playground for locals of all ages.

Since then, the River Walk has continued to grow. Today it covers 15 miles, and is the best way to explore San Antonio. Barges regularly travel the length of the river, but the well-maintained paths are perfect for strolling. 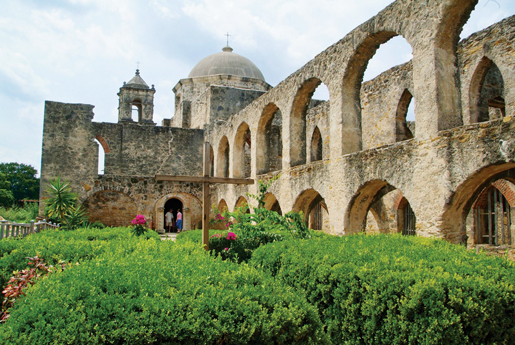 Start by heading north. A half-hour walk will take you to the Museum Reach, where you will find the superb San Antonio Museum of Art. If you get thirsty along the way, stop in at The Luxury, a riverside getaway made out of two shipping containers. It’s a popular place for locals, who enjoy kicking back by the river without the crowds that often fill the downtown section of the River Walk.

It’s hard to miss the museum, housed in the former Lone Star Brewery. Walk in under the spectacular Dale Chihuly-designed roof of glass flowers, and then decide where you want to start. That’s harder than it sounds. There are artefacts from ancient Rome and Egypt, including a complete mummy; a pre-Colombian art collection; and an Asia and Pacific gallery that includes some exquisite Buddhist sculpture. The collections of European and American paintings include works by van Gogh, Cezanne, John Singer Sargent and Jackson Pollock.

From here, head north again towards another renovated brewery, The Pearl. You know you’re getting close when you see the flying fish. The 20-odd fibreglass fish, the work of sculptor Donald Lipski, float above the water by the overpass at Camden Street. They are the most charming of the series of artworks that enlivens the River Walk, particularly at night, when the glowing forms seem to swim against the lit-up silhouettes of downtown.

From here, it’s not far to The Pearl. The brewery was one of the city’s major employers until it closed down in 2001; now it’s become one of the city’s most buzzing dining destinations. The impressive buildings, including an incredibly ornate stable, give the area a village feel complete with offices, housing and shops (including an excellent Mexican kitchen store, Melissa Guerra). A Kimpton Hotel is due to open later this year.

However, it’s the bars and restaurants that are really drawing the crowds. There’s an outlet to suit every mood, from La Gloria, which offers Mexican street food, to The Granary ‘Cue and Brew, known for its clever take on traditional Texan barbecue. Just about anything on the menu – such as a smoked beetroot salad featuring beets prepared five ways – is best enjoyed teamed with the home-made beer. 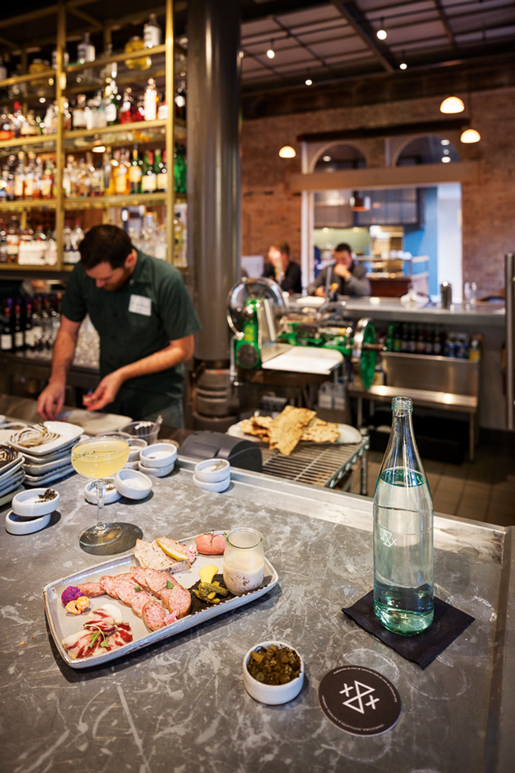 Another standout is Cured, where chef Steve McHugh hand makes everything from bread to charcuterie to pickles. The restaurant is housed in the spectacularly-restored building that once housed the brewery’s administration. The vault has been repurposed as a wine cellar, while the men’s bathrooms feature an old desk repurposed as a vanity.

Once you’ve explored the northern reaches of the River Walk, it’s time to head south. This is a great way to access the city’s elegant Spanish colonial missions. The largest of these, San Jose, is particularly impressive: a large compound in which Spanish priests lived, worked and prayed to God.

San Antonio’s most famous mission, of course, can be found in the heart of downtown. There’s not much left of the Alamo, now best-known as the setting for a doomed battle in the Texans’ fight to be free of Mexico. All the defenders of The Alamo were slaughtered by the Mexican army, which had vastly superior numbers. However, the rallying cry of “Remember the Alamo!” led the Texans to victory in the Battle of San Jacinto, in which they won their independence.

The building is kept largely as a shrine, and it is hard to imagine the furious battle that took place here. To get a better understanding, walk two blocks to the brand-new Briscoe Western Art Museum, which celebrates the art and the people of the American West. Amid the fascinating photographs of Native Americans and interesting collections of artefacts, including a replica stage coach, you’ll find a diorama of the battle of the Alamo that instantly makes clear what happened, as well as first-hand accounts. 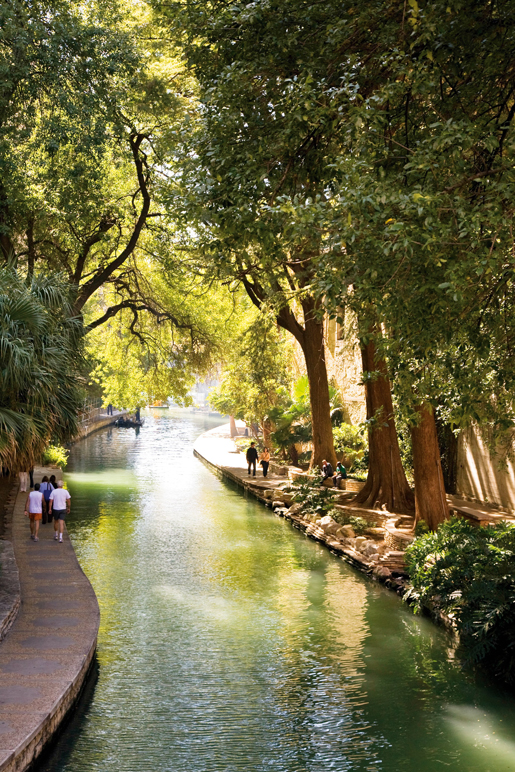 Despite that long-ago declaration of independence, Mexico is still very much in the town’s blood. From El Mercado, the largest Mexican market in the United States, to the colourful murals that enliven the West Side of San Antonio, this city has a definite Latin vibe, not least when it comes to food.

Tex-Mex flavours are everywhere in town, but if you want to try San Antonio’s unique take on guacamole – which includes tomatoes, Spanish onions and cilantro, and is made at your table – head for Boudro’s on the River Walk. Another San Antonio specialty is the puffy taco. Ray’s Drive Inn on the West Side is the place the locals go to enjoy this treat. And don’t forget to stop in at Mi Tierra, a sprawling bakery and restaurant that is open 24 hours a day and feels like a permanent party, thanks to its colourful lights, piñatas and murals.

Getting There
Qantas operates daily services to Dallas from Sydney on Boeing 747s, with connecting flights to San Antonio with codeshare partner American Airlines. qantas.com

When to Go
San Antonio is at its most appealing in spring (March-April) and autumn (September-October). Consider timing your visit to coincide with one of the major festivals, such as the Stock Show & Rodeo in February, Contemporary Art Month in March, or the Fiesta in April.