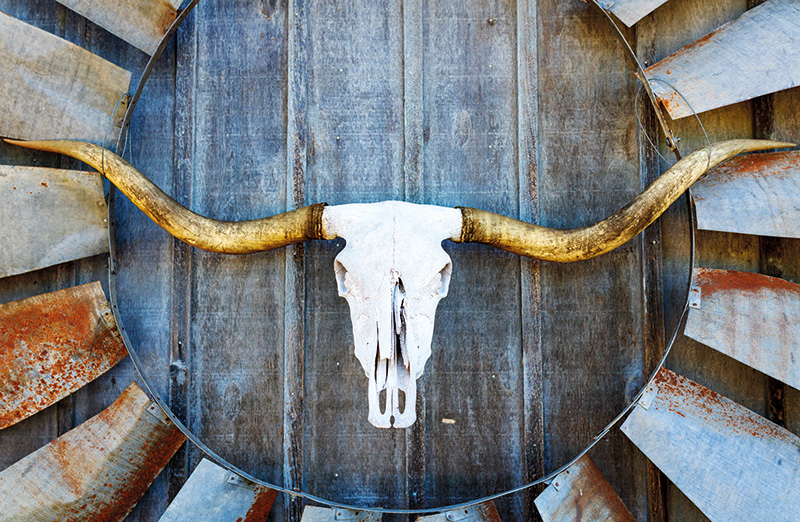 A sign outside the First Baptist Church on Highway 16 says, ‘Jesus died for us.’ Over its glass display, someone has sprayed another message, ‘Don’t Mess With Texas!’ Yes, I’m in the heart of the Lone Star state driving through the ‘Hill Country,’ a tranquil pocket of undulating farmlands, weekend nooks and sprawling ranches, where in the spring, there is a striking profuse of sweet-smelling bluebonnets, fattened fillies and Longhorn cattle, and spring-fed streams that flow on a steady course into San Antone’s river – or San Antonio to the uninitiated. My favourite city east of the Pecos and west of New Orleans; a sprawling metropolis that is interspersed with old Spanish missionaries, museums and a serene riverfront. It was here that a symbolic battle played out in Mission San Antonio de Valero’s backyard on a cold winter’s day in 1836.

One of San Antonio’s greatest assets, the Alamo, is also the most visited in Texas. Then there is the city’s Spanish pedigree – the composed missionaries and San Fernando Cathedral, the oldest church in Texas, as well as San Pedro Park – the oldest state park and one-time prisoner of war camp during the Civil War. But there’s no escaping the emotional undercurrent of the city’s illustrious monument; walk the streets of downtown, and the ghosts of the Alamo loom everywhere.

It’s a place you see in old postcards and history books, but to see it in the flesh, the Alamo takes on a new meaning, and any understanding of the emotion behind it begins here.

“To us Texans, the Battle of the Alamo was the singular most important event of this great state,” affirms John Turner, a retired IT engineer from Dallas (now a ‘cedar chopper’ on his own ranch as he describes himself), who has come to the famous landmark with his recreational Harley Davidson group to pay his respects.

Though it is only early morning; the herringbone sky still tinged with cerise-coloured clouds and a drowsy sun, I already feel the stirring sentiment of the other bikers who have joined Turner on his pilgrimage. By mid-morning, the Alamo is overrun with a new generation of foot-soldiers; tourists both young and old. Not surprisingly, I single out the Texans from the crowd.

“Everyone just comes to pay their respects to the Texas volunteer soldiers who fought to the bitter end. This was our war; our break for independence from Mexico,” he says in reflection of heroic resistance which saw the Alamo’s small group of defenders succumb to General Antonio Lopez de Santa Anna’s Mexican 5,000-strong army after a bloody 13-day siege. But once a Texan, always a Texan. And touchingly proud.

At this point, I have to confess that my visit to The Alamo is not my first, but it’s the first time I’ve seen the monument through the eyes of an intransigent Texan. So I begin my fresh-eyed tour with Turner and his group of Wild Hogs, and gaze up at the limestone facade which has undergone many changes over the past centuries; including the reconstruction of two inner walls in 1916.

Just as its legend survives, so do the Texan Army who defended it; frontiersman, Davy Crockett and the garrison’s commanders; William Travis and Jim Bowie, whose brother invented the infamous Bowie knife. As we chatter, I soon discover that Turner not only mends fences in his spare time, he also reads history. Lots of it.

He tells me about the Spanish soldiers and priests who established San Antonio by its namesake river in 1718. By 1821, San Antonio became part of Mexico after the Mexican Revolution the same year, Stephen F. Austin – The Father of Texas, brought 300 Anglo colonists to settle the land. Over the years, the city not only battled Mexican bandits and Apaches, but also the Comanches, who unleashed their revenge on its citizens with unbridled ferocity. 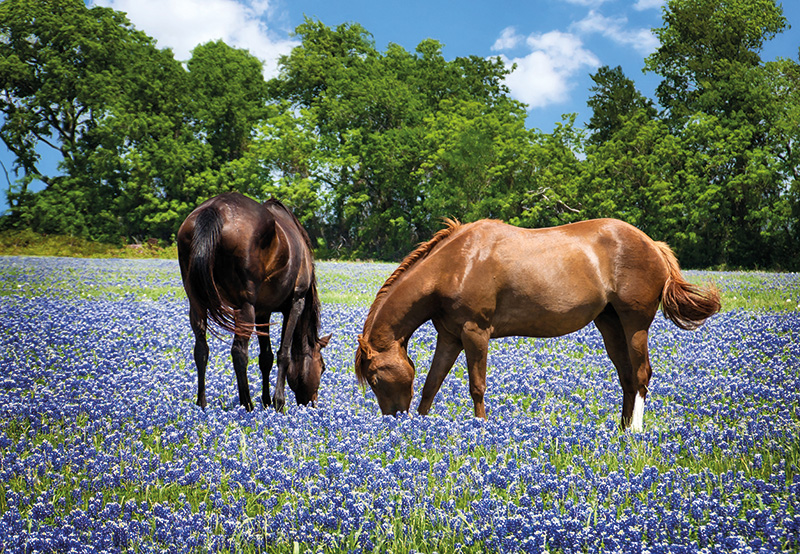 Turner manages a slight smile. “They not only took prisoners and horses but a whole mess of scalps,” he says, before another yarn is spun about the great cattle drives and of the lariat-swinging cowboys that rode through ‘San Antone’ in a blaze of trail dust after the Civil War. And just a short stroll from the Alamo, he tells me, sits the Menger Hotel where in the bar, Theodore Roosevelt rounded up his elite Rough Riders at the onset of the Spanish-American War.

At that moment, we both spot a beefy police officer sporting aviator glasses. He has one hand on his hip and the other, alarmingly close to his holster. Though his body is still, his eyes seemingly scan the crowds.

“Yes, Teddy chose well,” says Turner with a sly grin before we head to Southtown for some local, contemporary flavour. 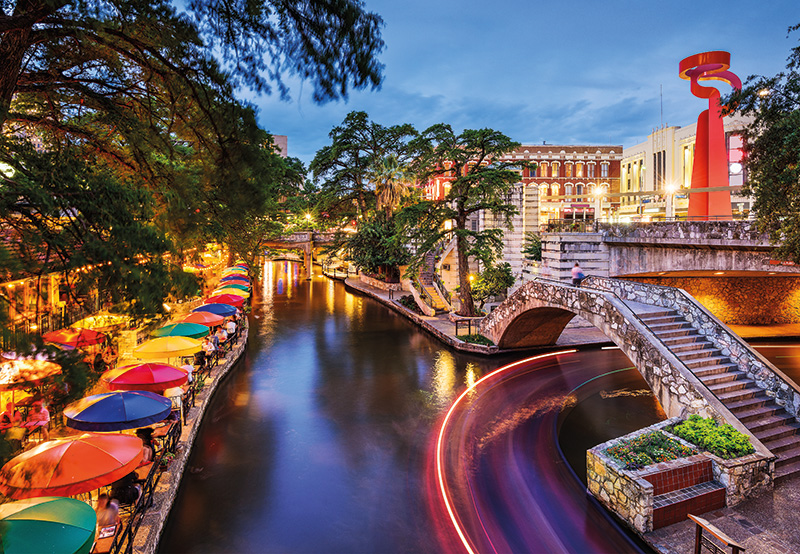 San Antonio today is almost unrecognisable from the city  I used to visit in the 1990s, with many of its neighbourhoods now bursting with swank establishments, funky coffee houses and a dose of cultural verve. In fact, the city is remarkably upbeat and breezy; an eclectic energy that always takes me  by surprise.

Over brunch at Titos, a rather cool dig on Alamo Street, Turner explains why the city cut loose as he fires up on a hot bowl of chilli, fajitas, and a mammoth-size plate of huevos rancheros. “San Antonio today is all about reinvention but without all the fuss. There’s an uncomplicated lifestyle here and folks like that,” he answers thoughtfully. “So for this reason, I come here with my buddies each year to kick back and ride through the Hill Country’s backroads and visit San Antone. It’s always a great experience as no two trips are  ever the same.”

We quickly fall into a discussion about San Antonio’s new epicurean hangouts and tapas bars which underpin much of the city’s magnetic draw, especially along the newly revamped Paseo del Rio (River Walk), a cobblestone walkway that gently snakes past a tree-lined watercourse intersected by lingering footbridges, riverside cafes and verdant parkland. In fact, the city’s inherent beauty has remained resilient just as the ageing oaks that shade the riverfront.

Walking around the River Walk, it’s impossible to avoid a new bistro or swank bar that has opened up in the last hour. Then again, the surrounding streets are also following suit; some weeded their lots; others overhauling gritty and languid buildings including the iconic, Pearl Brewery, now an establishment of hip restaurants, apartments and swish retail shops replete with San Antonio’s smart-set.

“If you step away from the serenading Mariachi bands and the tourists along the River Walk, and delve into the vibes of Alamo Heights, Southtown, King William and even good ol’ Gruene, you will discover San Antonio’s many different faces,” adds Turner. He has a point, especially as I witness the city’s surge of renewal, spawned largely by a new generation of artists, architects and gourmand chefs who have transformed the laid-back cityscape into a bedrock of pleasure-seeking pursuits.

CALL OF THE WILD TO CULTURAL CALLING 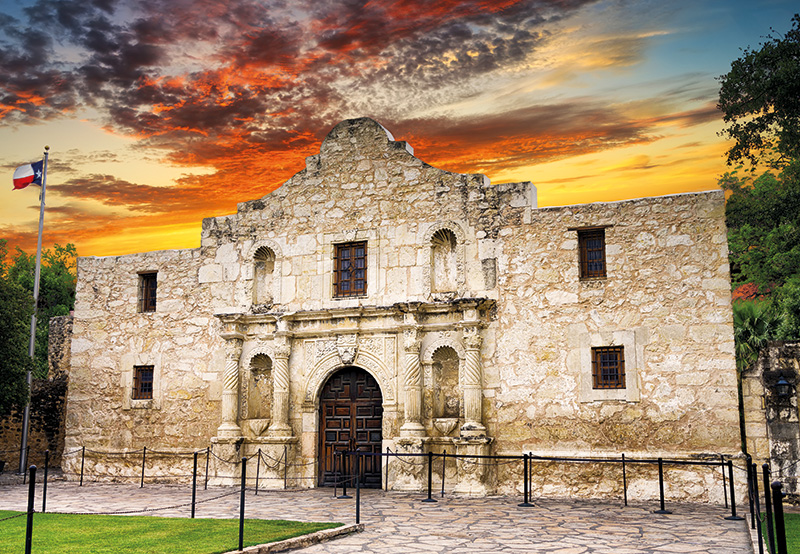 As with the influx of new places, the tourist map has become jam-packed with new and classic venues such as the Blue Arts Complex, The Buckhorn Saloon – home to the Buckhorn and the Texas Ranger Museums and the John T. Floore Country Store in Helotes; a quintessential, boot-scooting joint where the floor boards still creak, tamales are still on the menu, and country music luminaries; Patsy Cline, Willie Nelson and even Bob Dylan once sang, San Antonio Rose.

But the sweet spots for visitors still begin at the city’s nucleus – the River Walk, where gourmand, casual and farm-to-table dining experiences fall into line alongside great fiesta watering holes – some even located a few blocks away; Mi Tierra Café y Panadería, Feast, La Tuna, and Azuca for hard-hitting margaritas – gallons of them.

I soon discover that the rush for reinvention has continued along the river at Mission Reach, which I first blaze by barge and later by foot. Part of the Mission Reach Ecosystem Restoration and Recreation Project, I stand momentarily to watch kayakers paddle alongside waterfowl in the reserve’s unruffled waters as wild geese honk above brittle hardwood and marshes that frame the river’s edge. The pristine beauty  is lovely but my call is a cultural one; a hint of urban inventiveness.

Beyond the call of the wild is Museum Reach, a two-kilometre promenade that weaves past The Pearl complex; lush green terraces and bridges punctuated by fluid outdoor art – and a chorus of croaking bullfrogs, crickets, bird calls and rushing river sounds – each illustrating the natural life along the San Antonio River. As promised, its pathway also leads me to the Witte Museum just beyond the San Antonio Zoo, and the San Antonio Museum of Art before it nuzzles the Alamo and heads south to Mission Concepción, one of four Spanish missionaries – alongside Mission San José, Mission San Juan and Mission Espada – that nestle inside San Antonio Missions National Historical Park.

As with all beauty, the UNESCO World Heritage listed mission is impalpable; something exquisite that transcends beyond its graceful portals and frescos. Perhaps it was the work of the Franciscan friars who not only spread the word  of Christ but created the foundations that fashioned San Antonio’s soul.

And undoubtedly, with a hint of Spanish fiesta. •

Getting there
American Airlines flies Boeing 777 daily services from Sydney to Los Angeles and to Dallas-Fort Worth, with connecting flights to San Antonio. Also part of a code-share agreement with Qantas on trans-Pacific flights to the continental US, the service offers on-demand, interactive entertainment, AC power outlets, USB ports and WiFi capabilities throughout all cabin classes. Travellers can earn frequent flyer miles with the airline’s AAdvantage travel awards program. americanairlines.com
• Alamo Rent A Car: alamo.com