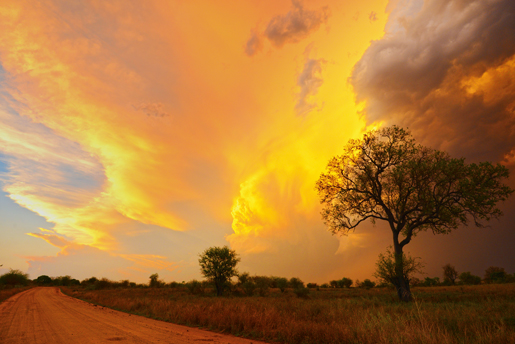 Travel to South Africa is on the rise with 10 per cent more international visitors in 2013. But how do you make the most of your visit if your goal is game viewing? Recently-returned David McGonigal compares the options.

For anyone who has driven through rural South-East Australia the scenery in South Africa’s Kruger National Park looks strangely familiar. There are open grassy plains and spindly forests around waterways and you could easily be holidaying near Parkes, NSW. That is, until a zebra crosses the road in front of you, a giraffe raises its head to chew on the treetops or the unearthly roar of a lion interrupts your sleep at night.

The common ground between here and there makes South Africa very appealing to Australians. But how do you plan your trip to maximize game viewing? There’s a wide range of options from self-drive holidays to fly-in fly-out luxury lodges. The centre of all the action is Kruger National Park on South Africa’s border with Mozambique about five hours east of Johannesburg. This vast game reserve of two million hectares is surrounded by numerous private reserves (many in the Sabi Sands region) that run on far more flexible rules than Kruger itself.

Nothing quite prepares you for a trip into Kruger, although the hazard signs as you near the park warning to watch out for hippos crossing are a surreal reminder that you are approaching a park with such an abundance and variety of animals that you easily imagine that David Attenborough might pop out from behind the next Baobab tree. 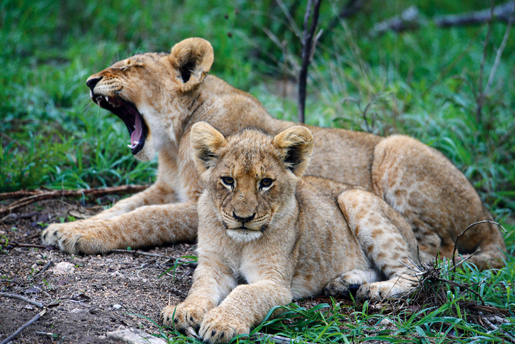 While an easy self-drive holiday, Kruger is an animal kingdom with its own challenges. Earlier this year there was some YouTube footage of a Kruger elephant rolling over a blue VW Polo (Google “Elephant attack Kruger 2014”) which got too close. It should be compulsory viewing for anyone visiting Kruger for the first time as it shows so many mistakes but no rule breaking. The English woman who was driving was gored through the thigh but survived – the elephant was later shot by rangers.

Kruger’s rules include common-sense thing such as ‘Don’t drive off formed roads, don’t get out of the vehicle except in camps and rest areas and don’t drive at night’. In fact you must be at your accommodation or out of the park by dark. That still allows considerable latitude to get into trouble when elephants wander into rest areas and lions can be anywhere. That insecurity is part of the joy, too.

Private parks set their own rules. Generally, your excursions are with a guide and tracker and, while you lose some independence, you see a lot more than you would find on your own. Also, they can drive where they like so if the animals are away from the road, that’s not an issue. It certainly produces better photographs.

In Kruger, if you can take a well-framed photograph you’re lucky because the animal has to be close to the road, you are taking the shot through the car window (preferably open) and you can only move forward or back along the road to reframe the image. In a private park you’ll be in an open 4WD with a lot more vision. Indeed, the best way to get cracker images is to use a long lens with a tripod or monopod and either would require high-level contortions in a rental sedan.

Of course, the private game lodges offer luxurious surrounds, excellent cuisine, an abundance of staff and great South African wines and beers are generally included. The standard accommodation in Kruger is the rondavel, a small circular hut with basic bed and bathroom – and perhaps an outside cooking area with a small raised BBQ (that’s a braai in local parlance). It’s not permitted to bring alcohol into Kruger unless you have in-park accommodation pre-booked. Another option is to bring nothing and eat at the cafeterias at many of the camps.

Self-driving can be incredibly rewarding. Finding your own animals, encountering a solo rhino by a waterhole, a timid teen giraffe, a curious family of baboons or a rumbling herd of buffalo can all be encountered within a single afternoon.

Kruger’s camps are protected by wire mesh fences that don’t deter all creatures. At night, my flashlight revealed hyenas seeking entry and we’d only been asleep for minutes before a crash outside revealed that a honey badger had knocked over our bin to get our steak scraps. When I opened the door he simply took his spoils and tried his luck at the next chalet.

Despite wide divergence in the level of comfort and cuisine, perhaps the biggest difference between Kruger and a private lodge is guiding. There are some guided tours by Kruger rangers but generally you are left to your own devices. At a private lodge the standard schedule is that you are woken pre-dawn and set out on a game drive with both guide and tracker for a few hours, returning for brunch and lazing around in the midday heat before heading out with your guide and tracker again towards dusk. Generally, you may stop out in the bush for “sundowners” and return after dark for dinner. Then it’s time to fall into bed with the alarm set for tomorrow’s pre-dawn start. 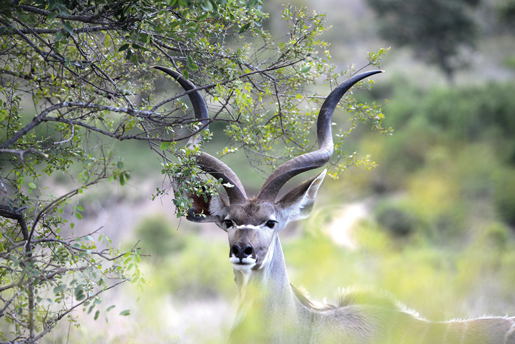 Within the previous paragraph lies a world of difference. On a scale of African wildlife knowledge an Australian on a first visit to Africa may be at 10 per cent rising to 30 per cent on subsequent visits. Your guide is probably at about 60-80 per cent and his accompanying tracker is about 80-90 per cent. So they will go looking for creatures and wildlife experiences for you that you won’t even know exist. That’s a huge advantage to taking a guided African holiday.

Under their guidance you can do a couple of things you certainly can’t do on your own. You can get out of your vehicle to take a closer look at bones or plants or geology. And you can stay out after dark, when the big predators are on the prowl. By headlight and torchlight the African bush is a very different, more foreboding, place.

Not only does your guide know where to take you but he’s on private land or concession and can drive you there. The 4WD vehicle is not merely for show and you may find yourself being driven up sheer creek banks or crunching over bushes and logs. That is completely different from being restricted to roads in Kruger (and then only in daylight hours).

Of course, being led by an expert guide takes away the possibility that you’ll stumble across a wildlife encounter by yourself. While Kruger is likely to deliver elephants, giraffe, hippos, zebra and buffalo to everyone who visits, the predators may be more elusive. So too the lesser antelopes. Driving out of Kruger after my first visit several years ago I was surprised to have a Klipspringer (an antelope just 50 cm tall) hop out of the scrub and take refuge under our small rental car. Next on the scene was the juvenile lion that had been pursuing it. Standoff. I had limited time to reach the park gate before it closed and I was fined. But if I drove off it’d be a cute aperitif. If I stayed the lion might decide we’d be a tasty main course. It was resolved (for us, at least) when the Klipspringer bounced away towards a rocky rise, pursued by the lion. Of course, back in Australia that became a tale of my lion-hunting prowess.

South Africa seems to fire the Australian traveller’s imagination like few other destinations. Invariably the question is “what is the best way to discover the wildlife?” I recommend that you first stay in a private game lodge where you’ll see a lot and learn a lot. There’s a good chance that you’ll want to return. Then there will be the quandary: do you return to the pampered life and remarkable experiences of a lodge or do you chance it on your own on a self-drive game holiday, the way many South Africans do? The indulgent ideal is to take more time and do both. • 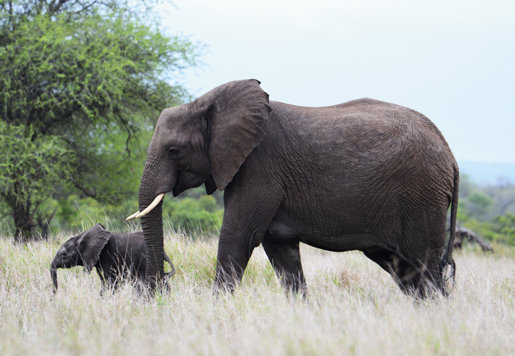 Getting Around
You can fly into Kruger and Londolozi and other private lodges or rent a car in Johannesburg for the five-hour drive.

While these game areas are year-round destinations winter and spring are dry and the vegetation is thinner so it’s easy to spot game. Avoid Kruger during South African school holidays.