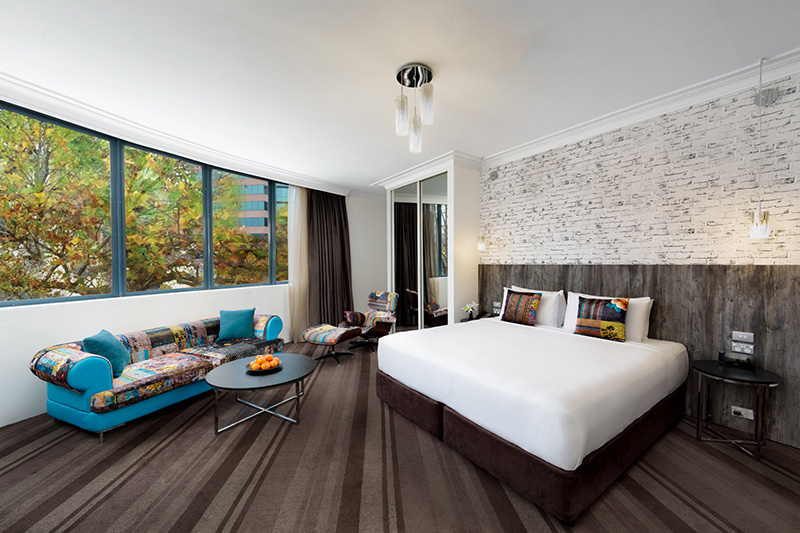 Thanks to a $10 million overhaul earlier this year, the Rydges Sydney Central raises the bar for properties of its ilk for many reasons.

With all new rooms, brand new upscale executive suites, bespoke furnishings, a rooftop terrace, and indoor pool with the kind of sparkling twilight ceiling usually found only in resort-style properties, the redesign sees the business class hotel equally suited to those travelling for R&R as well as work. An added bonus is its location on Elizabeth Street directly opposite Central Railway Station which makes it a perfect base for every traveller and tourist – from families to couples, to people on short stays – to be walking distance to all city sights and theatres while staying in a relaxed environment with Surry Hills’ cafes, restaurants, bars and coffee shops on the doorstep. 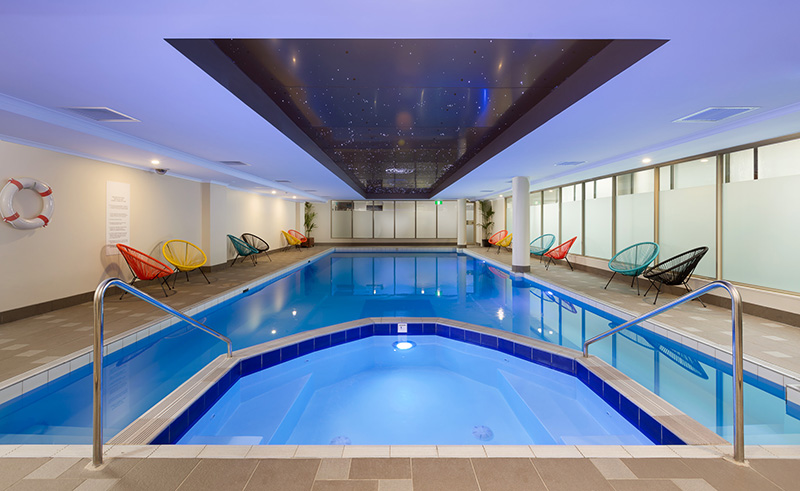 The major refurbishment has resulted in Rydges Sydney Central offering two entirely new floors of 38 executive rooms and four premium corner suites. All other 271 guest rooms have also been completely refurbished. The Sydney Brewery is soon to take up residence on the ground floor corner inside the hotel which will inject even more vibrancy into the property as well as the area.

We stayed in one of the new executive corner suites, a large, comfortable room with views over Surry Hills to the city skyline beyond. Surprisingly for its location on the corner of Albion Street and busy Elizabeth Street, the room was whisper quiet and quite serene. Convenience and efficiency are hallmarks of the redesign, with handy touches such as more shelving than usual in bathroom cabinetry and USB points installed throughout key locations in the room, as well as all new 49 inch LED/LCD TV’s and an upgraded movie streaming service. 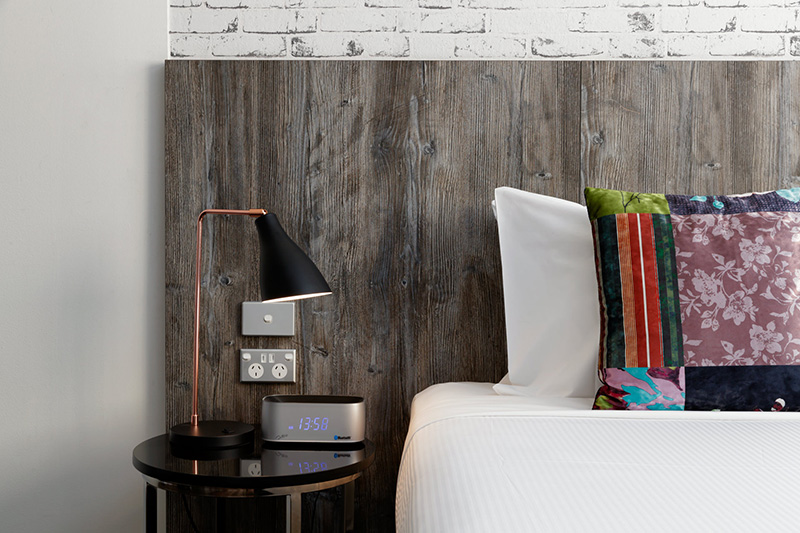 Exposed brick-look bedheads, and dark blue carpets offset by brightly coloured Barcelona-style chairs and lounges give the rooms a contemporary feel. Cute little touches like the Dominoes and Pick-Up Sticks available for purchase on the mini-bar add an element of fun.

The hotel offers value-for-money parking in its own underground basement station too, just $44 for 24 hours instead of the $60-plus-a-day charged by most major parking stations. Staff are wonderfully friendly and knowledgeable and were particularly helpful calling cabs when we were cutting it fine to make a theatre show on time.