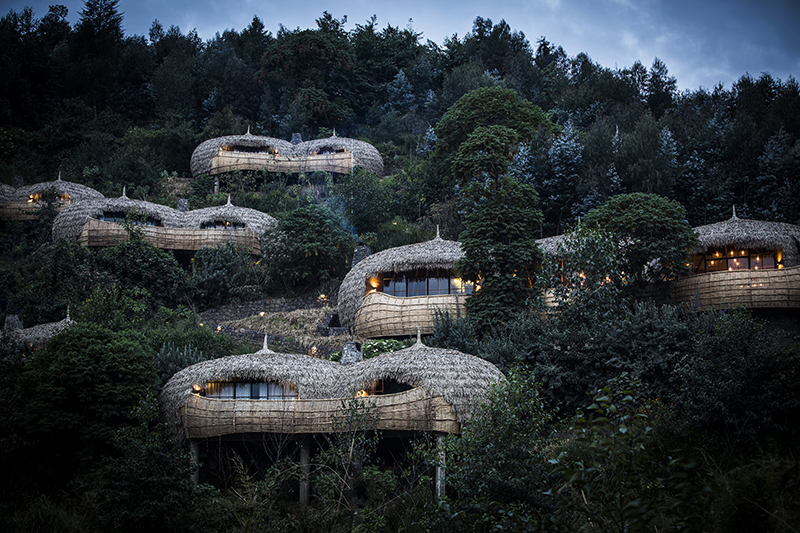 Africa has a new star and its name is Bisate Lodge in Rwanda.

Situated in the natural amphitheatre of an eroded volcanic cone, Bisate, which means ‘pieces’ in the local Kinyarwanda language, has six striking rooms that maximise the location, giving dramatic views of the surrounding volcanoes, Bisoke, Karisimbi and Mikeno. 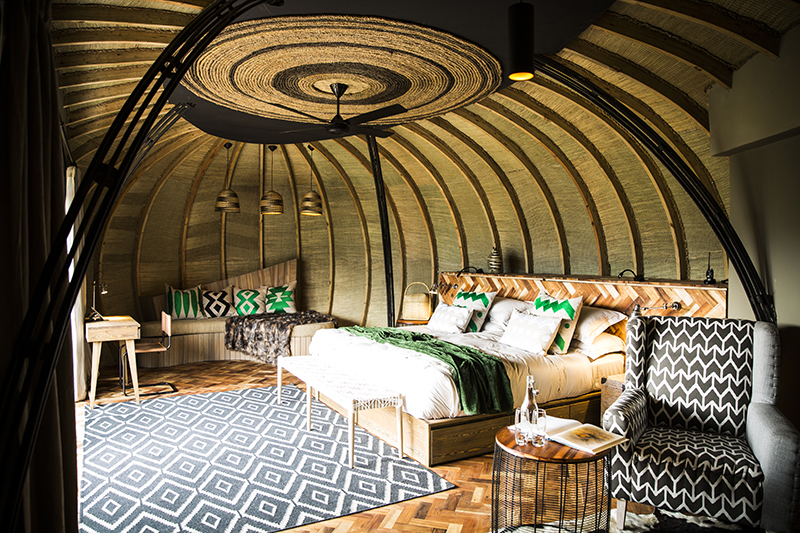 Gorilla treks are very popular in this area and Bisate Lodge is not far from Volcanoes National Park Headquarters where gorilla treks depart daily. Trekking through this wilderness and coming face-to-face with magnificent gorillas is unforgettable.

Guests can also hike to Karisoke, site of the research camp and grave of Dian Fossey, who educated the world about gorillas through her research. Those who hike through the National Park can also take part in the reforestation program. 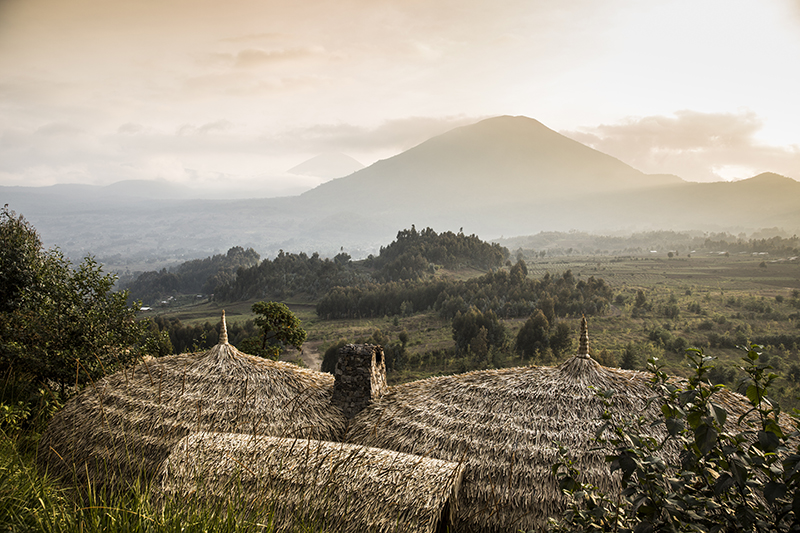