That’s Lord Byron, describing the Rhine river in his epic poem, Childe Harold’s Pilgrimage, first published in 1812. As one of the leading Romanticists of his time, Byron did more than anyone else to popularise Germany’s main river as a travel destination. Of course it helps that, historically, nobody from the Romans onward seems to have been able to pass a riverside knoll here without sticking some sort of castle or fortress on the top of it. 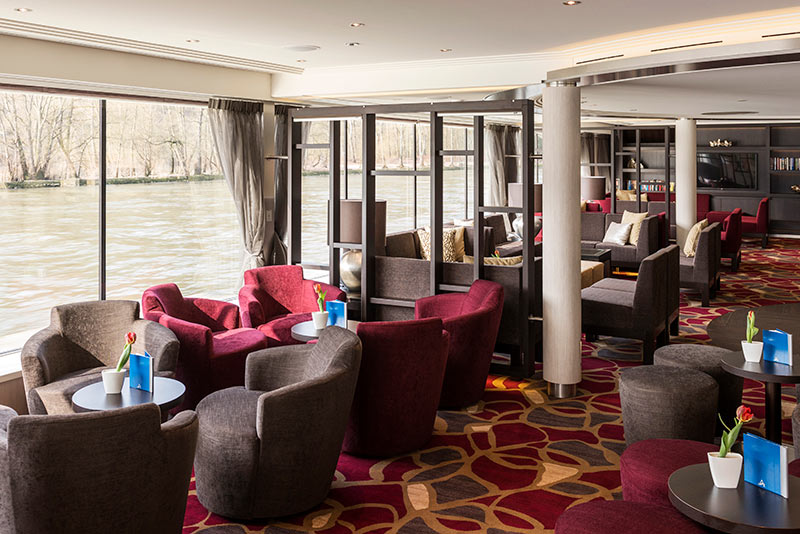 Romanticising the Rhine
This was startlingly evident as we sat on the top deck of the Avalon Imagery II with a Xeroxed list of castles on what Romanian-born cruise director Hans Beckert calls “the most beautiful section of the Rhine” between Heidesheim and Königswinter.

On the list there are more than a dozen separate castles, towers, palatial homes and fortresses, which appear before us in various stages of undress, plus the famous Lorelei Rock on which a siren is said to have sat and lured sailors to their doom with her irresistible songs.

One such castle is Schloss Drachenburg on Drachenfels rock, which Byron described thus: “The castled crag of Drachenfels, Frowns o’er the wide and winding Rhine, Whose breast of waters broadly swells, Between the banks which bear the vine…”

In fact, the ruins of Drachenburg but Byron’s castled crags come so thick and fast on both banks that you need a head on a swivel to catch them all. 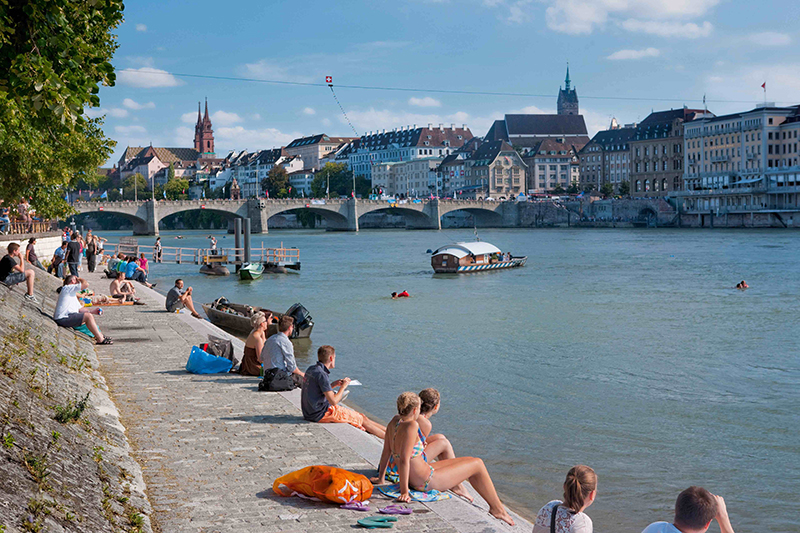 People-watching on the Rhine
Of course, Byron wasn’t the first to write about the Rhine. There’s something about this waterway that brings out the poet in people. There’s the Nibelungenlied (The Song of the Nibelungs), for instance, an epic poem from around 1200, which tells of a tragic love story that ends with a hoard of gold (Das Rheingold) being thrown into the Rhine.

This, in turn, inspired Richard Wagner’s opera Der Ring des Nibelungen in which three mermaid-like Rheinmaidens patrol the river to protect the Rheingold. Imagine Game of Thrones strained through a Brothers Grimm fairytale and you pretty much have, in a nutshell, but without the dragons, Avalon Waterways’ deluxe seven-night Romantic Rhine river cruise from Basel to Amsterdam (or vice versa).

Landscapes inspire poetry
Throughout, quite apart from gothic castles, the banks are peppered with quiet riverside hamlets that seem to have sidestepped time, where cobblestoned streets lined with pollarded sycamore trees wend their way around half-timbered houses topped with steep, ochre-coloured roofs.

In addition to the pleasure of simply watching the world go by from the top deck, there are excursions (included and optional at extra cost) to stunning Strasbourg, the Black Forest, big city Cologne, breathtaking Colmar and the World War II Maginot Line. One of my favourite stops is at Rüdesheim, a town I’d never heard of before but is said to be one of the most visited in Germany. 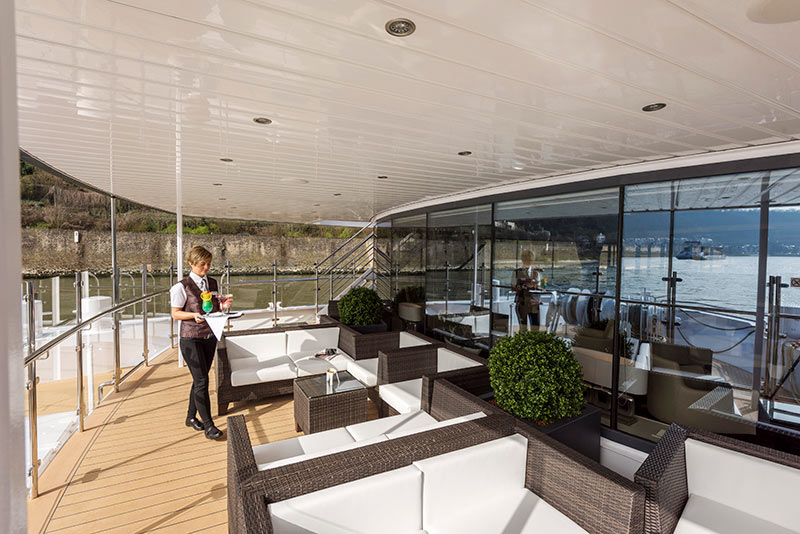 On Rhine time
Here we visited the beautifully eccentric and wonderfully named Siegfried’s Mechanical Musical Instrument Museum, which does what it says on the box, and had enough spare time to take the little gondola lift up to the lookout above town.

The gondola ride was a highlight, sliding silently above the extensive vineyards on the gentle rise behind the town and affording amazing views of the river and the surrounding countryside. Only afterwards do I discover that Elvis Presley’s 1960 movie G.I. Blues was partially filmed here – and that in one scene Elvis warbles Pocketful of Rainbows to co-star Juliet Prowse as they ride the very same gondola. Or at least one very similar with stock footage of Rüdesheim and the Rhine running in the background. 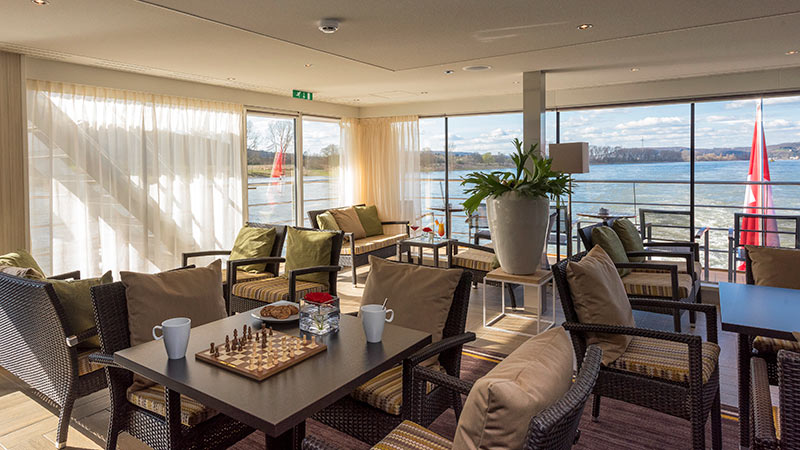 On the grapevine
At one point, poor old Prowse, who has no idea what musical torture Elvis is about to unleash on her, says: “The vineyards underneath of us have been in existence for over 300 years.” Well, make that 358 years now but it’s no less impressive – and with the added advantage that you don’t have to fight off a priapic Presley.

A short walk through forested gardens at the top brings you to the lookout, which is dominated by the giant Niederwalddenkmal. This 38-metre tall monument was built from 1871-73 to commemorate the end of the Franco-Prussian War and the founding of a unified Germany. 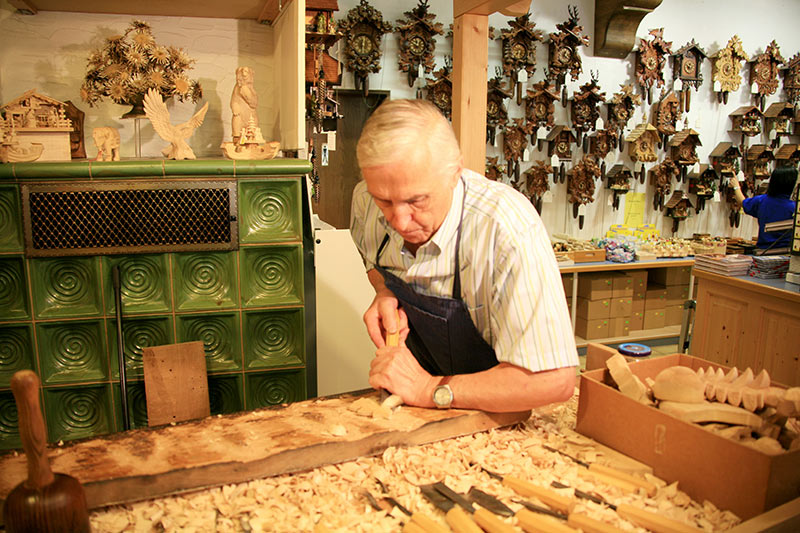 It’s a shore thing
On the way back to the ship I stop at a restaurant in the old town’s narrow lane, Drosselgasse, to take advantage of a complimentary Rudesheimer Kaffee for Avalon Imagery II guests. As much a local landmark as the Niederwalddenkmal, this is served in specially designed cups and consists of the strong local Asbach Uralt brandy, sugar cubes and coffee topped with whipped cream. It packs one hell of a punch; so I have two. I think Byron would have approved. 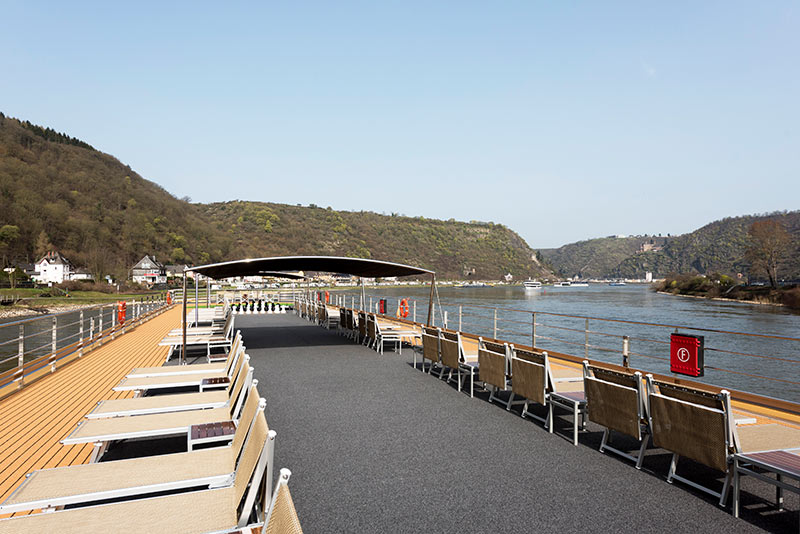 TRAVEL FACTS
Getting there
Cathay Pacific Airways flies from all the major Australian cities to Zurich via Hong Kong. cathaypacific.com

More information
Avalon Waterways’ Romantic Rhine cruise from Basel to Amsterdam runs between April and November, in both northbound and southbound directions. Cruise prices include all meals, daily excursions and beer and wine at lunch and dinner. avalonwaterways.com.au

All photography by Dirk Verwoerd, Lighthouse Productions and iStock.

The best ways to cruise around Europe at your own pace