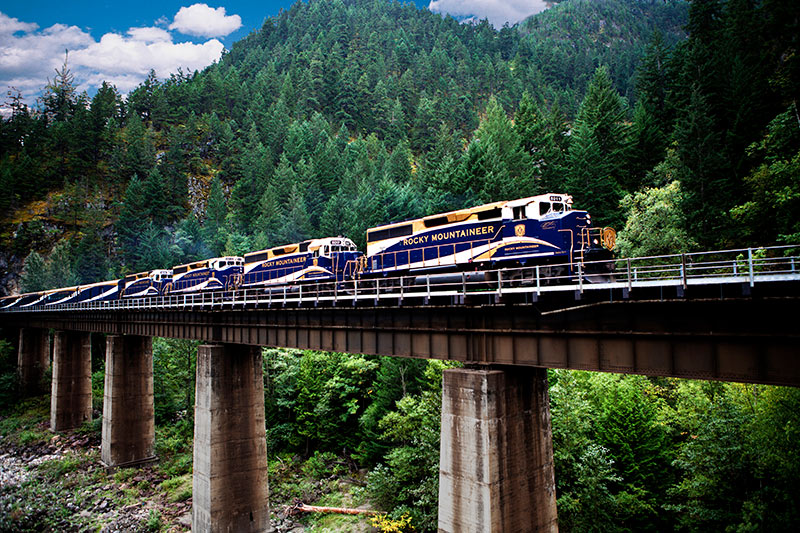 The Rocky Mountaineer is such a civilised way to see Canada’s British Columbia. It’s also a very Zen way to clear the head. There’s something very meditative about the rhythmic rumbling and clickety-clacking that is incredibly appealing and soothing to the soul. And there’s no amount of photo filters that can improve on those views. 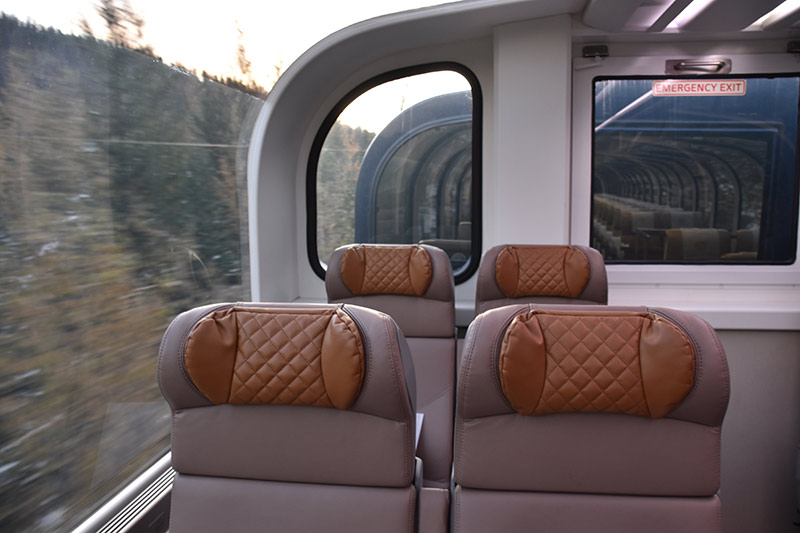 Moving journey
From where I’m sitting, in seat number 42C, it quickly becomes apparent why the World Travel Awards named the Rocky Mountaineer the World’s Leading Travel Experience by Train as everything from the service to the ever-changing scenery is world class. 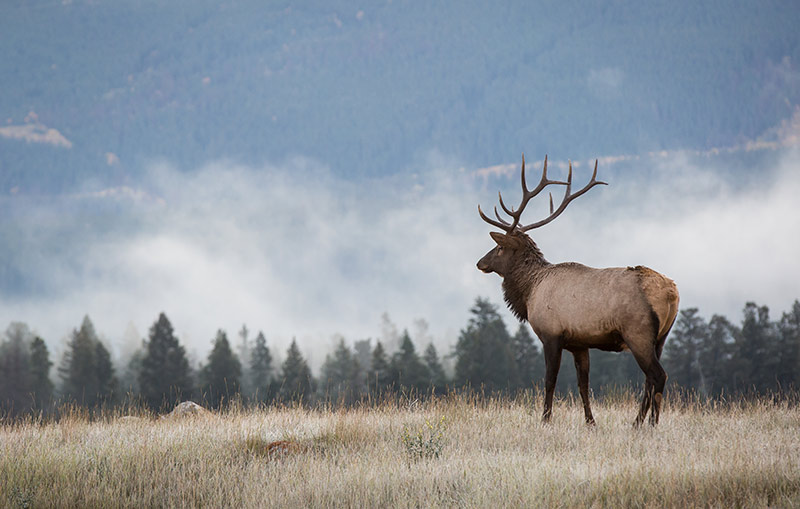 Historic rail route
The evolving view is like a carousel of images with a reel that changes from dreamy to dramatic and back again: cue elk wandering through autumn-hued woodlands; rustic red barns; old-growth forests; fields packed with snow; and lolly-green subalpine lakes that mirror those legendary mountain peaks. 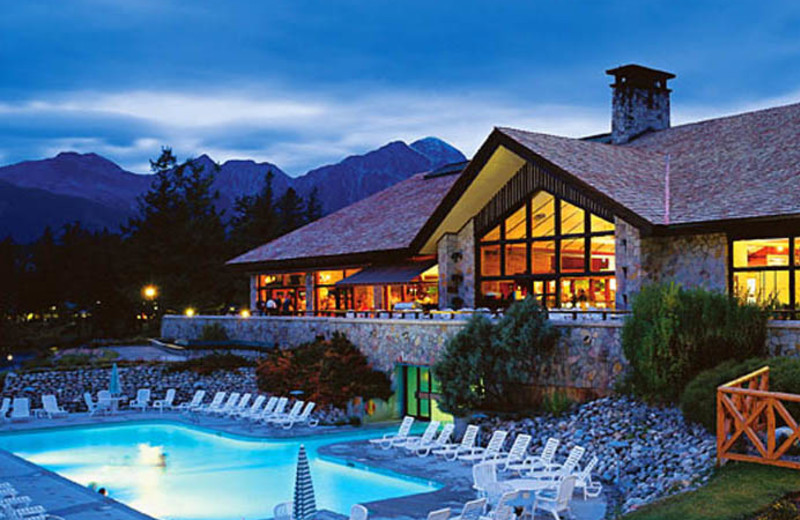 Experience unforgettable
After staying the night in the luxury Fairmont Jasper Park Lodge, we board the bi-level luxury coach in Jasper where we pick up the First Passage to the West route to Vancouver via Banff. Kamloops is known as the ‘meeting place’ as it’s where the North Thompson and South Thompson rivers converge. The Rocky Mountaineer operates a fleet of nine locomotives, 30 passenger coaches and 21 power and supply cars on its various routes through the Rockies. Of the passenger coaches, 16 are GoldLeaf Service and 14 are SilverLeaf Service. 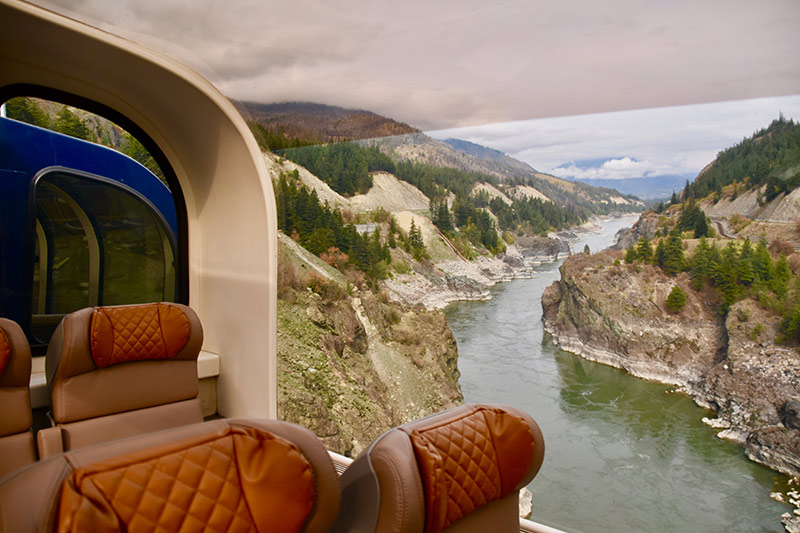 Gold standard
We’re lucky enough to be in a GoldLeaf carriage with a glass dome roof as the train rolls out of Jasper towards B.C.’s vast interior. The first scheduled transcontinental train trip after the completion of the Canadian Pacific Railway was in late 1885. We toast to the spirit of those early railway pioneers with a Welcome Aboard mocktail as we start our three-day journey tracing their tracks through the canyon. 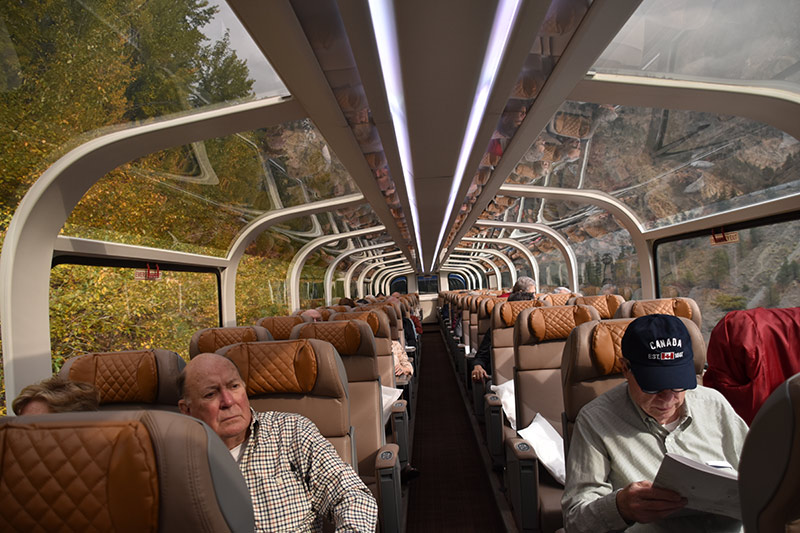 Reflective moods
The GoldLeaf carriages on the train are clad in expensive leather, all mocha, caramel and vanilla tones, and the passengers take great pride in looking swish in their seats with tailored attire that is on the dressier side. Most of the passengers are middle-aged and older and there’s a mix of Americans, Canadians, Australians and Brits. There’s currently no WiFi on the train and it’s all the better for it as the journey is more about social connections than updating Insta feeds. 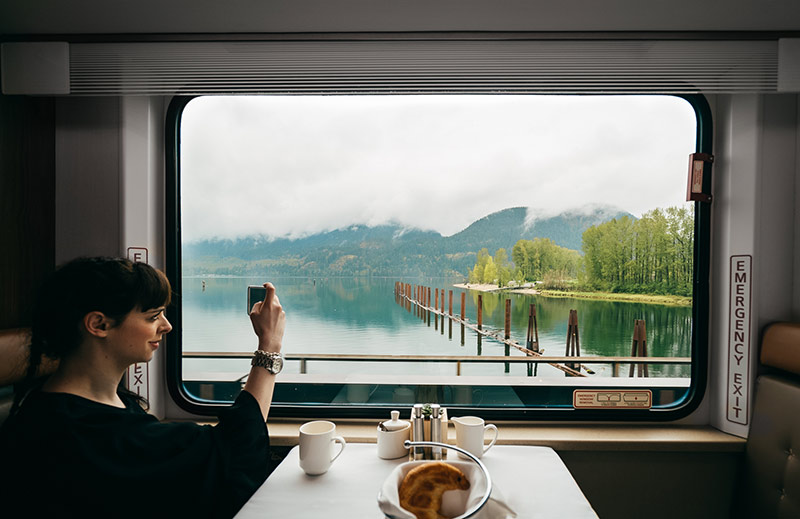 Dream journey
Meal seatings are staggered and for breakfast, we’re in the second sitting seated next to Wendy and Roger Sanders, of Oakville, Ontario who are celebrating their 50th wedding anniversary.   The couple, both 71, say they have been dreaming of taking this journey for decades. 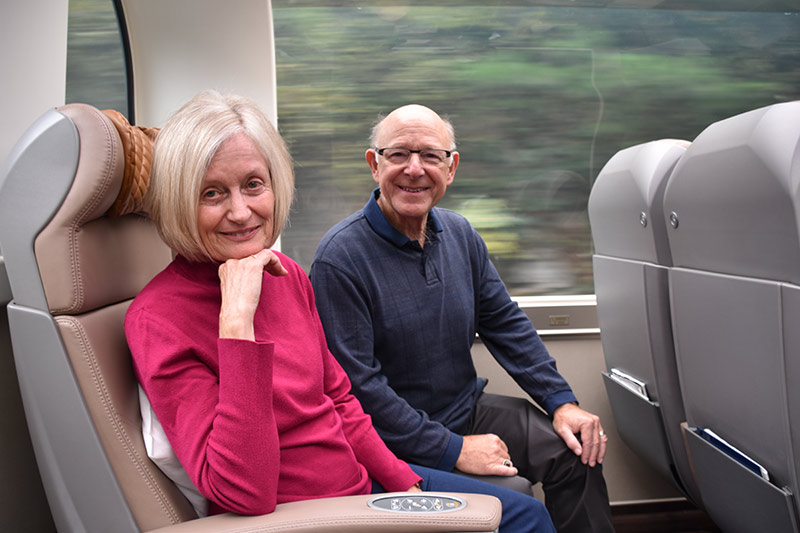 Memories and milestones
“We lived in England for 30 years and so spent a long time out of Canada. When we came back here, we knew we had to do this trip. We’ve seen many of the world’s great architectural masterpieces and we love seeing the world’s great natural masterpieces, too,” says Roger. “I’m not a trainspotter. But my grandfather was a train engineer and I’ve always enjoyed the trains. I have his pocket watch, which he used to time everything on the railway. He would have loved this train journey,” he says. 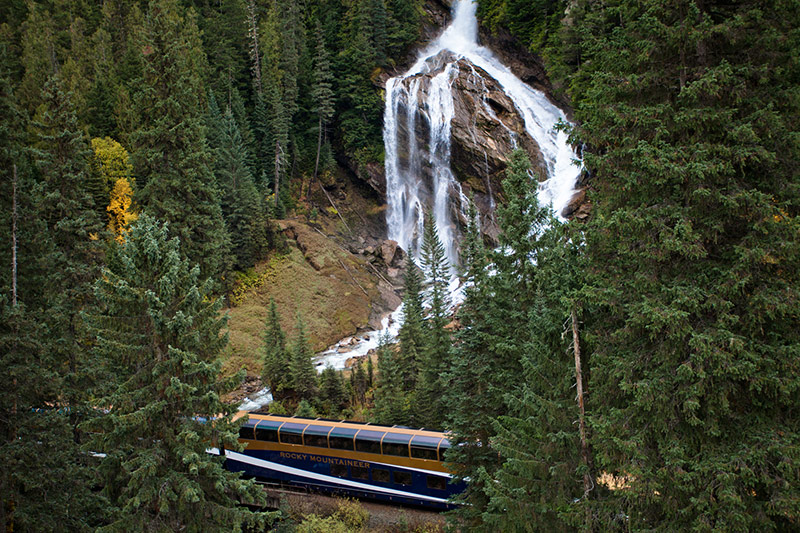 Social atmosphere
Mealtime onboard the Rocky Mountaineer has been a much-talked about highlight since the rail tour company’s inception in 1990. Breakfast and lunch are served a la carte in the dining car on tables set with flower arrangements, baskets of bread, gleaming silverware and starched white linen. It’s a social, convivial atmosphere as the drinks flow freely and strangers become friends while exchanging email addresses and deeply personal anecdotes about their lives. 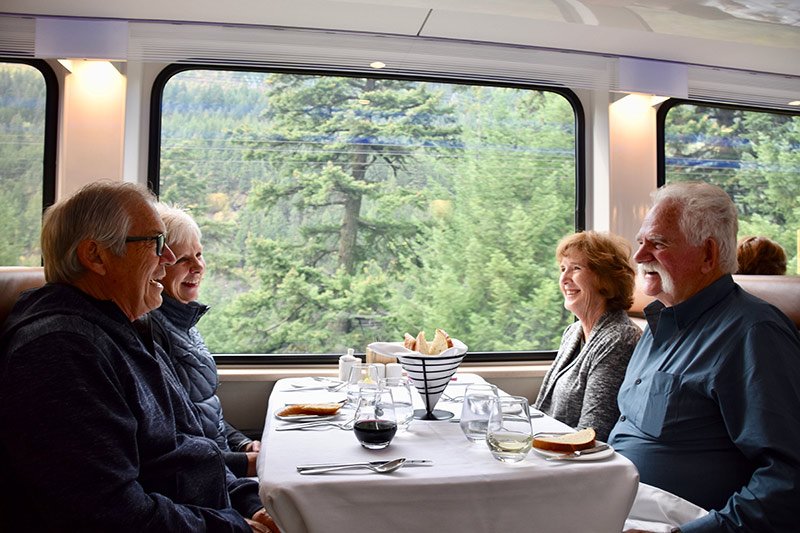 Mealtimes on the move
Each meal is a sit-down affair and sous chef Jodie Taylor prepares farm-to-table fare that embraces local ingredients from the Fraser Valley we are travelling through. There’s something very special about enjoying blueberry pancakes for breakfast, Fraser Valley chicken and roasted salmon for lunch knowing the produce has been sourced from our surrounds. 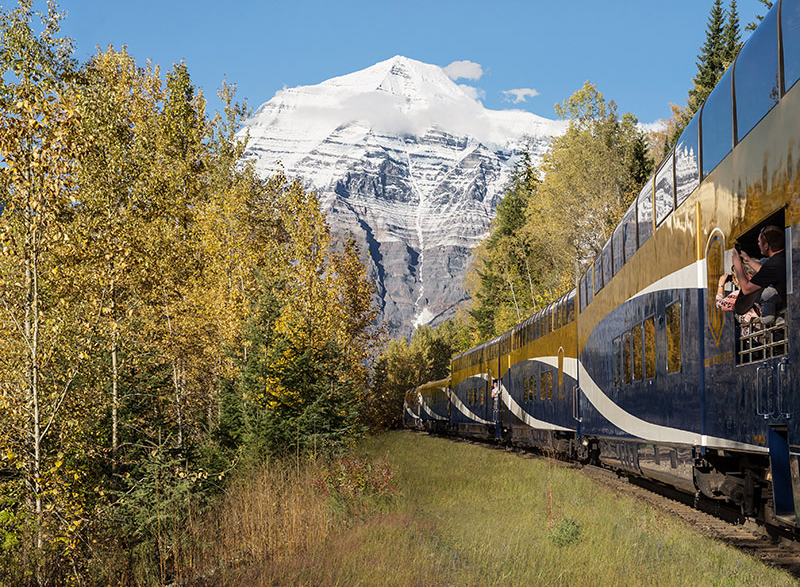 Beautiful B.C.
In between meals, passengers return to their seats to observe snapshots of the countryside sliding past the picture windows. On day one, we travel a distance of 441 km from Jasper to Kamloops past old-growth forests, roaring rapids, canyons and alpine meadows. To stretch the legs, you can stand in the open-air vestibule, where you can feel the cool wind in your hair and watch the train as it snakes its way through the landscape like a giant serpent. 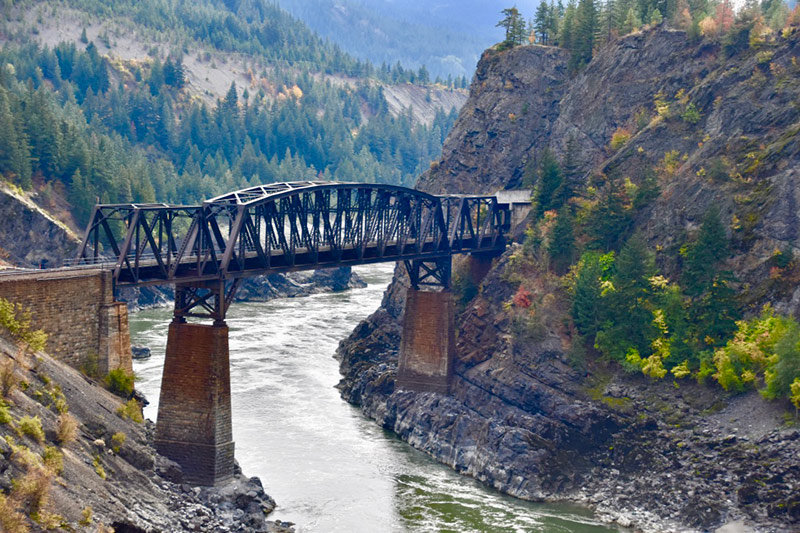 Tunnel vision
While travelling through the wild beauty of Canada’s west, the luxurious train slows down at some of the major attractions such as the Fraser River Swing Bridge, the Jaws of Death Gorge, Yellowhead Lake, Fort Langley, Pyramid Falls and the majestic Mount Robson, the highest peak in the Canadian Rockies. 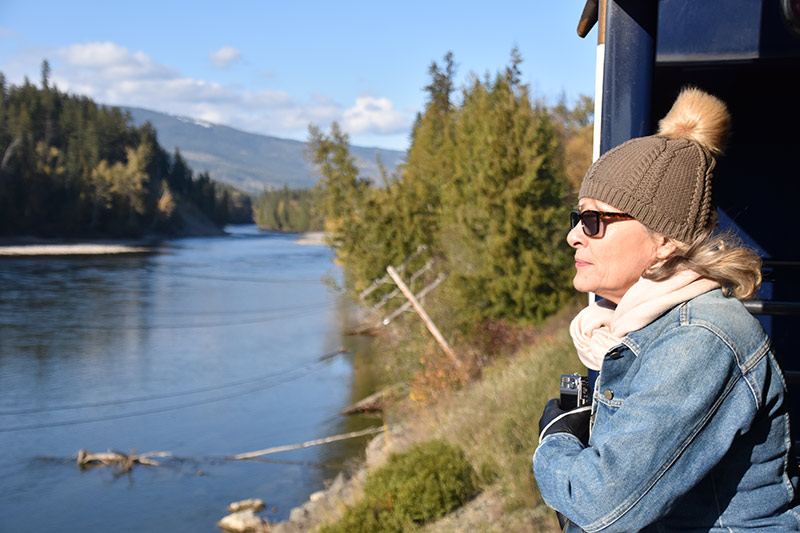 Go west
While the Passage to the West route threads through some of Canada’s most scenic countryside it also encourages passengers to explore beyond the rail route to hike its hills, canyons and lakes. The routes the rail network travels on are called subdivisions. We are onboard the Vancouver-Kamloops Ashcroft-Yale subdivision and on day two travel 460 km from Kamloops to Vancouver. 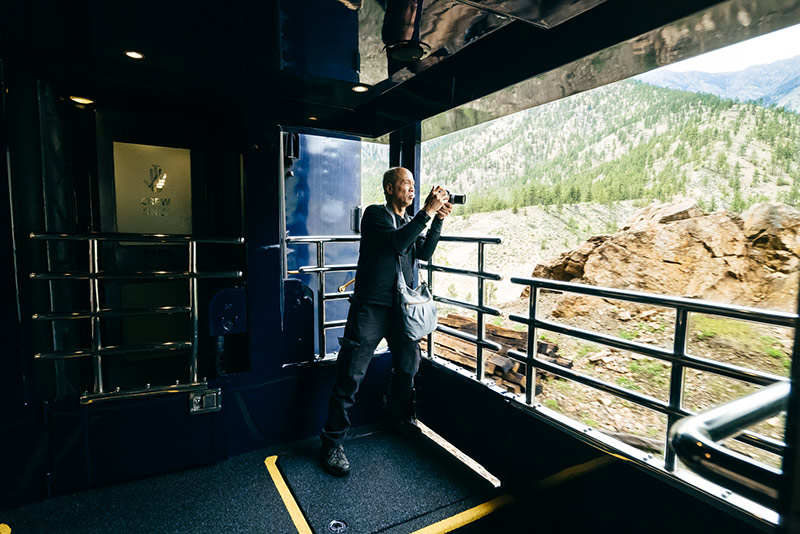 The bigger picture
With a dog-eared copy of the rail route map laid out on my lap, I keep my eyes trained on the landscape abutting the tracks as my gaze shifts from the spiral tunnels to a soaring bald eagle, a herd of big-horned sheep, and a lone fisherman dwarfed by the Rockies’ looming crags. 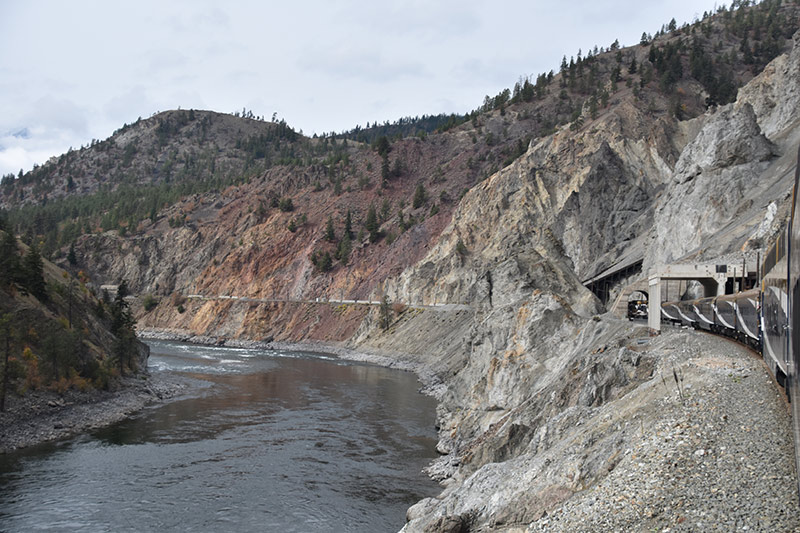 Copper-stained cliffs
All too soon, after hours winding through the canyons., the scenery starts to change from shrubby sage brush and copper-stained cliffs into car yards full of rusted-out pick-up trucks, suburban streets of colourful bungalows and autumnal trees in various stages of undress. 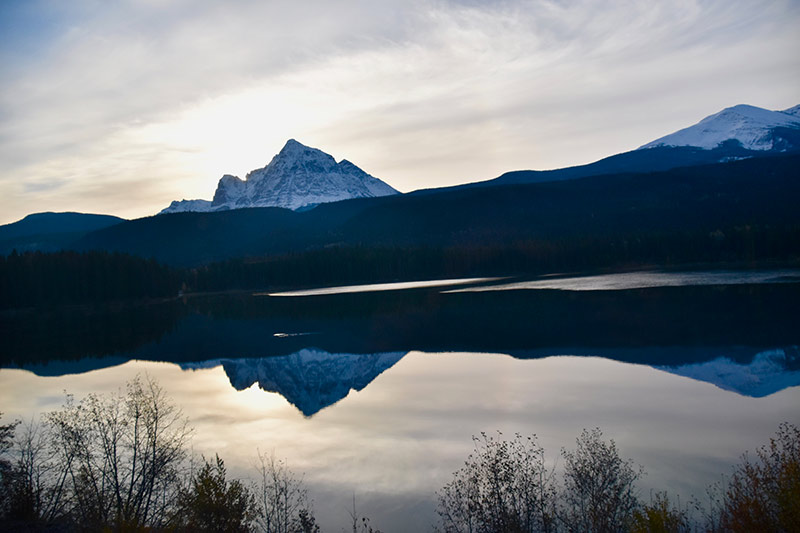 Oh Canada
When the Rocky Mountaineer finally rumbles and jerks into the terminus in Vancouver, and the hour for disembarking arrives, I step out into the cold air with a purposeful stride.  As well as being an opportunity to really see the country, carving my way through the Canadian Rockies was about slowing down for long enough to sit and be and look at life’s bigger picture.

Carla Grossetti travelled as a guest of the Rocky Mountaineer.

Getting there
Qantas offers direct flights from Sydney to Vancouver, while Air Canada offers direct services from both Sydney and Melbourne.

There are four new off-train Rocky Mountaineer experiences to add to 2019 packages where guests will be able to explore the new destinations by rental car, helicopter or on foot.  A four-day First Passage to the West Classic, Vancouver-Banff includes three nights’ accommodation.  Visit rockymountaineer.com